Greetings, this has been our understanding as far as I can remember. The Fed has stated unequivocally that he intends to accelerate the date for the taper. The Fed mandate is employment and bring back inflation, both seem to be happening. Still Mr. mkt did not react, or did it? in some segments.

Maybe other will wonder as well, can you comment pls

Thank you for this question. I agree, David often said “the Fed has killed off more bull markets than all other factors combined”. Therefore, we need to pay attention to what the Fed is saying in terms of their willingness to introduce a quick pace of tapering and to begin a new interest rate hiking cycle.

The first point is that the beginning of a new interest rate hiking cycle is generally viewed as a vote of confidence in the sustainability of the economic recovery. This cycle is very different from those we have already lived through, so it is important to parse out those differences.

I believe the most important is that we have not yet gone through a mass bankruptcy stage. It’s true that many brick-and-mortar stores closed, but the availability of credit helped to sustain a lot of weak business models that have yet to fold. Bans of evictions are only just beginning so there is a slow burn risk factor that could act as a drag on growth for the next couple of years. Nevertheless, there is currently no sign of stress in the high yield sector yet. 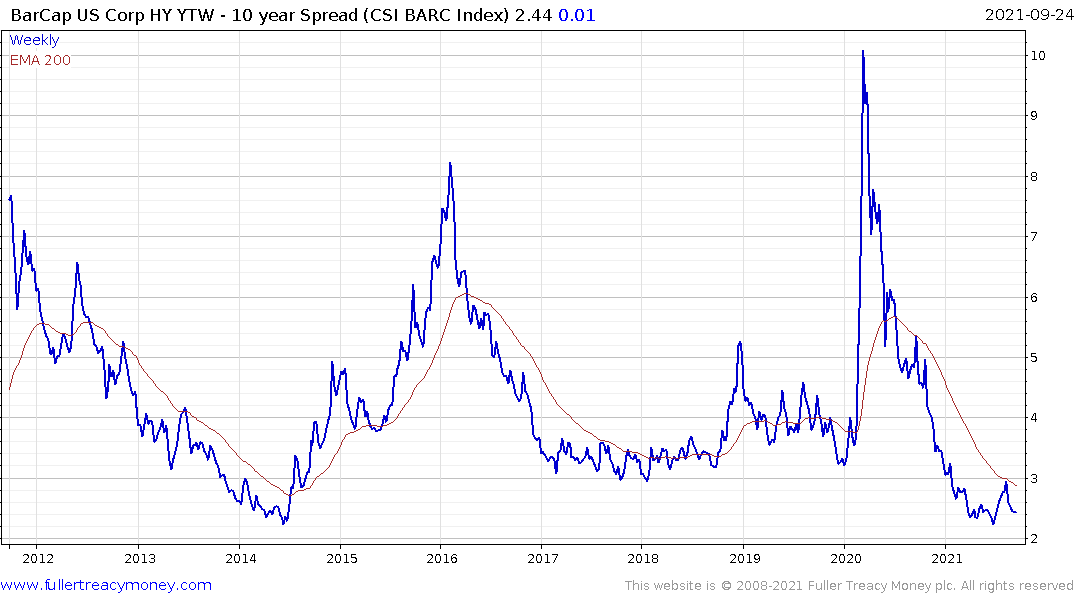 More than any other factor I think that is the primary reason there has been a relatively muted response to the taper announcement. Investors just don’t believe the Fed will be able to achieve its ambitious goals of even mild policy normalisation. 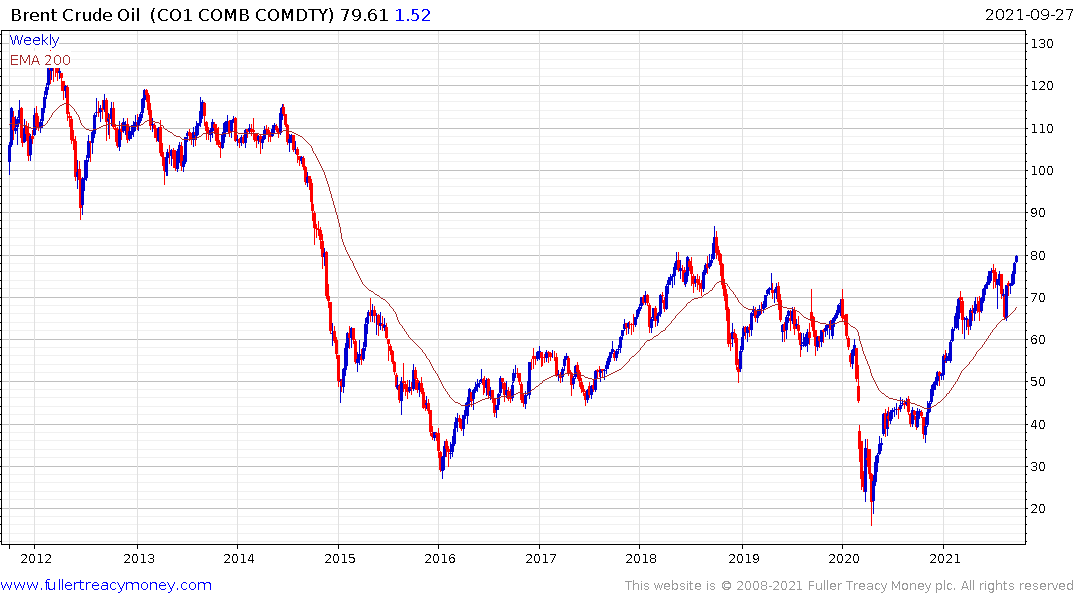 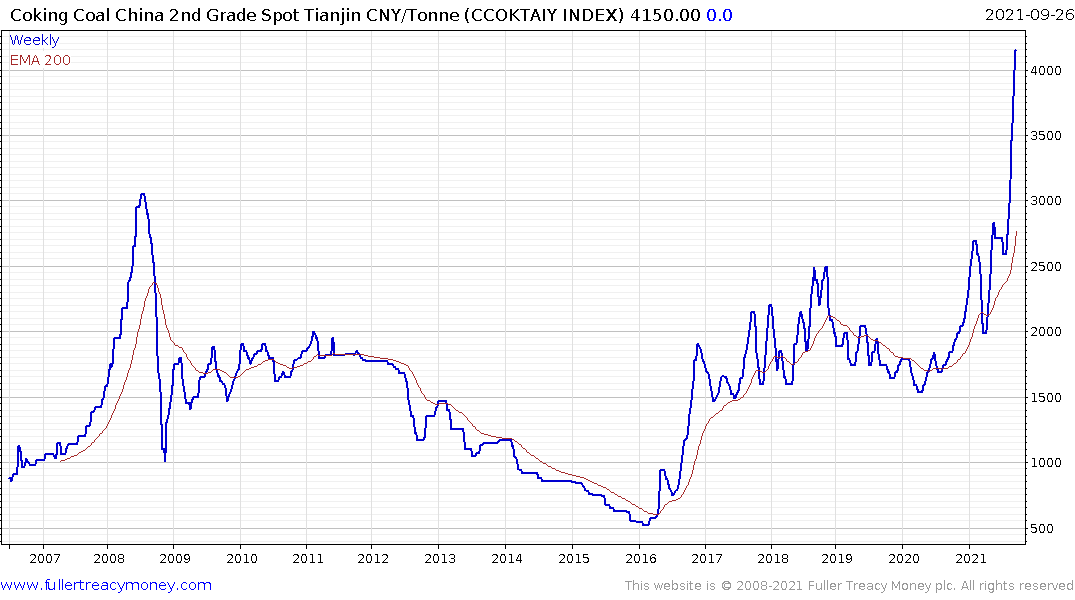 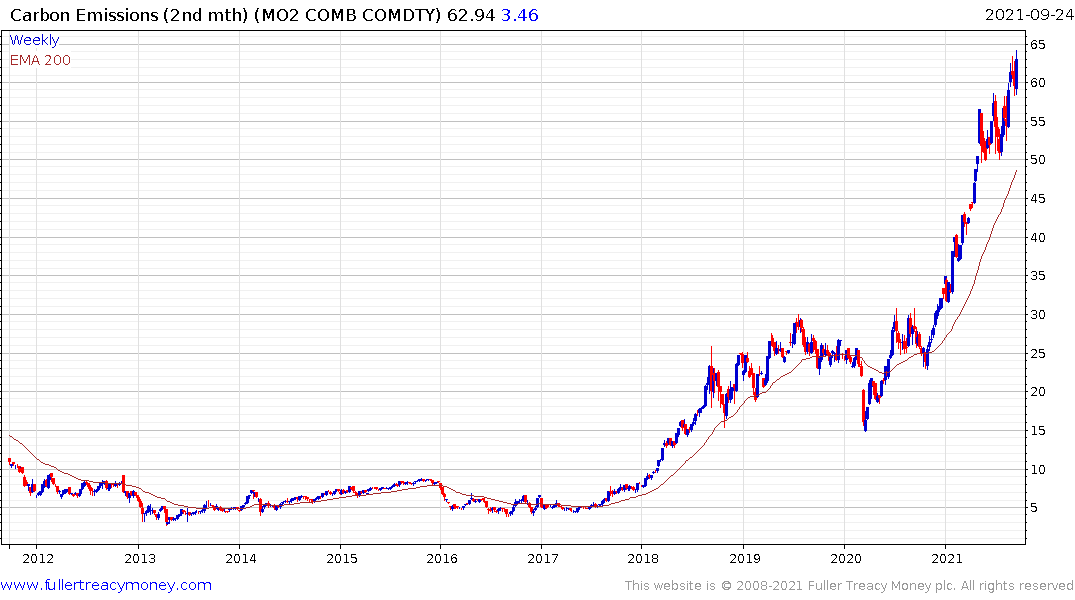 The other big factor to consider are the twin issues of rising energy and carbon costs. Set aside for the moment that rising electricity costs are mostly self-inflicted. That’s a hard pill to swallow for many people queuing to fill up at petrol stations in the UK over the weekend but it is true nonetheless. The reality today is the rising cost of oil, gas and coal are having real world effects. Surging electricity costs in Europe and China are a direct consequence of environmental/political absolutism and are acting to destroy demand.

I agree we have inflationary pressures at present. Do we really believe the Fed is going to swap inflation for stagflation? It’s possible but not likely in the near term. In late 2018 a 20% stock market pullback was enough to convince the Fed they had gone too far in pursing quantitative tightening. 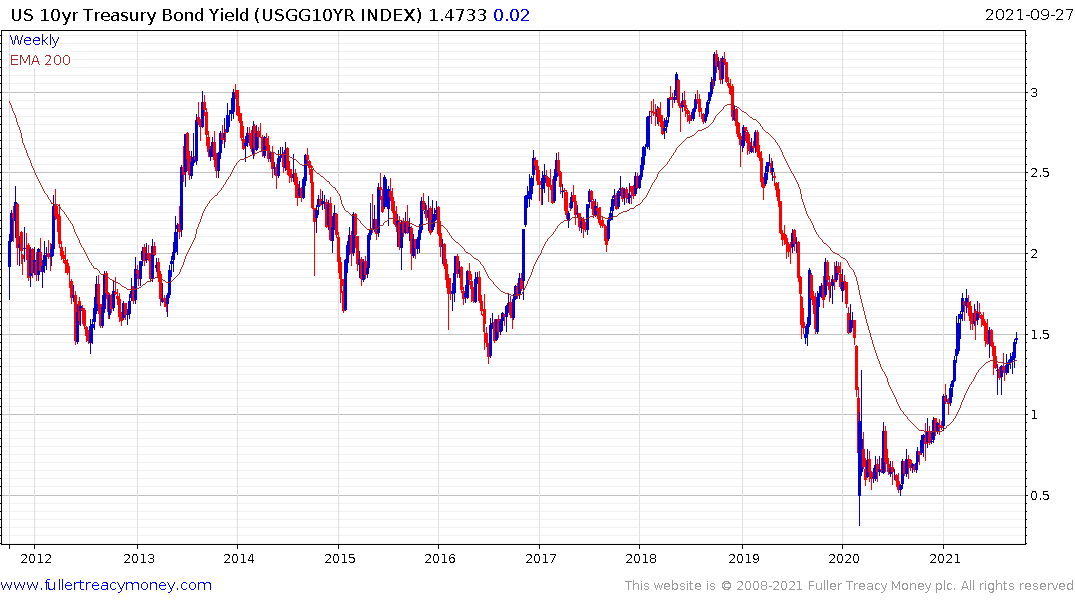 That way of thinking also factors into the bond market. The 10-year Treasury yield popped on the upside last week. Rising sovereign borrowing costs have a material impact on the cost of servicing the national debt, and particularly when the duration of the debt is so short because of refinancing requirements. That represents a significant challenge for the Fed’s ambitions to raise rates. 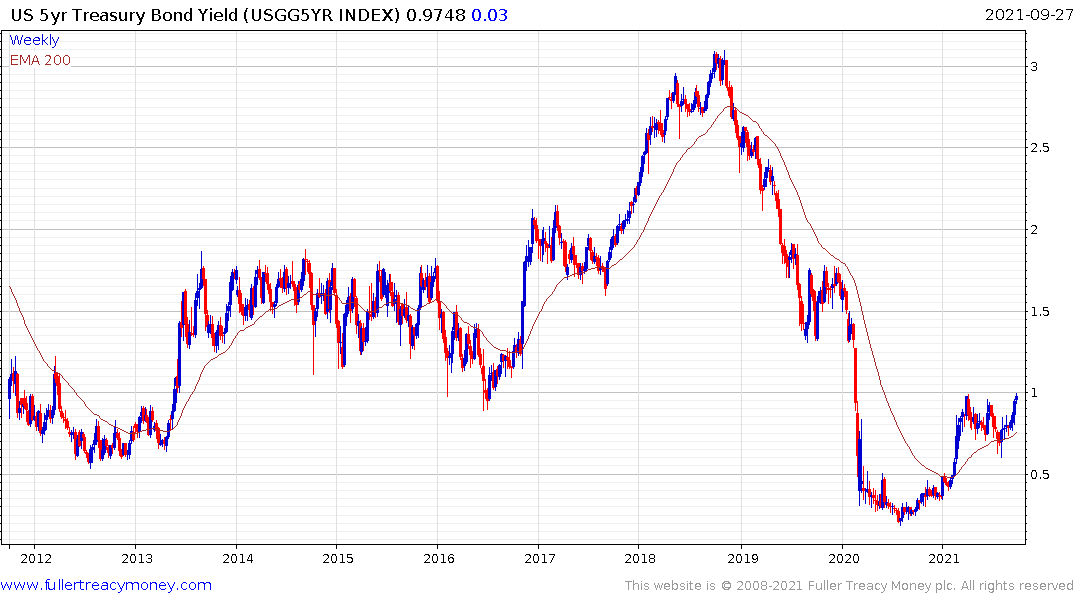 5-year yields are testing the 1% level and the upper side of the six-month range. A sustained move above that level would likely coincide with additional stock market weakness. Alternatively, if the yield fails to breakout, buy the dip traders will likely prevail in the stock market.