Email of the day on the differing performance of China large cap State Owned Enterprises compared to private sector consumer oriented sectors:
Comment of the Day

“I remember from one of your recent audios you pointed to the fact that despite the relative lackluster performance of China’s main stock indices there are sectors that are performing well. I came across this presentation that addresses the same: be careful with general index-linked funds & ETFs and look for specific sectors, e.g. healthcare, insurance, railways.”

Thank you for this interesting report from LGT Bank. Here is a section:

In the long term, private enterprises should outperform SOEs.

Most China equity indices are SOE-heavy. Recommend investing in specific reform beneficiaries rather than index-linked ETFs

Banks, property developers and basic resources companies represent by the far the most liquid and largest companies in China and therefore occupy large weightings in various indices. One of the reasons they are so large is because they were among the greatest beneficiaries of China’s initial focus on infrastructure development and export led growth.

The transition from to a focus on human capital and the consumer is not a new story. It has been in place for a number of years now and is likely to run for much of the next decade. The sectors that benefit from this trend such as healthcare, environmental sectors, specific infrastructure such as subways and railroads, information technology and consumer oriented shares represent approximately 30% of the CSI300. Their weighting has benefitted from the rise of their share prices and the concurrent decline of state owned enterprises.

While sectors that are likely to benefit from the new five year plan remain attractive from a medium-term perspective, in the short-term it is worth considering that valuations have expanded. For example the healthcare sector is trading on a relatively high multiple of 29.9 while out of favour sectors such as banks are trading on mid to low single digits. This suggests that given an appropriate catalyst there is some scope for rotation.

Favourites among investors such as China Everbright in the environmental sector pulled back sharply this week suggesting a process of mean reversion is now underway. Fosun Pharma in the healthcare sector will need to hold at or above the HK$22 area if the medium-term uptrend is to remain consistent. 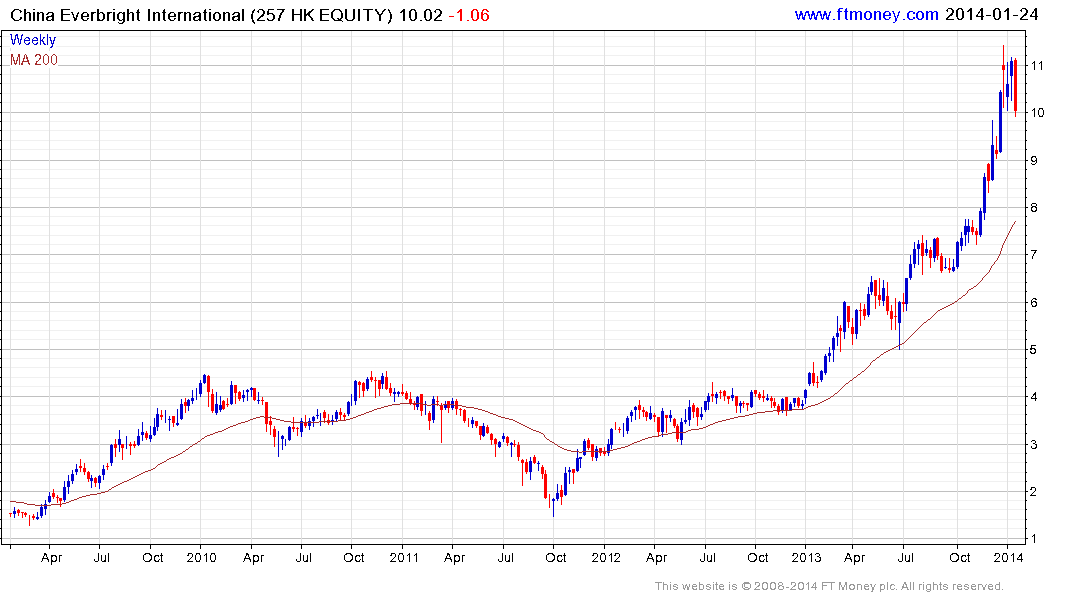 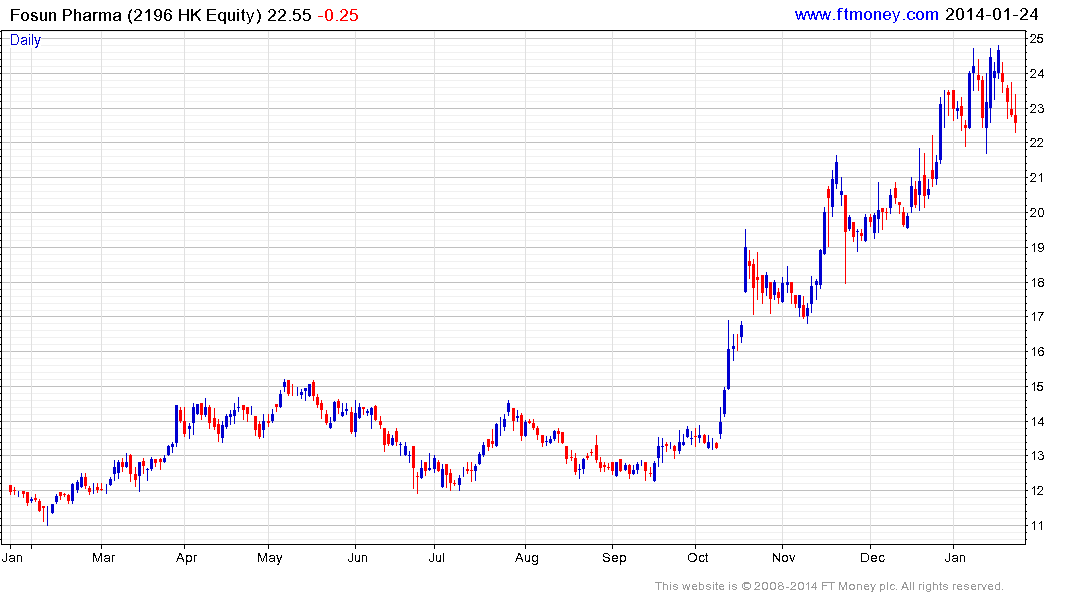