Hello Eoin 1.) domiciled in Switzerland I wonder what is your opinion on the SMI? 2.) watching the presidential debate, I am impressed by Biden’s face lifting - would you know or could you find out which doctor did this great job?

Thank you for this question which may be of interest to subscribers. Politics is a visual profession and looking good on TV has been important since the days of JFK. Whoever is looking after the appearance of the septuagenarians running for US President deserves every penny they are earning. I'll keep my ear to ground for who that is. 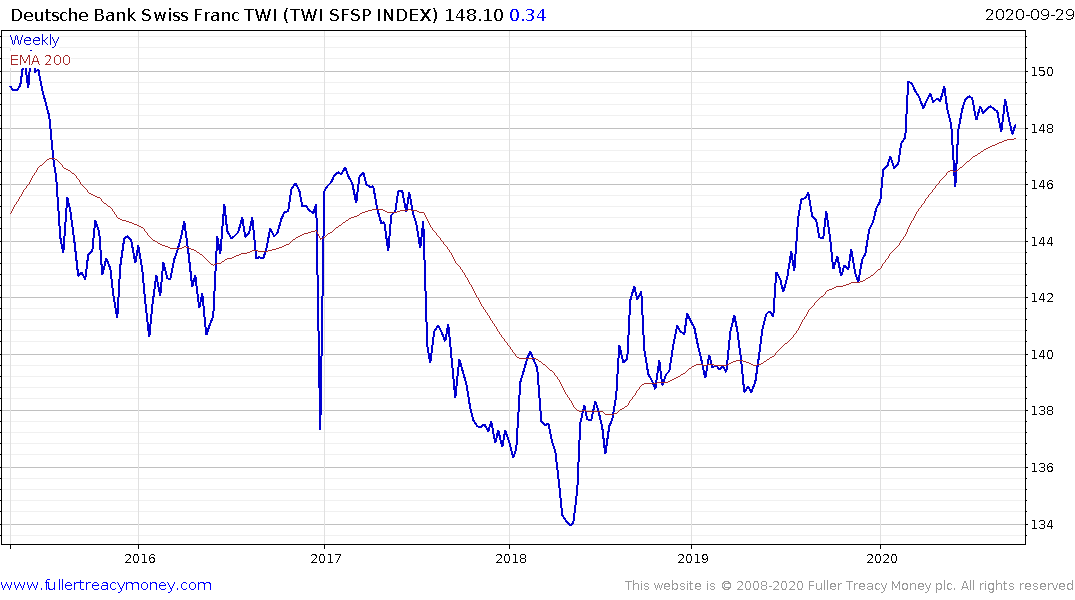 Meanwhile Switzerland continues to aggressively combat the appreciation of the Franc. The Deutsche Trade Weighted Swiss Franc index has been held below 150 since 2011 and the SNB appears to be intent on ensuring that remains the case.

I remain of the opinion that the SNB’s determination to invest newly minted Francs in the global stock market leaders is one of the most gifted decisions of any central bank and not least because it is so brazen. They get to buy real assets with potential for increasing cashflows with currency they can print out of thin air. The real question is why don’t more central banks do it. Japan’s overweight position in domestic ETFs is the only other significant example.  It’s a self-feeding strategy because the quality of the assets being acquired helps to increase the value of the currency which incurs additional printing to keep it down. 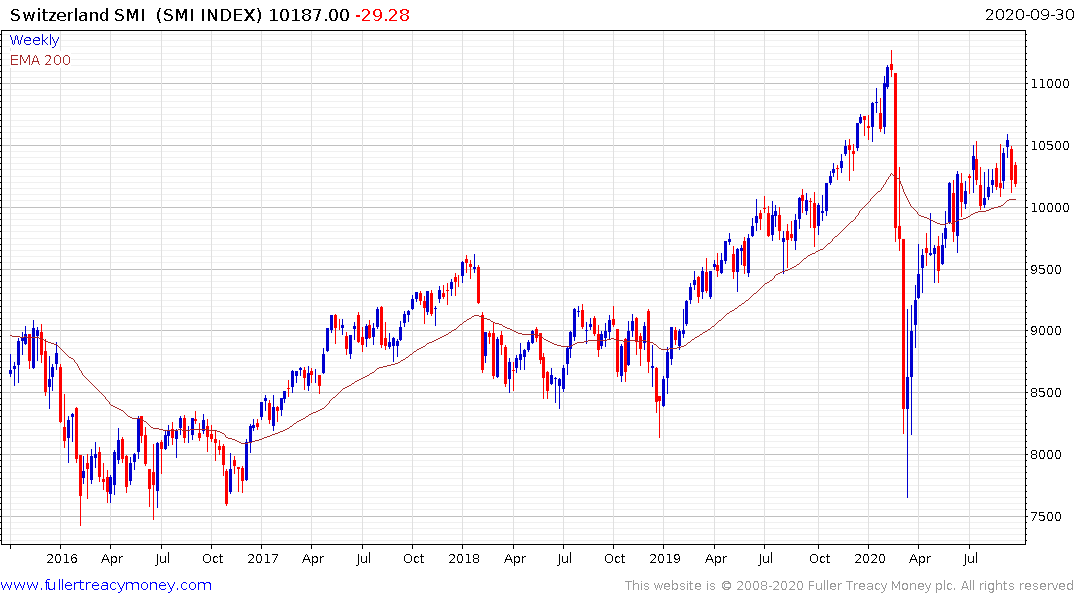 The SMI Index ranged mostly below 8000 between 1998 and 2013 and mostly above it since. The rebound from the March lows has been quite impressive but it has lost momentum of late. That’s a common feature of most developed market indices. It will need to bounce soon if the consistency of the rebound is to remain intact. 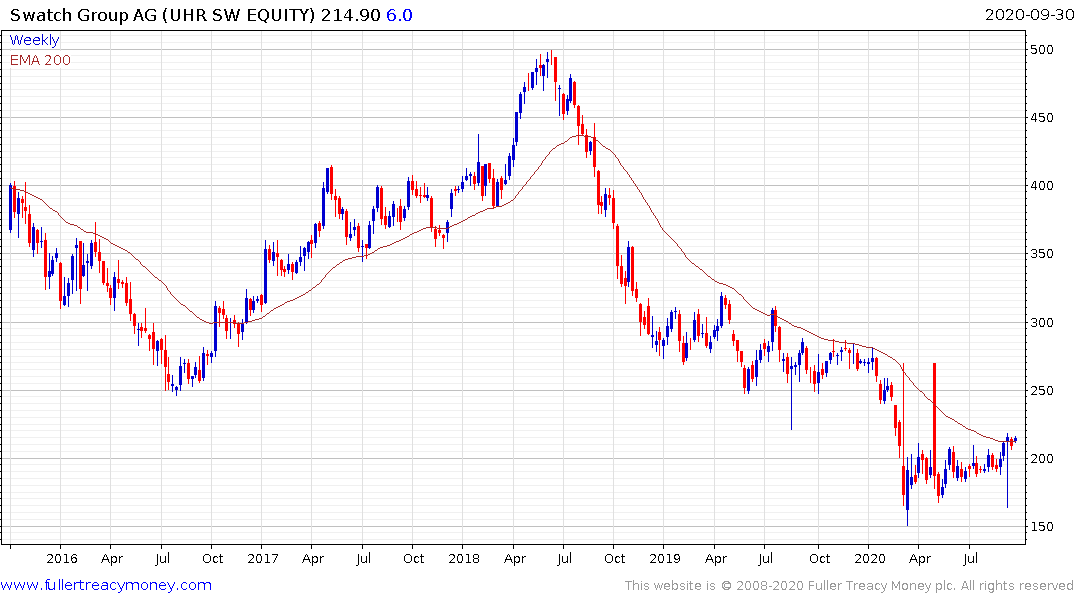 While reweighting the Autonomies portfolio over the weekend, Swatch Group caught my attention. The share experienced a “fat finger” downdraft in September but has since rebounded and continues to hold support in the region of the upper side of the underlying base formation.