Email of the day on solvency
Comment of the Day

Email of the day on solvency by Eoin Treacy

I have a question. In your various videos and daily updates, you oftentimes mention that the government (80% of the time you mean the US Govt since you comment on the huge US fiscal stimulus) cannot afford higher rates and that higher yields pose a problem. Implicitly there was something like that in your opener yesterday (“We don’t have record low yields anymore. Therefore, the cost of servicing the debt will rise“).  Sometime I also read words “like “solvency” when the discussion is about higher rates, government debt and cost of servicing

My question: why should the debt for a country like the US be a solvency issue, even if yields rise to 3%? I understand that the total amount of government debt is moving towards USD 30 tn quickly. However, the US govt.  will always be able to service its debt. The US has its liabilities in USD, a currency that it controls and can print into existence anytime. It does not even need to issue debt. It can just create & spend USD. If investors go “on strike “(another expression that I sometimes read) the US can always retire its debt (YCC is by the way the first step towards redemption even if the debt sits temporarily on the balance sheet of the FED after it is purchased). Spending without new issuance of debt is btw. what the market fears now i.e., that the govt. spends the fiscal stimulus directly into the economy without issuing new debt, filling the banks with reserves and potentially causing an issue with the SLR (all of a sudden, the financial media have discovered that the SLR moratorium is expiring end of March and that the fiscal stimulus without new debt might not be so bullish …)

so, my question: why is the debt an issue for a country that issues its currency and where its debt is denominated in the same currency?  By definition a default or solvency problem is not possible. Obviously if money printing and new debt is not accompanied by an increase of the “total output / GDP / total net national worth” produced, the country will face an inflation issue. But not a default. The US is not Greece (constrained by the EUR) nor Turkey nor Argentina (constrained by debt issued in foreign currency USD and EUR) or HK (constrained by the currency peg).

Thank you for this question and for your relevant points. You are correct that countries who control their own currency and issue debt in that currency will never default in the classic sense. However, inflation and yield curve control are default by stealth.

I agree that cancelling the debt, a jubilee where all debt is recalibrated, balance sheet contraction in a step change manner are all possibilities at some point in the future. Every one of these kinds of solutions has historical precedent but none occur without a massive crisis first. We are in the money expansion period right now which helps to inflate all manner of asset prices.

The best recent analogue was Gordon Brown’s spending spree during the New Labour era in the UK. Everything looks wonderful as long as money supply is expanding and the government is spending. At some stage the largesse of investors to fund this profligacy ends.  In 2007 the catalyst was the implosion of subprime lending. People had been warning about a bubble in house prices for years ahead of that and very few paid any heed.

There is beginning to be a whiff of debt forgiveness talk in the EU. That’s a good thing. Federalising the debt of Europe’s periphery is the only way to solve the areas debt issues without a crisis. That’s can be viewed as the benign solution. The alternative is debt deflation which is painful all around. It’s often better to blame foreigners, wage and a war, devalue the currency, force the loser to pay reparations and start again. In a world of massive debts, increasing geopolitical tensions and buoyant speculation it is no unreasonable to conclude the aim is debt deflation. How we get there is the question. 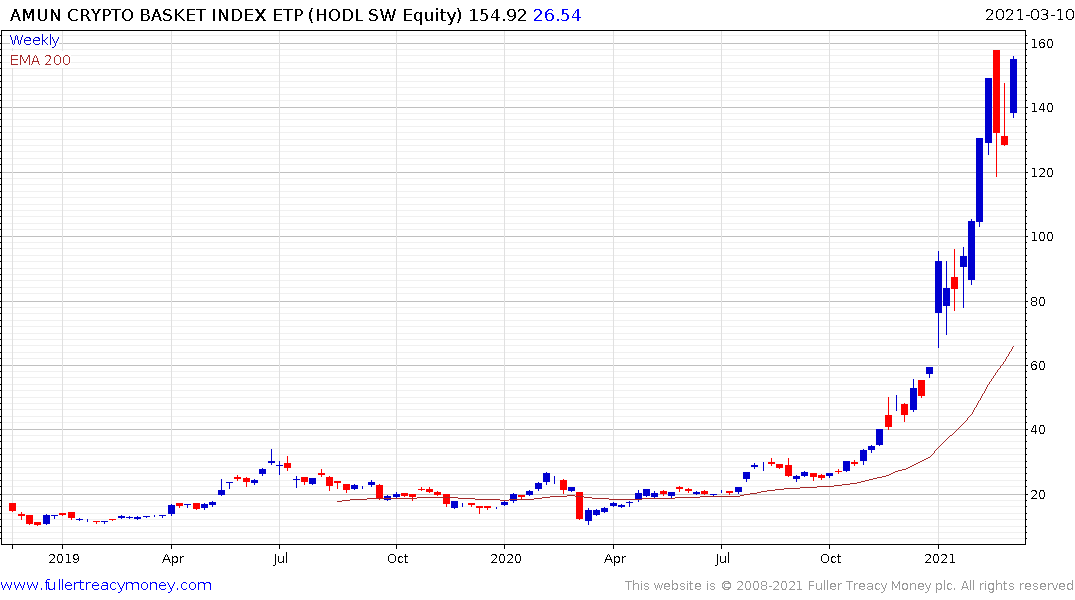 The crypto bull market is, at its root, speculation that there will be a new form of digital currency, less liable to be devalued by governments. That’s a hard money argument but you don’t get to hard money without a crisis to act as a catalyst. 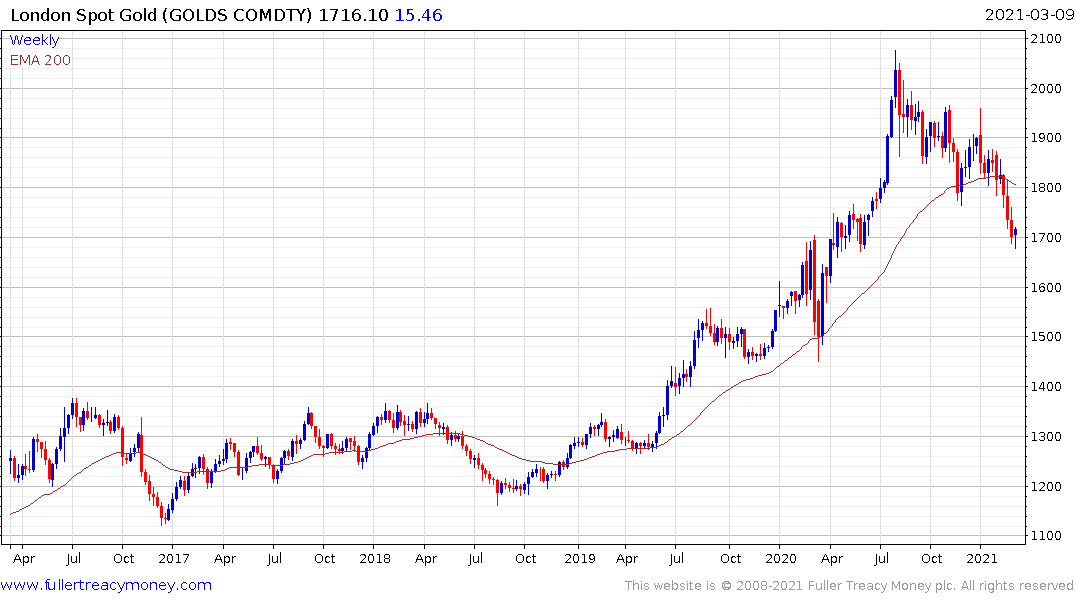 Gold is the ultimate hard money with a modest rate of increase. There is little chance we are going back to a gold standard but that is not an impediment to the bull market overall.