Email of the day on salesmanship
Comment of the Day

Email of the day on salesmanship by Eoin Treacy

I’ve always marvelled at the salesmanship of Friedland since I saw him in Tokyo quite a few years ago. But there is one better. Andrew Forrest. He may not have Friedland’s savoir faire or finesse but I’m inclined to back him in a two-horse race (there are no other starters).

Btw I’m one of no doubt many who concur with the positive emails you receive recently.

Thank you for your kind words and this email which may be of interest to the Collective. Both of the mining sector’s most successful salesmen are promoting visions of the future that assume the energy transition is inevitable. They take different approaches in how best to profit from it.

For Robert Friedland it is about the promise of renewable energy and decarbonisation creating a whole new market for copper. Wind and solar are distributed forms of power so they require copper for cabling and transmission. Additionally, each wind turbine requires tons of copper per installation for motors etc. That represents a significant demand growth driver for the metal.

He aims to profit from demand growth for copper by mining the metal and securing royalties for using his advanced prospecting tools. 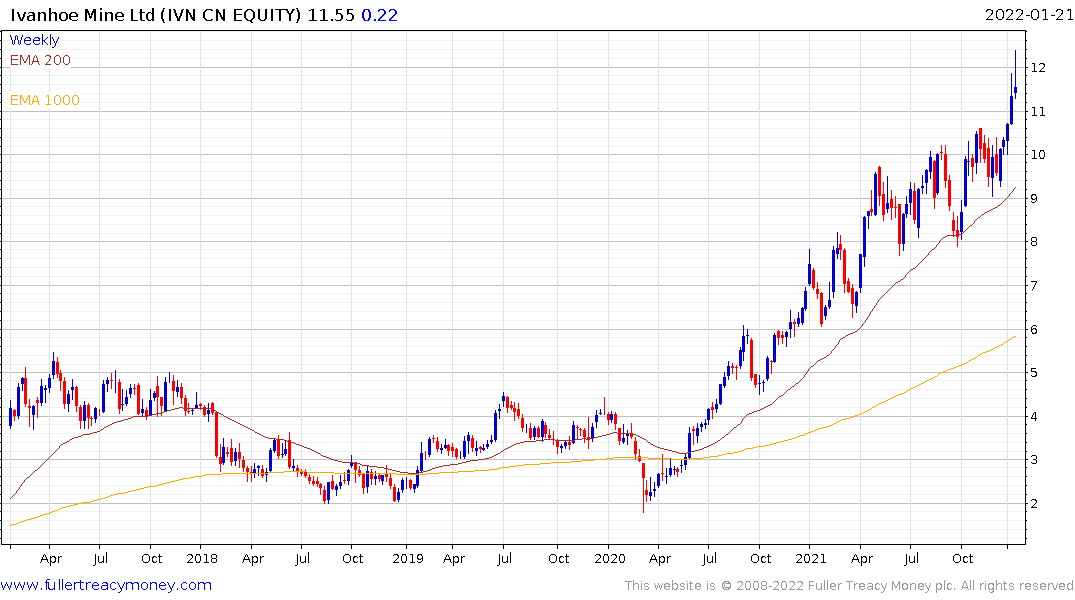 Ivanhoe is consolidating following the recent surge and a sustained move below the trend mean would be required to begin to question medium-term scope for continued upside.

For Andrew Forrest, the future of iron-ore is heavily dependent on containing costs relating to carbon emissions. His solution is to champion the cause of hydrogen production from renewable sources. His plans, which rely on government agreement, is to build massive solar installations in the desert to fuel hydrogen production.

Australia exported its first liquefied hydrogen cargo last week. It was derived from coal but the hope is that future exports will be derived from renewable energy.

There is a lot of excitement in the resources sector, about hydrogen being transported internationally as ammonia. There are plans in a host of countries to source capital to build out supply infrastructure for the commodity. At the Future Minerals Summit in Saudi Arabia earlier this month interest in hydrogen projects was also high.

The challenge is getting local and national governments to agree. Forrest’s $35 billion Western Australia project was shelved in June. Now there is a proposal to build a 6GW project in South Australia. Meanwhile Forrest has signed a deal with Argentina to build an $8.4 billion project in Argentina. 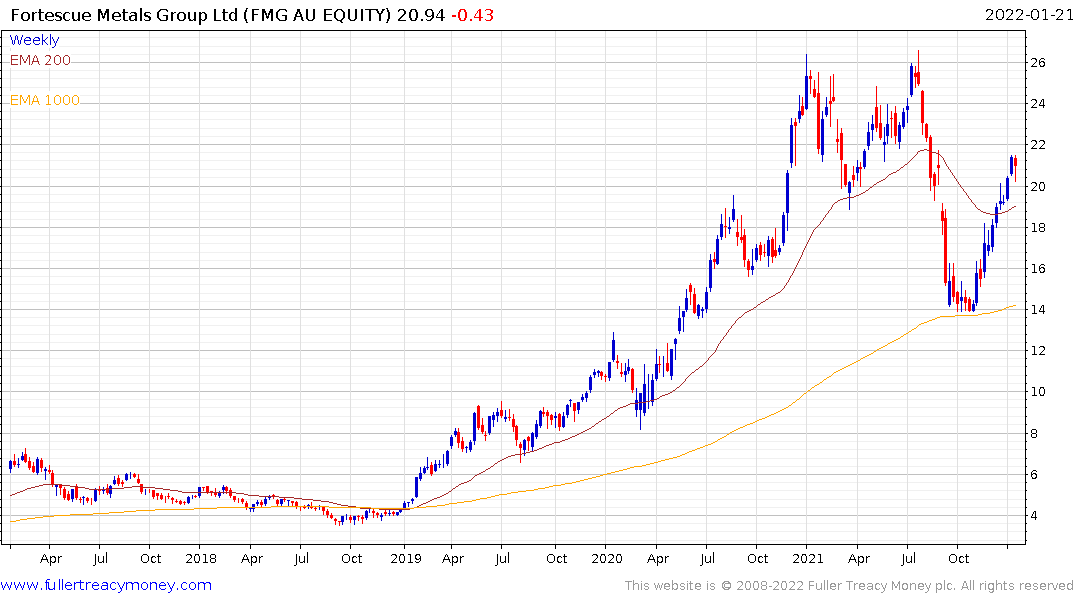 Fortescue Metals continues to recover in line with the iron-ore price.