Email of the day on political polarization:
Comment of the Day

Email of the day on political polarization: by Eoin Treacy

I enjoyed getting your summary daily report. I must say, though, that I disagree with your thoughts below:

Quoting Aristotle in this chapter suggests Dalio is more than familiar with Plato’s sequence of political regimes. There has been a tendency among pundits to think of Donald Trump as a tyrant. The conclusion was that his ascendency would lead a transition away from democracy and into disorderly tyranny. Persistent talk of an imminent descent in civil war in various online blogs perpetuates that misreading

More to the point, "those pundits" were positioning a point of view because they realized he was not subject to the conformity that they were not only a part of but also helped direct. They "used' the story line that he was a tyrant when, in fact, he is none of that, rather simply arrogant, loud and not obliged to the protocols of an entrenched system-e.g. an outsider who had no fear of people's opinions of him, therefore dangerous in their eyes. If anything, the current woke/PC movement is actively trying to redefine American values and character.

Keep up the good work!

Thank you for this email and your kind words. I completely agree with your reading of the intentions of pundits to cast the Trump administration as demagogues. However, it is also important to look at the wider top-down picture. Political polarisation is at an all time high. 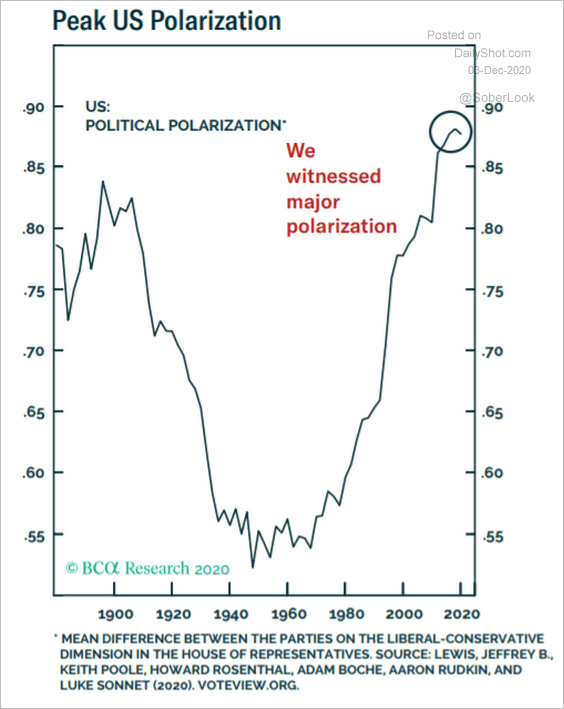 There are fringe elements on both sides of the US divide that are unwilling to accept the results of elections. Regardless of the rationale for reaching that decision, it is a symptom of declining faith in the ability of democracy to provide solutions to the issues affecting people’s lives. That reflects declining standards of governance and therefore a higher risk premium has to be attached to the market. 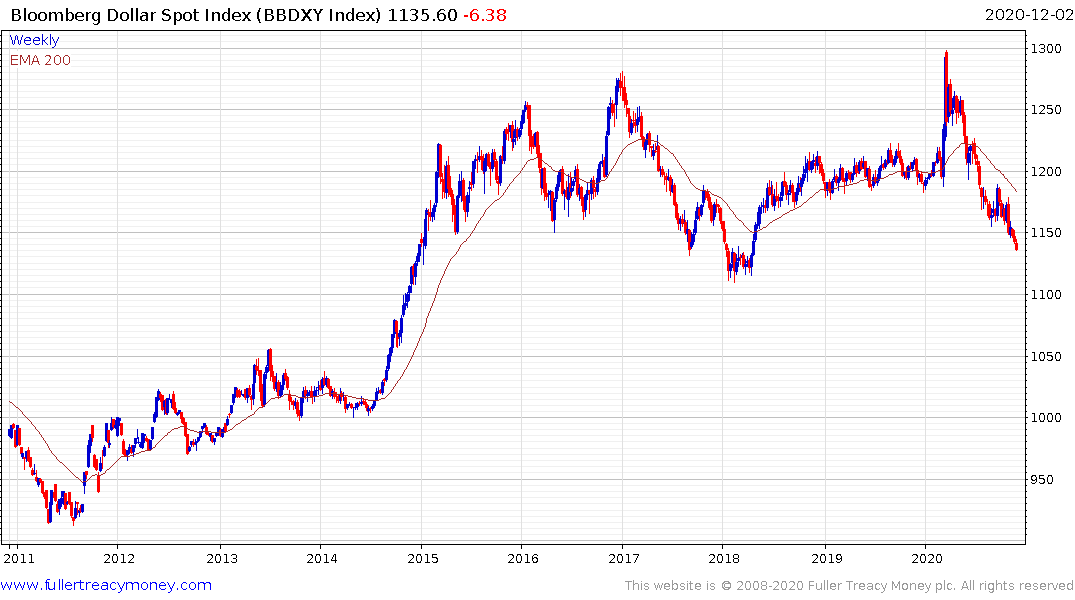 That is what the decline in the Dollar is signalling. No country wants a strong currency but no other country is practising helicopter money like the USA is. That panicky response to popular protests and the shock from the pandemic is analogous with the response to the student riots in the last 1960s and 1970s. The debt financing which took place to fund housing, infrastructure and social programs kick started the inflationary cycle which eventually peaked after a decade.

Once helicopter money is adopted it will take years to unwind even as the economy recovers. That suggest we first get the inflationary boom and then the inflationary bust because eventually interest rates will have to rise. Modern Monetary Theory only works if the currency remains reasonably steady. That’s not looking likely over the medium term.