Email of the day on palladium's outperformance
Comment of the Day

Email of the day on palladium's outperformance by Eoin Treacy

Dear Eoin, many thanks for the excellent commentary on these "interesting times"! is there a reason why Palladium seems to be trading better than Gold or Silver at the moment? Many thanks, A

Thank you for this question which may be of interest to the Collective. Palladium is mostly produced as a byproduct of nickel and platinum mining. That means Russia and South Africa are the primary producers.

Demand for palladium increased because of the fall-off in demand for diesel vehicles. At the same time that reduced demand for platinum. The supply response from platinum miners was to close unprofitable shafts and the sector has been going through a painful process of rationalization over the last few years. That has curtailed supply of palladium as well. 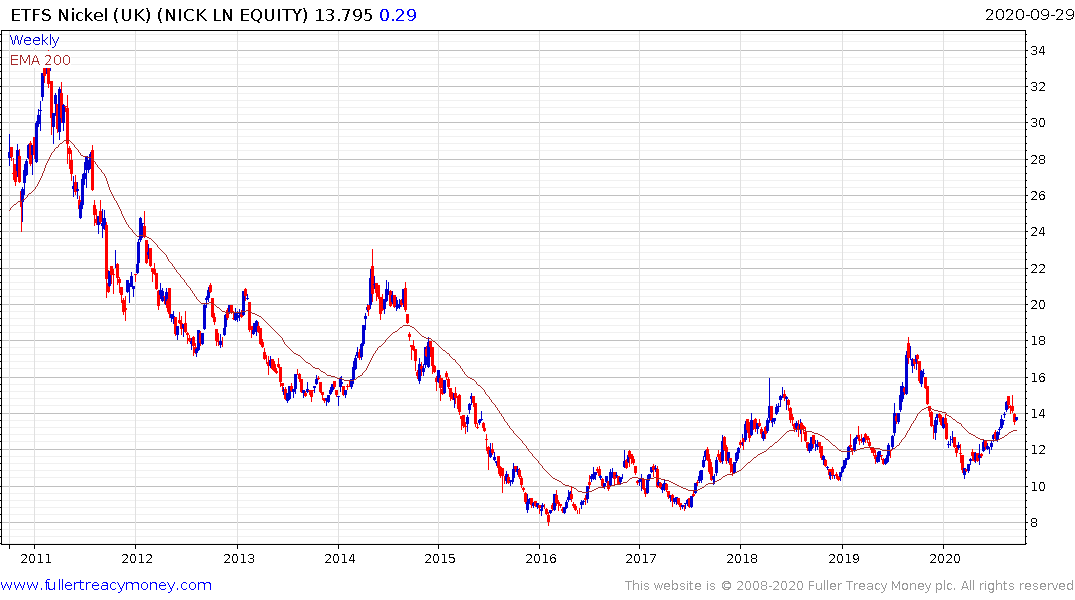 Nickel is primary component of newer battery chemistries which represent a meaningful source of new demand. However, the primary source of demand remains stainless streel. Meanwhile production of nickel from low grade pig-iron nickel has increased substantially over the last decade. The price remains in a choppy uptrend but will need to sustain a move above $20,000 to encourage new supply into the market. Therefore, the lower nickel price is probably also inhibiting palladium supply. 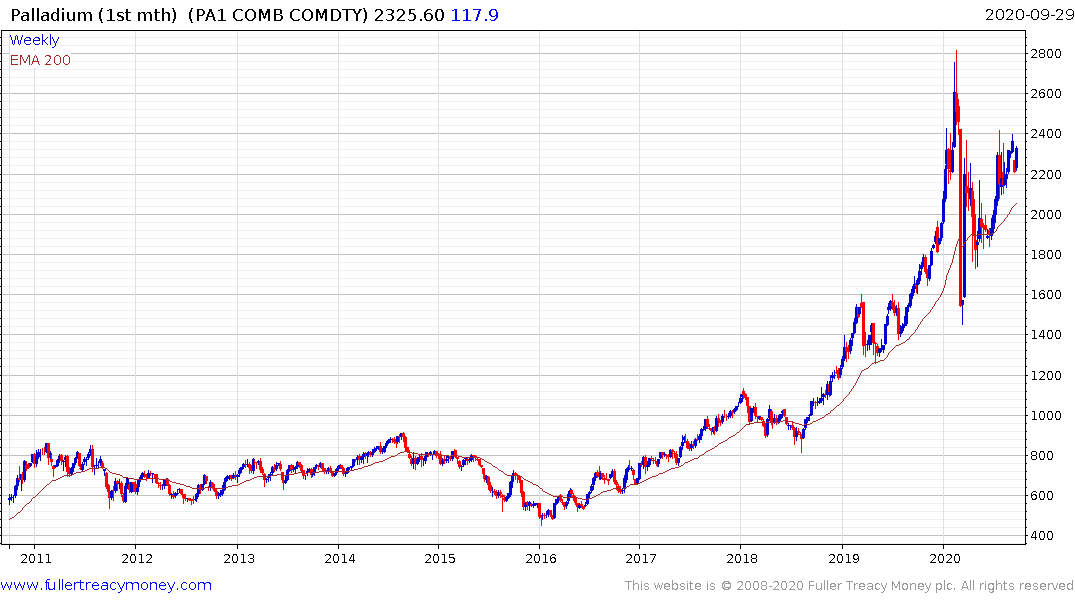 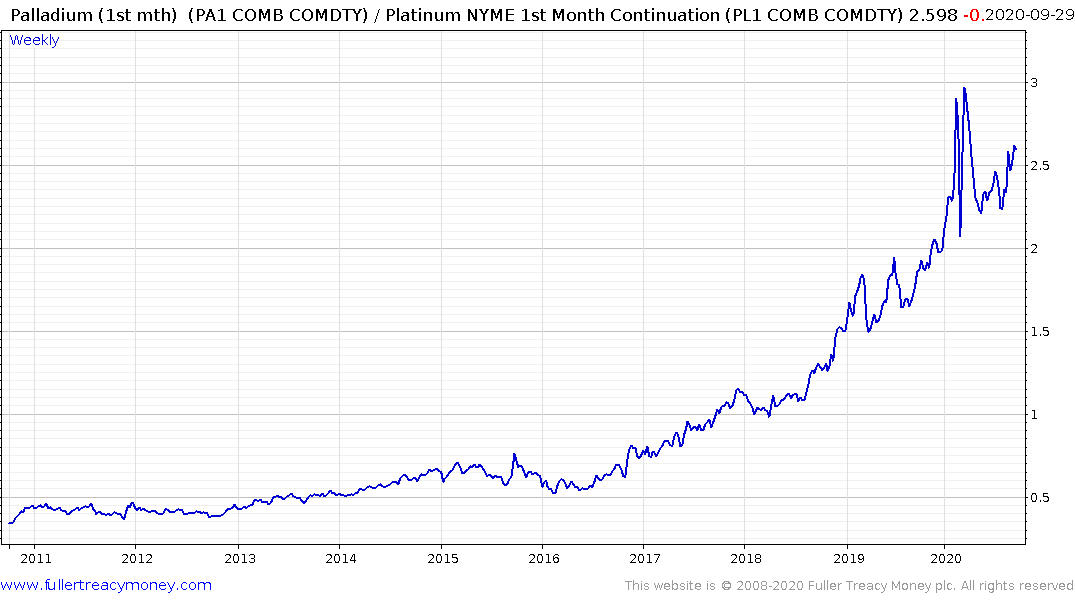 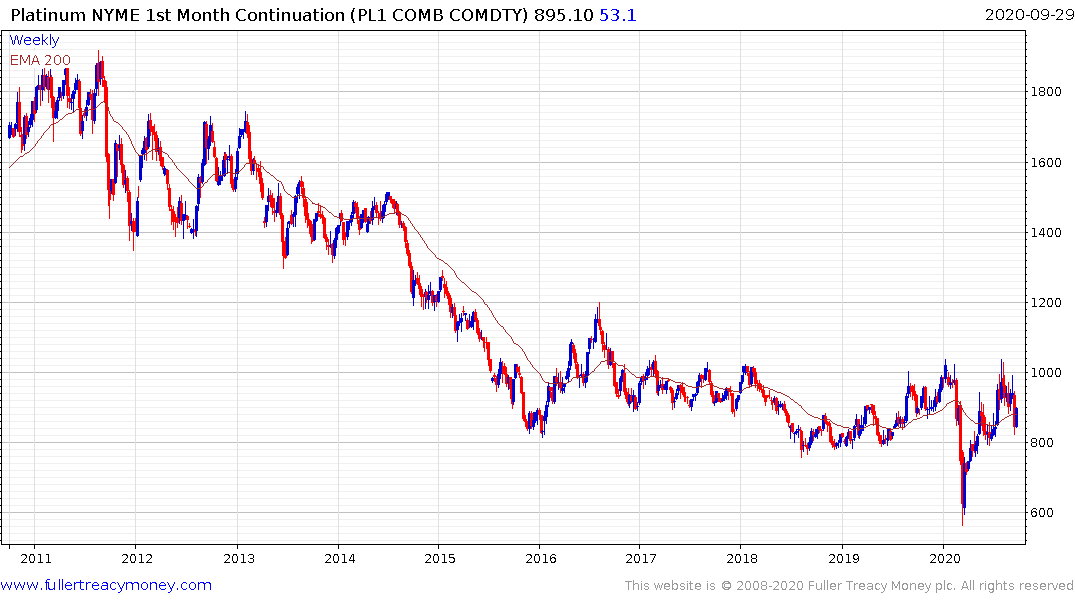 Palladium is likely to continue to exhibit relative strength until platinum sustains a break above $1000.