It seems Royal Mail changed its name to International Distributions Services plc (IDS.L). I would be grateful if you would kindly share your views on the implications of this change to the price of the share and the health of the company. As always thanks for your great service.

The official name change was announced several months ago but went into effect on the 5th. The main reason posted was to highlight that Royal Mail has two businesses, domestic and international. At the time the name change was announced the company said there would be no transfers between the international and domestic businesses. In other words, they are intent on pushing through significant rationalization of the domestic mail and package service which is still called the Royal Mail.

That program involves 6000 redundancies. The Communications Workers Union announced strike action for 19 days in October and November which will dramatically slow down the national mail service. The biggest challenge for the union is the Royal Mail is no longer the monopoly operator of domestic package deliveries. That limits their negotiating power since consumers have other possibilities, even if they are less convenient.

Nevertheless, by some estimates the company is losing £1 million a day and that number could climb during the strike. The wide differential between the historic (3.19) and estimated P/Es (73.04) reflects that. Last year’s special cash dividend of 20p is unlikely to be repeated and the estimated yield of 5.2% for this year is also under threat. 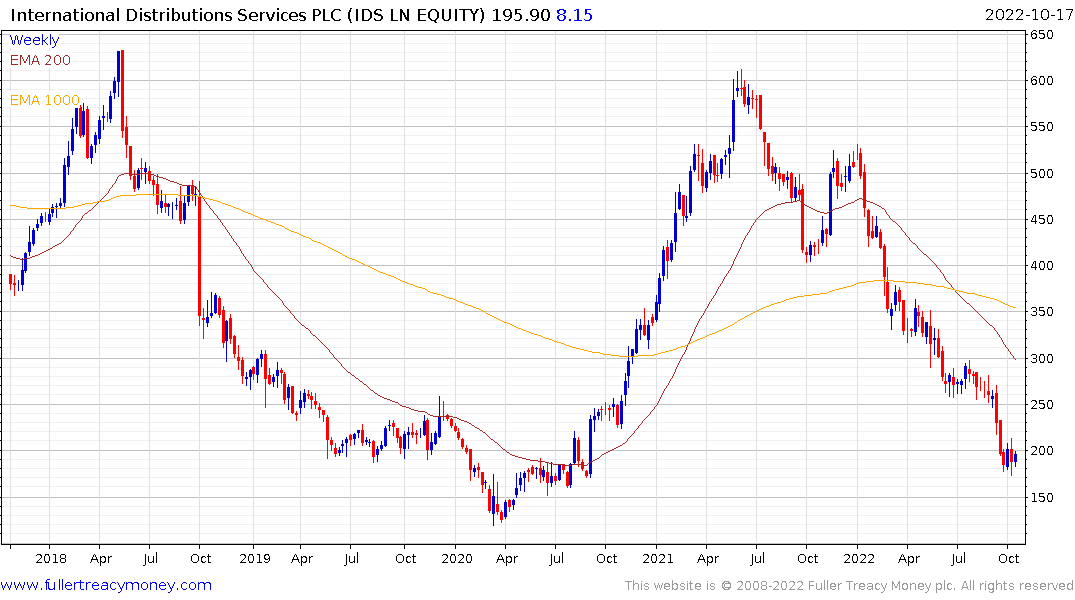 The share was in near terminal decline before the pandemic and enjoyed temporary reprieve during the pandemic. It has not unwound the majority of the pandemic bounce. While a deep oversold condition is evident amid some evidence of short-term support being found, recovery hinges on hammering out a tough deal with unions.

This is an example of the wider debate we can expect to occur in most countries over the coming months and years. Heavily unionised sectors rely on monopoly power to resist cost saving innovations. The fact postal services tend to be asset/property heavy and have competition from companies like DHL, Fedex, UPS, Amazon and a host of others does not help their case. It really is a case of innovate or die.

In the USA, the postal service is being wound down. The business has to earn enough money to fund the pensions of existing workers and will then be privatized. Much of the prime real estate will then be bought by well connected funds/individuals. 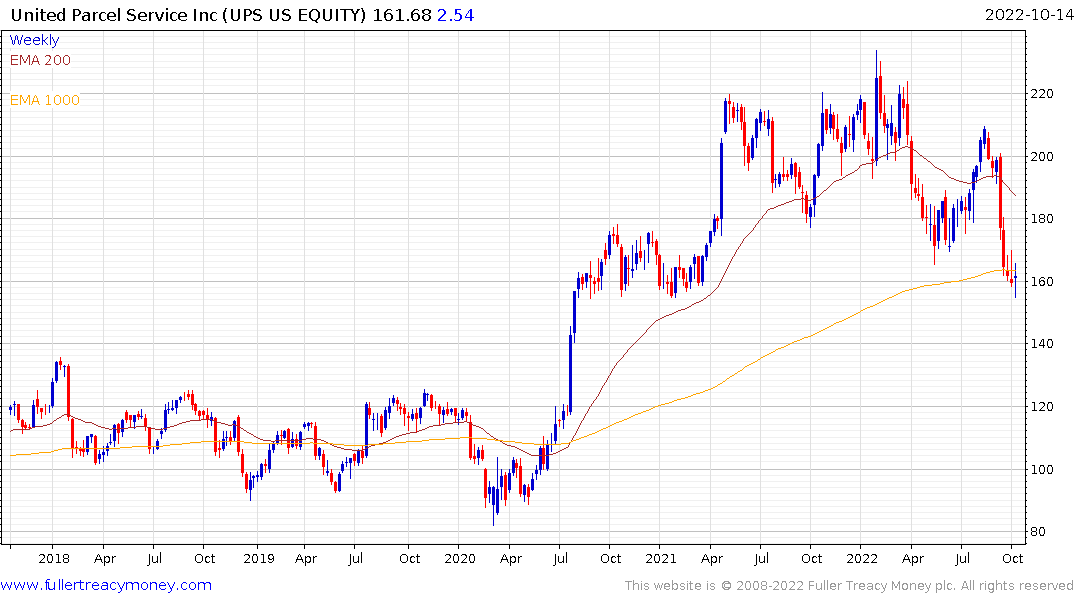 UPS is steadying from the region of the 1000-day MA but will need to hold this area if support building is to be given the benefit of the doubt. Ahead of the pandemic, the share price was in a prolonged range. If the higher plateau is to be sustained, demand for shipping will need to do the same. That’s not at all certain against a background of a slowing economy. Therefore the current area is an important level that needs to hold. Many pandemic beneficiaries are in a similar situation. 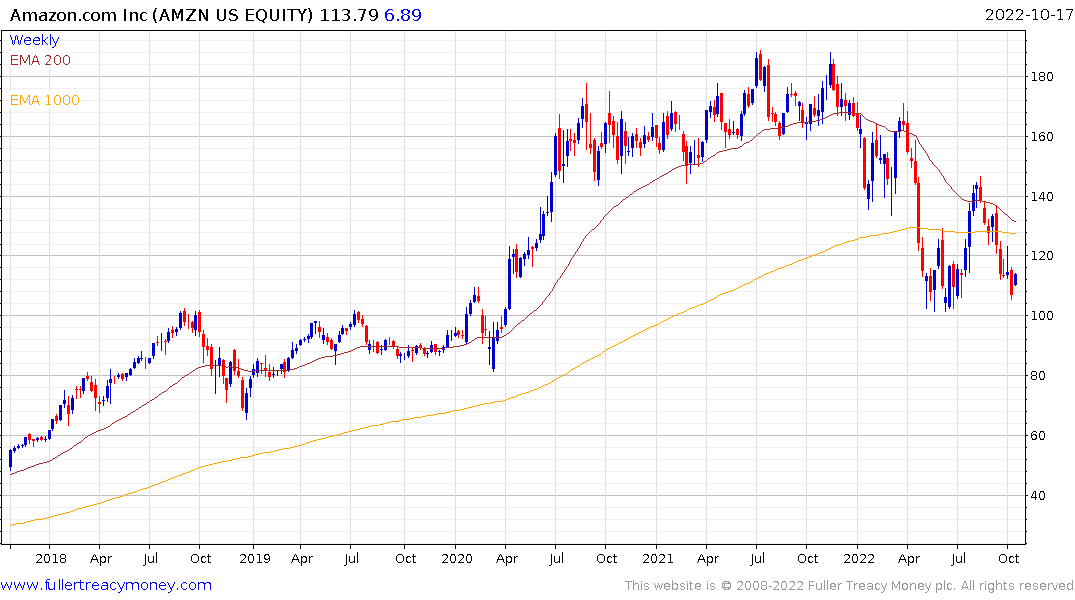 Amazon has fully unwound the pandemic bounce and needs to continue to hold the $100 area if support building is to be given the benefit of the doubt.