Email of the day on Japan
Comment of the Day

Email of the day on Japan by Eoin Treacy

Greetings from Japan. You have observed that this country seems to be opening up to foreign workers to offset its demographic decline. Indeed, most restaurants and convenience stores employ Asians nowadays. However, as you know, Japan is an insular, monocultural country and there is a great deal of resistance to immigration. Having lived here for over 30 years I'm convinced that the cultural shock of absorbing huge numbers of foreign workers will be too much for Japanese society. I'm therefore encouraged to hear that the government intends to be very selective over which countries' nationals it intends to accept. Those which refuse to take back their nationals if Japan wishes to expel them will not be considered, Iran being one example cited. Hopefully, this indicates that the government has taken the abject lessons of Europe on board and will be stringently selective, including cultural and religious factors in deciding their eligibility. You have also mentioned that immigrants will boost the economy through their spending. I doubt this, as many will be low-skill workers who will be intent on sending as much of their earnings as possible back home rather than on buying furnishings and goods for their small, rented accommodations.

Thank you for this insightful email and I agree it is going to be a massive culture shock for Japan to absorb large numbers of migrants but it is also true that those people have to live. The big question about projections for future spending will rest on the argument for family reunifications. Children are expensive and spur spending. Meanwhile Japan has a declining birth rate and needs young people. The insular nature of Japanese society may attempt to avoid that solution and instead adopt a similar policy to Dubai where it is impossible to retire in the emirate so when the work runs out you have to leave.

At the very least migrants ensure there are workers to fill jobs and therefore lubricate the economic growth engine and help to assuage wage demand growth depending of course on how many there are as a percentage of the population. 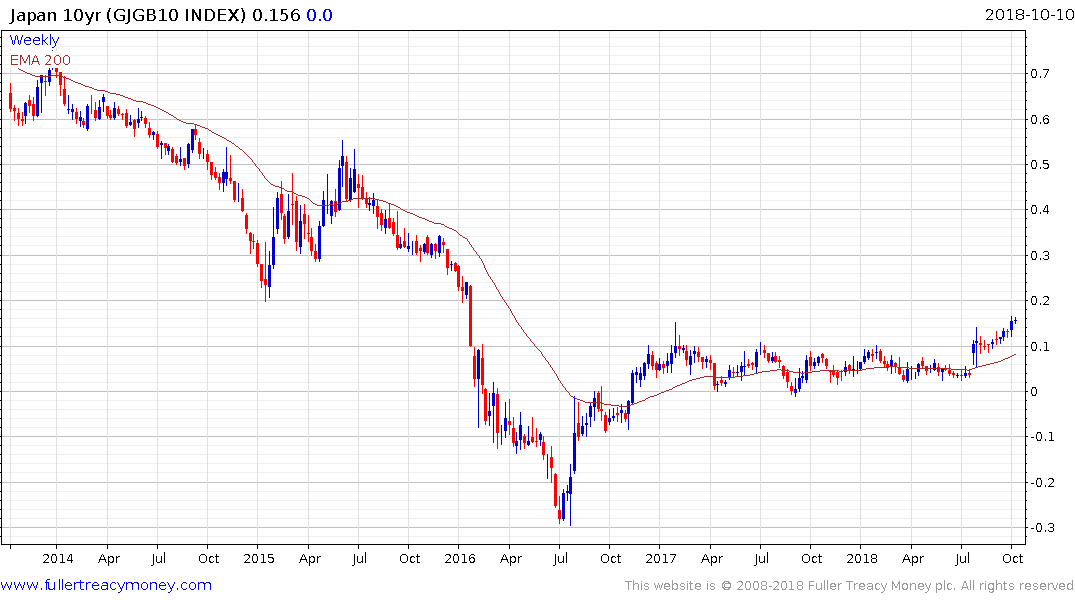 JGB yields are now at 15 basis points which is above the BoJ’s target level and there is scant evidence of intervention just yet. All other factor’s being equal this looks like a completing base formation. 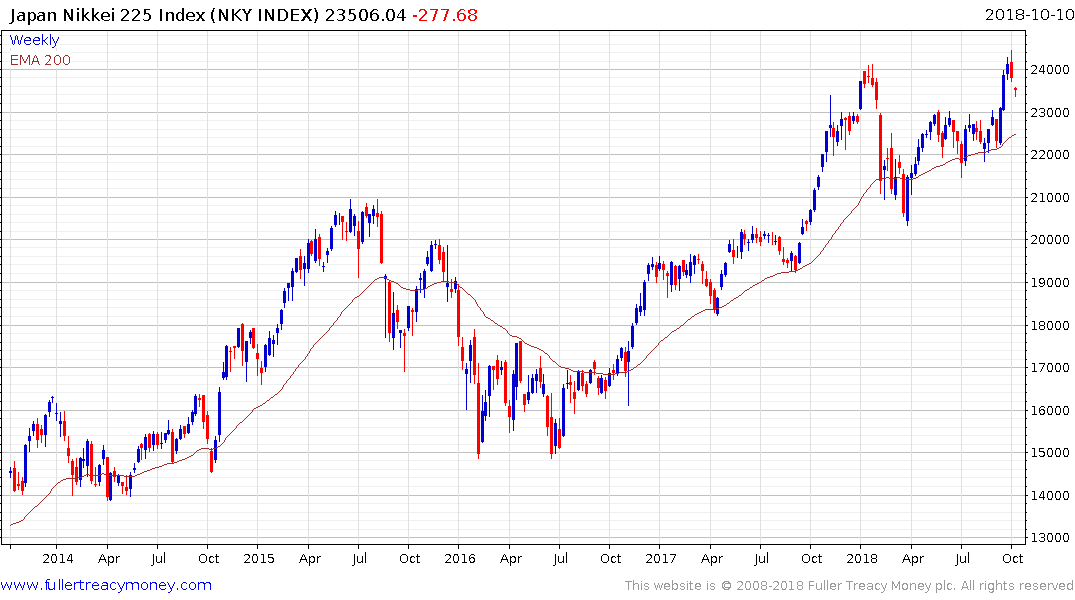 The Nikkei-225 has pulled back over the last week to partially unwind the short-term overbought condition and will need to hold the region of the trend mean if the medium-term advance is to continue to be given the benefit of the doubt.