Email of the day on IPO outperformance
Comment of the Day

Email of the day on IPO outperformance by Eoin Treacy

Good evening Eoin I remember that you highlighted the IPO ETF USA - great performance! would you think that the IPO activity in the USA will continue into 2021 - I think about an initial first tranche investment into this ETF.

2020 has been the year of the blank cheque company or SPAC (special purpose acquisition company. The wall of cash thrown at global markets was a tsunami that raised all boats. That afforded entrepreneurs the opportunity to offload illiquid positions in private companies at record valuations. The same trend allowed Tesla to raise more capital in 2020 than in all other years combined even as its stock zoomed higher. It also allowed Apple’s stock to double to a market cap in excess of $2 trillion.

Over the last couple of months there has been a significant rotation out of mega-cap growth and into large cap growth. In other words, investors have eschewed the FAAMNGs in favour of other high growth companies within the tech sector.

The performance of growth is heavily dependent on access to liquidity and low interest rates. 2021 is likely to deliver both and there are a number of companies waiting to IPO where investors are salivating to participate These include Coinbase, Instacart, Stripe, Coursera, Nextdoor, Robinhood and Bumble. The multiplication of Airbnb’s valuation during the pandemic will be a siren call for entrepreneurs to cash in.

When I was a Bloomberg terminal sales person in Benelux in the early 2000s, all of the private banks had legions of young people with very little to do. They had been hired to handle the volume of business that arose as part of the TMT bubble in the late 1990s and all they did was buy IPOs. When the bubble popped many of those businesses went bust. In the end earnings really do matter but not until the liquidity runs out. 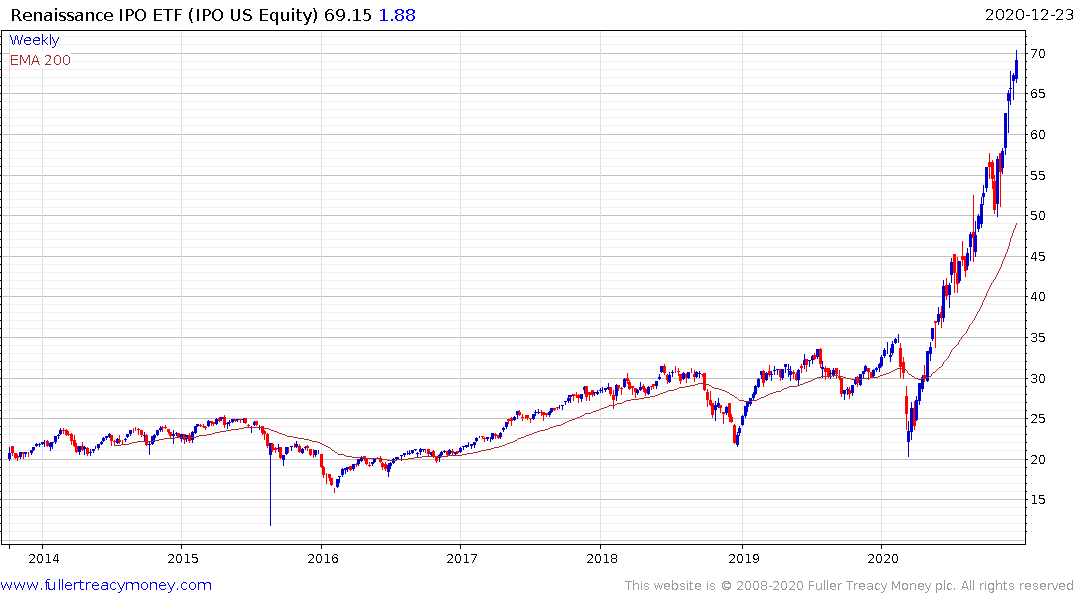 The IPO ETF remains in a steep uptrend. The first clear downward dynamic is likely to mark a peak of at least near-term and potential medium-term significant. 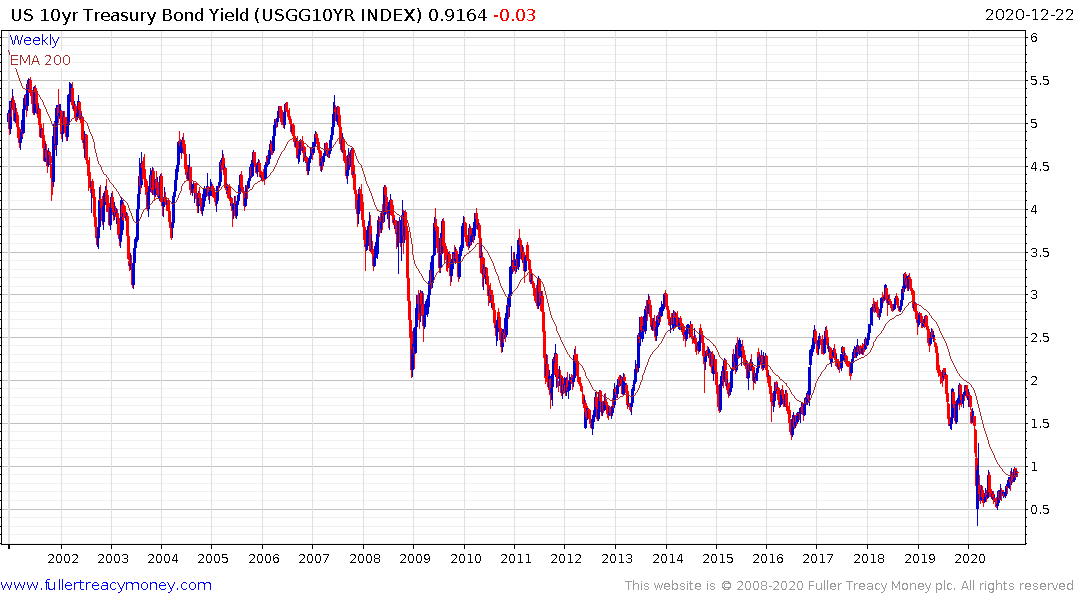 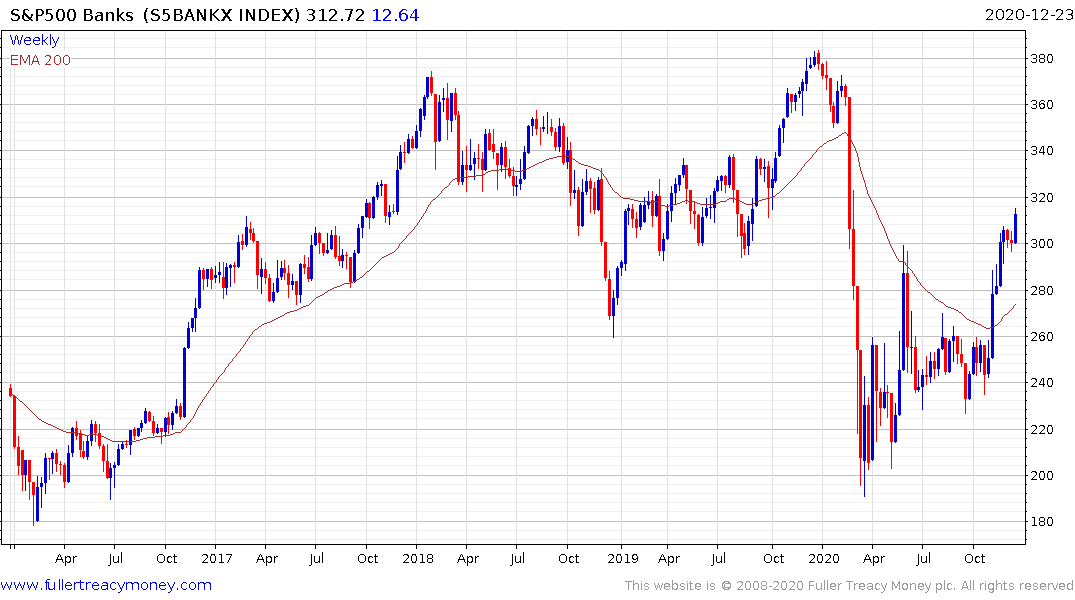 Taking a position at this stage is a speculation rather than an investment in my view. At these valuations, the high growth/low earnings sector is uniquely sensitive to interest rates. The 10-year Treasury yield has clear base formation characteristics. Without aggressive measures by the Fed to curtail a sell-off, a sustained move above 1% looks likely. That would be bad for innovation but positive for banks and financials.