Email of the day on investing in 5G by Eoin Treacy

good morning Eoin I enjoy every morning your briefing - thanks! could you guide me to an ETF which invests in the most promising companies benefitting from 5 G technology development? thanks, and greetings from Switzerland.

Thank you for this question which may be of interest to subscribers. With an infrastructure build on the scale of what is necessary to get up and running with 5G the first moves were the infrastructure companies. South Korea was first to launch a nationwide network and China followed last year. Europe and the USA are lagging significantly. Latin America and Africa are even farther behind.

The early leaders were Huawei, Cisco Systems, Nokia and Ericsson. However, they have not performed in the same manner as the cloud computing companies have. That suggests the opportunity has already passed them by or they are experiencing a severe lag. 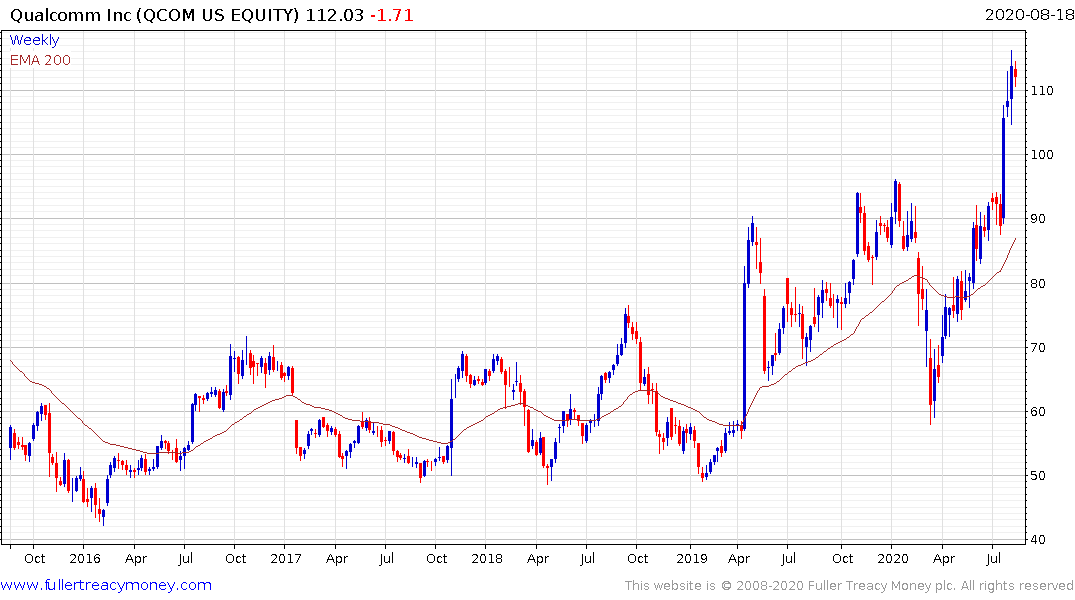 Qualcomm is about the only components manufacturer that has been a significant beneficiary of the build out phase.

The big difference 5G delivers is the reduction or removal of lag. We’ve all experienced speed enhancements in the past but lag has been a persistent obstacle to real-time monitoring. Anyone who has ever watched a webcam https://explore.org/livecams/brown-bears/brown-bear-salmon-cam-brooks-falls or been or Skype call, much less a video call, or played an online game is familiar with lags between when an action is made and when the change is evident on the screen. 5G gets rid of that. It enables real time remote control and monitoring of every connected device. 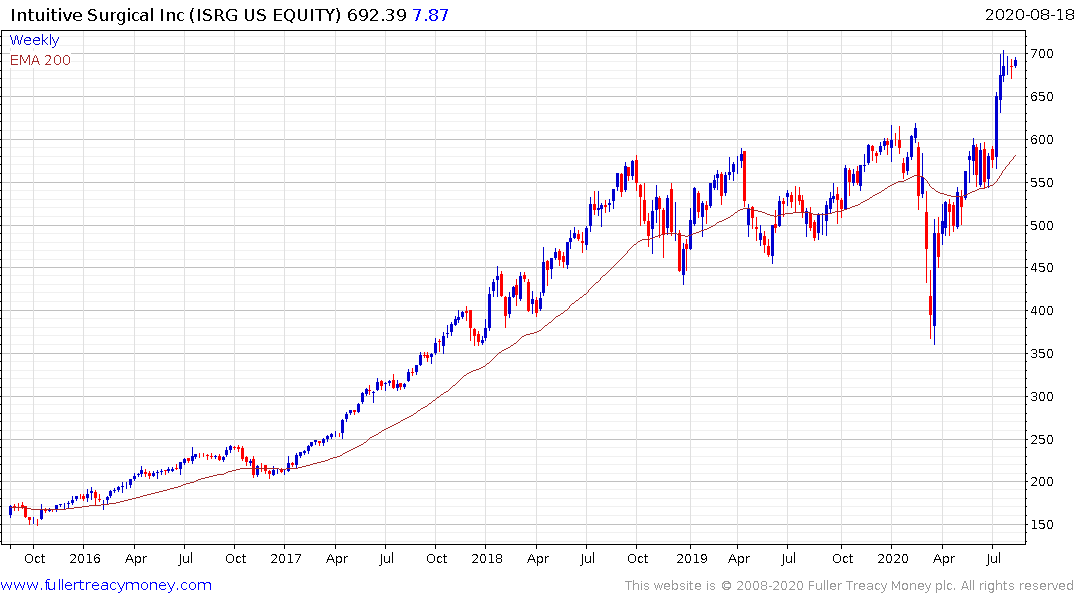 Intuitive Surgical was originally conceived as a solution for remote control hospitals in warzones. It was thought that a local surgeon could operate on wounded soldiers without having to be in the foreign country. They built the surgical robot but internet connections were in no way ready to handle demand for real time data. 5G could change that.

That kind of change suggests the big beneficiaries from the rollout of 5G will be the companies that can sell products over the network. That is still cloud computing because the removal of lag and the speed enhancements will make remote work, remote control of physical assets and the buildout of artificial intelligence applications seamless. 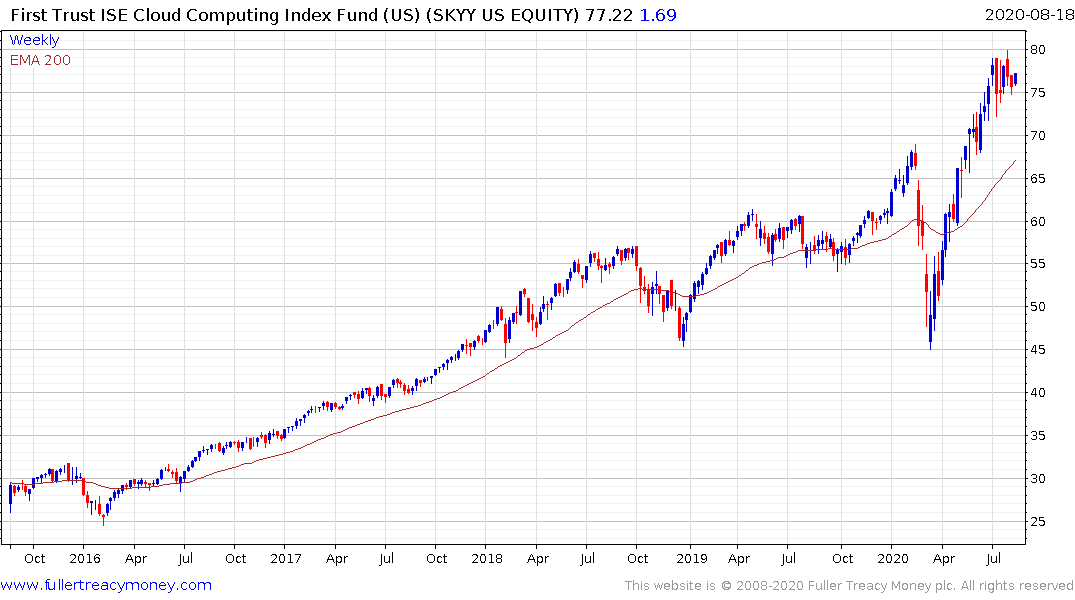 The First Trust Cloud Computing ETF has been consolidating above the previous peak for the last six weeks. A sustained move below the trend mean would be required to question potential for continued upside.