Email of the day on gold shares
Comment of the Day

Email of the day on gold shares by Eoin Treacy

Eoin. I've been appreciating your daily commentary and your review of the charts. You've several times mentioned that gold stocks are "cheap," and I don't disagree. Within the gold ecosystem, however, which do you think have the most promise, i.e., the biggest bargains?

Thank you for your kind words and this question which may be of interest to subscribers. The NYSE Arca Gold BUGS Index / gold ratio has been ranging below 0.2 since 2013. It is currently mid-range but the current reading is still below the nadir posted in 2000. Relative to the price of gold, miners are cheap. 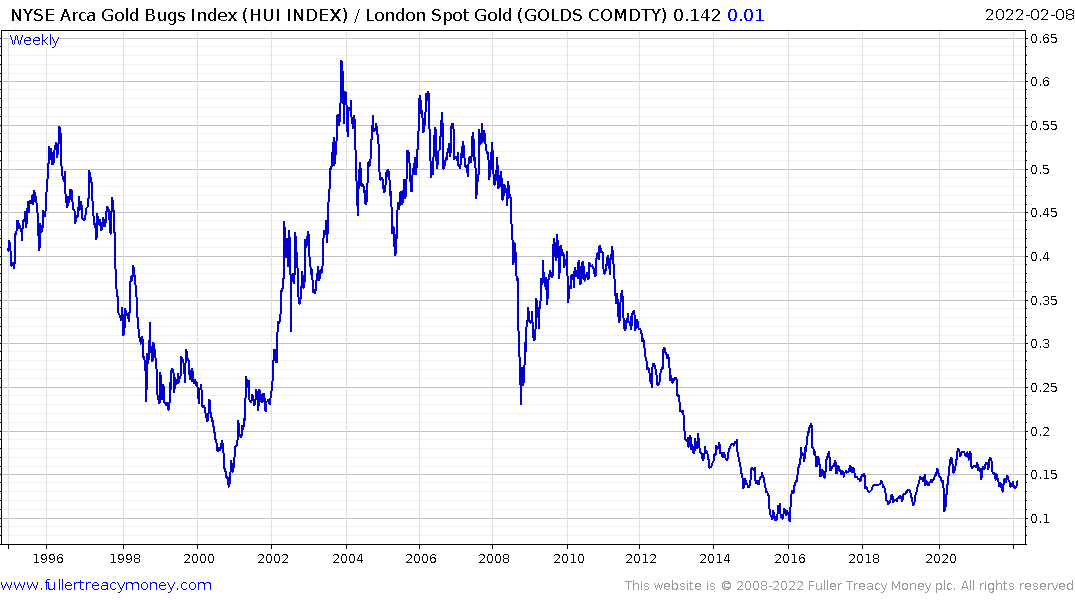 The vast majority have all-in-sustaining-costs around $1000 and the metal’s price today is $1822. That represents a hefty margin and because it is so difficult to build a new mine, that cash is accruing on their balance sheets. So, there are three ways to think about this situation. 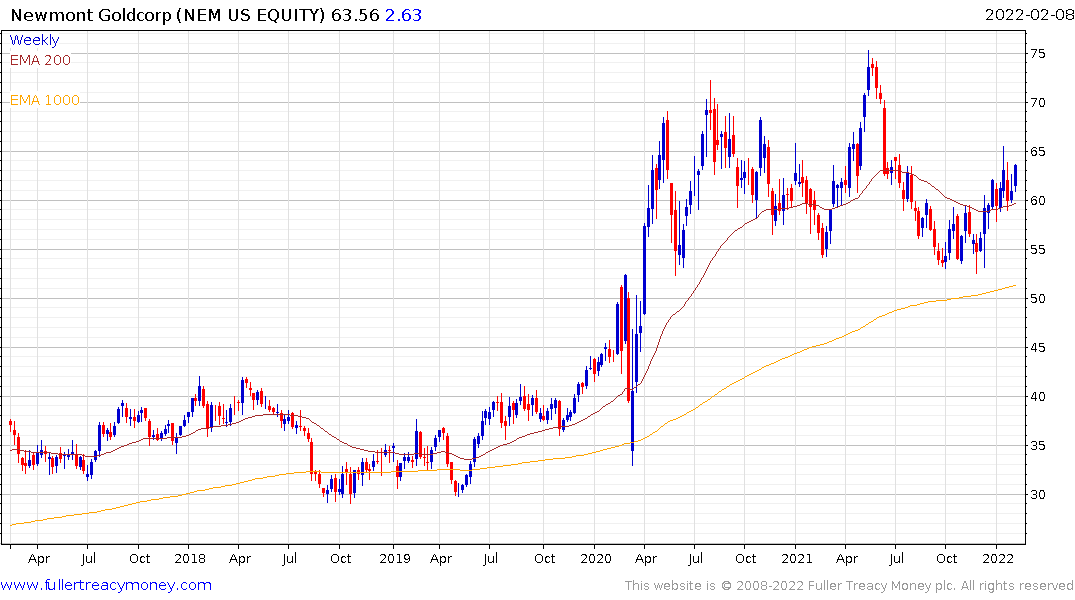 There are opportunities for dividend growth. Newmont yields 3.48% and grew its dividend by 111% last year. The share has been consolidating in the region of the 2011 peak for the last 18 months. 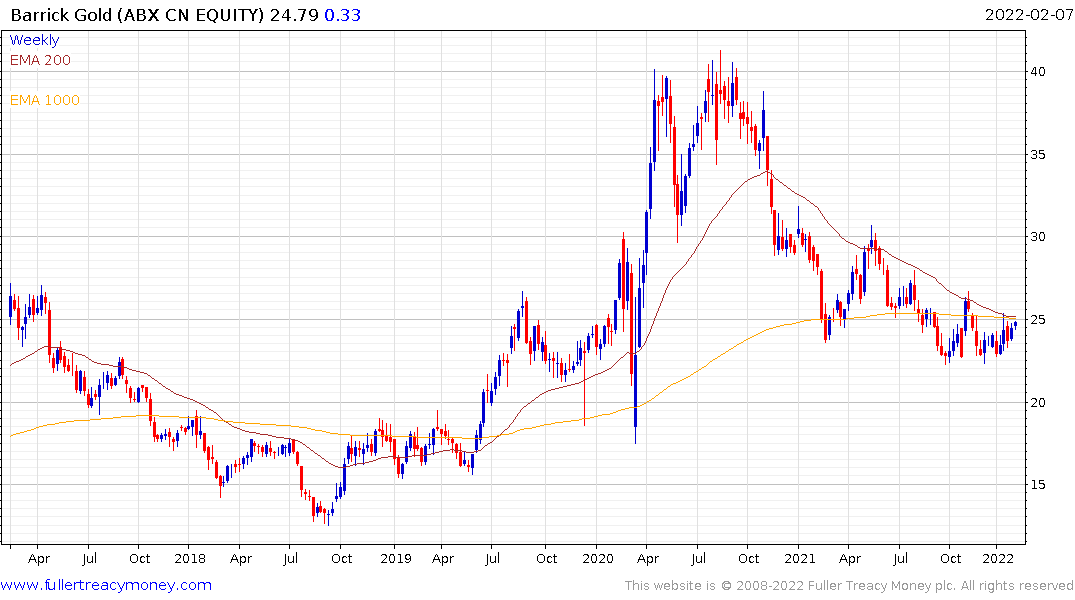 Barrick paid three special dividends last year which took the yield up to 3.93%. The share is currently firming from the upper side of its base formation.

At the other end of the spectrum, the higher cost producers have been beaten down during gold’s consolidation and have most to gain from its recovery. 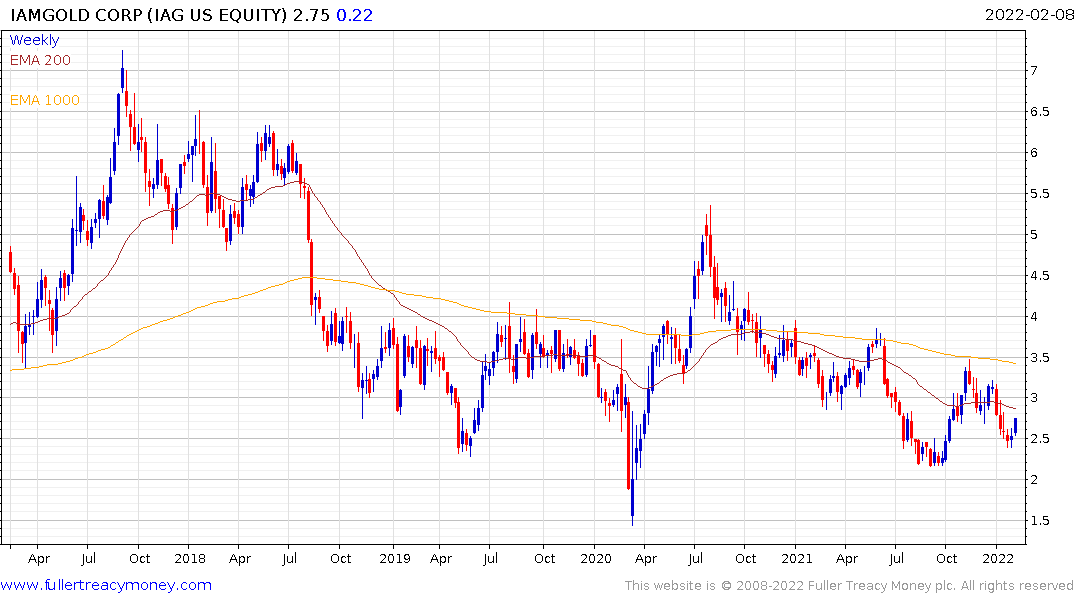 IAMGold is a mid-tier globally diversified producer and explorer with an all-in-sustaining cost (AISC) of $1230. The share is currently firming from the lower side of a five-year range. 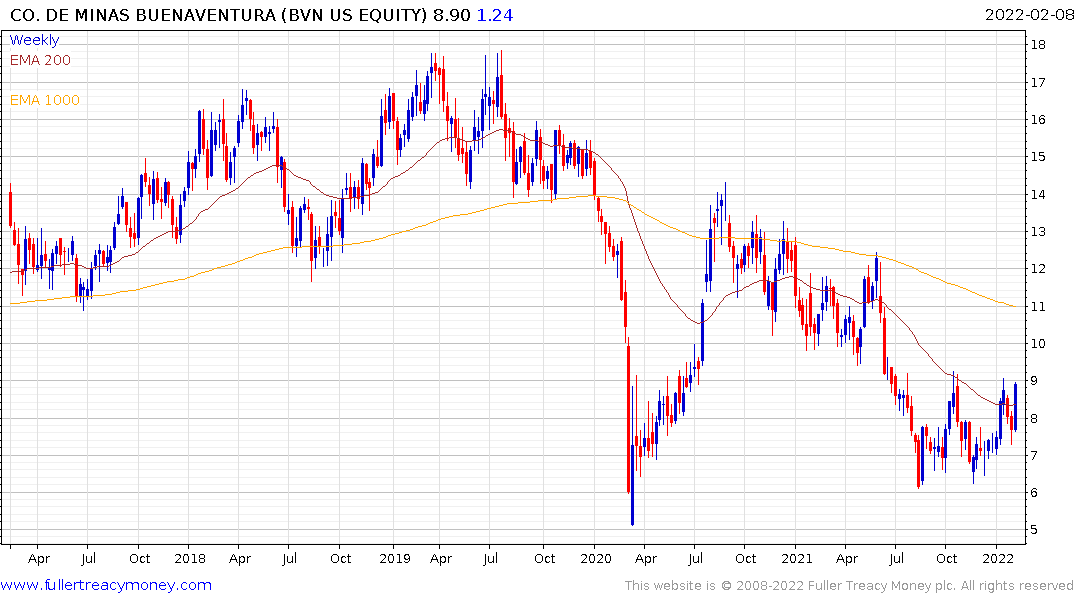 Compania de Minas Buenaventura’s AISC has increased from $1286 to $1488 over the last year. It announced the partial sale of one of its projects to Newmont today as a way of managing its liabilities. This is the kind of company that would see its balance sheet improve beyond recognition if gold breaks on the upside. 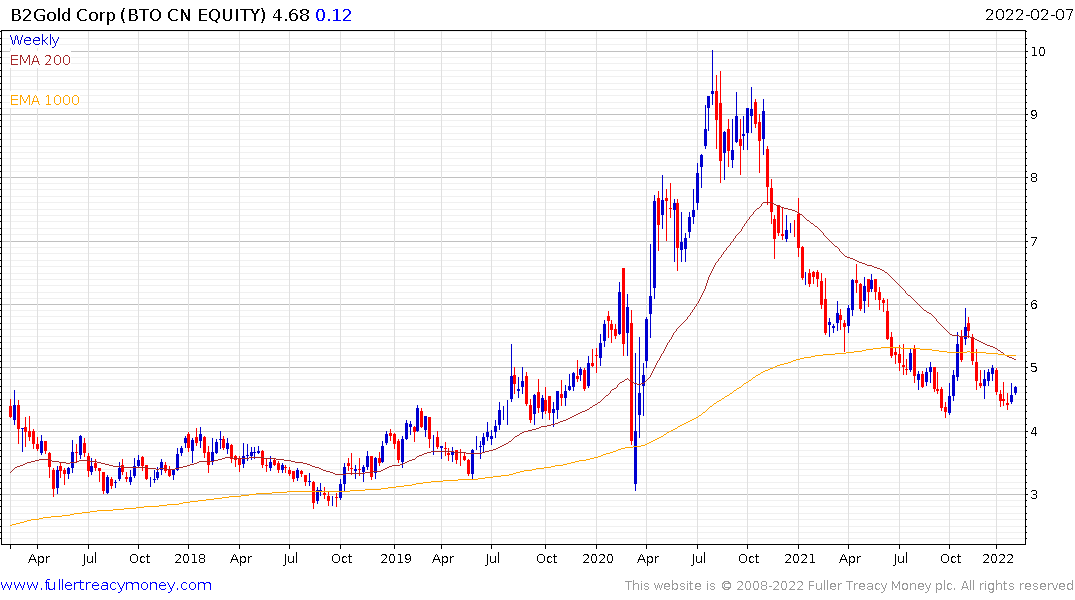 B2Gold has also seen costs increase and the share has been punished for it. Nevertheless, the AISC is still in the region of $1050. The share is steadying from the region of the October low near C$4. 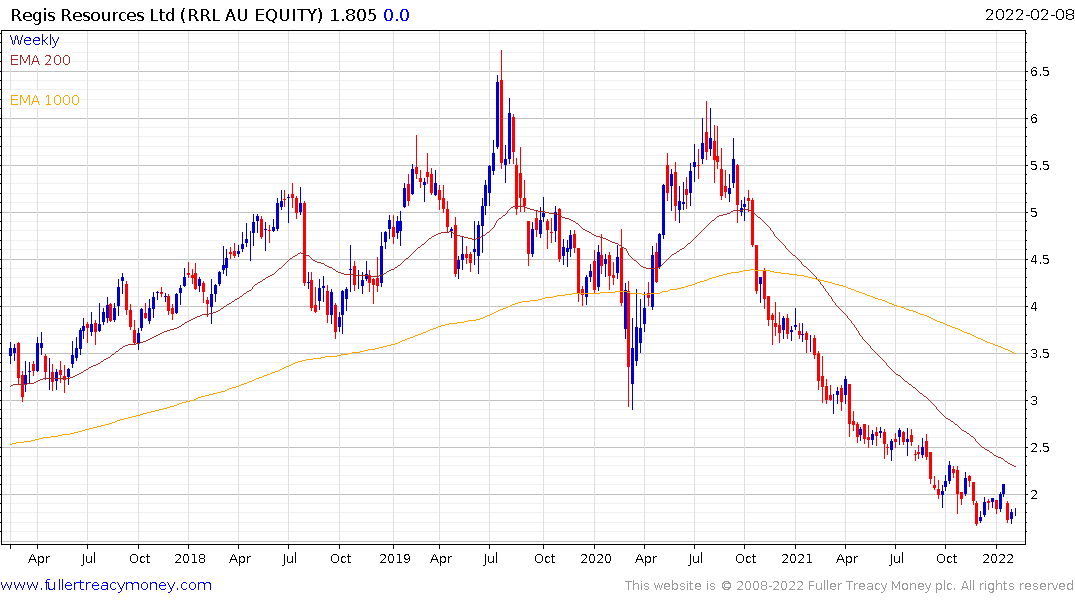 Regis Resources has historically had a very high AISC of $1530. With uncertainty about inflation and interest rates and sentiment deteriorating, the share has trended lower in a very persistent manner. It has is currently attempting to build support near A$1.65. 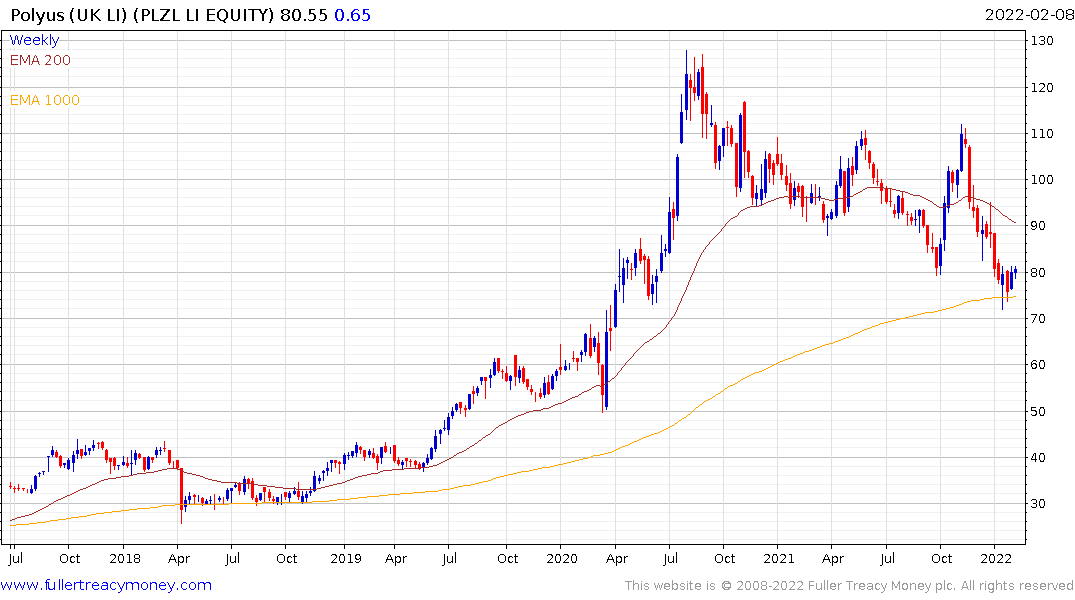 The last way to think about gold shares is as a play on political risk. If one believes, as I do, that the chances of a hot conflict in Ukraine are low, then Russian gold miners are at interesting levels. Polyus is buying back 1.4% of its share capital over the next six months and has an AISC of $667. The share is back testing the region of the 1000-day MA.