Email of the day on gold in other currencies and stock market/commodity ratios:
Comment of the Day

Email of the day on gold in other currencies and stock market/commodity ratios: by Eoin Treacy

I am enjoying the commentary as usual.

I had two questions for which I would be grateful for your opinion:

I don't understand why gold should be priced differently in different currencies. One would have thought that the market would arbitrage out the differences.

The second one is more general and applies to looking at long term trends such as that for oil versus the stock market. Could it not be argued that technology changes such as the advent of green energy or electric cars or indeed new modes of producing oil (fracking, oil sands etc) render these charts ineffective as predictors of future price action?

I thank you and look forward to hearing from you in due course.

Thank you for these questions which I’m sure will be of interest to other subscribers. Gold is a commodity and subject to supply and demand fundamentals just like everything else but it is also a monetary metal. That means it tends to trade more like a currency than a commodity.

Currencies trade as ratios and therefore the price of gold will vary depending on which currency it is quoted in. When gold is appreciating against the majority of currencies it becomes a favoured safe haven asset for investors seeking to flee the devaluation of their base currencies.

With the ECB talking about negative rates and the Federal Reserve on the cusp of cutting rates there is a clear rationale for thinking about an asset which is not subject to the ability of governments to print it. That’s also one of the reasons investors are supporting bitcoin prices. In fact, if we look at the trajectory of policy there is growing potential for currency wars as major economies compete for the weakest currency.

Regarding your second question the pace of technological innovation is increasing and that applies both to the energy sector and the broader economy. The long-term cycles have been in place for over a century and therefore reflect previous episodes of massive societal change, world wars, globalisation, the rise and fall of communism, the internal combustion engine, electrification, semiconductors, the internet etc. It is reasonable to expect the relative value arguments to continue to hold but that does not tell us anything about the nominal price levels. 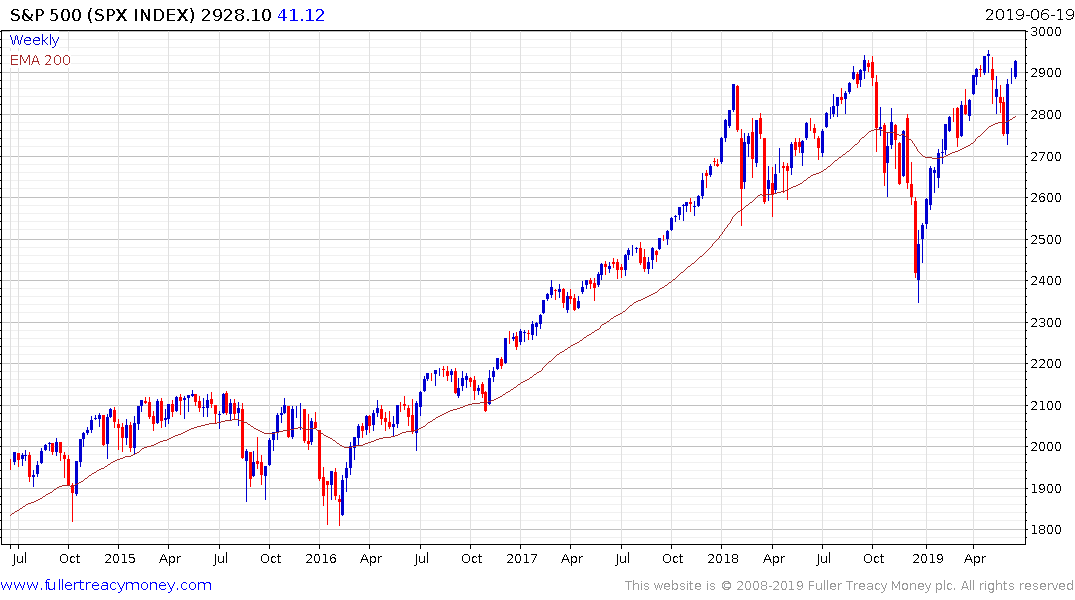 The S&P500 is pressuring the upper side of its 18-month range amid speculation the liquidity fuelled environment that has supported prices over the last decade is about to get another big infusion of capital. 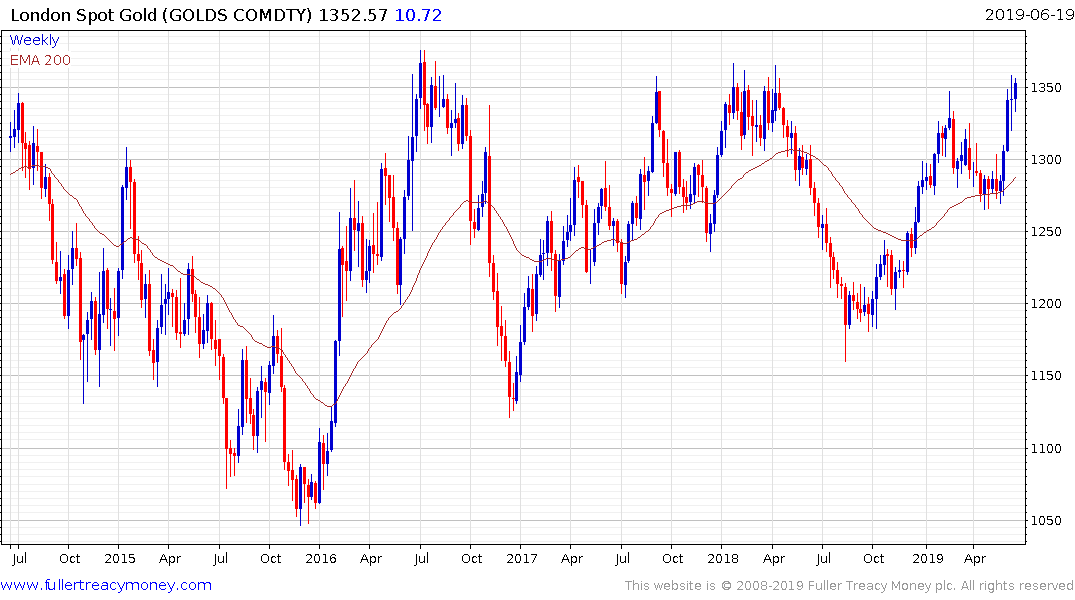 Meanwhile gold is pressuring the upper side of its six-year base formation for similar reasons.

The debasement of fiat currencies through negative interest rates, massive supply, government bond market manipulation and the potential for an acceleration of all these trends with the overt adoption of Modern Monetary Theory suggest the loss of purchasing power of national currencies will be the counterbalance to bull markets in asset prices.