You mentioned that gold should be higher. I understand that there is effectively a "put" on gold, die to shorts being able to be placed - using unallocated gold - which are naked. But that the Basel 3 Accord which should be in place in June will reduce unallocated gold to a tier3 asset.

Gold I understand being elevated to a tier 1 asset (as for cash).

This surely means that the demand for physical gold (already in demand with orders not being filled) will surely surge.

Are we therefore positioned to make a killing on gold between now and June?

Thank you for this topical question. The announcement that gold would be recategorized as a Tier 1 asset under Basel III occurred two years ago. That begs the question whether the outsized demand from central banks since early 2019 was in response to the announcement and in preparation for the changeover in June 2021. I suspect Russia’s outsized purchases over the last few years were influenced by this change over.

Banks maintain hedge shorts in gold as part of trading operations. A liability can’t be a Tier 1 asset by definition. The broader question, as we look ahead, is whether banks will hold a percentage of their reserves in gold rather than cash or short-term debt instruments.

When interest rates are this low, the return on cash is negative on an inflation adjusted basis. Gold has a long history of performing well in times of negative real interest rates so it is logical to allocate at least a percentage of reserves to the physical metal. The Basel III rule change removes an obstacle to banks holding more gold but its volatility means any transition will be small. 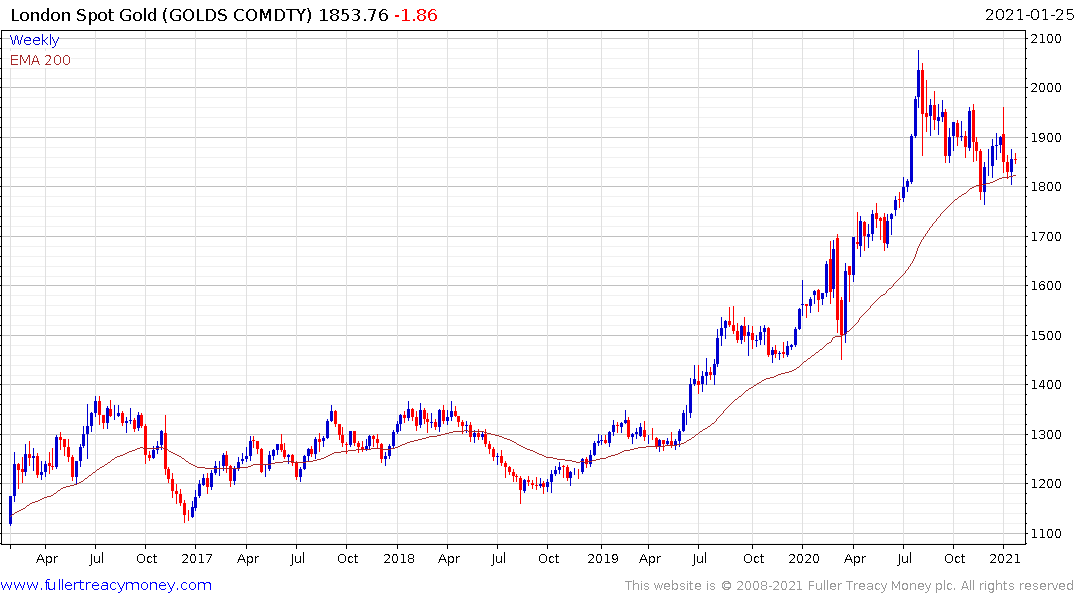 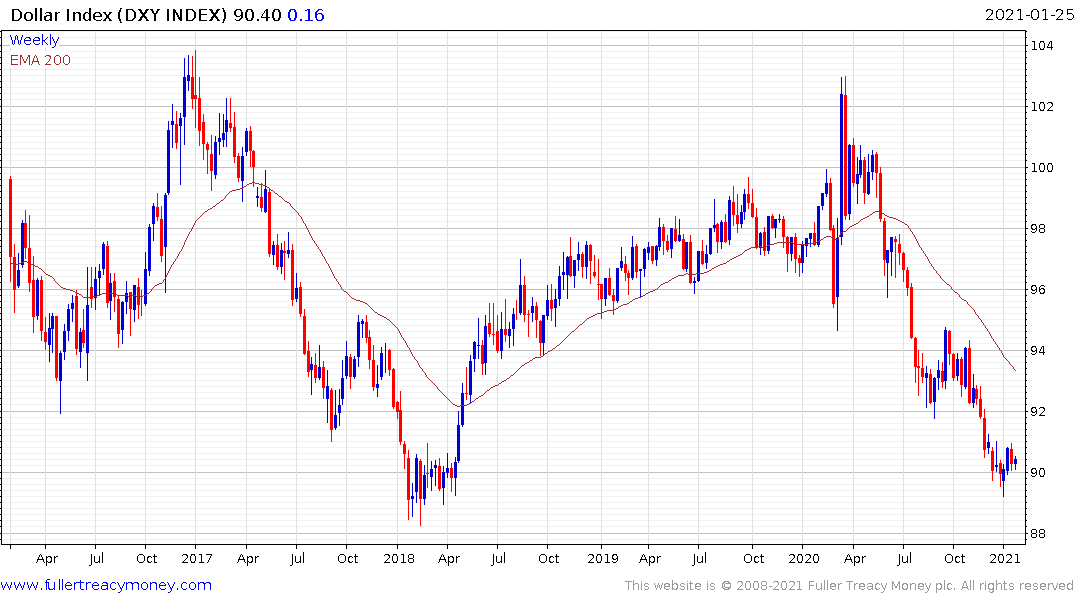 The bigger issue today is about the value of the Dollar and the flow of liquidity. The greenback is very oversold in the short-term and a reversion towards the mean is underway. Central banks have been reticent to boost monetary stimulus over the last couple of months and that continues to pressure gold.

The price continues to pause in the region of the trend mean but will need to break the five-month sequence of lower rally highs to confirm a return to demand dominance beyond steadying. 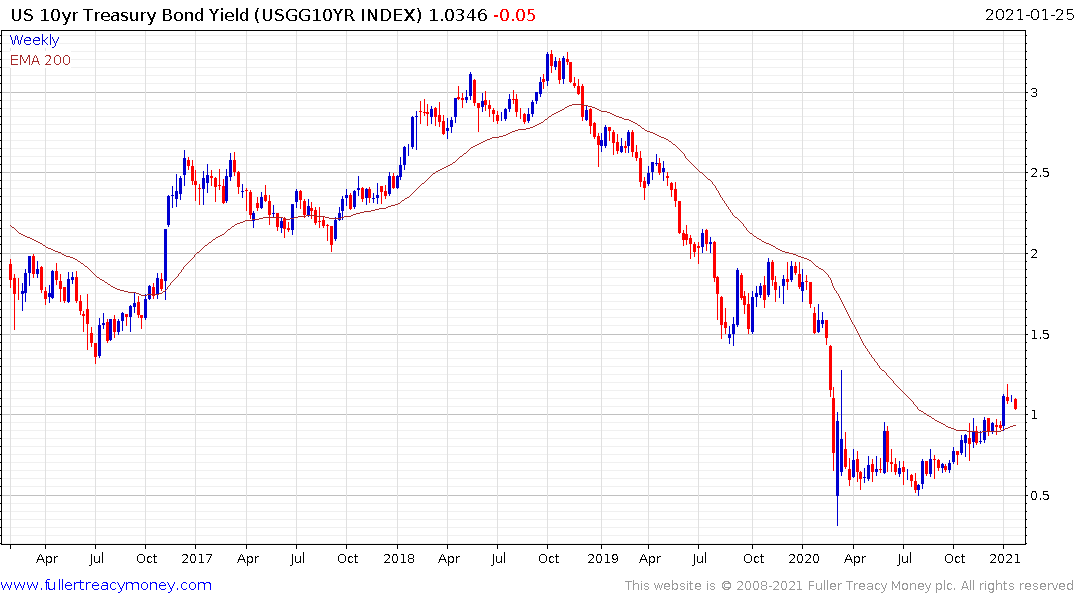 I’ve been of the view since before Christmas that additional monetary stimulus was unlikely until it was required by a stock market pullback. With Treasury yields compressing today, we are drawing progressively closer to such an event because the move signals demand for a safe haven.