Email of the day on global liquidity measures:
Comment of the Day

Email of the day on global liquidity measures: by Eoin Treacy

I really think you are on to something here and you should develop your deficit chart and data set even more. It is always possible to refine econ data further, as any credible economist will attest.   Gavekal and others charge a fortune for “who’s supplying liquidity?” work as it’s key to fin mkts.  I would just observe that Friedmanesque/ Chicago school money theory is being severely tested as my client below notes…. velocity has simply not picked up as expected.  Hence the social Angst of the bottom  50%…versus top 1% ….rich get richer etc (Brexit, Trump etc)

Inflation or its opposite is “sticky”.  “The cause of inflation is…..inflation”.  Volcker had to jack rates far too high in 1980+ to reverse decades of inflationary psychology.  So it may be with its reverse, disinfl.  Maybe CBs have to keep rates lower for longer and even let ‘er rip, until the psychology changes (then MS and velocity finally pick up, pitching us into the next inflationary cycle).

Some good points below, from an LSE grad living in HK, a far better economist than I

Thank you for your kind words and the attached analysis which highlights just how much money China has created, out of thin air over the last decade. Here is a section:

The exception again was China where a big part of that $33tr+ expansion in TSF was increase in private and SOE bank money multipliers - over and above BOC asset creation of perhaps $20tr (??) - as they created billions of “wealth management products” for bank customers seeking higher returns which yielded 8% when their own underlying property assets were often yielding 0% (property was empty).

But this property was inflating in asset price at 10% per year because the banks were lending against and investing in property. Deja vu? A la Japan? Some reckon around 1/5-1/4 of all property is empty in China. And they are still building more at 7-10% pa.

So, my point is that I wonder if Eoin missed out BOC asset growth - and Chinese money multiplier growth. I think both were largest contributors to global asset growth 2009-19.

This is an excellent point. I’ve been concentrating on central bank balance sheets and government deficits but the banking sector’s money multiplier effect is equally important. It is for that reason we have always been alert to the condition of the banking sector and its relative performance compared to the market. However, I will look into creating a composite figure so we can put a number of it. 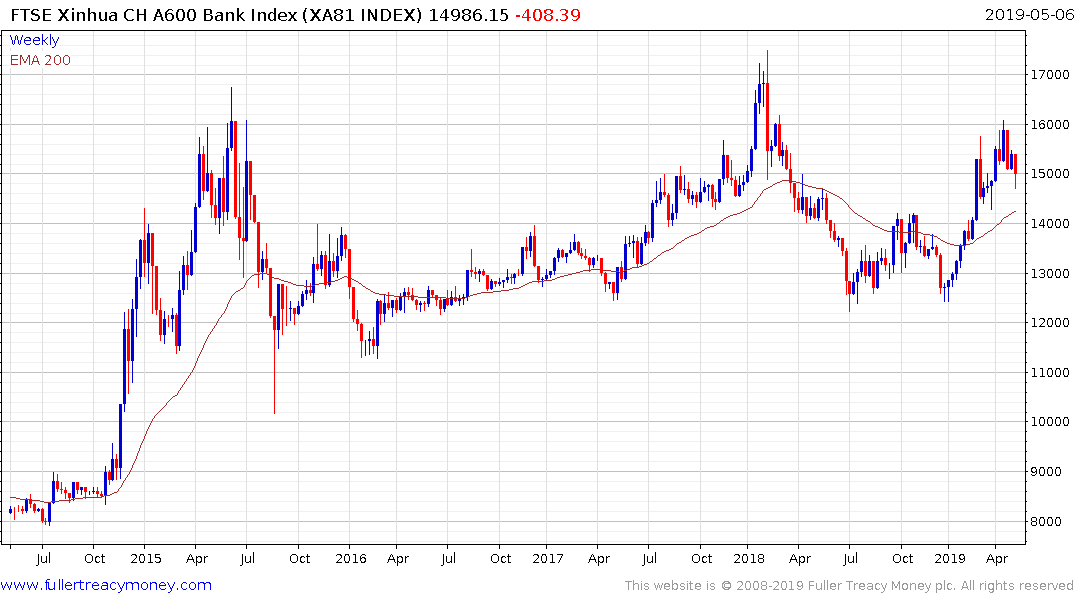 I would argue the measures underway to curtail shadow banking are now over and credit creation is back in vogue after the latest Party Congress meeting in April. Faced with the trade war and slowing domestic economy, China has little choice but to ease. The big challenge is the housing market whose strength is a direct result of the banking sector’s money multiplier effect.