Email of the day on Germany fiscal stimulus by Eoin Treacy

You have recently mentioned possible German fiscal easing. I am reading "Berlin Rules" by former UK ambassador to Germany, Paul Lever. On page 190 he wrote that German politicians perceive their country's interests in several ways, one of which is "the further development and enforcement of mechanisms for maintaining fiscal discipline in all eurozone states." Fiscal discipline is part of German DNA and this is supported by the new Hanseatic League of northern EU member states' governments. I fear that your suggestion for German fiscal easing is, if I might use the term, "wishful thinking."

Thank you for this email which highlights the clear desire of German citizens to generally abide by a strong fiscal regime. That is particularly easy to do when the country is running large surpluses and the savings rate is in the order of 10%. However, spending continues to increase and the surplus is shrinking as a result. 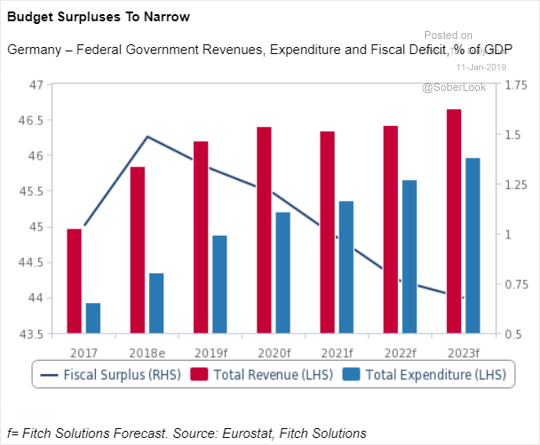 Meanwhile the economy is heavily dependent on the export of high value items, like cars, and the broad ancillary ecosystem they support. There are few countries as impacted by China’s slowdown and retreating consumer demand than Germany. Meanwhile, the performance of the stock market clearly says something is untoward. 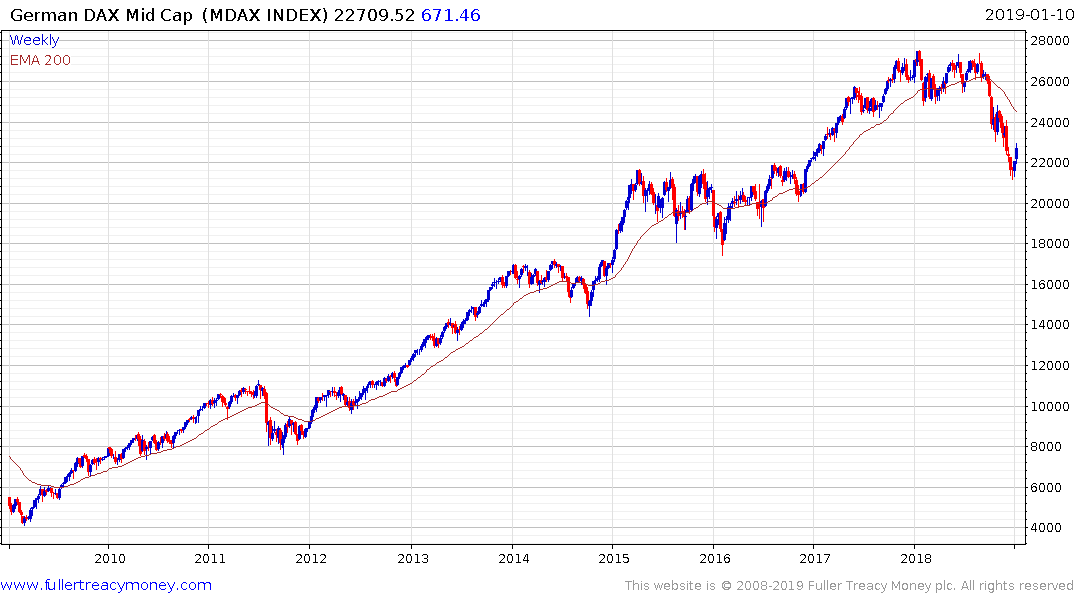 No one in Germany is going to announce fiscal stimulus, I agree, but substantially higher spending? Measures to support pensioners? That’s the base case in my opinion and that’s if growth bounces back. If growth continues to contract, particularly against a background where the ECB is on hiatus, then either will need to stimulate or the Euro will need to get a lot lower.