Email of the day on financial repression:
Comment of the Day

Email of the day on financial repression: by Eoin Treacy

Thanks so much for the terrifically informative analysis that you continue to provide. The quality of your work is simply jaw dropping at times. But I wonder if you could please clarify one thing. Would you mind defining more clearly what you mean by the term “financial repression”? I can certainly search this, but I’d like to know what it means to you.

Thank you for your kind words and I’m delighted you enjoy the service. The term “financial repression” is emotionally charged because of its historic significance. After World War II the US government paid back its war debt by inflating it away. That was a deliberate policy where interest rates were held at a low level for a prolonged period, taxes were raised and inflation eroded the debt over decades. From an investors perspective it was akin to the government reaching into your pocket and taking your money.

Governments who enjoy the privilege of issuing debt in their own currency do not default. They always have the option of printing the money required to service the debt. The most obvious result is in the value of the currency. In the 1940s the USA had just won the war and was the best capitalised country in the world. With the reserve currency it took decades for the currency devaluation to have an effect but arguably it went into overdrive with the Arab Oil Embargo. 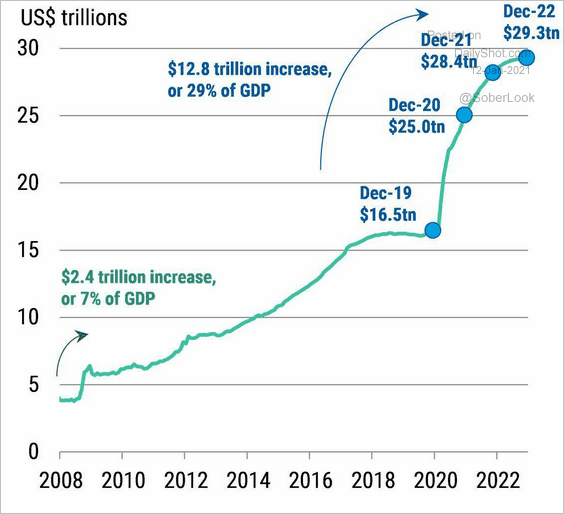 Today’s government finances were already in a parlous state before the pandemic and debt to GDP increased by 29% last year. One way or another, taxes are going up and the Federal Reserve is in no position to raise interest rates. Meanwhile the incoming Biden administration is reported to be planning a $2 trillion stimulus package to spur reflation.

Economic revival is the top priority for every government. It’s the quickest way to get unfavourable debt metrics back under control. Outsized stimulus, a new social contract, affordable housing and back to work schemes are inevitable as attempts to placate a restive population are deemed essential.

After World War II there was a need to find retrain and find jobs for soldiers. It resulted in massive government spending which was funded by artificially low interest rates and above trend inflation.

Following the social justice unrest and revolt against the Vietnam war in the 1960s, governments did the same thing. They embarked on outsized spending, new social programs and make work schemes. It was paid for by ensured interest rates remained below the rate of inflation and that the central banks printed whatever money was required.

Today, we have increasing evidence of social unrest in the USA. Imagine for a moment what it was like for elderly politicians to have their chamber overrun by a mob. They are going to do whatever is necessary to ensure that never happens again. Eileen Murray might be at FINRA right now but the kind of proposals she is making are very likely to be adopted by the incoming Biden administration. 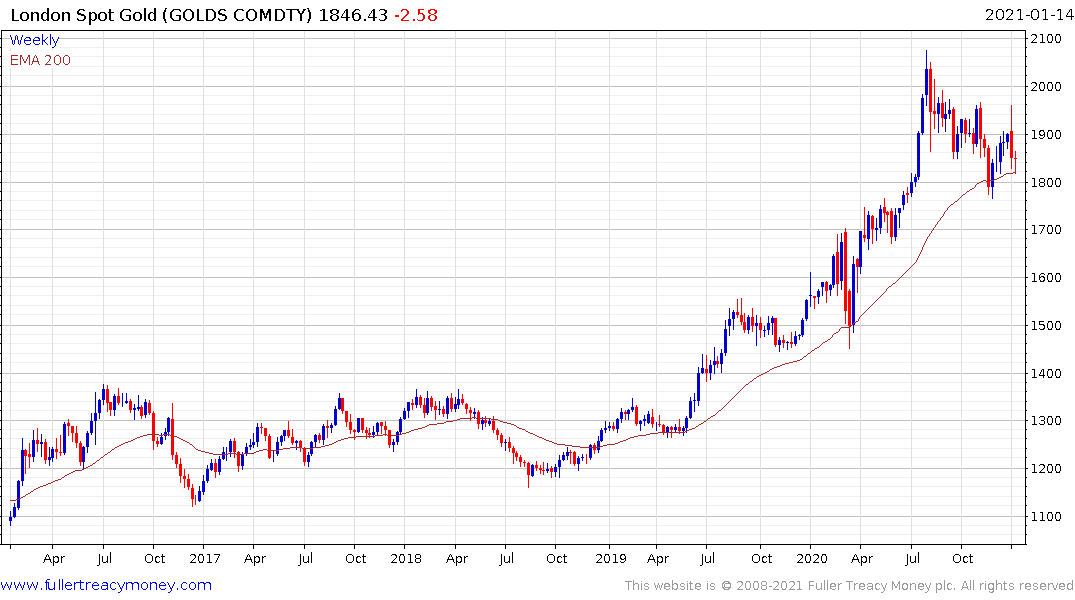 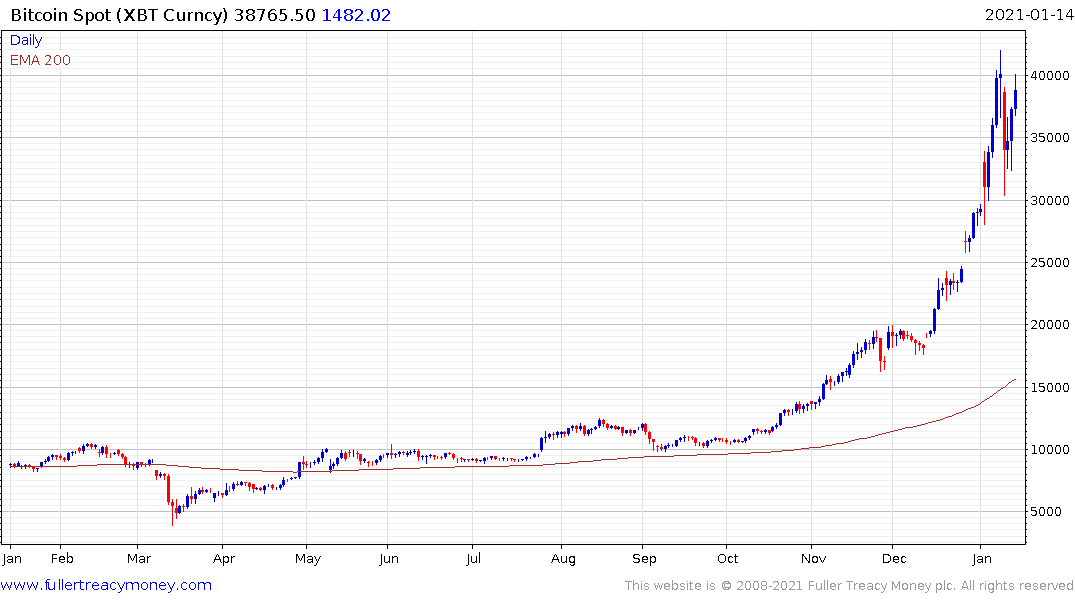 Financial repression creates demand for hard assets beyond the reach of governments. Classically that has been gold. Today some are experimenting with bitcoin. Both are likely to continue to do well

At present the least amount of hissing arises from increasing carbon taxes. Emissions rates just broke out to new all-time highs and I view that as a secular phenomenon.

The hurdle for higher personal taxation is currently being set at $400,000. That’s not especially high and will ensure that around 8 million people will see significantly higher taxes in this Presidential term. The same trend is already evident in the UK and will spread to an increasingly large segment of the global economy.

We are entering a period of high spending and high deficits but higher inflation. The Fed has so far been sanguine about the uptrend in Treasury yields because the rate is still below the expectation for inflation. I remain of the view that some form of yield curve control is inevitable. A steadily steepening yield curve is positive for banks and lenders but negative for borrowers and especially governments because of their ongoing and increasing capital requirements.

Meanwhile, many large corporations have loaded up on cash over the last year and may not have to go back to the market for debt for years to come. They have effectively pushed out the maturity wall which investors worried about for this year and next.

From a stock market perspective, the flow of liquidity is by far the most important factor. It is the fuel driving the evolving mania among retail investors.