Email of the day on Fanuc and robotics by Eoin Treacy

“I would like to read your comments, if possible, about Fanuc, this leader Japanese company that, although its brilliant prospects it took a dive in the last weeks. Thank you.”

Thank you for this question which others may have an interest in. Industrial automation represents a growth theme dominated by companies supplying robots, software and optics.

Robots are made from machined parts which is why Fanuc has refused to move manufacturing outside Japan due to the risk of imitation. Nevertheless, the growth of the sector acts as an incentive for other companies to compete not least by taking apart a finished product and reproducing the parts with small changes to avoid litigation. Software on the other hand is more difficult to simply copy due to the need for updates, product keys and the hours and expertise required in writing code etc. It is for this reason Fanuc recently announced it is concentrating more on the software powering their robots. 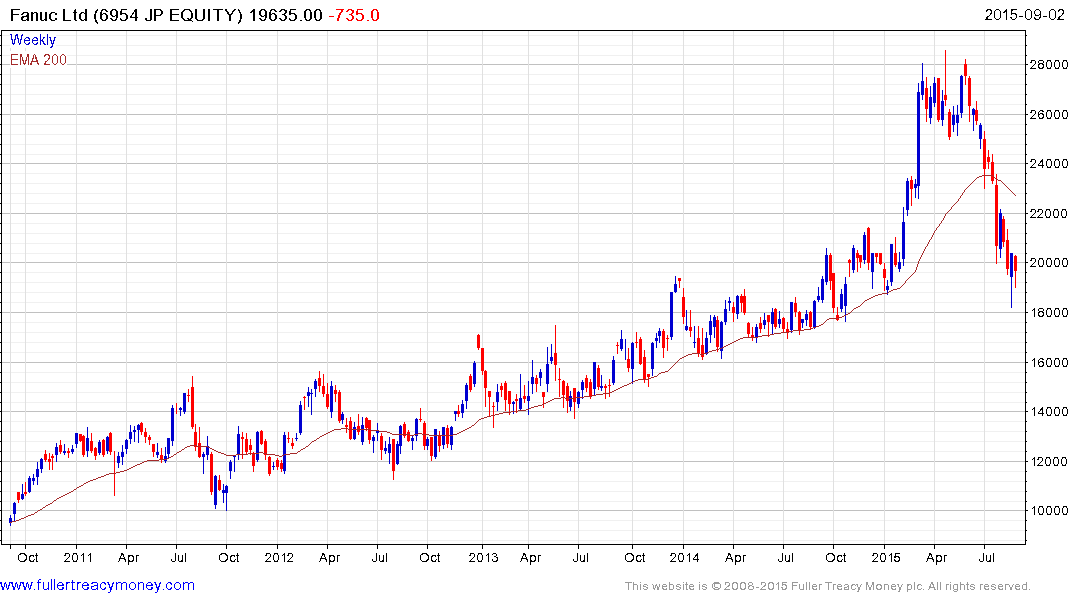 The share has returned to test the region of the medium-term progression of higher reaction lows and will need to hold the ¥18,000 level if scope for continued higher to lateral ranging is to be given the benefit of the doubt. 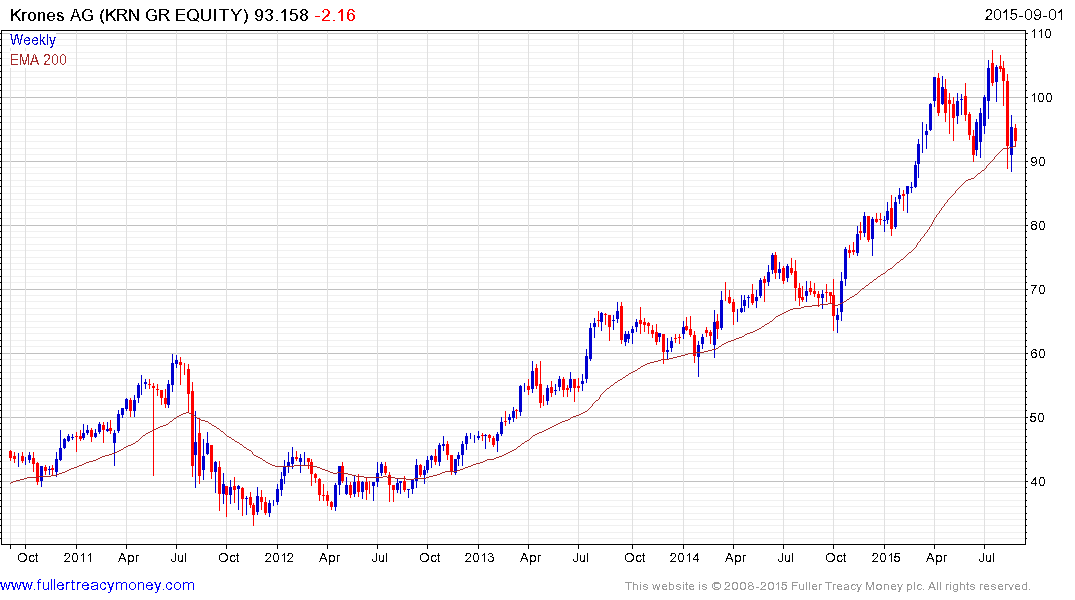 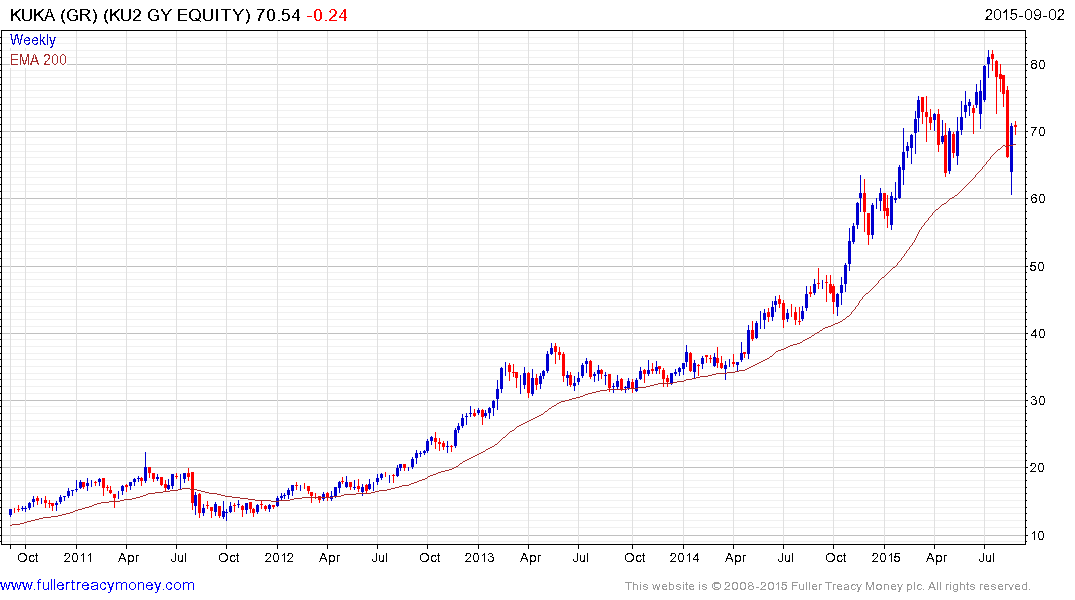 Germany listed Krones and Kuka has found at least short-term support in the region of their respective 200-day MAs. 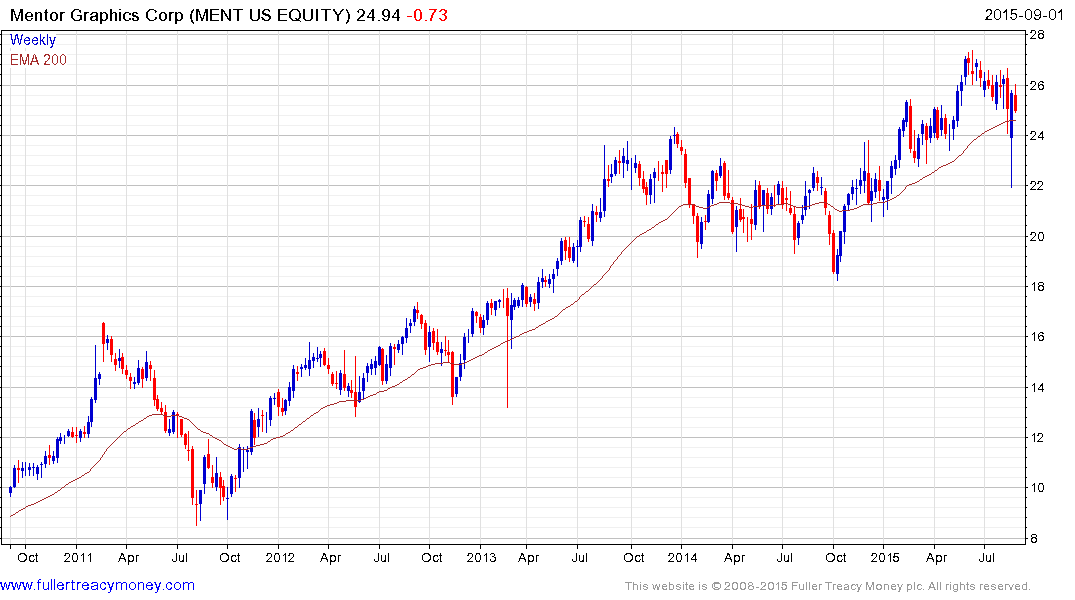 US listed Mentor Graphics is also trading back in the region of its trend mean.