Thank you for this question which others may also have an interest in. Porsche is representative of a group of companies within Europe with very low valuations. In fact, following a scan of the Europe STOXX 600, Porsche has the lowest combination of historic P/E of forward P/E in the region at 2.86 and 6.36 respectively and the share yields 2.64%. 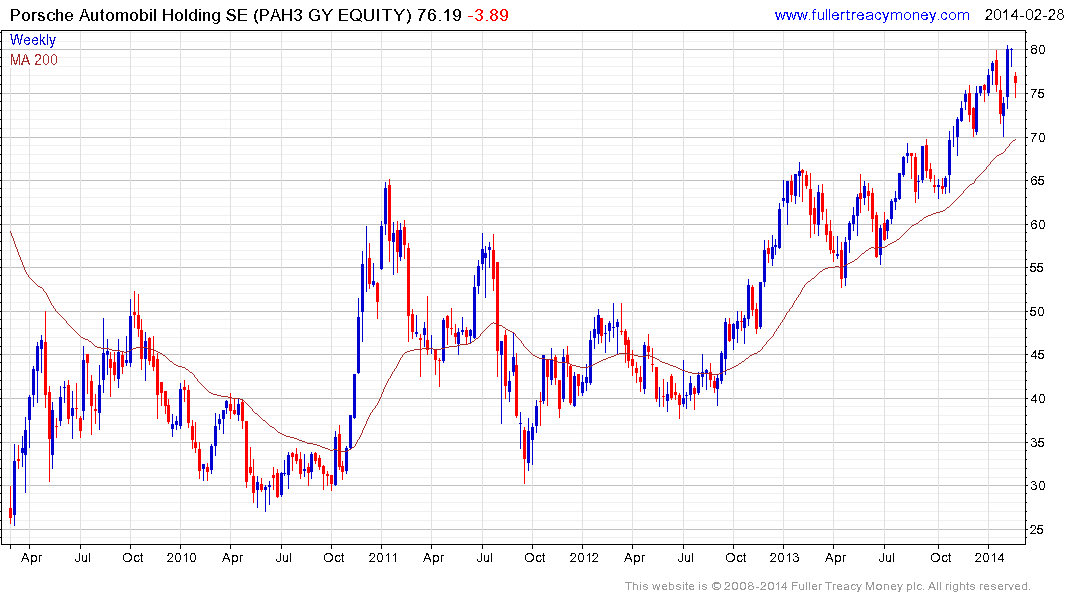 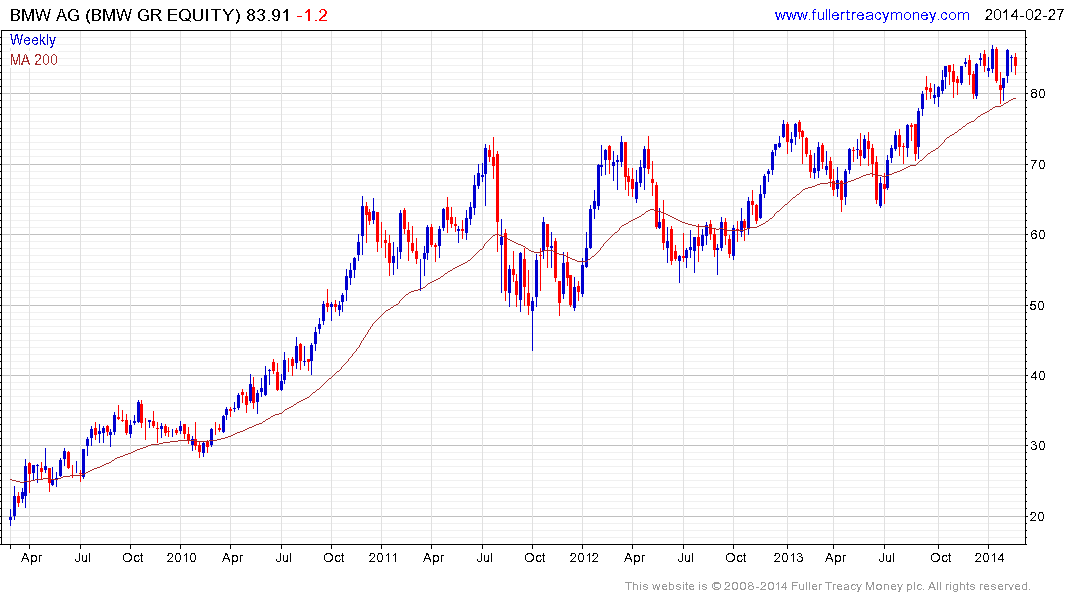 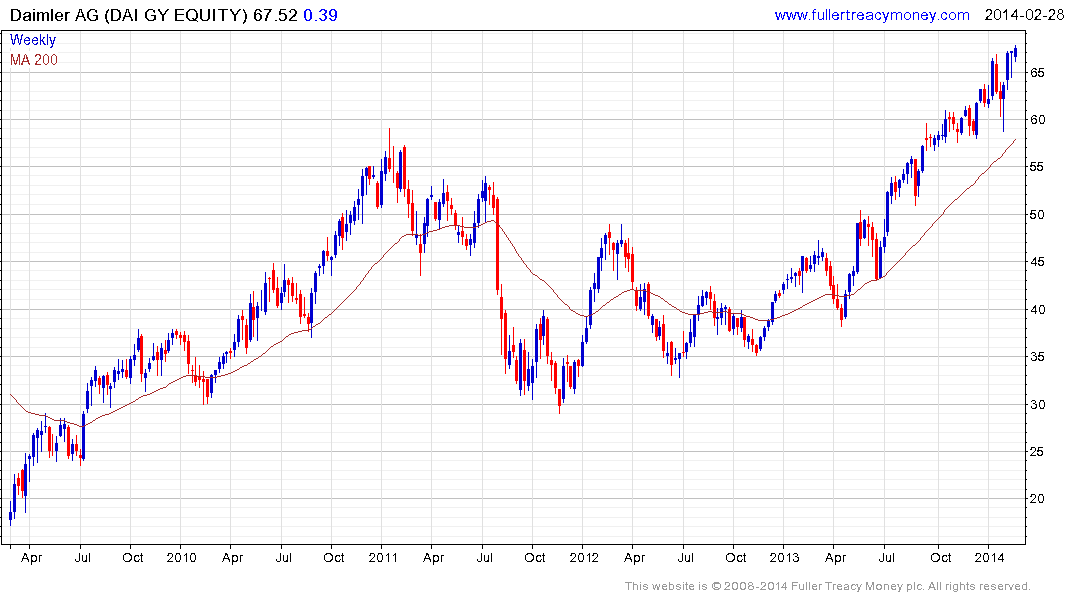 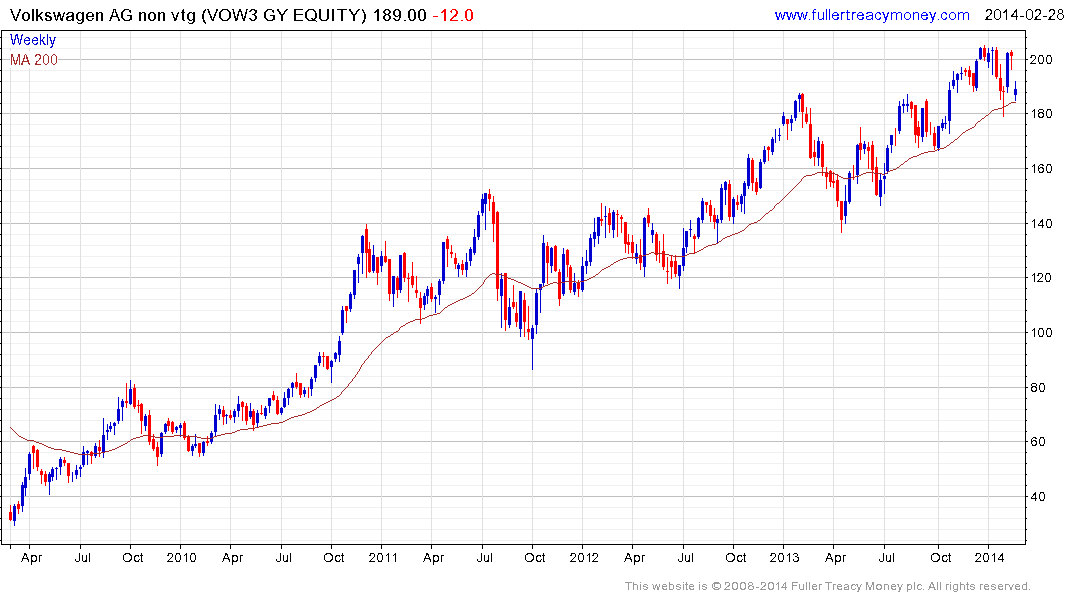 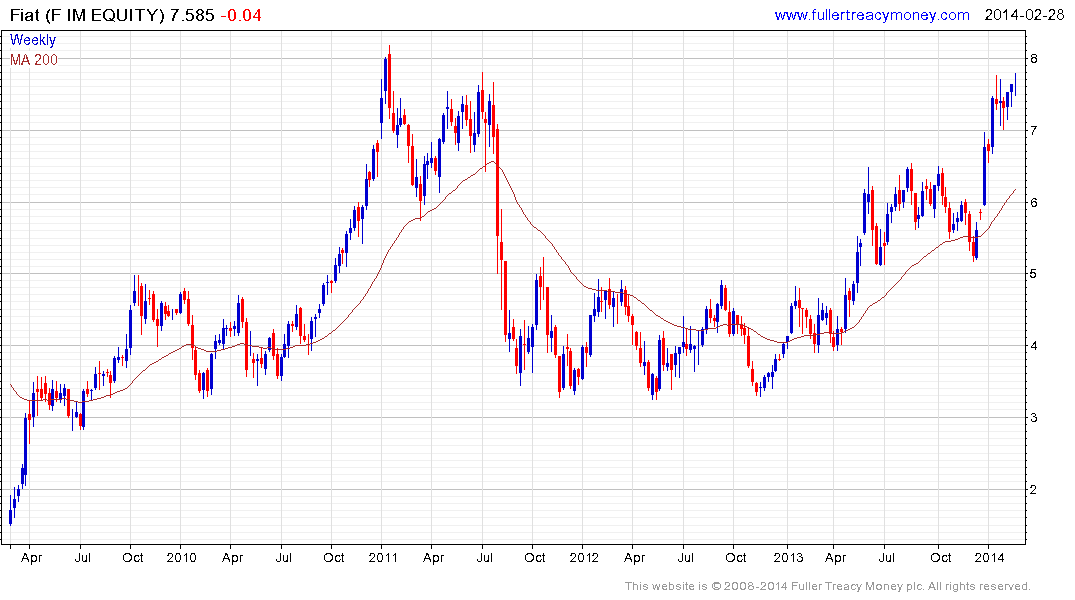 Broadly speaking the chart patterns for the above shares can be broken down into two categories. Those with a strong export focus have been among the greatest beneficiaries of loose monetary policy while those with more of a domestic European focus have been slower to recover. Some such as Renault are currently somewhat overextended relative to their trend means but their medium-term progressions of higher reaction lows would need to be broken in order to question potential for additional upside.

The auto sector was one standout in the search I performed on Bloomberg of Europe STOXX 600 shares with historical P/Es less than 10. but the reinsurance sector is also notable. Swiss Re, Muenchener Re and Hannover Rueck all appeared and yield 4.68%, 4.57%, 4.87% respectively. They have all been ranging for more than a year but have attracted investor attention of late as the search for companies that may represent value increases. 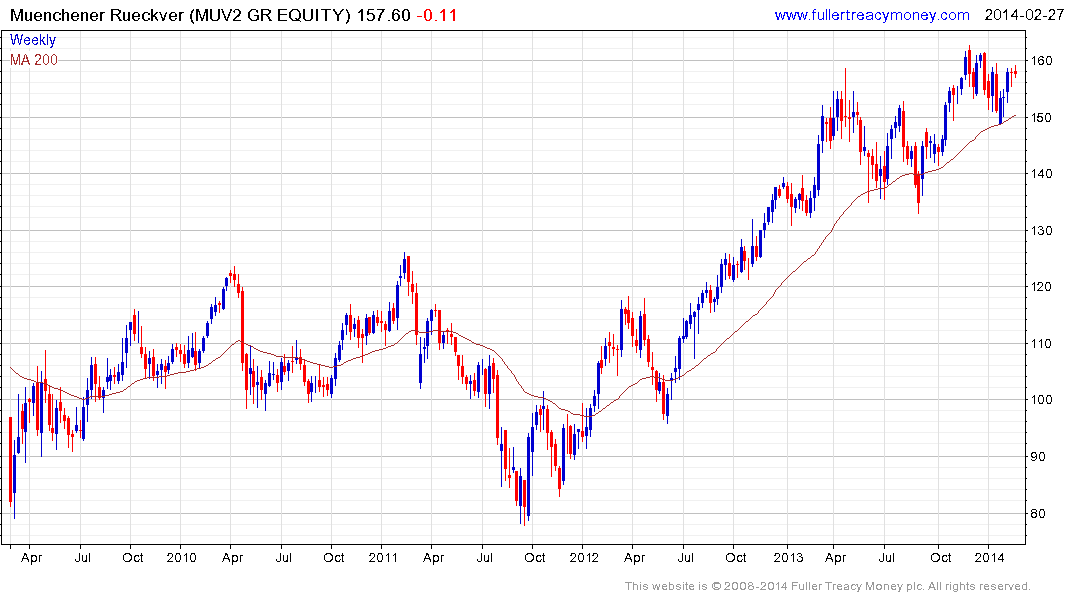 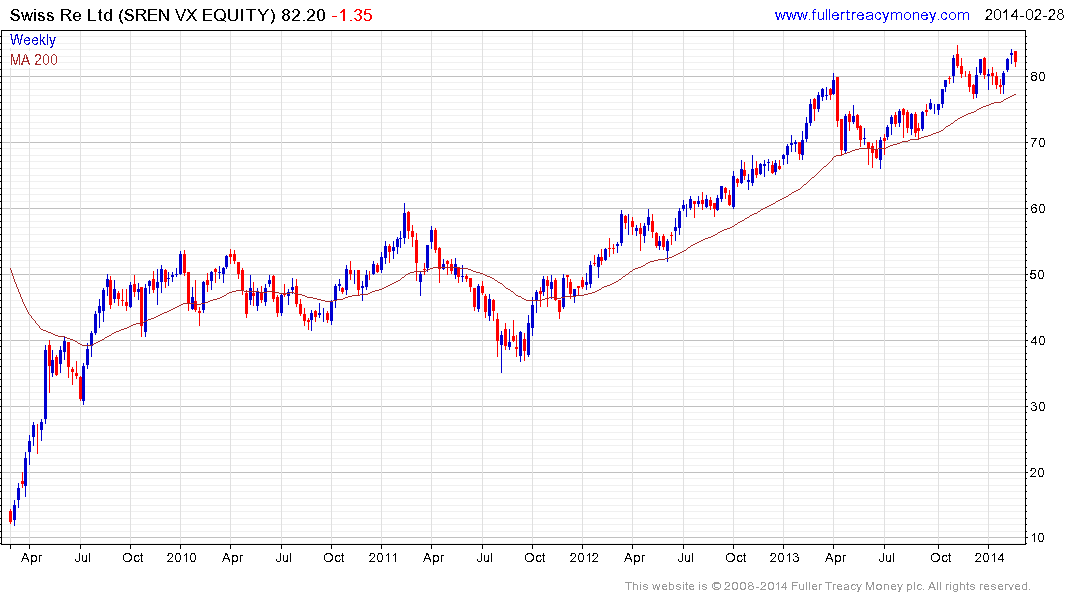 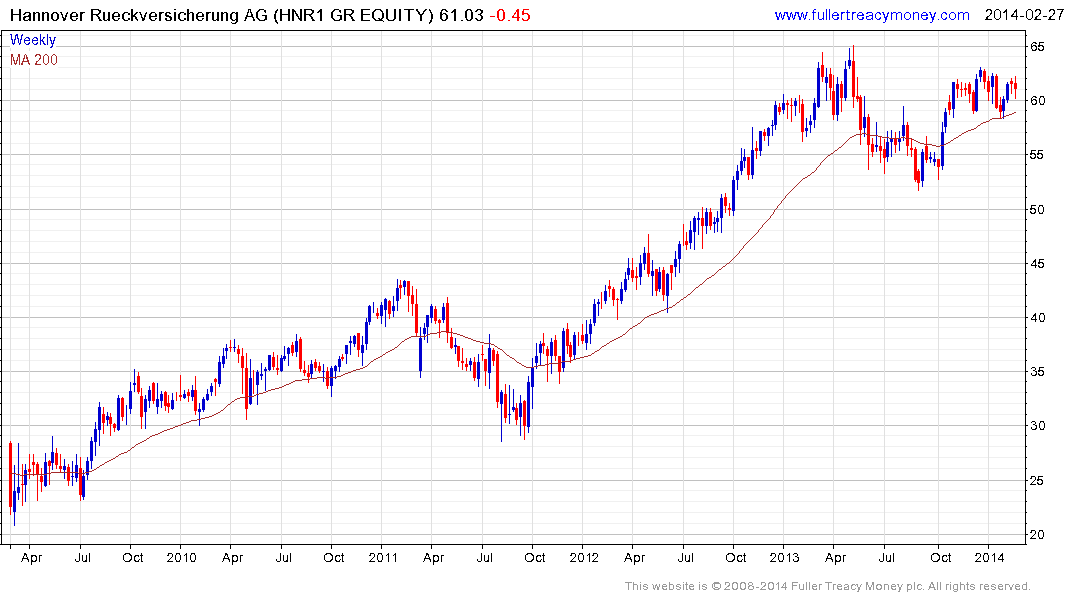