I came across this article (attached) about a new British company that has recently listed on the Nasdaq. Big questions about whether it can succeed, but it's an interesting take on the possible future of local manufacturing, and not just for vehicles. If successful, it could presumably have an impact on the issues of on-shoring, local community development and not to mention the ESG sector.

Thank you for this email and the attached article from the Times. Here is a section:

One reason why the prediction is more convincing this time can be found on an industrial estate in Oxfordshire. Arrival will start producing electric vans at its first small plant outside Bicester soon in what the company believes will be a turning point for global manufacturing. Avinash Rugoobur, the former General Motors executive who is Arrival’s chief strategy officer, says that not only the motor industry will be watching closely. “Many other industries will say: ‘If Arrival can do it in automotive, why can’t we do it in our sector?’ ”

Valued at about $10 billion after its recent flotation on Nasdaq, Arrival has been working for five years on the necessary technology. Denis Sverdlov, its founder, a Russian telecoms tycoon and former government minister, believes that using highly automated small plants can be dramatically cheaper than traditional large factories. A decentralised model also should reduce carbon emissions and deliver big economic benefits to the microfactories’ communities thanks to localised supply chains.

To apply this approach to vehicles has required a fundamental redesign of the products. Arrival makes its bodies from coloured composite materials, doing away with the metal pressing and painting that take up much of a traditional car plant. Although Arrival makes some use of 3D printing, Rugoobur says that “3D printing can be an enabler of decentralised manufacturing, but is not the only way of getting there”.

During the pandemic, many of these techniques were used by British companies to produce personal protection equipment and medical components when supplies from China were interrupted. In addition to fears about the resilience of supplies, companies have been worried about rising wages in China and the rising costs of transport. The Suez Canal snarl up has heightened concerns. At the same time, many western governments have said that they want to build up domestic manufacturing in critical industries, a resolve only strengthened by the vaccine wars.

One of the most attractive points about electric vehicles is they are much less complicated to manufacture than conventional internal combustion models. That allows for innovation in business models.

Economies of scale models mean every incremental product pays off the investment in infrastructure. If initial investment is low it allows pay back to be achieved earlier but with less room to build on the investment because scale is limited.

Tesla is going for economies for scale. Arrival is hoping to build cheaper by staying small and local. Others will try to create subscription models for vehicles to stretch the maturity and cashflows from products. All of these models look viable in a low interest rate environment because there is less pressure to deliver financial results. Arrival’s $10 billion valuation, with no sales, is a clear example of that. 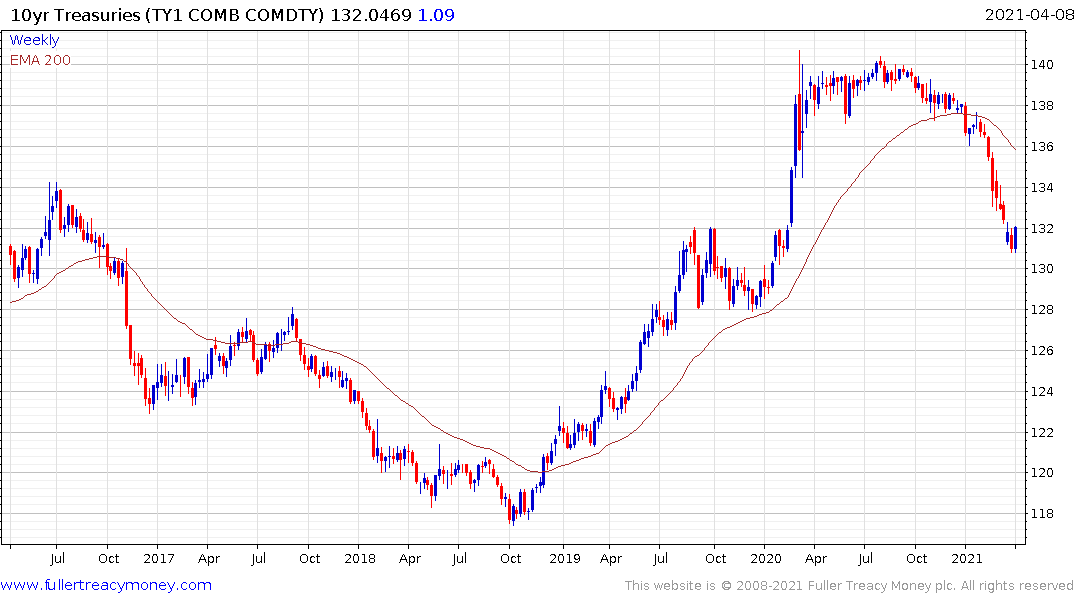 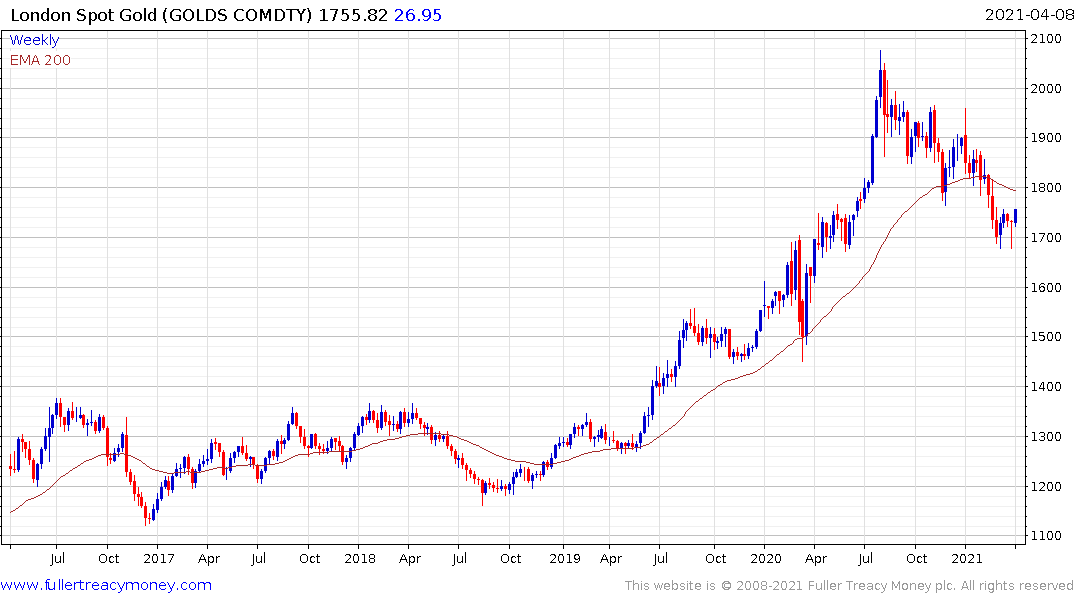 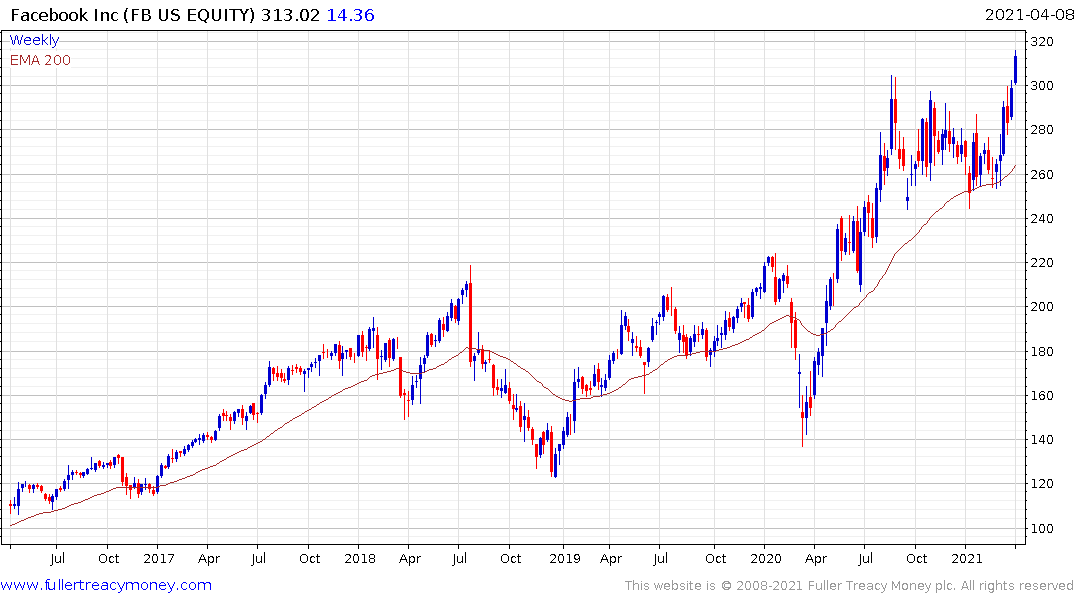 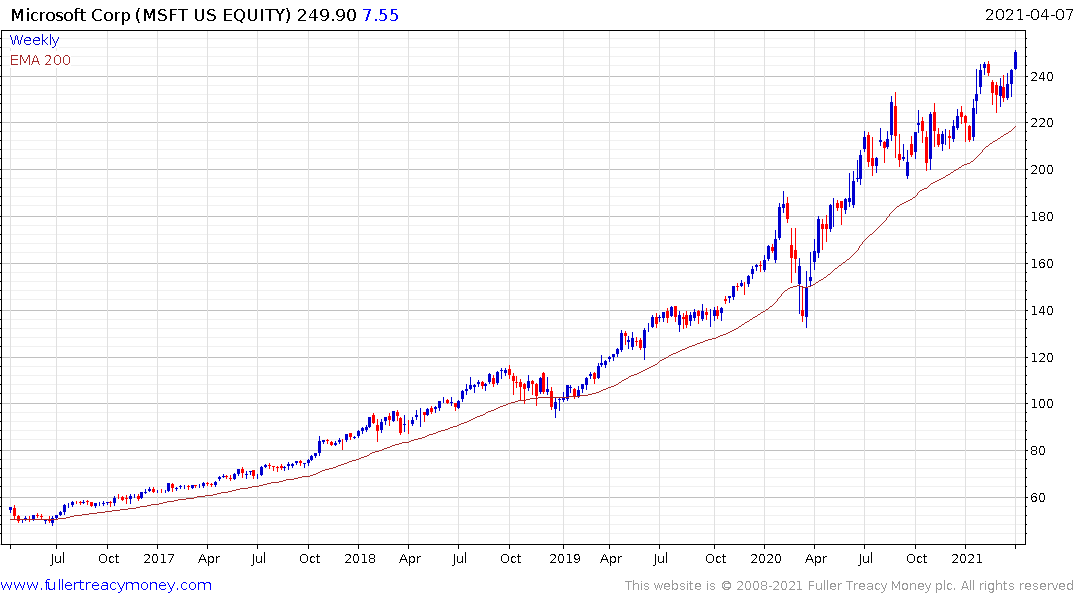 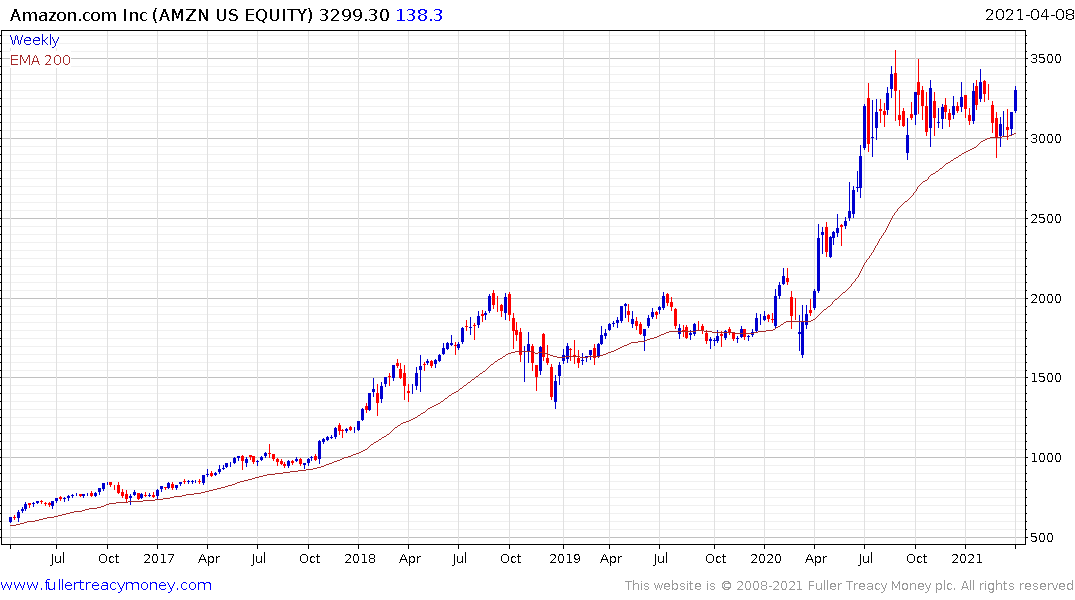 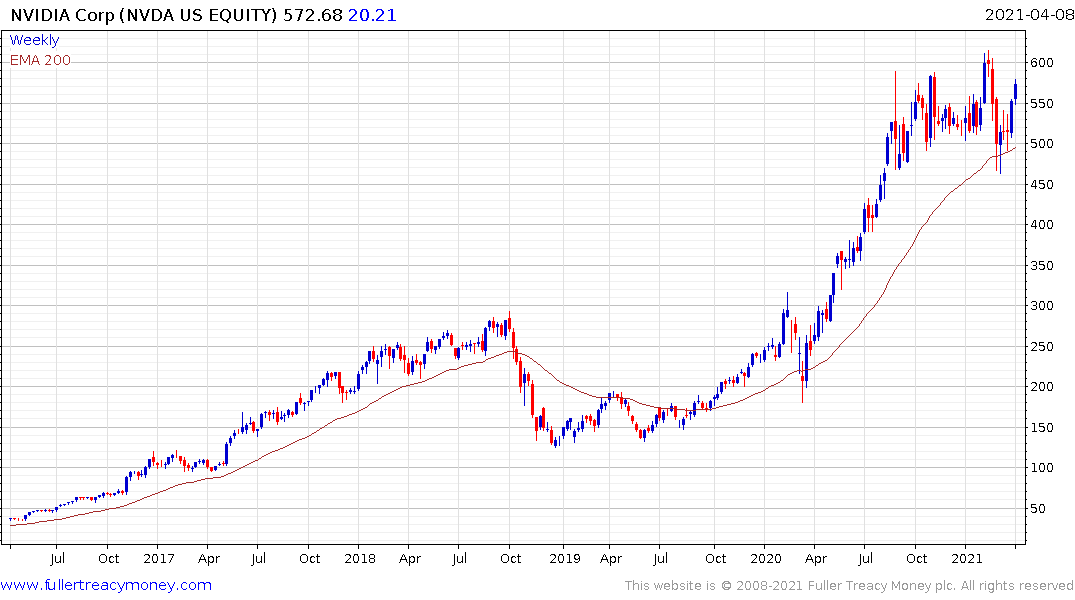 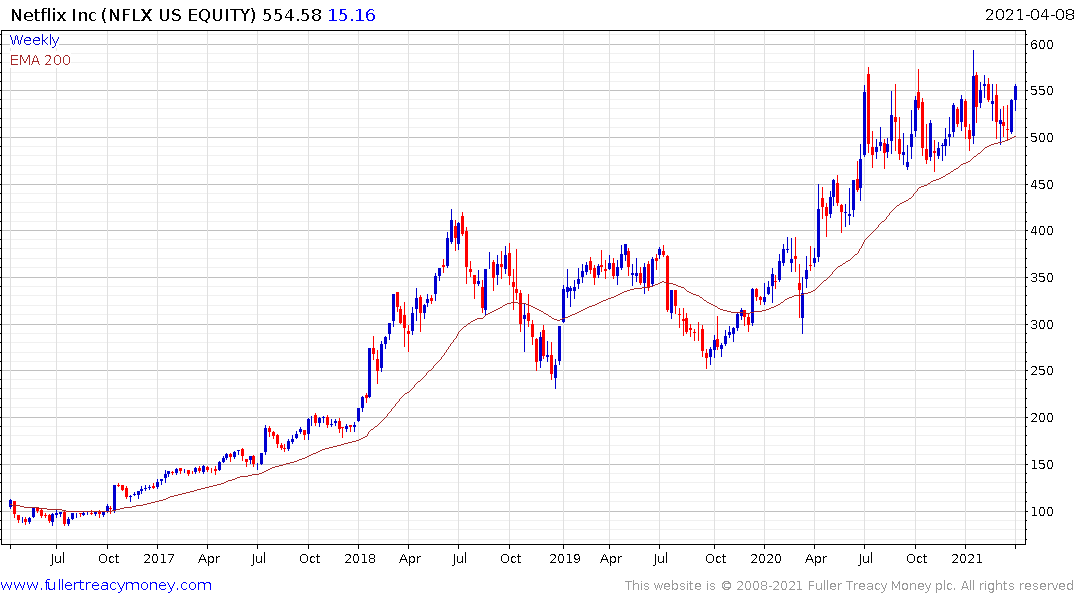 Investors have concluded bond yields are less likely to rise further from here so the headwind for growth stocks is likely to moderate. That’s particularly true following the release of the Fed’s minutes which confirmed their statements that rates are not about to rise any time soon. 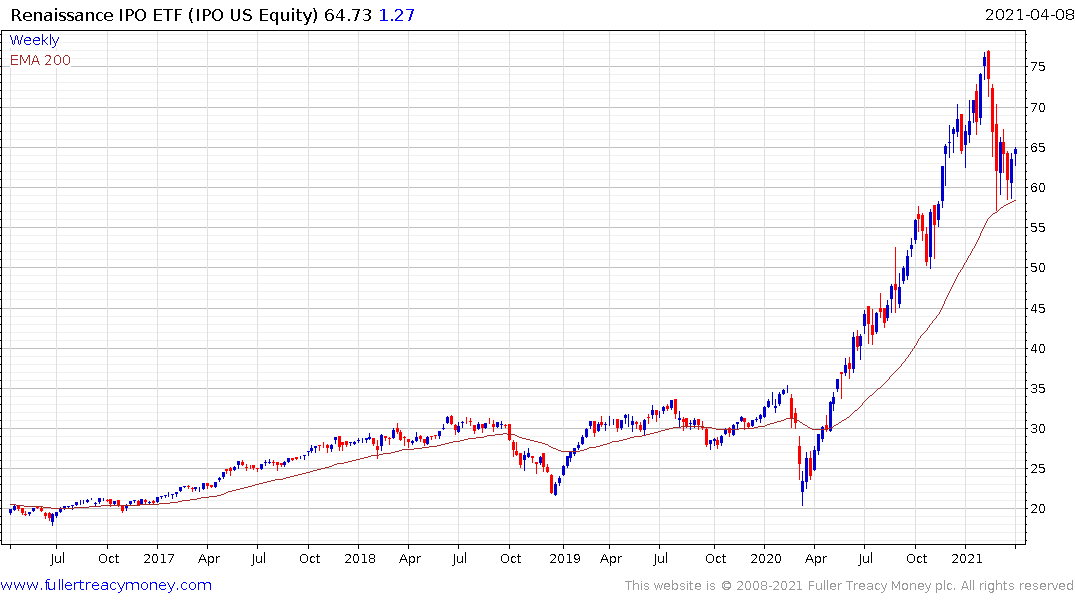 That’s also positive for the SPACs and IPO ETFs which have reverted to their means over the last couple of months.

It’s also why gold continues to rebound. A bounce from the $1700 area is overdue and a reversion back towards the mean near $1860 appears likely.