Email of the day on differences between the performance of the FTSE A50 Index and the Shanghai A-Shares Index.
Comment of the Day

Email of the day on differences between the performance of the FTSE A50 Index and the Shanghai A-Shares Index. by Eoin Treacy

Would you care to comment on the different behaviour of the China A-50 future and the A-Share indices themselves?  It has been ironic, and frustrating, that while you and all the media talk of surging A-Share prices, the A-50 future, which is the one one can actually trade, has come down very sharply in the last few days.

Thank you for this email which highlights an interesting development. The FTSE-50 is much more concentrated that the Shanghai A-Shares Index which has 1453 members. In fact, its largest constituent, Ping An Insurance, occupies 12.31% of the Index. That is the largest weighting for an insurer in any of the China focused indices and ensures the Index does not track the performance of the mainland market as closely as one might like. 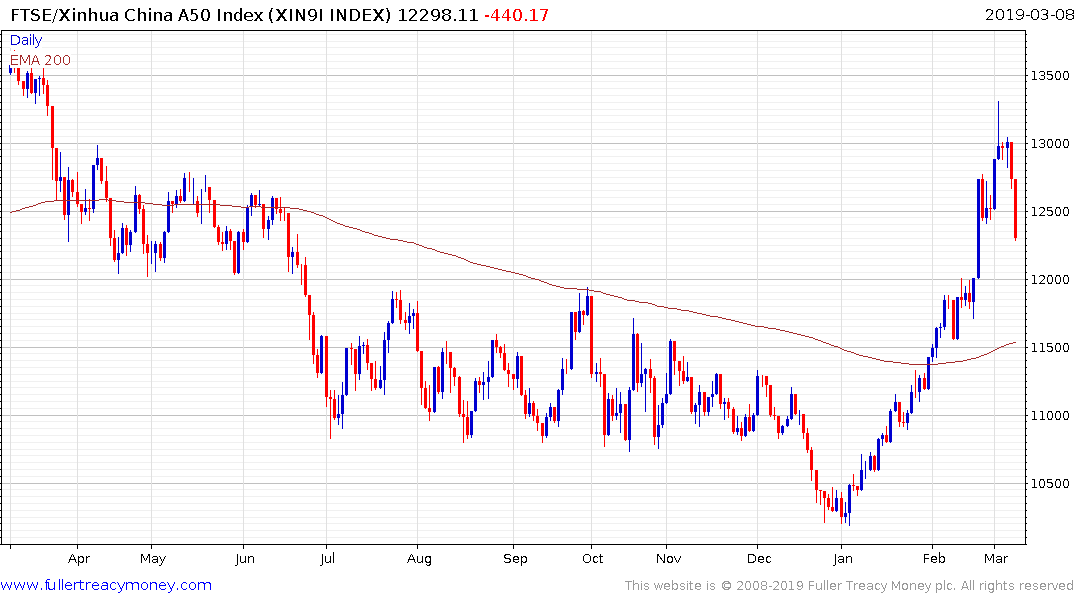 There is an additional consideration in that it was the introduction of a sell rating on PICC Group that led the decline in mainland shares today and the underperformance of the FTSE A50 ahead of that event was a lead indicator of strife in the insurance sector.

This article by Sofia Horta e Costa for Bloomberg may be of interest to subscribers and discusses the assumption that the reason for the sell rating on PICC was an effort to instill some discipline on stock market investors. Here is a section:

Though indirect, it was the first time this year that China appeared to take steps to cool a buying frenzy that added almost $2 trillion to equity values and lifted market turnover to a more than three-year high. The government has until now been a big supporter of the rally, seeing it as a potential salve for overstretched corporate balance sheets and shaky consumer sentiment. But memories of the country’s disastrous 2015 boom and bust are still fresh.

“It’s about time that stocks took a pause, as regulators are increasingly concerned by a market that’s growing fanatic,” said Zhu Junchun, a Shanghai-based analyst at Lianxun Securities Co. “While authorities want an active market, they don’t want one that’s overactive.” 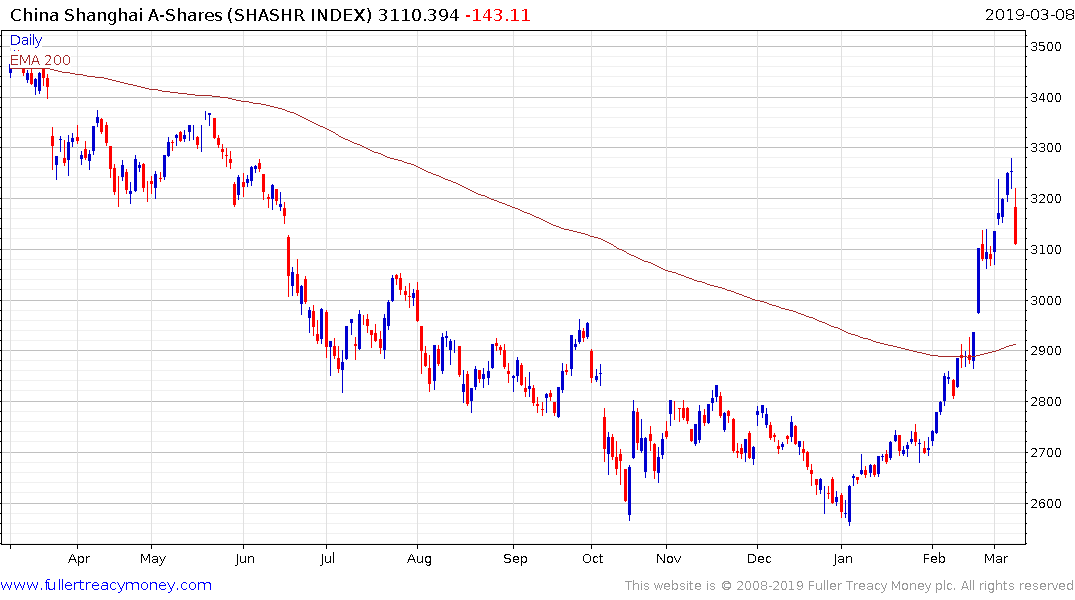 Today’s 3.97% decline on the Shanghai A-Share Index caps the advance in the near-term and increases scope for a reversion back towards the mean. Since the bubbly activity in 2015/16 the Chinese authorities have been cautious about letting sentiment run riot so we can expect see occasional attempt so cool the market. It looks like one of those has just begun and the first key level of support is the 200-day MA which is near the 2900-point level at present. 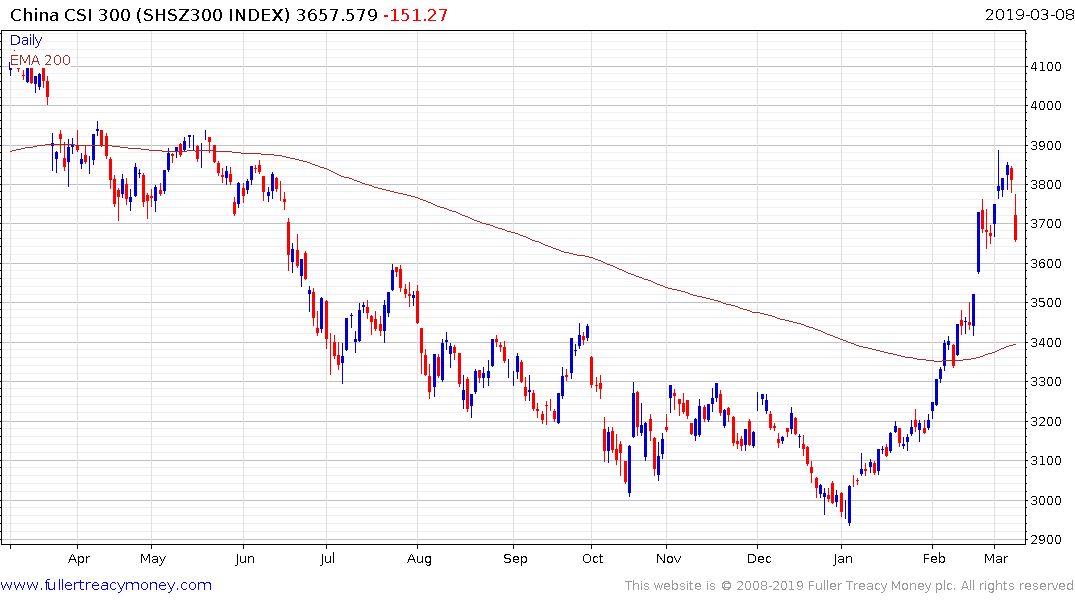 The CSI 300 Index is also futures traded and is the domestic benchmark for futures traders. It is possible to trade this Index outside of China, certainly via spread-bets, and I believe it is a more appropriate benchmark than the FTSE A50.