Email of the day on Cryptocurrencies and quantum computing from one of Iain Little's clients:
Comment of the Day

Email of the day on Cryptocurrencies and quantum computing from one of Iain Little's clients: by Eoin Treacy

Yep very well thanks, I'd say the Google quantum computing is all FUD, i.e. see here:

Even if quantum came anywhere close to being able to break SHA256's cryptographic hash function, which actually “can’t” happen without a mathematical insight that makes it possible (because it requires too much work or too much luck), then the majority of those running the nodes would just vote for a hard fork by the devs to a stronger format like SHA-3  there would be consequences for old coins that weren't moved but bitcoin would adapt and survive. Also, all current banking, military etc. use this same SHA256 as far as I know so the world would have way more to worry about than bitcoin if it was ever broken.

Here's some more stuff going on if reasons for the current drop in bitcoin's price were needed:

But it could just as easily be normal market volatility, the price is still about double that of the start of the year and bitcoin likes to have these big corrections after making huge and rapid gains.

I'd expect it's a combination of things but still normal market movements and nothing has fundamentally changed that would prevent bitcoin becoming gold2 as it is just better than gold and as people see this it's volatility will decrease as it's market cap increases, I'd imagine.

Though I very much like both asset classes and feel much relieved to have taken so much off the table and into property, art & collectables etc.

Thanks for this instructive email. The time for developers to begin to plan for a security upgrade is now. The pace of innovation in quantum computing is not something that can simply be dismissed. It is not a challenge in the short term but it is something that will become a progressively more important consideration the more successful cryptocurrencies become and not least if a true commercial use case is developed.

The more important consideration for the price of the bitcoin in particular is the effect hedging has on the price. The introduction of cash settled futures following the bubble peak in 2017 allowed lots of people to hedge their long exposure which resulted in a 1987 style “portfolio insurance” crash. The coincidence of the release of bitcoin settle futures in late September with the break below $10,000 is a similar event. A break I the sequence of lower rally highs and a period of support building will be required before we have evidence of a return to demand dominance.

I have a lot of sympathy with the view that if the SHA-2 cryptography is broken it will have much wider implications for the global security and financial systems than bitcoin. Therefore, it is imperative the upgrades take place in advance of such an event. According to this page from Wikipedia the best public attacks have broken 57 out of 80 rounds for SHA-250. That was before the advent of quantum computing.

This is a story that is going to run in much the same way that unconventional oil and gas was an obvious gamechanger in 2008 when the first natural gas liquids wells were drilled. Back then we received a lot of resistance to the view the USA would ever become energy independent but it passed that milestone this month. Quantum computing changes the risk profit for cryptography. It’s that simple. Today we have quantum computers with 56 qubits, in a decade they could have 10,000. 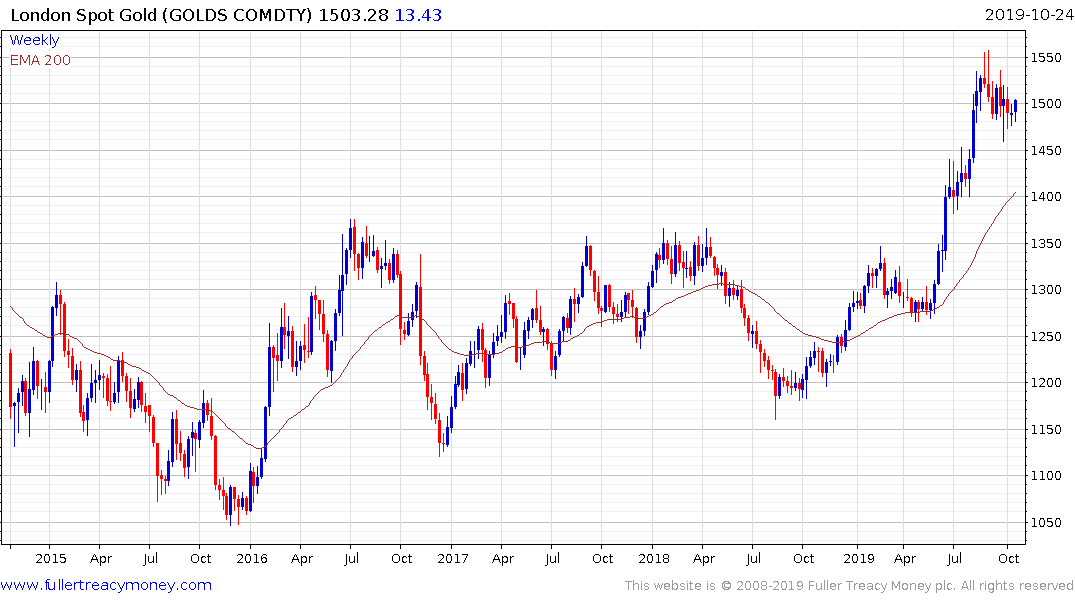 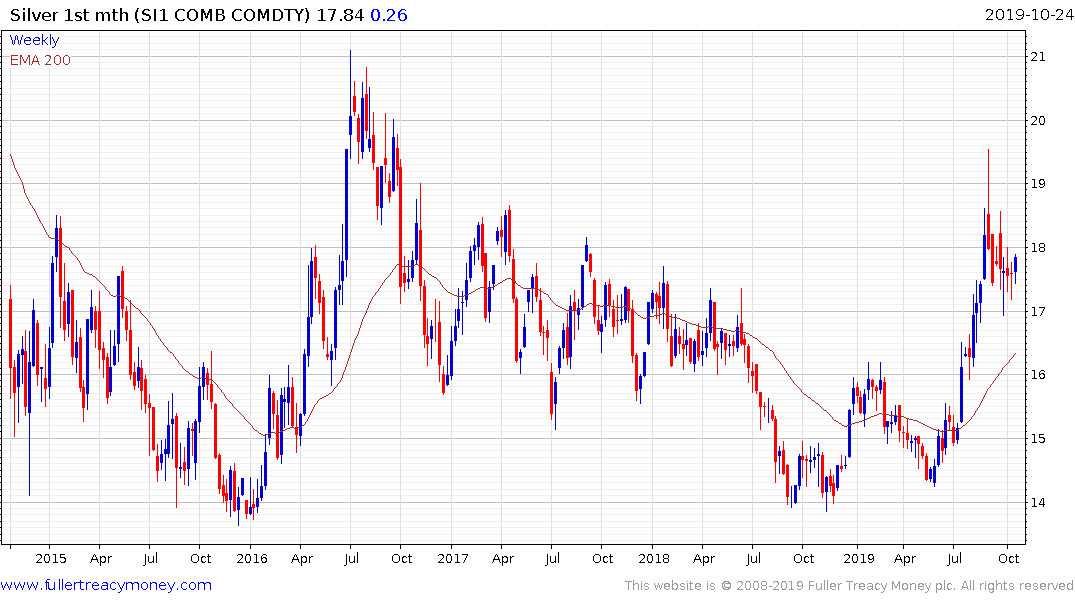 The time to provide for that future is now. The idea that bitcoin is gold 2.0 is fanciful in my view. It does not pass the power cut test and is a lot easier to run away with. Meanwhile gold continues to steady within its range and silver continues to build support around the $17 area.