It seems to me that the above are going to be seen as super spreading events as we see day after day thousands of his followers in close proximity not wearing masks, blindly following his mantra that the disease is turning the corner. Supporting my argument is we know an important property of the virus is that it survives in the atmosphere much better at lower temperatures thus aiding the infectivity.

Thank you for this email which may be of interest to other subscribers. I found the point you made months ago about the tendency of stressed individuals to be more susceptible to infection to be particularly insightful.

Every person over 55 I have spoken to, who has recovered from COVID-19, has said they experienced a scary few days, before rapidly improving once their fever broke. Most younger people seem to get away with almost no symptoms at all. Engaging in action to avoid infection just makes sense but not at the expense of destroying the livelihoods of millions of people.

Of course, that does not mean we should all suddenly attend concerts, football games, political rallies or crowd onto public transport where sharing a breath is all too common. At the same time the best thing we can do to is consume plenty of fruits and vegetables and boost Vitamin-D by whatever means available.

I believe that when Trump says we are “turning the corner” he is speaking to the positive manufacturing production growth figures and the impending regulatory approval for vaccines and antibody treatments.

This article from the New York Times covering the normal trajectory of an antibody response may be of interest to subscribers. It offers an important counterpoint to the panicky headlines about antibody declines after a few months in other news outlets. Here is a section:

Antibodies also represent only one arm of the immune response, albeit the one that can most easily be measured. There are at least three other branches of the immune system that can fend off illness, so antibody levels don’t present the full picture.

“It’s not the whole immune response,” said Dr. Paul Elliott, an epidemiologist at Imperial College London who heads the project.

When the body encounters a pathogen, it rapidly produces antibodies that recognize the invader. Once the acute infection resolves, the levels decline — as they must for purely practical reasons.

“Our lymphatic system, where immune cells are, only has a finite amount of space,” Dr. Hensley said.

Vaccines are so close to approval and production capacity is in the billions of doses by the end of 2021. The rationale should remain to do everything necessary to speed the approval process safely.

The challenge is economically at-risk groups are hurting and every day without income or visibility on when it all will end is a significant stressing factor economically, emotionally and politically. Public tolerance for lockdowns without clear visibility on when they will end is growing thin. That’s particularly true in the USA where restive populations are reacting to the expiry of expanded unemployment benefits. 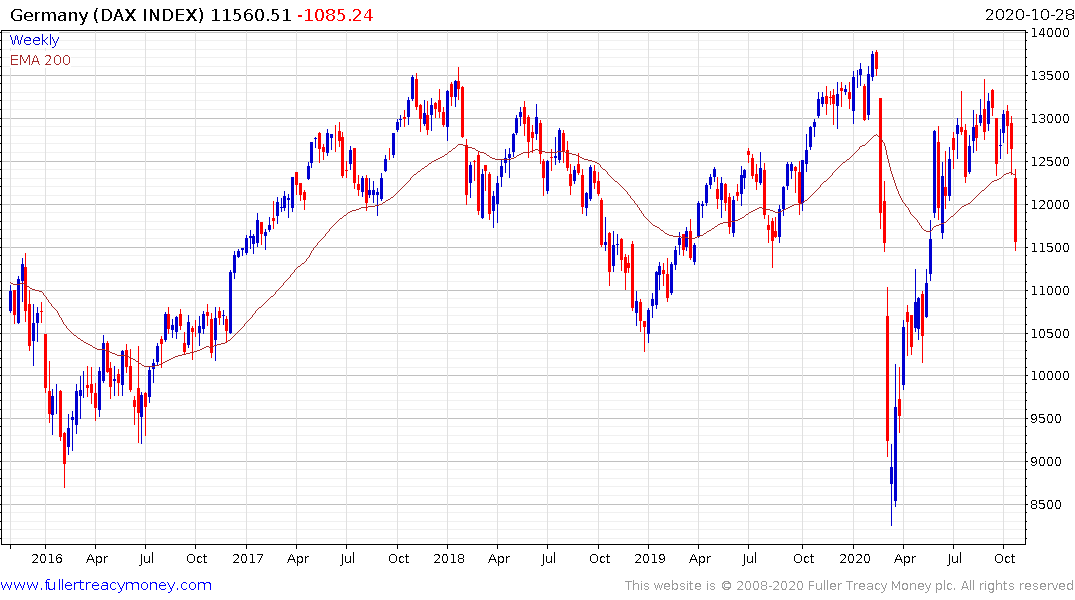 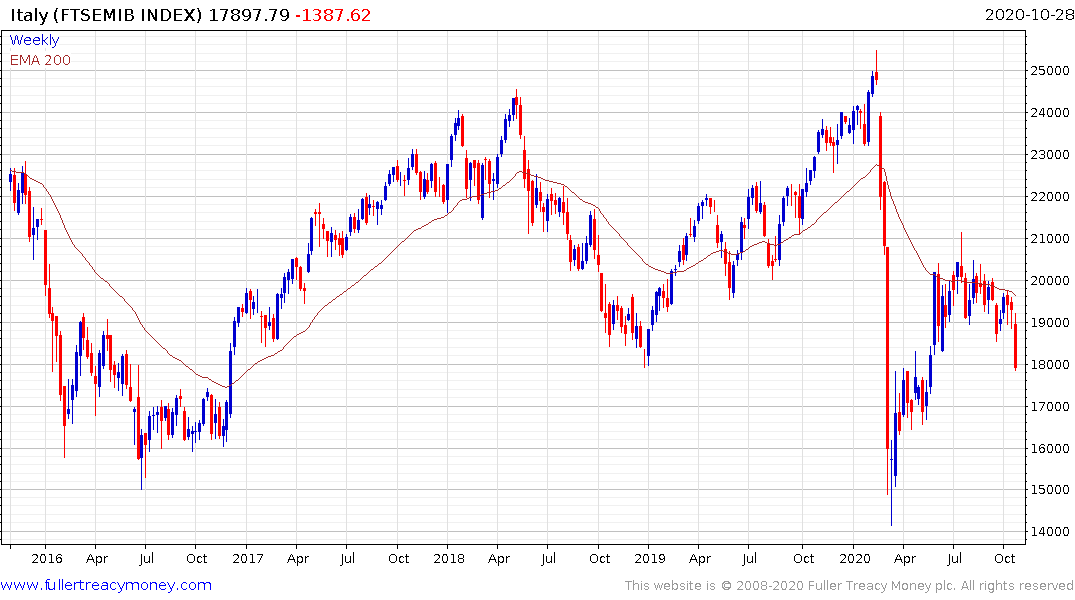 The negative effects of the rising case load and fears of a second wave of deaths is being particularly keenly felt in Europe. The majority of indices have paused in the region of their respective trend mean and are now pulling back. Germany and Italy are now leading on the downside.