Prompted by a recent subscriber’s comment I would just like to mention that I have been a subscriber for many years and can happily say that I have always considered it money well spent. I read and listen to your market commentary most days and very much appreciate your calm insight and intuitive free thinking. I find your choice of topic and charts chosen on any particular day, to be more powerful for the very reason they are your choice of topic and charts chosen for that particular day. Please keep up the great work. Wishing you and your family the very best.

Thank you for your generous feedback. David often described our role as that of behavioural naturalists. We try to observe the crowd by daring to stick our head above the melee to see whether there is an approaching precipice or a source of fresh fuel to rekindle animal spirits. As I monitor markets on a day-to-day basis, there are times I feel like a surfer on the wave of crowd psychology. From that perspective the biggest waves are found closer to shore. 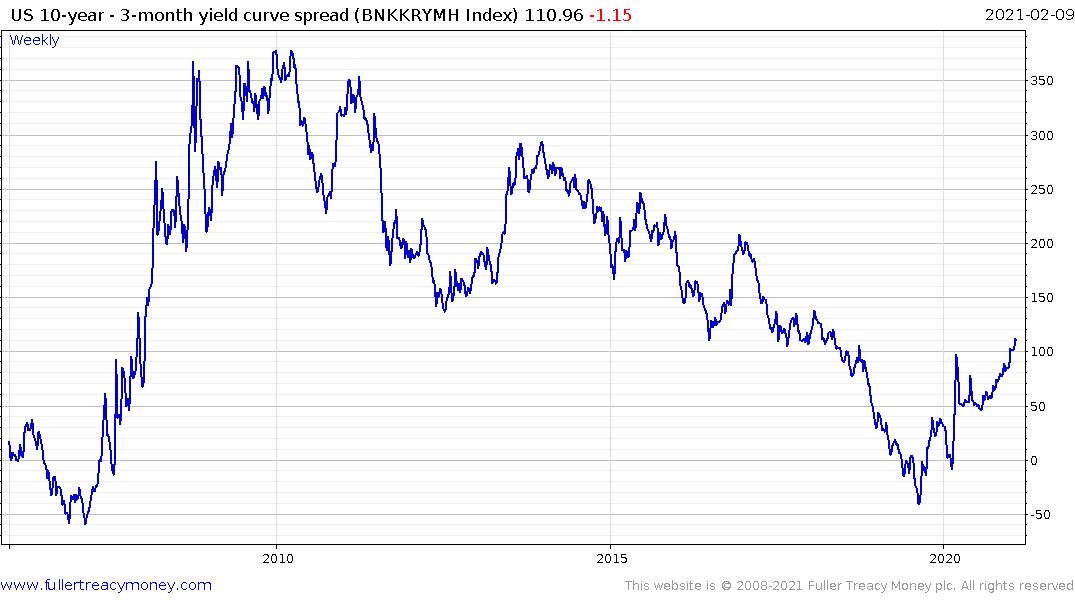 The thing I worry most about is the rising yield curve spread. The biggest declines in stock markets have historically occurred following an inversion on the way up to 300 basis points. The 10-year - 3-month spread bottomed a -50 basis points in 2019 and has been marching higher since. It is now at 110 basis points.

The current level coincides with the level reached in January 2008, as the yield curve rebounded from the last significant inversion. The only way for the spread to continue to trend higher is for the long-end to rise even further or for the short-end to go into negative territory. Either or both potential outcomes would require a material change in the wider macro environment.

The one thing we know is that a recession always follows a yield curve inversion and every time the spread has climbed to 300 basis points. The climb from 100 to 300 basis points has regularly coincided with significant financial market pain.

The pandemic delivered what was looking like an inevitable recession back in late 2019 and accelerated the pace of monetary accommodation. The question no one has an answer to is how the stimulus is going to be unwound. There is no way the US population is going to tolerate another foreclosure crisis. There are already calls for much higher wages. Landlords are falling behind on their payments. It’s only a matter of time before calls to forgive the forbearance debts grow louder. The biggest trend in the world at present is moral hazard. That’s going to mean another step lower in the Dollar. 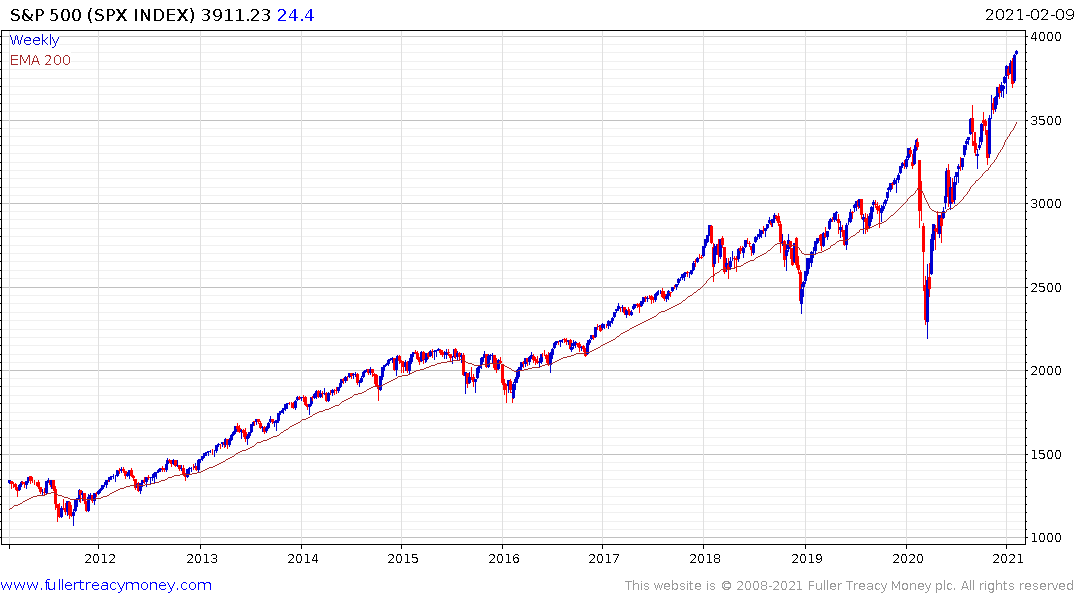 There is no evidence the recovery trends are over. They will continue to move higher until the availability of fresh liquidity is questioned. However, this is the time to be most diligent with stops and to pay closest attention to the consistency of the best performing assets. The highly valued/leveraged portion of the market is more interest rate sensitive than at any time in decades; even as it remains the best performer overall.