At The Chart Seminar we begin by trying to imagine ourselves as the judges at an international beauty contest. We are only interested in the most beautiful charts. Those that have either truly consistent trends or the potential to develop them. Now ask yourself what is beautiful above ICBC’s chart?

At The Chart Seminar we begin by trying to imagine ourselves as the judges at an international beauty contest. We are only interested in the most beautiful charts. Those that have either truly consistent trends or the potential to develop them. Now ask yourself what is beautiful above ICBC’s chart? 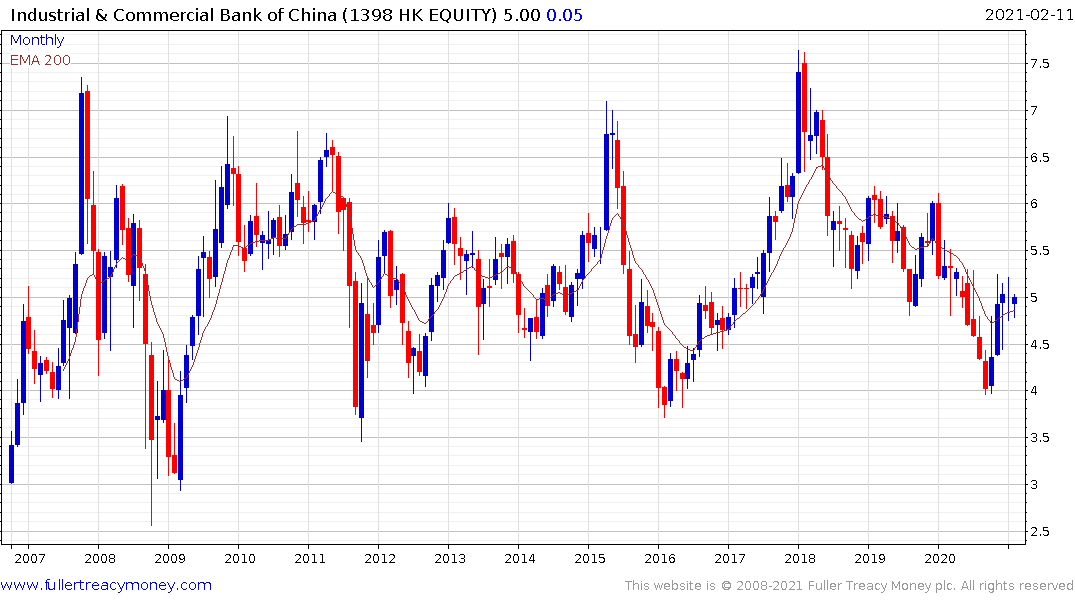 The share was listed in Hong Kong in 2006 and since then it has done nothing but range in a very volatile manner. That’s neither beautiful nor consistent, so we need to ask whether there is anything occurring that may change the outlook?

China is not exactly making headlines for the strength of the governance or investor protections. In fact, they ensure no one speaks ill of them by enforcing a “play along to get along” policy which effectively censors all negative commentary. The reality is we have no idea what the banking sector’s unfunded liabilities are. The one thing we can be sure of it’s the banks will not be allowed to fail though. Ahead of the New Year Holiday, ICBC was firming from the region of the trend. That’s not exactly a contender for the finals of the international beauty contest. 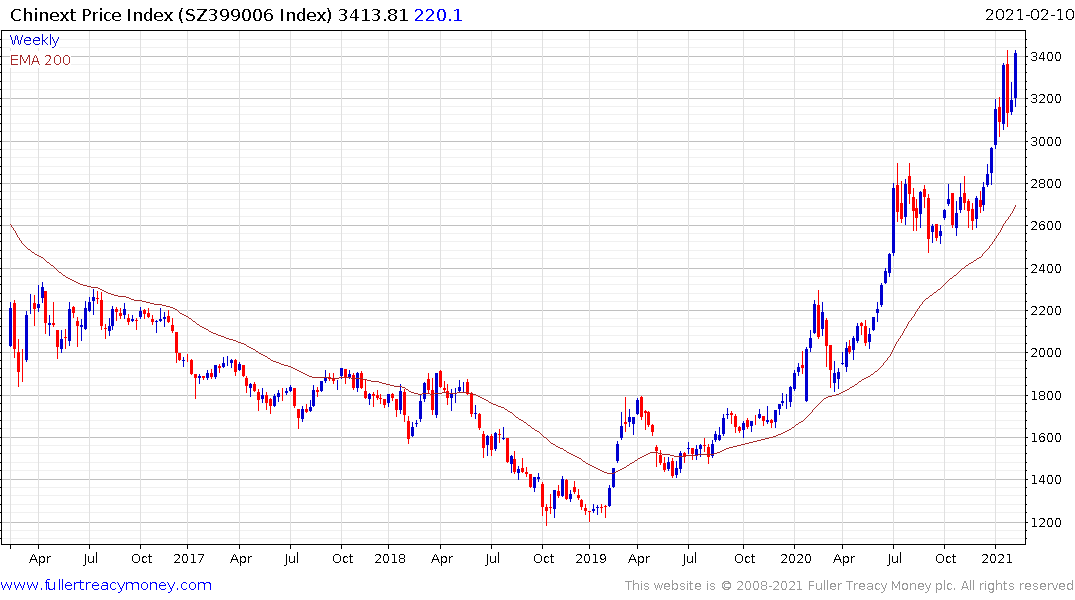 Regular Chinese investors understand the stock market is rigged. They follow momentum strategies, on the basis that whatever is going up has government support. Today that is the ChiNext Index of emerging tech companies. It’s rally, in line with the performance innovation funds in the USA helps to emphasise that China is a global tech heavyweight too.

This article from Bloomberg on the supermicro hack revisits a story that broke in 2018. Back then, there were many commentators who thought the argument did not hold water. They contended that the breadth of the espionage effort was too broad to be credible. I took the other side of that argument. I’ve travelled all over China’s industrial heartland, visited factories, talked to people and seen first hand the pattern of behaviour that make the claims made in the article credible.

China’s economy is coming out of the pandemic in a robust position. The strength of the currency is a clear reflection how China did not have to expand its deficit in the same way as European or North American countries. That relative strength continues to attract flows because performance is hard to argue with.

The one thing you can’t hedge against is war. China wants Taiwan. A domestic world-class semiconductor industry is one of the big missing ingredients to its ascension to the number one position internationally. The others are energy independence and military might. When those two objectives are either achieved or neutralised, the rationale for a Crimea-style retaking of “ancestral land” and “rescuing” an isolated ethnic community will be much more compelling.

Considering the extreme difficulty of preventing an invasion and loss of significant intellectual property, the logical course of action would be to bomb the Taiwanese manufacturing sector into oblivion; in a beggar thy neighbour fashion. This kind of calculus will be the Cuban Missile crisis of this generation and is likely at some point in this decade. In much the same way that the Israeli market tends to turn down right ahead of regional threat escalations, Taiwan's might do the same.