Email of the day on Brexit
Comment of the Day

Email of the day on Brexit by Eoin Treacy

You have probably have had your fill of Brexit but I thought you would find this piece quite insightful in explaining the rise of the Brexit Party.

The weekend results are going to be far more interesting than we have ever believed an EU election could be.

Thank you for this article which I agree is a useful primer on the rise of a populist party. The process has been long and drawn out in the UK because people believed that by voting for Brexit, what they were going to receive was change. The failure of incumbents to deliver necessarily requires the rise of a new power which at least promises to deliver.

Change in living standards, change in the availability of opportunity and security in what are considered the fundamentals of British life, not least the National Health Service are what people want. It is almost impossible for those personifying the status quo, to evolve into the kind of policy makers that can deliver radical change. New revolutionary parties are required for that task and their avenue of attack is to focus on one or two items that can garner popular appeal. That is what we have seen all over the world and the UK is no different, other than the line of attack is individual to each country.

The failure of British Steel, Thomas Cook and Jamie Oliver’s restaurant chain, all in the last week speak to a wider crisis in the economy. Manufacturing has been in terminal decline for decades but the failure of the kind of services’ businesses that replaced it, is grist for the mill for populists seeking to exemplify the need for revolutionary change. https://www.phrases.org.uk/meanings/grist-to-the-mill.html 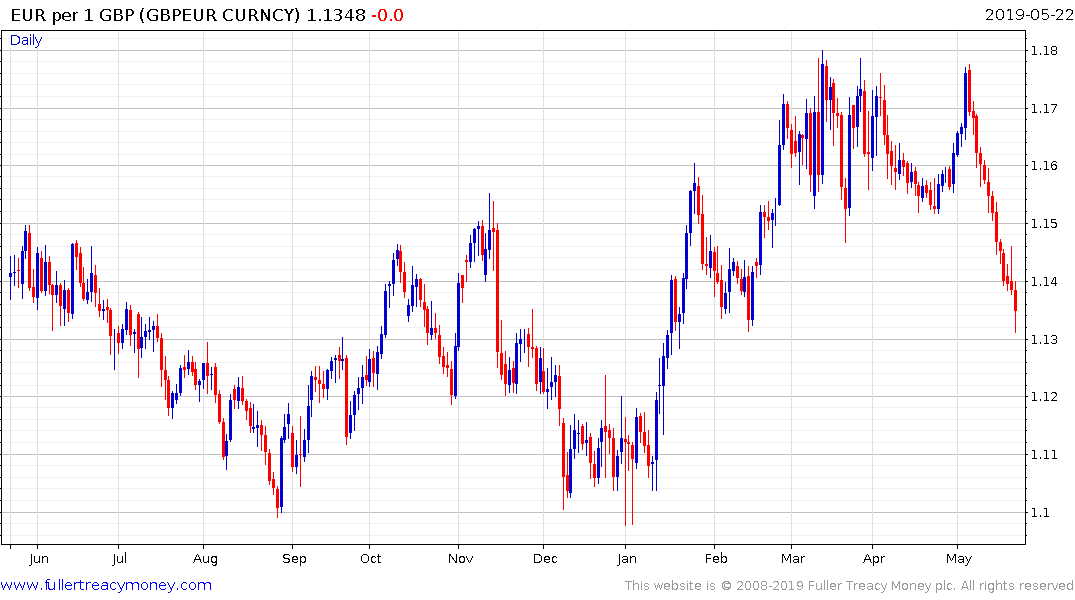 The Pound is short-term oversold versus the Euro so if history is any guide, we are likely to see a bounce as the debate ebbs and flows between the arguments for a soft, hard or no Brexit.