Email of the day on balancing a portfolio by Eoin Treacy

Yesterday’s article in The Wall Street Journal raises an interesting issue that may be interesting for discussion (see attached and the link - https://www.wsj.com/articles/octobers-market-rout-leaves-investors-with-no-place-to-hide-1540978259 ).

“Adding to the stock market’s anxieties has been a rare simultaneous drop in bond prices that has pushed yields near their highest levels in years. The dual breakdown in stock and bond prices has upended investors’ traditional safety tool kit of buying Treasurys during periods of volatility, leaving many with losses.”

Traditional investment portfolios of 60% equities and 40% bonds lost more than 3% in October and are down 1.2% this year, on pace for a rare annual loss that was last seen in 2008, as well as during volatile periods in 1990, 2001 and 2002, said Luca Paolini, chief strategist at Pictet Asset Management, which manages $191 billion. Even investors who are heavier on fixed income would still be in the red, with allocations of 75% bonds and 25% equities falling more than 2% this month to drag their performance down 1.1% for the year… Declines in bond prices, meanwhile, have exacerbated investors’ pain. Annualized losses among U.S. Treasurys and investment-grade bonds are at 9.7% and 4%, respectively, the third-steepest declines since 1970, according to a recent Bank of America Merrill Lynch report.”

Portfolio with 60% equities and 40% bonds allocation has been the most traditional advice for individual investors for decades. But I just thought, those were decades of the secular, almost 40-year bull trend in the bond market. If, as you and David often say, we are now witnessing the beginning of the secular bear market in bonds, then this 60-40 allocation represents troubles ahead. Bonds will probably stop being the same safe haven they were in the past. Yes, they will continue to provide some stability to a portfolio in a sense that they won’t fall 10% as equities but instead of rising in times of turmoil, they will also slump.

If this is the case, how allocation can be changed and where investors will look for safe heavens?

As always, it would be interesting to know your view.

In a period of disinflation or deflation fixing the interest rate you receive works wonderfully because its value increases over time. That has been one of the primary tailwinds for fixed income portfolios for decades. If on the other hand you are looking at a time of rising interest rates and rising yields then floating rate instruments become more attractive. 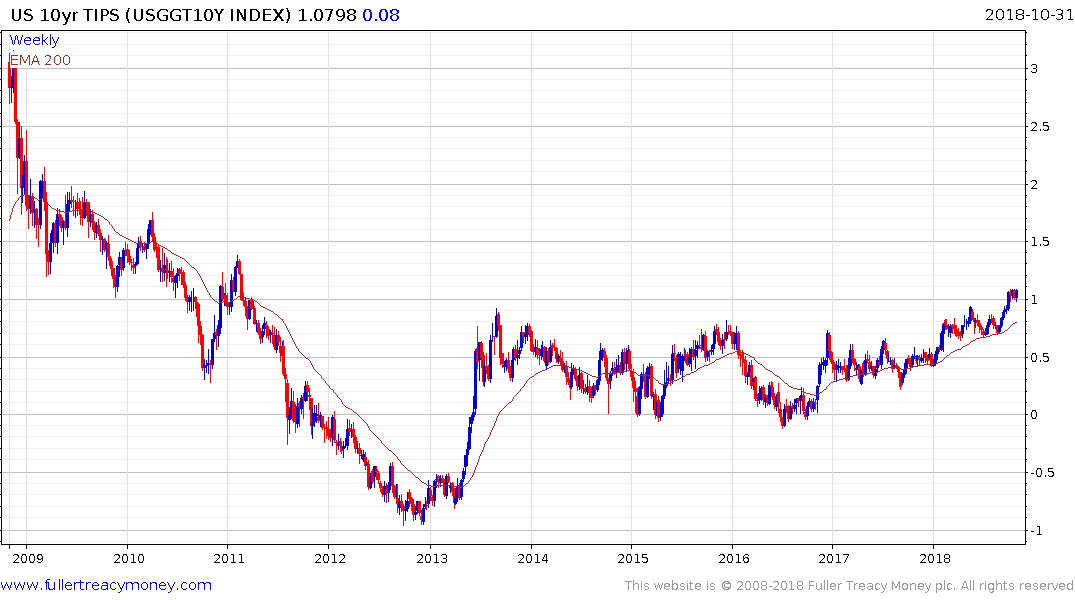 10-year TIPS, whose principal increases in line with inflation, have seen yields break out despite the fact no new supply is planned. 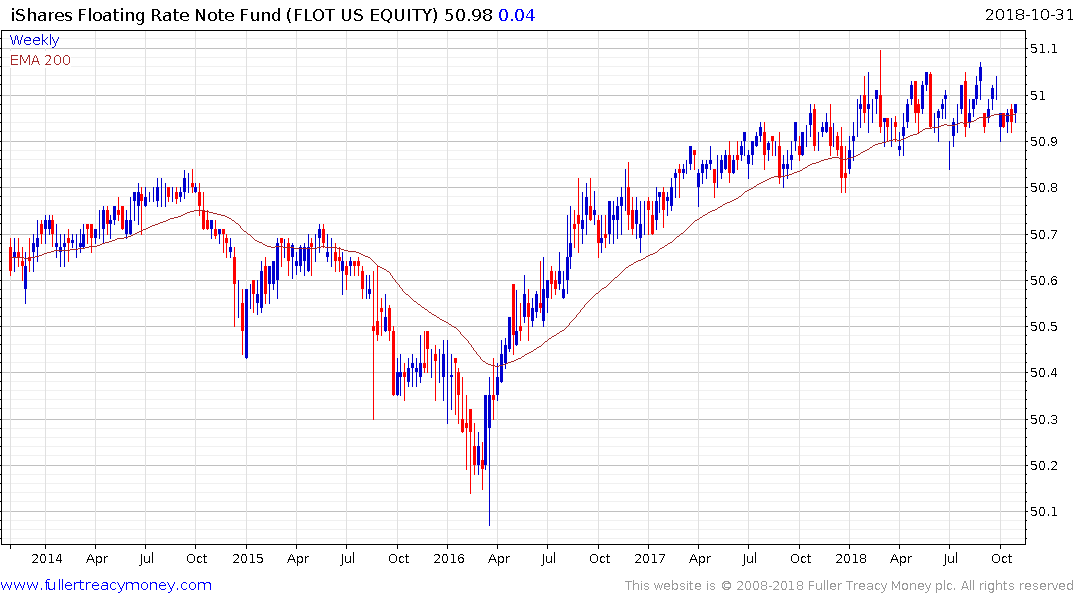 The iShares Floating Rate Bond ETF has a saw-tooth pattern consistent with monthly distributions and has an annualised total return of 2% since 2016 which is roughly equivalent to the rise in the Fed Funds rate over the last period.

However, equities are the clear answer to this question. The classic answer would be to focus on high growth companies that have the ability to grow at a rate that dwarfs’ inflation. However, growth has already had a very impressive run, driven by inflation and the recent underperformance of small and midcaps globally suggests this sector could underperform for a while.

Meanwhile the shares of companies that have strong records for dividend growth are outperforming right now. That is equally true of technology companies which have adopted a subscription model and post impressive dividend growth numbers as it is of historically strong cashflow companies in the consumer sector. 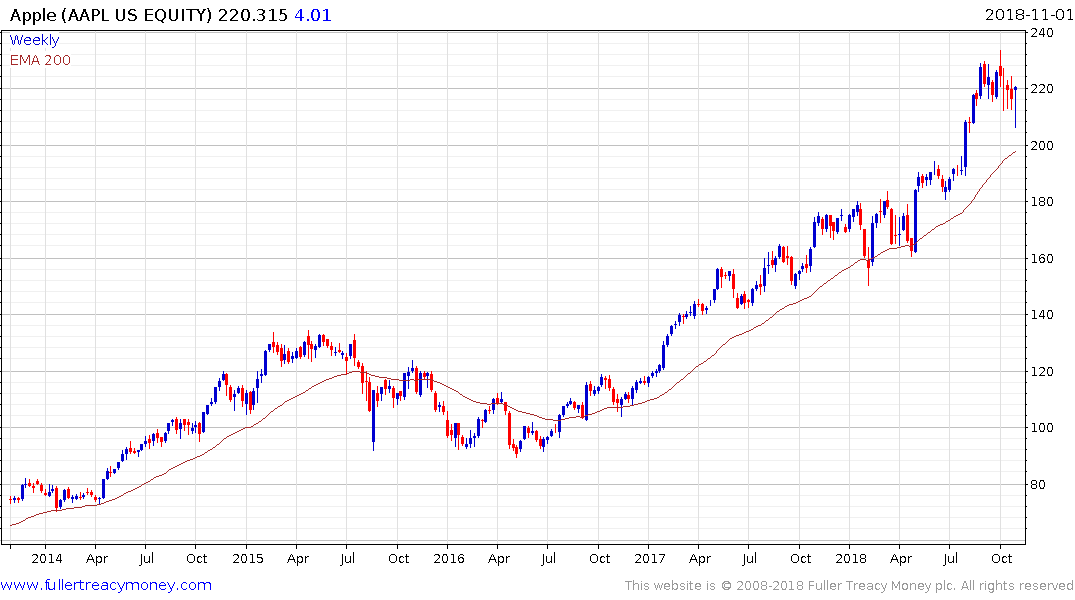 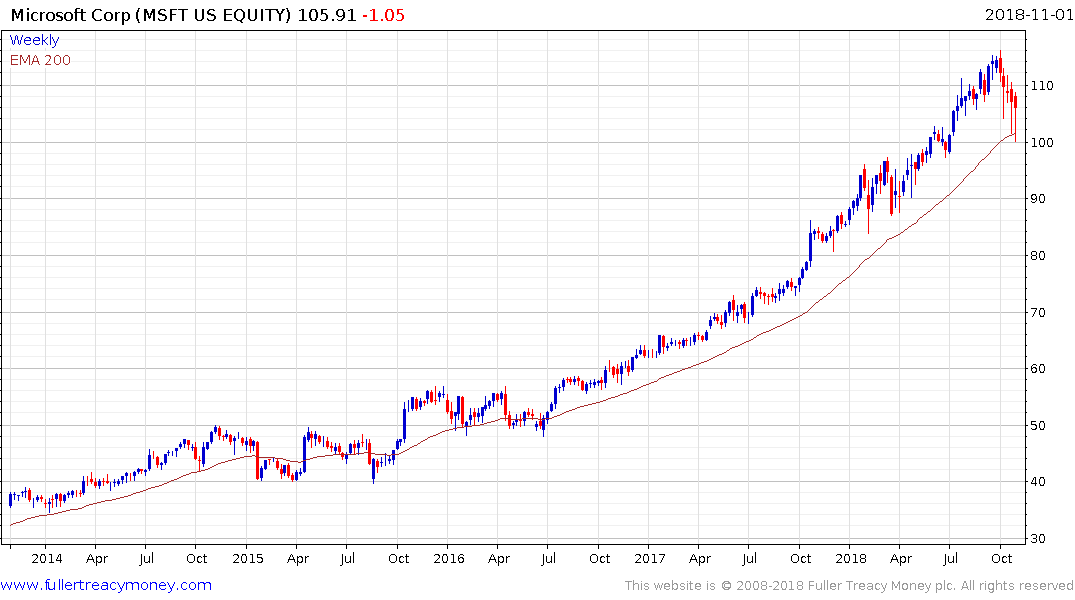 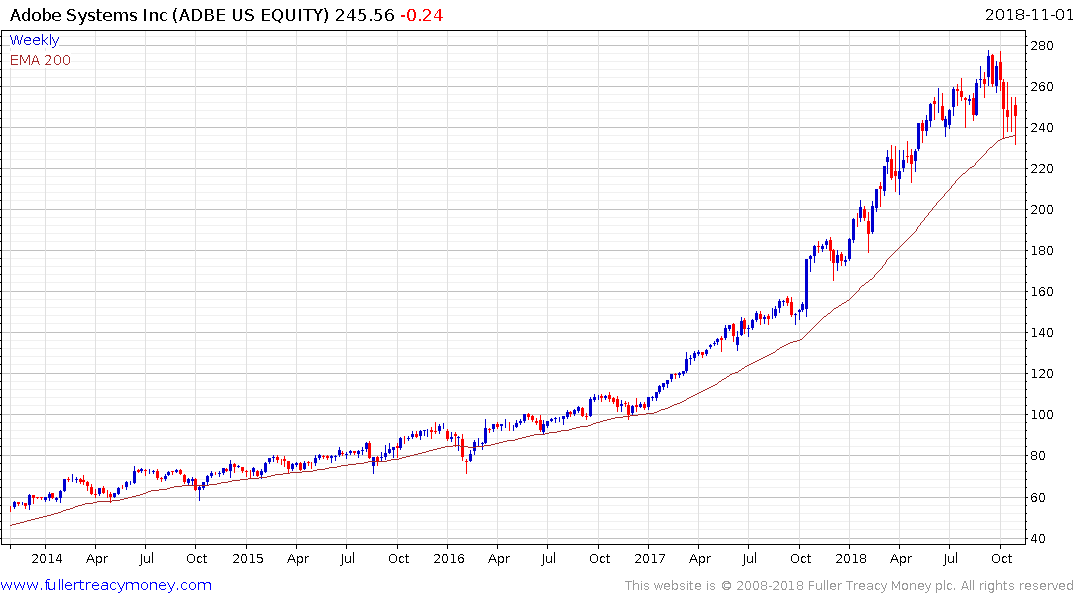 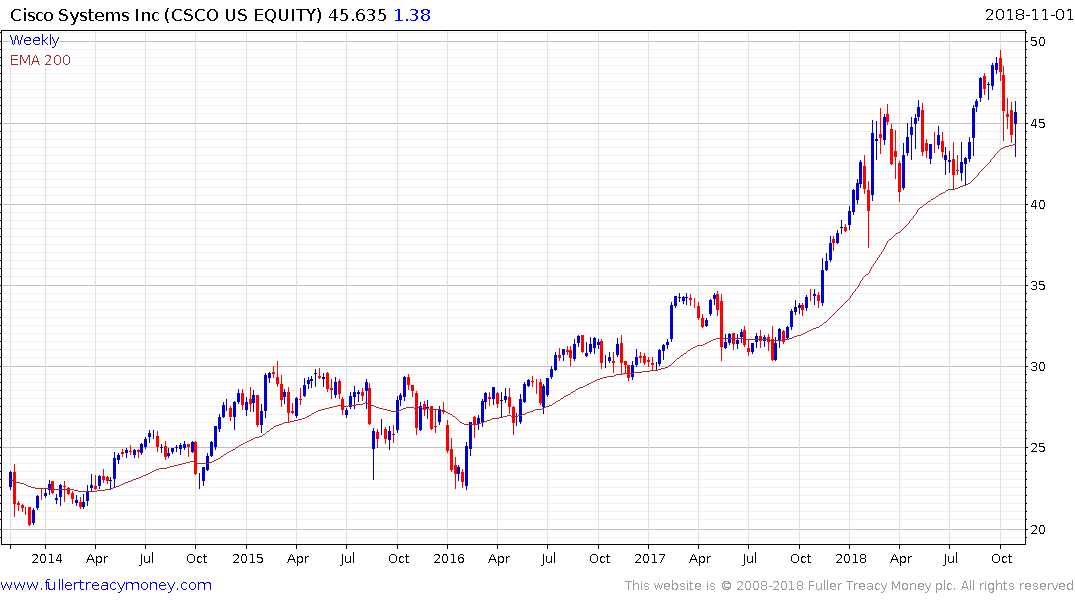 Apple, Microsoft, Adobe and Cisco Systems are all bouncing from the region of their respective trend means while consumer companies like Nestle, Coca Cola, P&G, Pepsi and Yum Brands are also exhibiting relative strength. The recent outperformance of utilities companies can likely be explained by their commonality with the dividend growth trend. 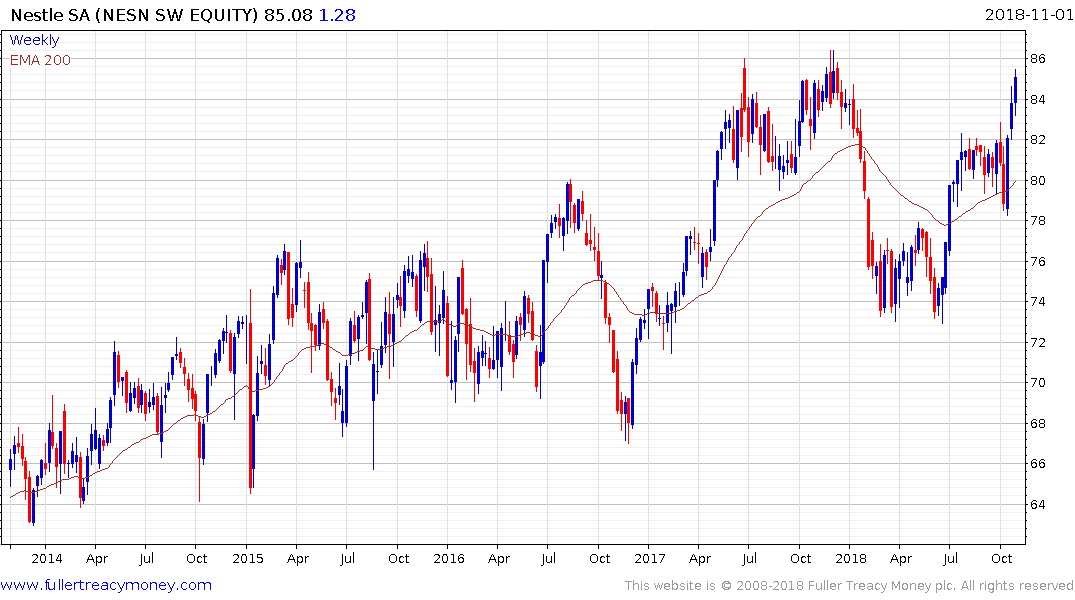 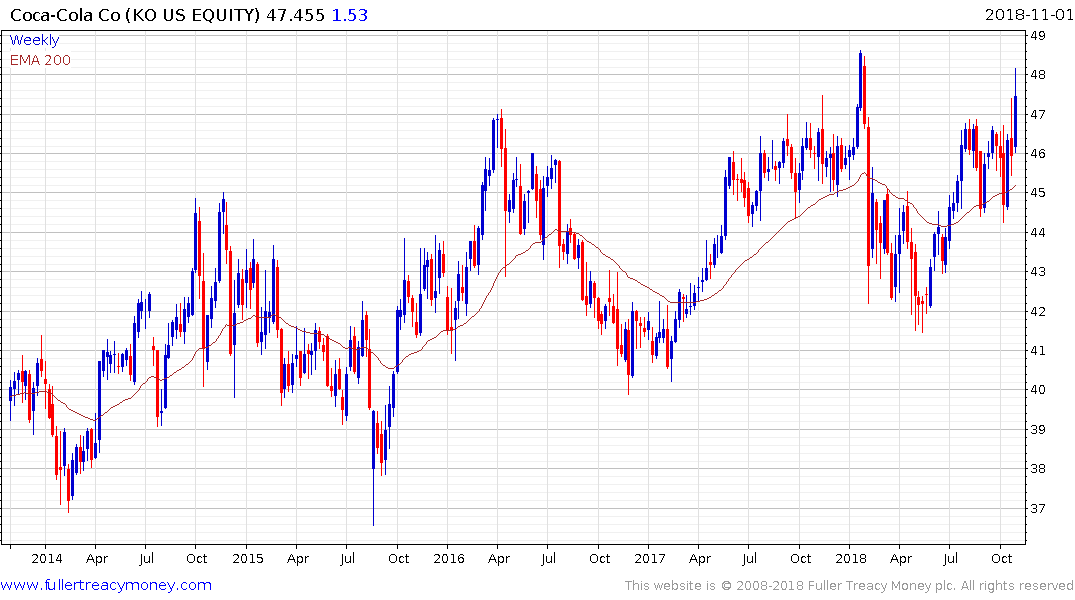 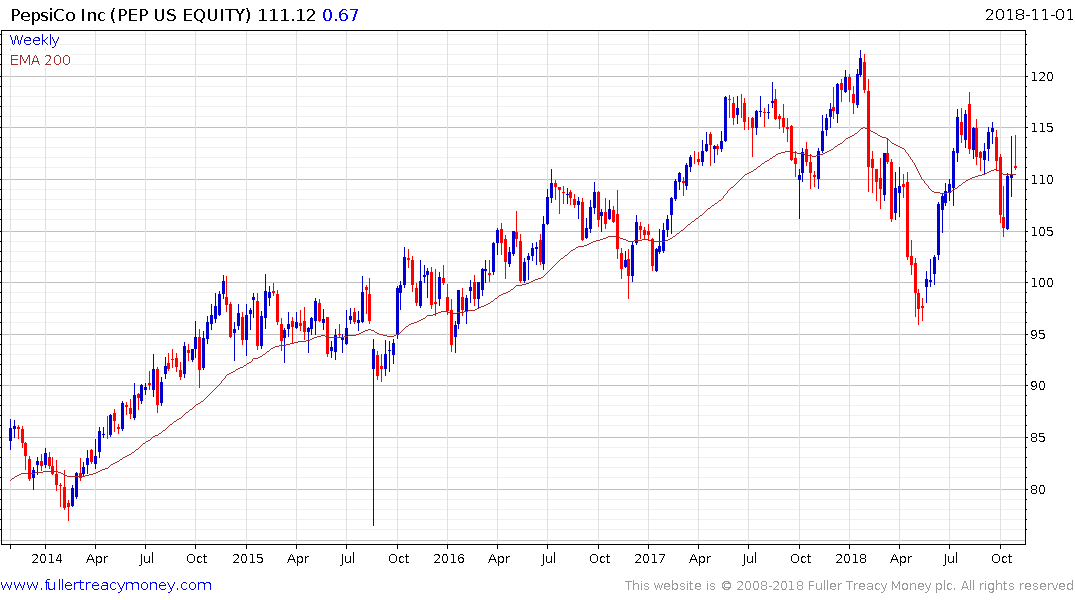 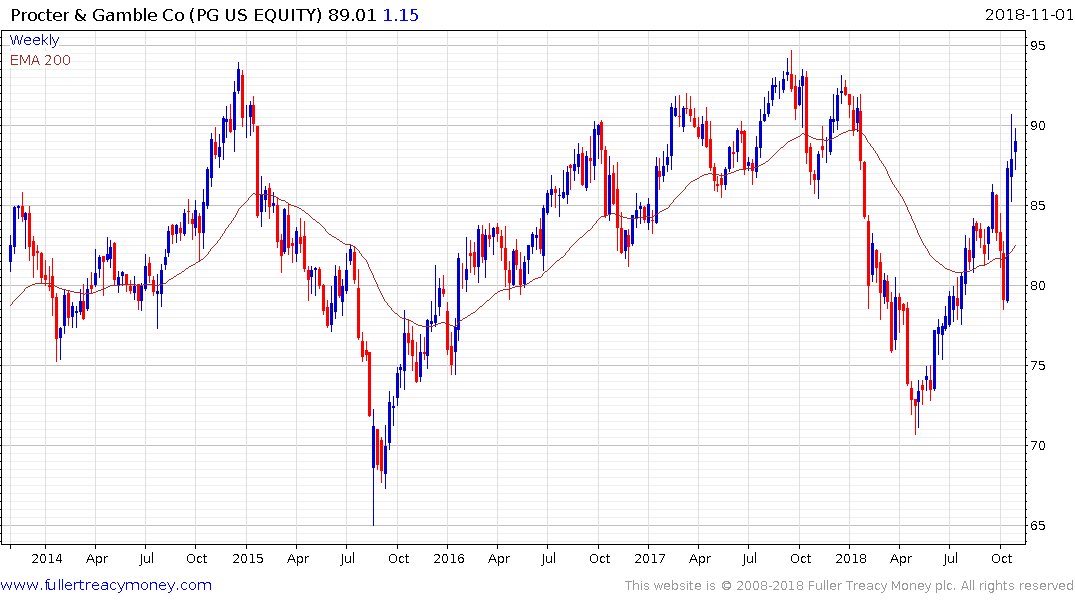 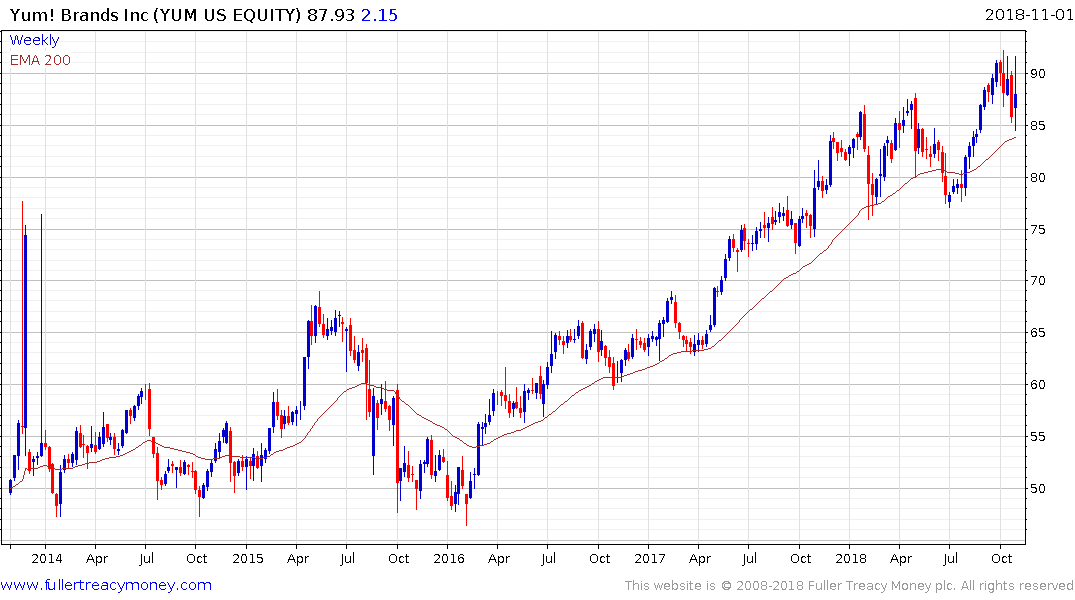 The whole reason we came up with the Autonomies was to highlight the fact that large cap companies with strong balance sheets had the potential to prosper during periods of synchronised economic expansion but also during the inflationary cycle we have been anticipating for quite some time.