Thank you for this question which may be of interest to subscribers. I wrote about the implications of Chinese companies buying industrial metal and posting it as collateral with multiple lenders on June 4th.  The main problem is that because so much metal was posted as collateral perceptions of inventories, outside the LME warehouse system, were inflated. This has had a negative impact on prices over the last couple of weeks. 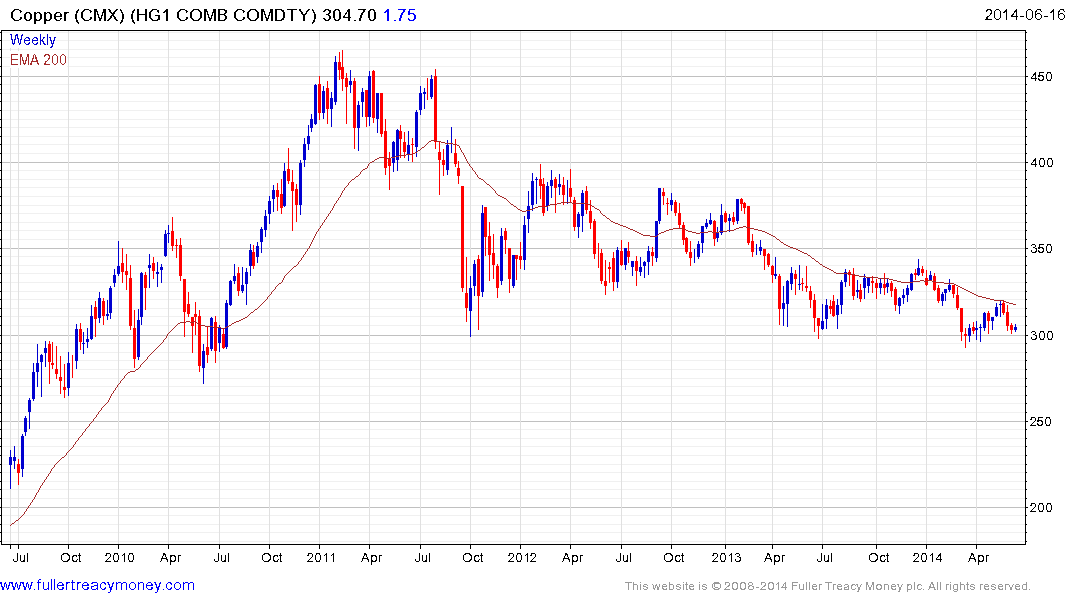 Copper prices encountered resistance in the region of the 200-day MA from late May and have pulled back to test the $3 area. This represents a potential region of support but a clear upward dynamic, similar to those posted in March, will be required to signal a return to demand dominance. A sustained move above $3.20 will be required to break the medium-term progression of lower rally highs. 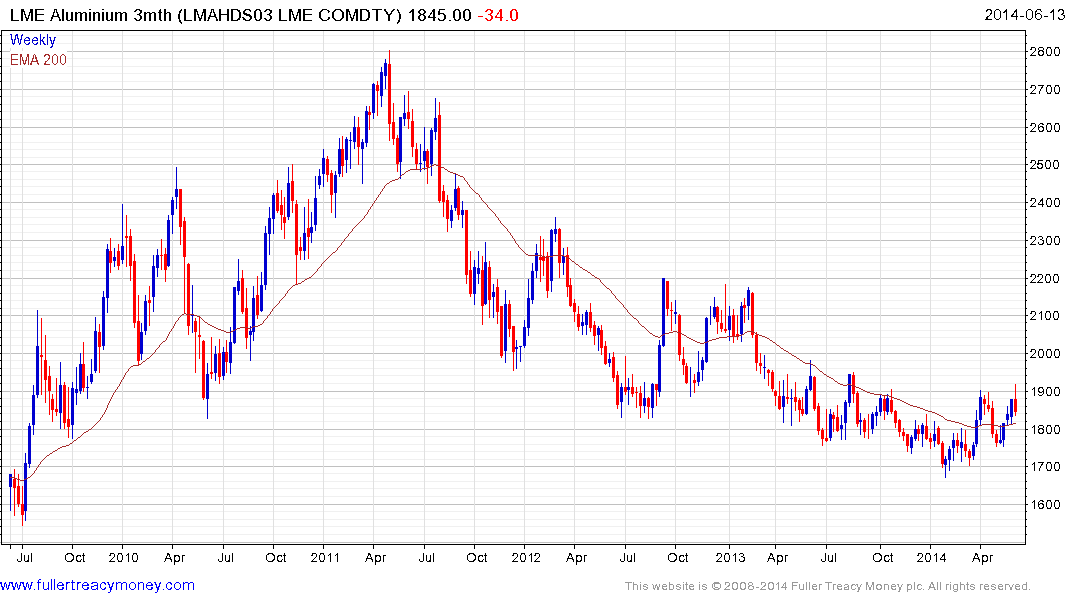 Aluminium lost downward momentum from last year and rallied by March to break the medium-term progression of lower rally highs. It pulled back from the $1900 area last week and will need to hold above $1750 if this year’s uptrend is to remain intact. 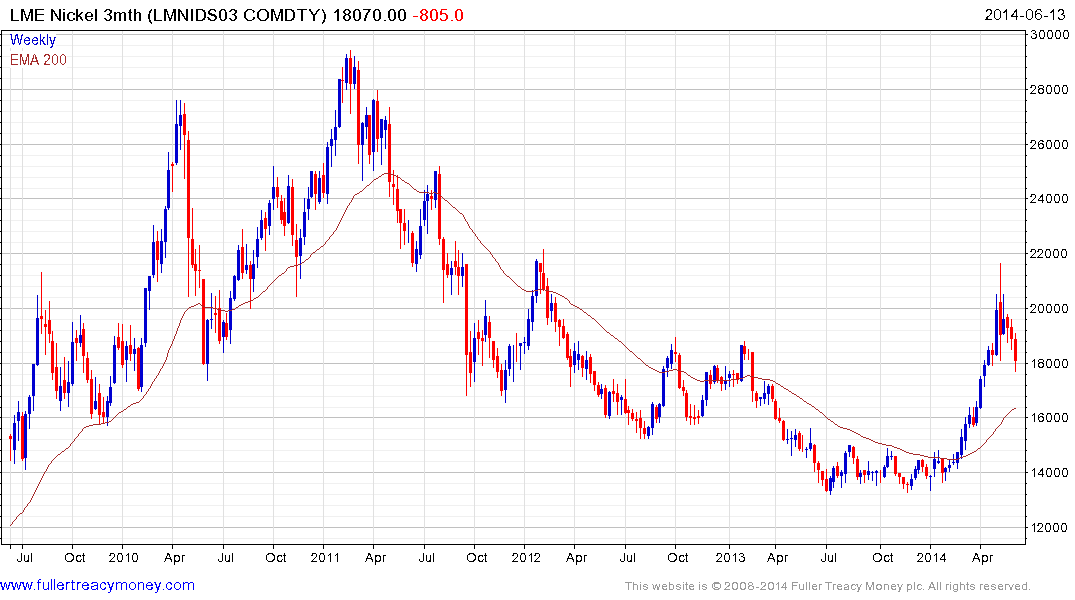 Nickel has partially unwound its overextension relative to the 200-day MA and paused near $18000. A clear upward dynamic would begin to confirm that demand is returning in this area beyond some short-term steadying. 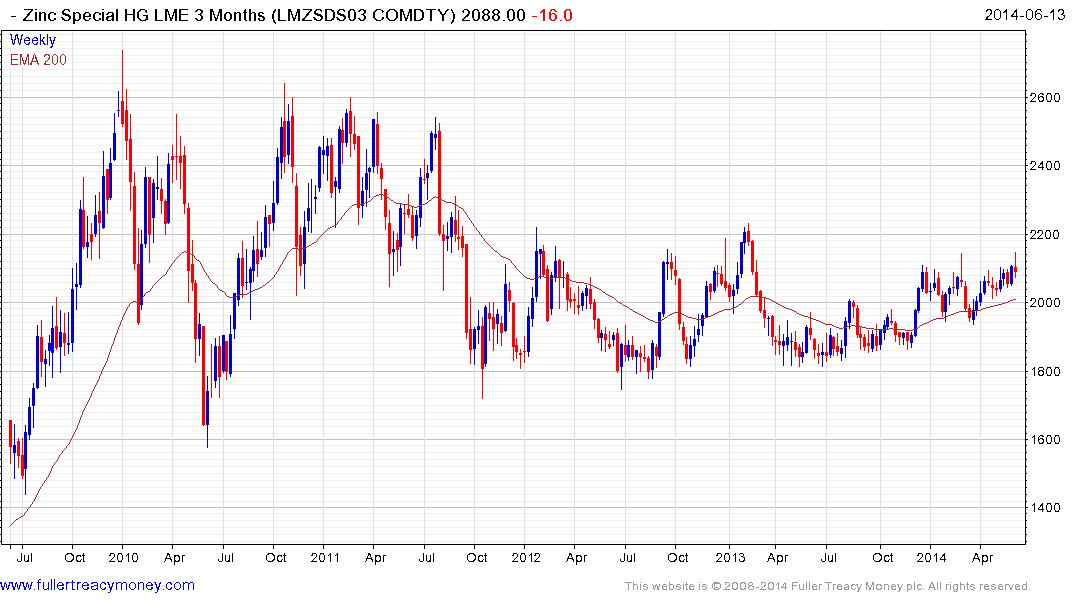 Zinc has so far held the progression of higher reaction lows which has been evident for the last year. However it will need to hold above $1950 if this sequence is to remain intact. 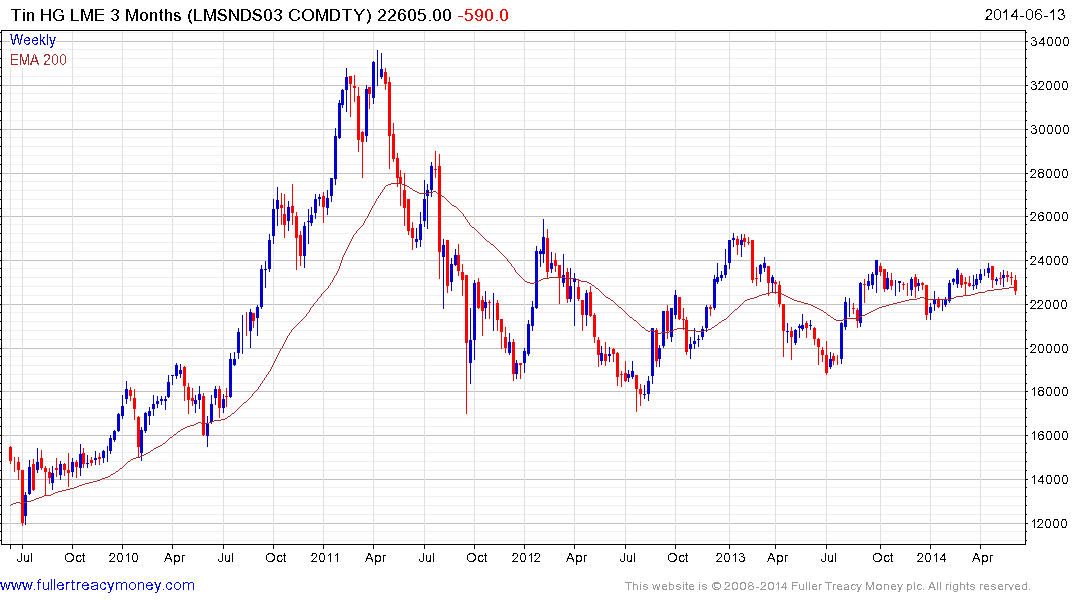 Tin has been ranging mostly below $24,000 since 2011 and most recently encountered resistance near that level in April. A clear upward dynamic will be required to check the current slide while a sustained move above $24,000 would reassert medium-term demand dominance. 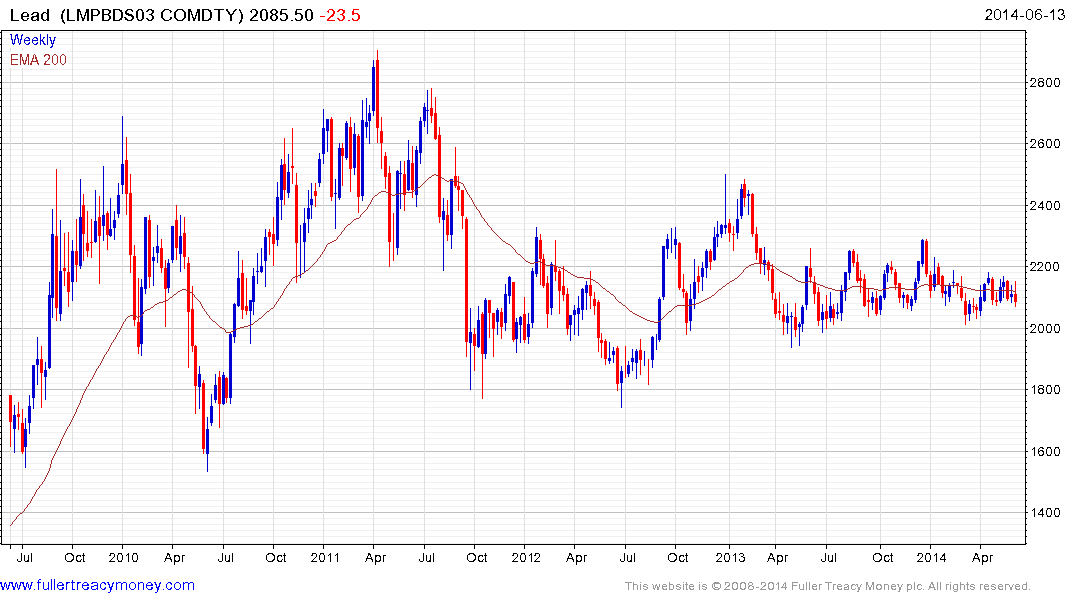 Lead failed to hold the progression of higher reaction lows, within its nearly three-year range, in March and will need to sustain a move above $2200 to begin to suggest a return to demand dominance.

As can be seen from the above the charts, while all of the industrial metals have softened, lead has experienced the most technical deterioration. Copper will need to hold the $3 area, but the hyperbole of the articles you cite has not been reflected in the metal prices so far.