Many thanks for your continuing high-quality service, exemplified by the comprehensive Income ITs spreadsheet you produced yesterday. It will be invaluable for Private Investors such as myself. On a separate topic, do you have any views on the banks in the light of the suspension of dividends? In particular, I see that HSBC shares are approaching chart support from 1997-98 and 2016.

Thank you for this question. There is no denying that bank shares have declined significantly so it is logical to question whether they are close to a low. With dividends being eliminated, a rise in defaults inevitable, a moratorium on buybacks, and tight margins from low interest rates the big question is whether the bad news has been priced in. 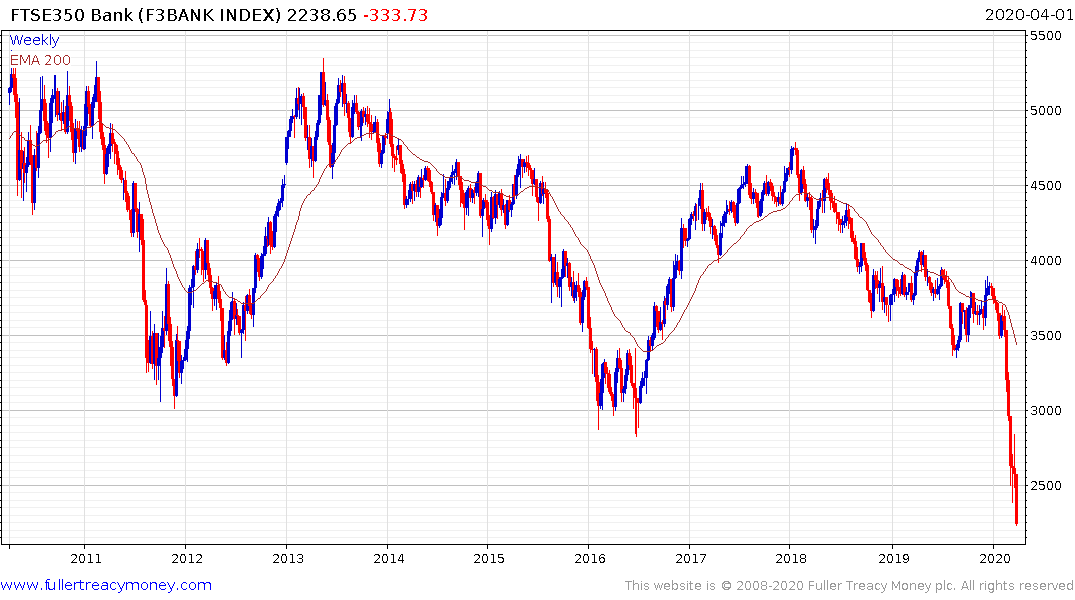 The FTSE-350 Banks Index dropped to a new reaction low today as it falls back to test the region of the 2009 lows. 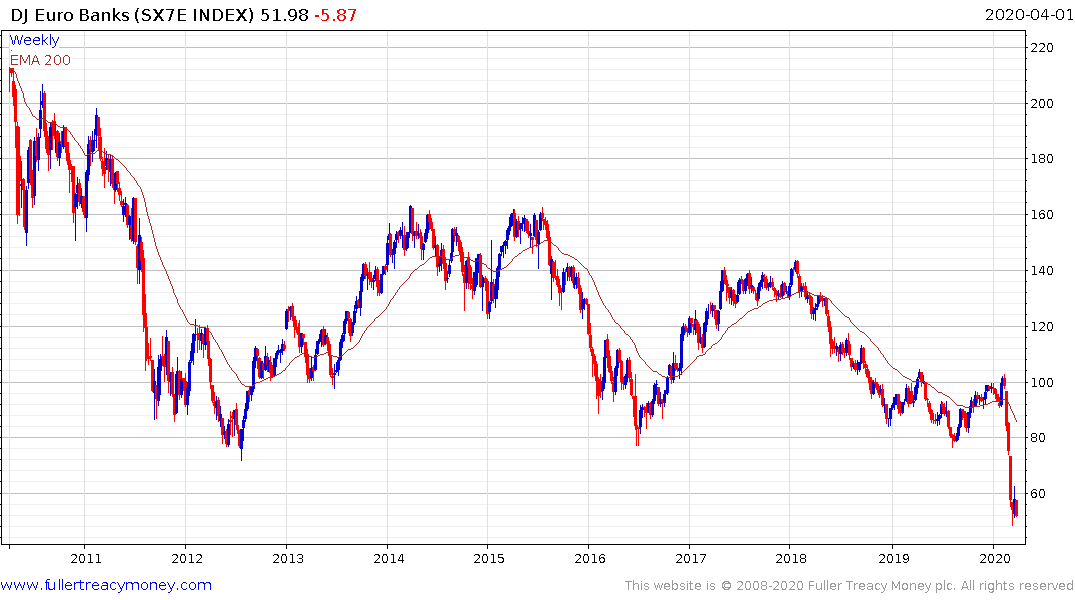 The Euro STOXX Banks Index is at new all-time lows and maintains a downward bias. 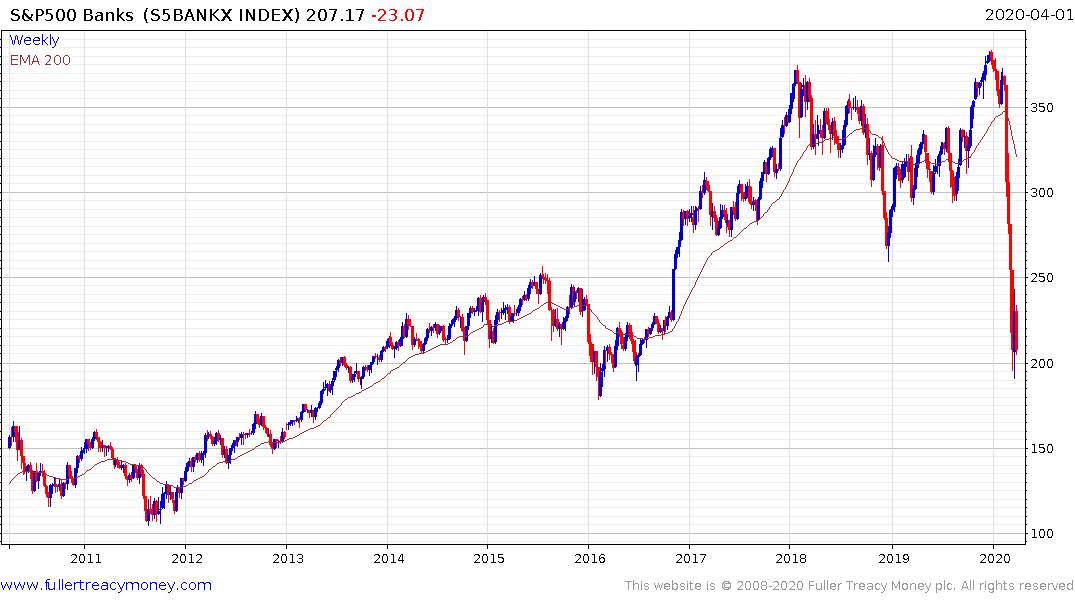 The S&P500 Banks Index has dropped back to its 2016 lows but has yet to demonstrate more than temporary support has been found. 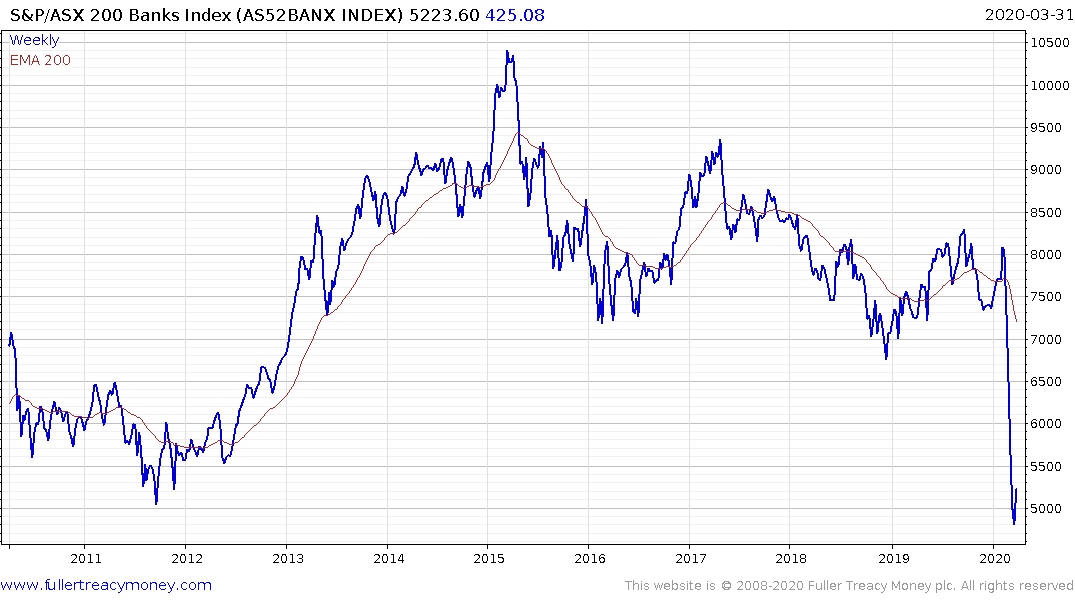 The S&P/ASX 300 Banks Index has also collapsed but bounced better than other global banking sectors over the last few weeks. It’s too early to call a medium-term bottom but the relative strength is certainly noteworthy. 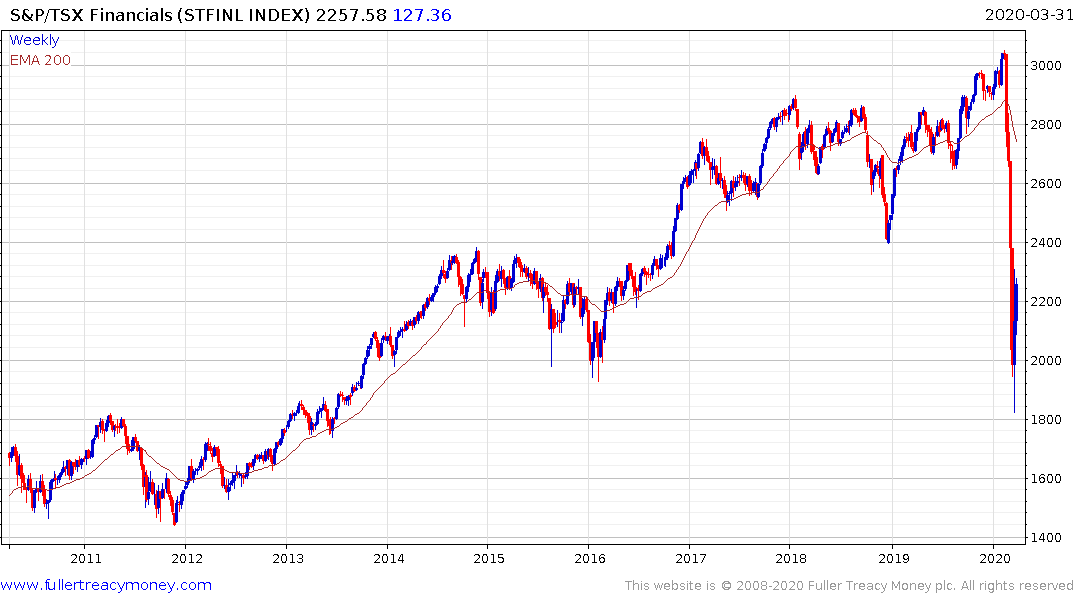 The S&P/TSX Financials Index has also bounced better than other global bank indices. 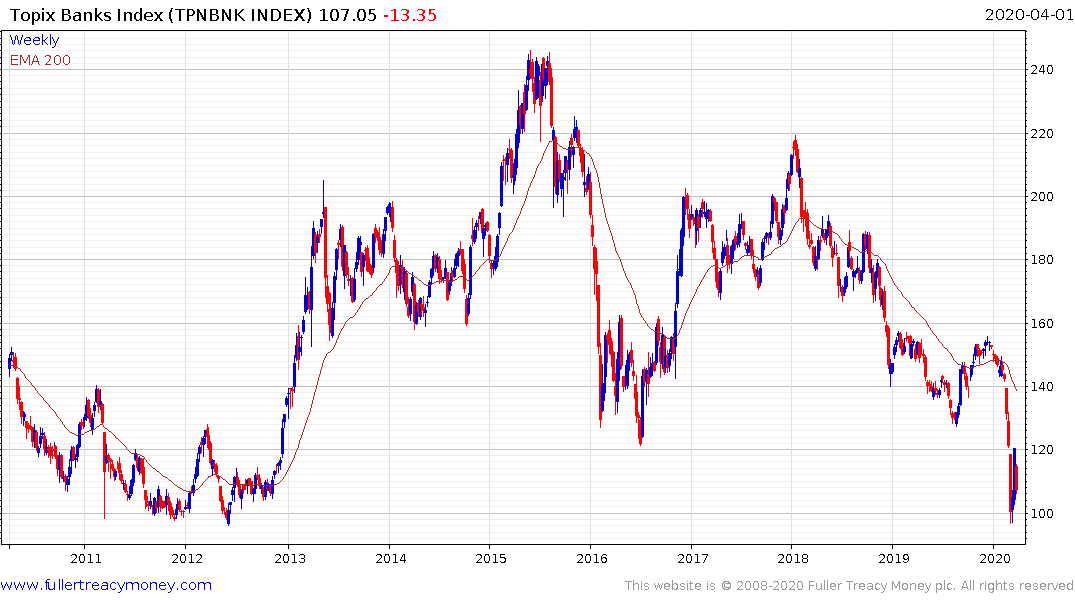 The Topix Banks Index is back in the region of the lows, posted in 2011/12, but needs to hold the 100 level if support building is to be given the benefit of the doubt. 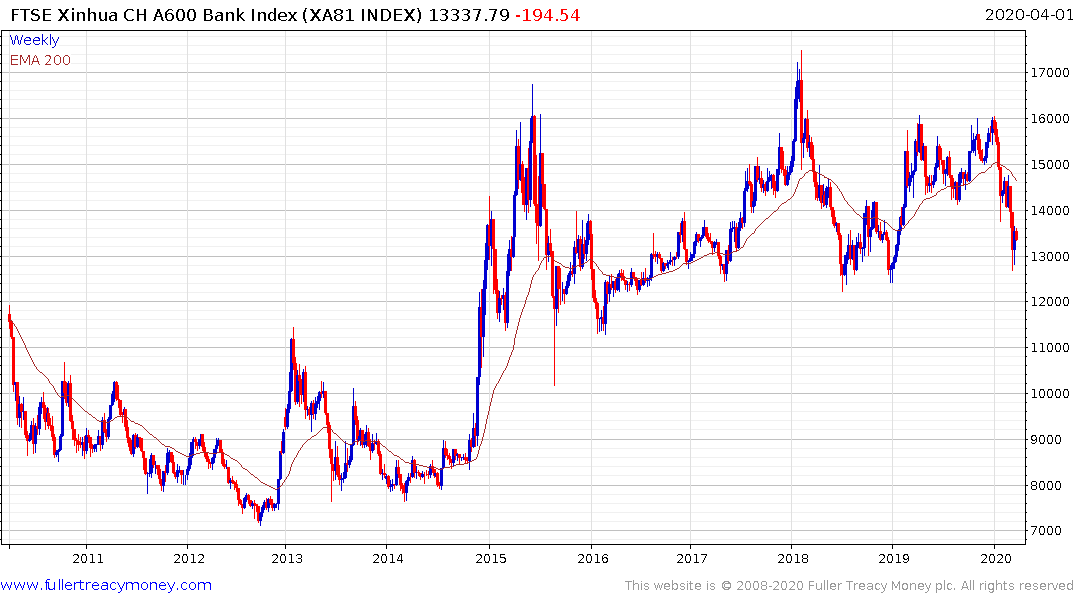 The FTST/Xinhua A600 Banks Index has exhibited relative strength over the last few months, despite its overall downward bias. That has been achieved through outright government support since China’s banks are some of the primary arteries through which government support flows into the economy.

Regulation has significantly encroached on the kinds of business banks can conduct and central banks are increasingly taking over the roles previously held by the private sector. For example, the repo and commercial paper markets have effectively been nationalised by the Fed’s actions. Meanwhile bank reserve requirements have been set to zero and they are been told to lend with abandon regardless of default risk. The terminal point for many banks is nationalisation because they cannot make money in this environment. That is particularly true in Europe.

Much discussion has focused on whether economies are going to look more like Japan but there is an increasing possibility banks will look more like China where their fate is governed by dictate from the administrating bodies. 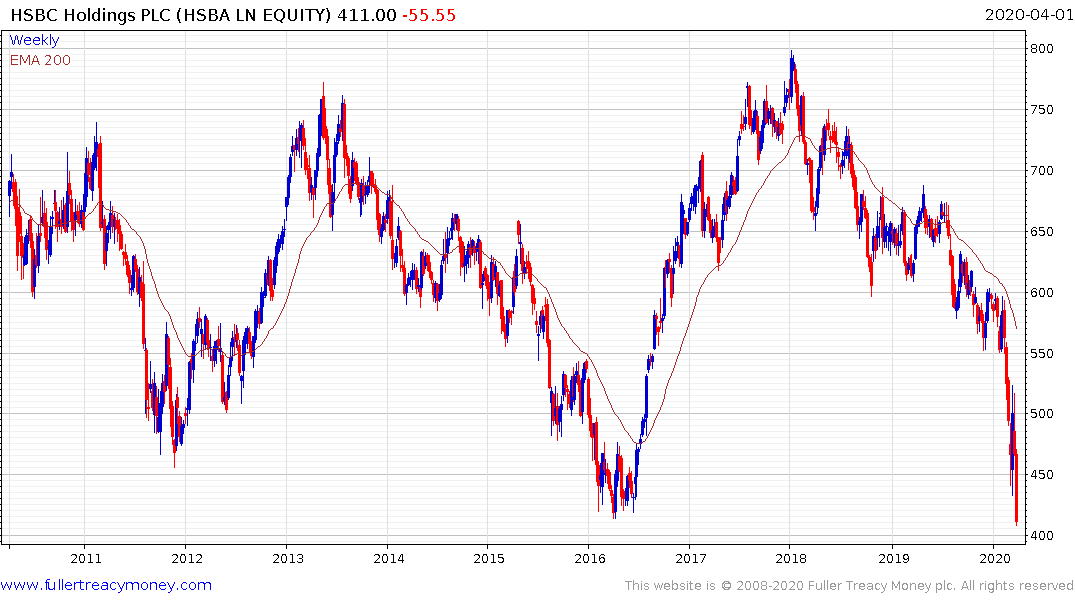 Internationally oriented banks may fare better because they at least have the opportunity to build businesses in emerging markets where interest rates are higher and demographics positive. HSBC for example of accelerating lower. Interestingly it bottomed at 270p in 1998 and 2009 so that level may register with investors on this occasion too.

My biggest concern is no one knows how big a hit the banks are going to take from defaults on everything from auto loans to mortgages to small businesses to large business credit lines. It is certainly true the banks are not the reason behind the recession on this occasion. However, banks are where the buck stops when high percentages of their customers run into financial difficulty. Banks are therefore unlikely to represent relative strength until a recovery is well underway.