Should we consider the expected weakening usd while comparing? Especially chip machine producing companies should have a very bright future when both the US and Europe want to produce more chips themselves with a shortage of machines and chips for the foreseeable future it is unlikely any price discounts will be given interesting isn't it? kind regards

Thank you for this kind email and I am delighted you are enjoying the videos. Semiconductors have become a nationalist priority as a result of the current shortage, the drought in Taiwan which questions the ability to increase supply, and geopolitical tensions. These factors have highlighted short-term thinking that was behind the migration of domestic European manufacturing to Asia, over the last couple of decades.

Since the automotive sector is a key part of the Eurozone economy the increasing role of chips in manufacturing cars increases priorities for ensuring security of supply. That is contributing to significant additional spending plans in Europe, in addition to the $200+ billion earmarked by Samsung and TSMC. Therefore, I agree there is likely to be a lot of spending in the chip manufacturing sector. The challenge is a lot is already priced in. 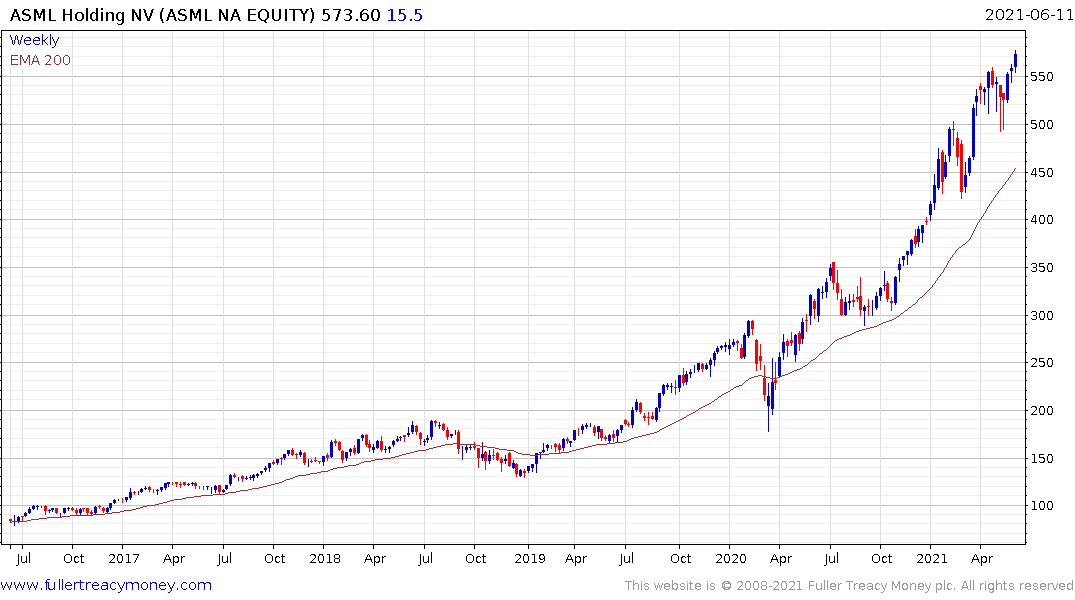 Semiconductors is a truly global business so I don’t think purely focusing on European manufacturers is the best strategy, although companies like ASML are likely to remain regional outperformers.

BE Semiconductor Industries is currently firming from the region of the trend mean.

The Philadelphia Semiconductor Index has been ranging for the last six months and is currently testing the upper boundary. Applied Materials, LAM Research and Microchip Technologies share similar patterns. 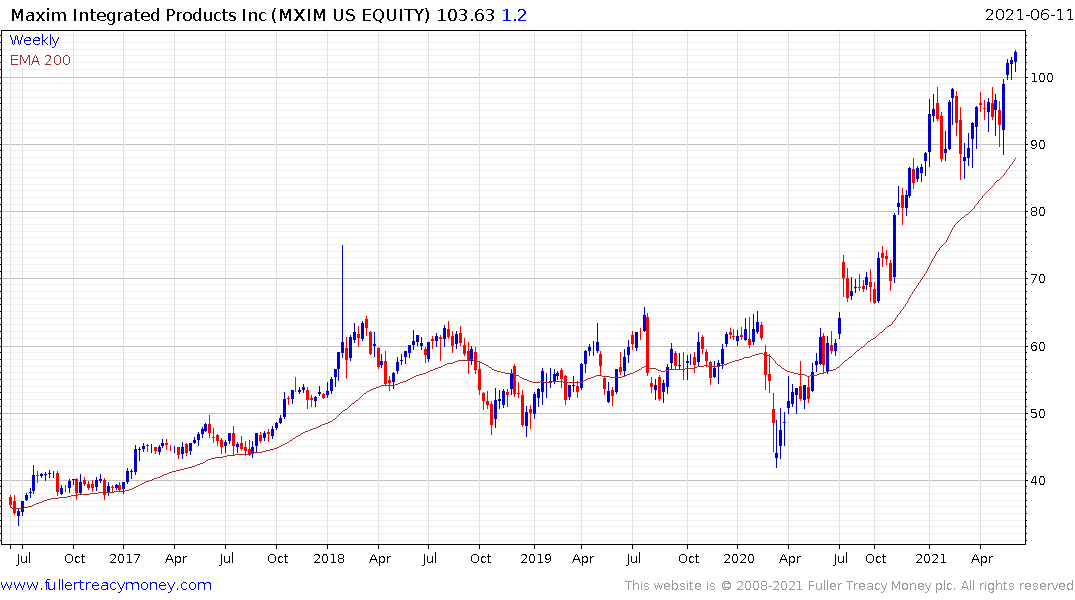 Maxim Integrated broke out two weeks ago and is consolidating above the range. Analog Devices has a similar pattern.

Nvidia broke out in emphatic form three weeks ago.

Following a big move like that already seen in most of these stocks, backing relative strength is probably the best policy. Today’s downward dynamic on Lasertec for example is likely to mark a peak of at least near-term significance.