What is likely to happen to the price of precious metals if a bubble in equities arises for all the reasons that you have stated. Precious metals appear to fall each day that equities perform well. Which sectors/countries are the likely leaders If there is an equities bubble or will we need to wait for the charts to tell us?

Gold has rallied impressively to complete a six-year base. The catalyst for that move was the perception the ECB is about to move interest rates below zero. That spurred a massive move in bonds that has created a situation where $17 trillion in nominal bonds are trading with negative yields in Europe and Japan. 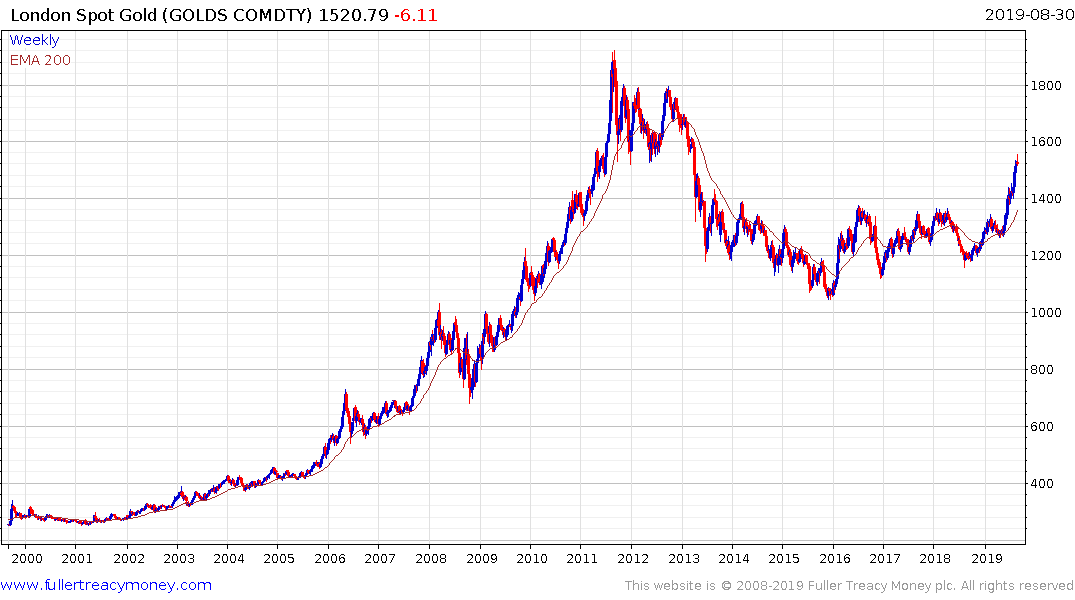 The convexity on long-dated bond goes awry when interest rates are negative. Since one of the ways to value gold is as a zero-coupon bond, it is reasonable to expect it to perform when investors are pricing in a negative yield environment. 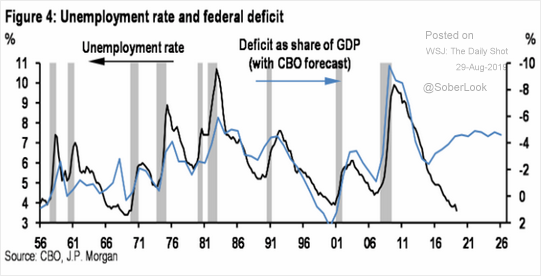 This chart highlights the size of the USA’s government deficit plotted against the unemployment rate. It is reasonable to expect that when we do see the next recession that the ability of the government to expand deficits even further will be constrained. There are two conclusions to draw from this supposition. The first is policy makers will do whatever is necessary to avoid a recession. Let’s call that the easy answer. The second is the only way to deal with the inhibitions on the policy front from a future recession will be monetisation of the outstanding debts on an epic scale.

There is a good chance that what we are seeing right now is the evolution of both these events with efforts to avoid a recession first and monetisation which those measures run their course. The downward pressure that is putting on international currencies is the reason gold is hitting new highs against so many of them. 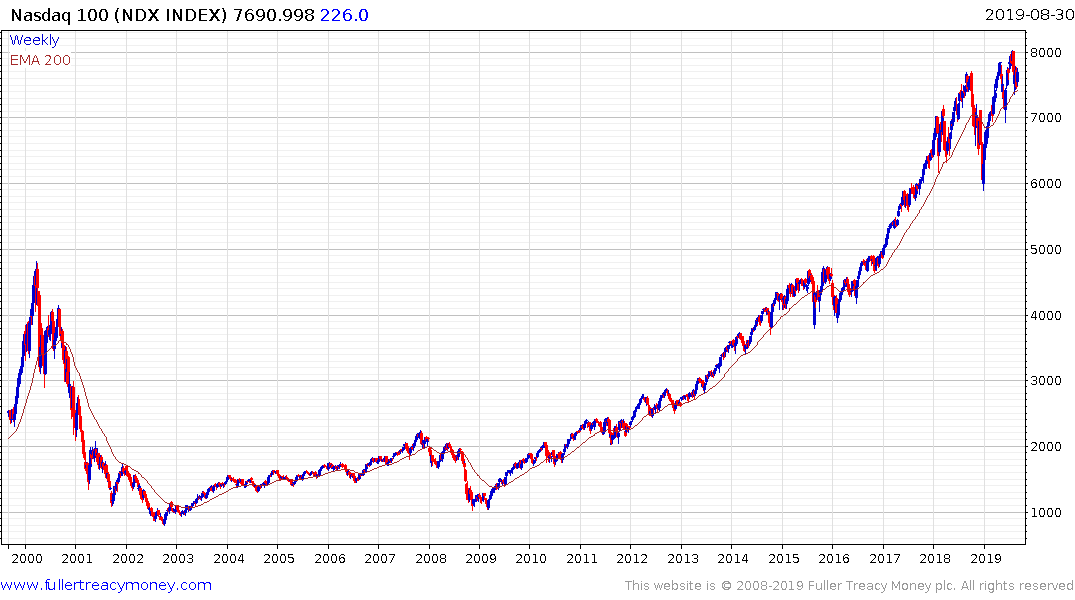 The relative value play on equities versus bonds and the efforts underway to avoid a recession by blowing out deficits and lowering interest rates are supportive of the bubble hypothesis. The shares that are doing best are not easily captured by ETFs just yet, but they have adopted the subscription business model and share the unifying characteristics of strong reliable modellable cashflows. I’m thinking of consumer staples, utilities, cybersecurity, computer game companies, Microsoft, Amazon, Adobe, Visa, Mastercard etc. These are likely to follow bonds into a bubble.

Gold is only just getting started it is rallying now because of negative yields but it will move centre stage if we see outright monetisation of debts.