Eoin is there any way of investing in the digital money technologies? I do not want to buy these new currencies but I do want to own the "shovels" of this new gold mine.

Thank you for this question which others may have an interest it. Cryptocurrency trading is certainly not for everyone not least because the volatility the market experiences is out of character with what we see just about anywhere else.

The primary alternative investments that offer tangential exposure to the sector have been graphics chip manufacturers. The big two are Nvidia and Advanced Micro Devices. 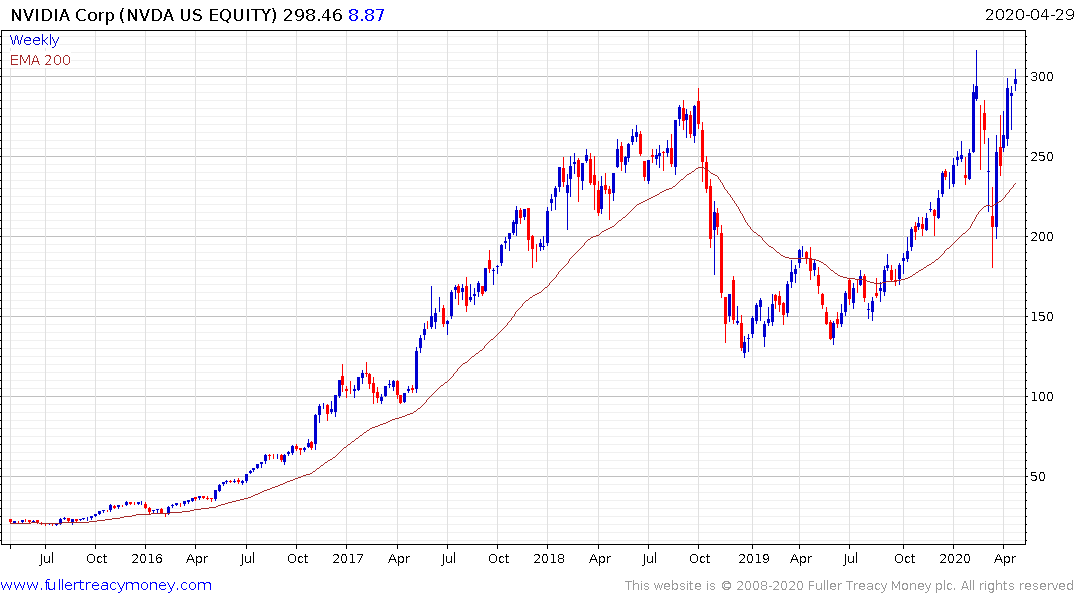 Nvidia has regained it February peak near $300. It posted a small downside key day reversal on Tuesday but has so far not followed through on the downside. At least some consolidation appears likely but it has plenty of room to pause while still holding the move above the trend mean. 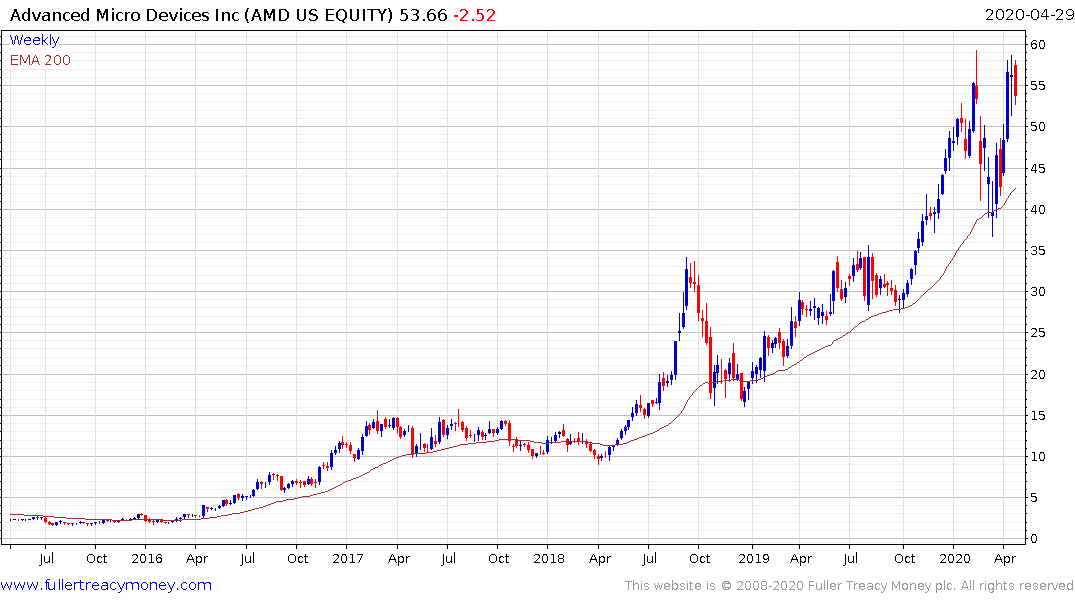 AMD is already consolidating, having regained its peak.

Bitmain, China’s largest bitcoin miner, was scheduled to IPO in January but the plans were shelved following the revelations it sold mining equipment to a bitcoin Ponzi scheme.