Email of the day - on gold ETF holdings by Eoin Treacy

On gold, I notice there is now significant weakness in the chart for Total known holdings of gold ETF. Will we need to see this stabilize and turn up before any rise is likely in spot gold prices?

There is undoubtedly some liquidation of gold longs going on at present as investors price in the potential for outsized swift economic recovery. That’s also the main rationale for selling bonds since there is less need for a safe haven. 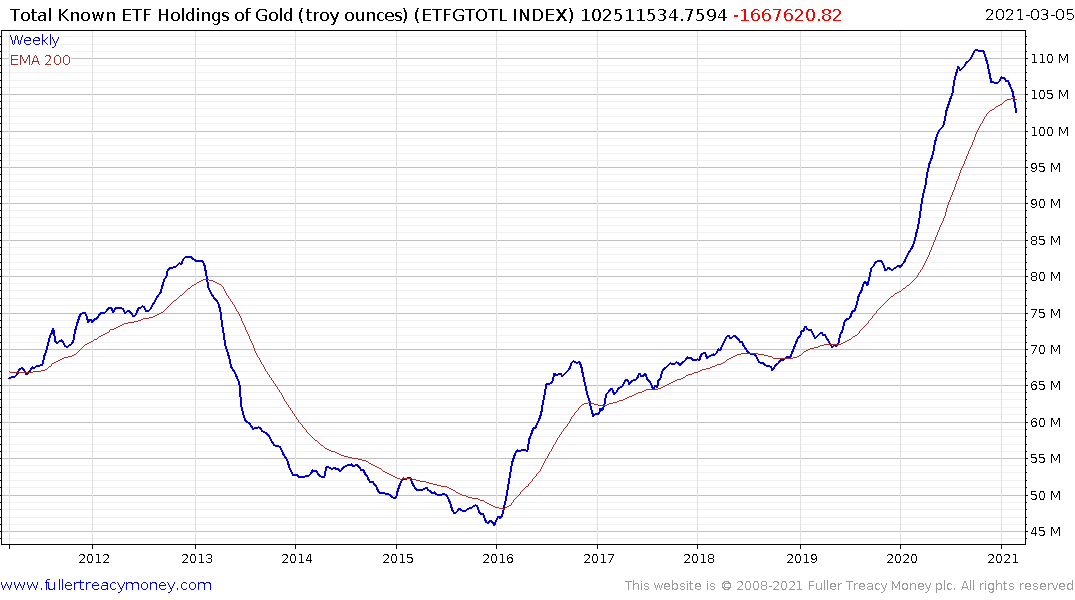 A short-term oversold condition is rapidly evolving and the pace of the decline is picking up. The initial decline from the August peak totalled $212. The decline from the November peak was $200 and the current decline from the January peak is $282 and counting. The first clear upward dynamic will signal a low of at least near-term, and potentially, medium-term significance. 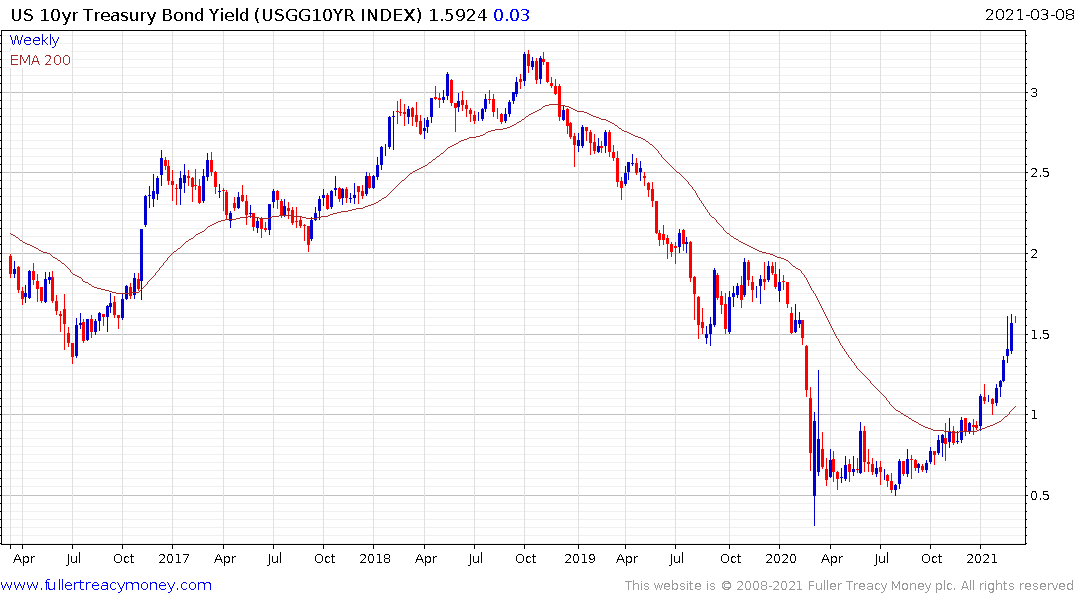 Rising government bond yields are not some esoteric oddity. They represent the benchmark against which the returns of all other asset classes are measured. The recent bifurcation of the Nasdaq-100 and the S&P500 tells a broader story of the relative underperformance of interest rate sensitive assets. 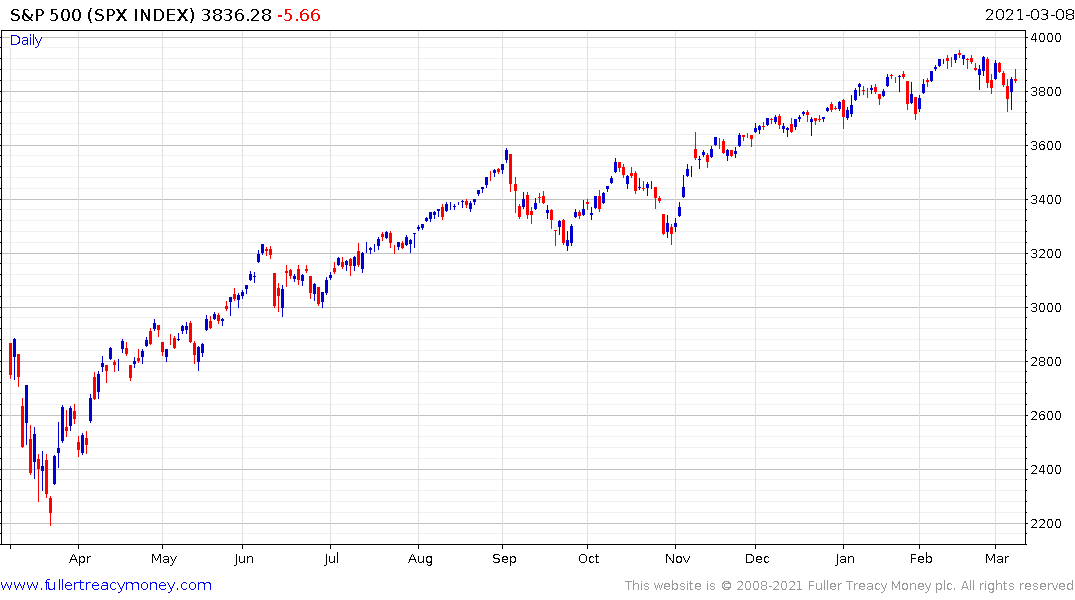 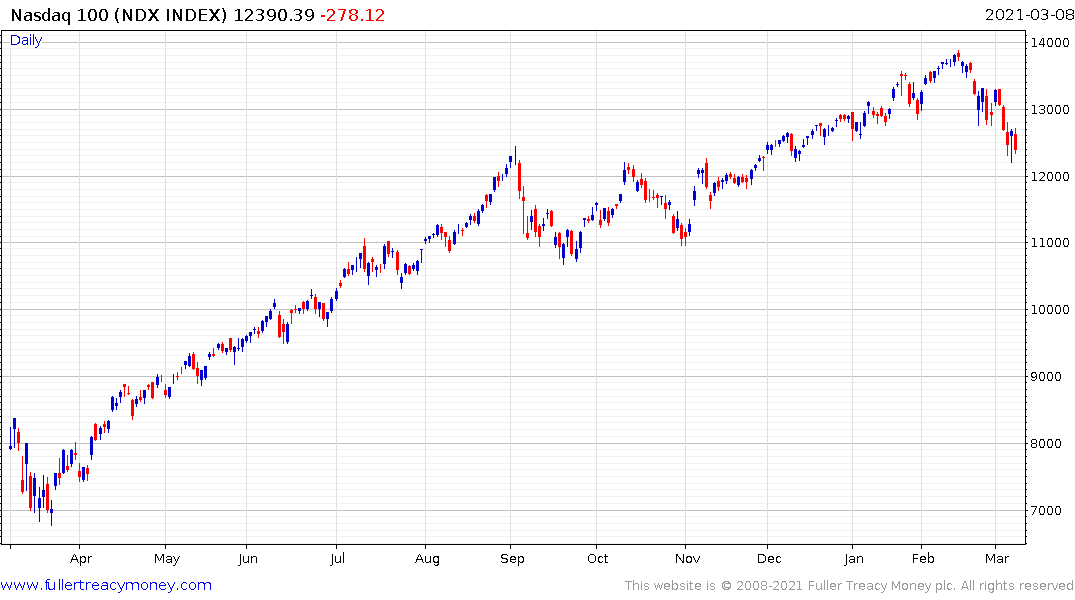 Gold does best in a negative real interest rate environment. Investors are less convinced that condition is going to persist which is why gold is selling off. However, as the Treasury’s massive pile of cash is drawn down from the Fed, it represents a massive source of new liquidity. The fact that it is not favouring momentum stocks tells us it will have a material impact on inflation expectations which is why value is outperforming. 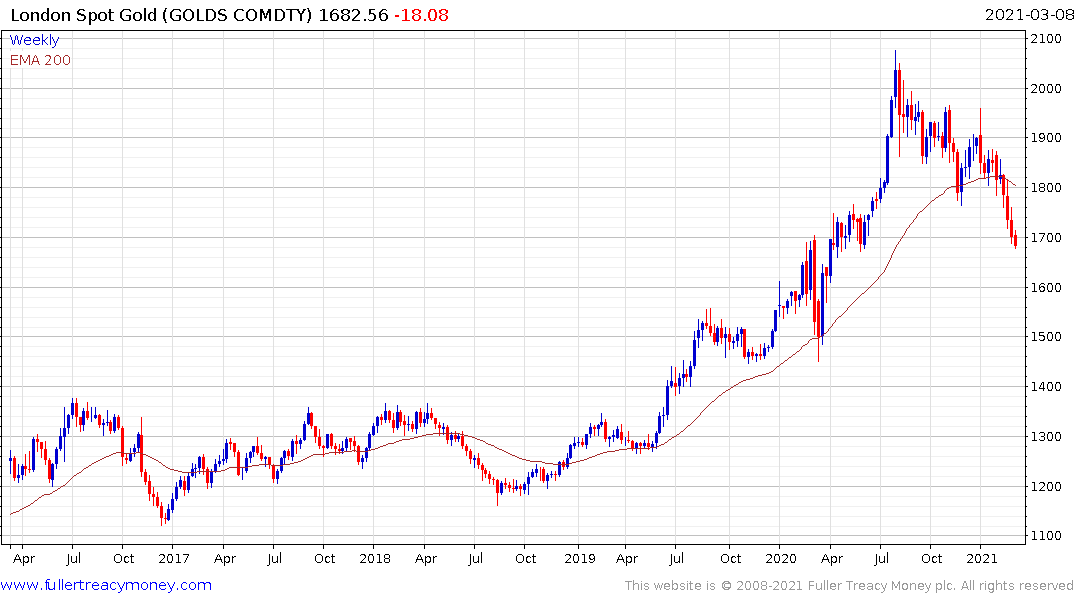 Gold’s uptrend will resume when the majority of investors see that the only plan for the 2020 debt splurge is to inflate it away.