This article today struck me as being a profound historical perspective on the UK and the EU. It reinforces my view (and yours I think) that the EMs are where the growth will be for the medium-long term. Whether we in the UK will be able to capitalise on this is our question.

Thank you for this emotional article which highlights the frustration many people feel with both the trajectory of European integration and the UK’s membership of the long-term federal project. As David used to say, “the markets are an international beauty contest where we get to be the judges.”

The EU is a 447-million-person market comprised of developed and emerging markets where massive disparities in economic performance are present. I agree the long-term aim is to create a federal state with a capital in Brussels, a federal EU budget, mutualised sovereign debt, fiscal transfers, a defence budget, control over taxes and rule setting. Every successive crisis brings that goal one step closer.

The sovereign wealth crisis in 2011/12 highlighted the bloc’s power in forcing austerity on member nations. The Greece/Cyprus defaults allowed the bloc to bail-in depositors. The pandemic crisis created federal debt issuance. When the UK leaves the EU, a major impediment to much closer union will have been removed. The next big project for the EU will be taxation. Perhaps it will take another crisis to allow this step to be pushed through, but it is inevitable.

The EU green new deal fulfils the dual ambitions of appealing to the green movement while also furthering the aim of energy independence. If the EU is to achieve its goals of harmonisation and prosperity it will need to address the productivity question.

Energy is a big part of that but so are technology, regulation and demographics. Europe is woefully behind in pioneering new technologies. The regulatory environment is focused on protecting national champions and Europe’s primary economies are in demographic decline. The majority of new entrants to the population are immigrants or the children of immigrants.

The multiculturalism experiment has been an abject failure. It has been in place for decades and racial tensions are worse today than they have been in decades. “Celebrating” the differences between people is a recipe for sotto voce racism and ghettoization of the new populations. For a region with a plethora of languages and cultures creating a common European identity with common goals and aspirations is a monumental, if not impossible, task. 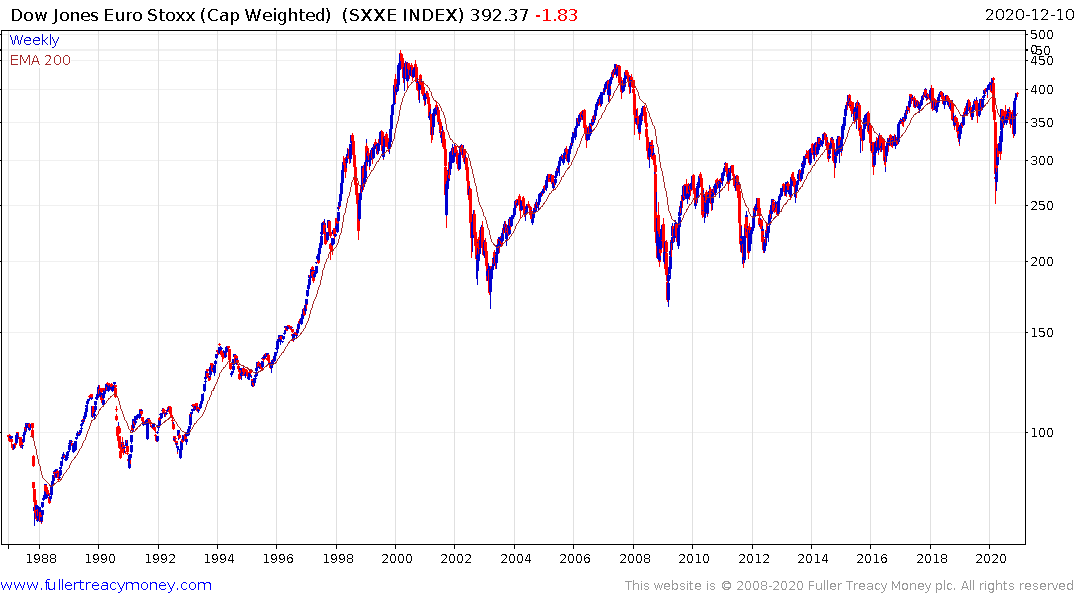 The biggest point in favour of the EU is the fiscal austerity up to 2018 reduced government deficits. They are therefore less leveraged, on aggregate, than other developed markets. That is putting upward pressure on the Euro particularly relative to the US Dollar which is increasingly leveraged. The valuation in Europe is attractive on a relative basis but catalysts for growth are still absent.

The UK was an energy exporter for most of its time inside the EU. North Sea oil production peaked in 2001 and the UK became a net importer of petroleum products in 2013. That turned a tailwind for public finances into a headwind. Energy surpluses had papered over a lot of cracks in the economy, particularly the decline of domestic manufacturing and collapse of the mining sector.

The issues of money being available for the needs of the health service have been compounded by unfavourable demographics and the lack of additional income from energy exports. Reliance on the bounty of the financial sector has become a much greater focus as a result and is now threatened by Brexit.

Leaving the EU is a major decision and the only possible way it is going to succeed for the UK is if a wholly new approach to growth and productivity is adopted. The challenge is that this kind of transition will take years to effect. The UK already has world class pharmaceutical, engineering, financial and education sectors. So far, major initiatives to support R&D are positive.

Tax and regulatory supports are necessary in the short term. The UK needs to compete aggressively with the EU and the rest of the world on every possible front. That requires a level of sustained dynamism that is easiest to achieve with a young population. It will also need to be achieved against an EU which has a vested interest in seeing the UK fail. 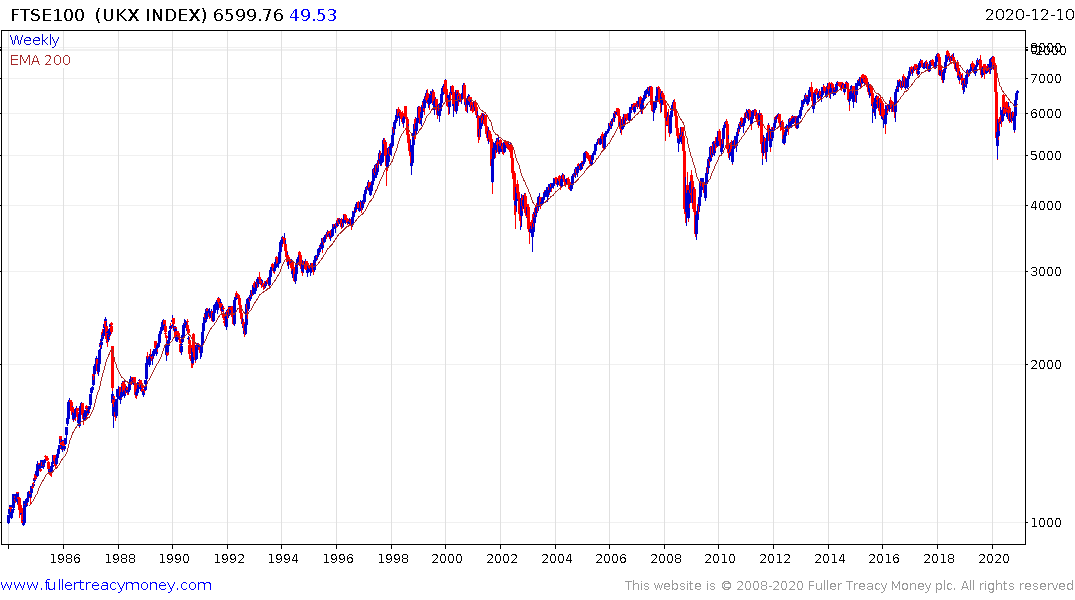 The UK is trading at a deep discount on valuations to every other developed market so the challenges are at least partially priced in. The UK also needs to come up with a vision for what the future will hold for all of its citizens and regions. That’s easier to achieve for a country with a common language and shared history than it is for the EU, but no one should be under any illusion that it is easy. Independence movements in Scotland and Northern Ireland are non-trivial and have been around for a long time. Prosperity binds people together better than anything else. That’s something everyone should understand and strive towards. 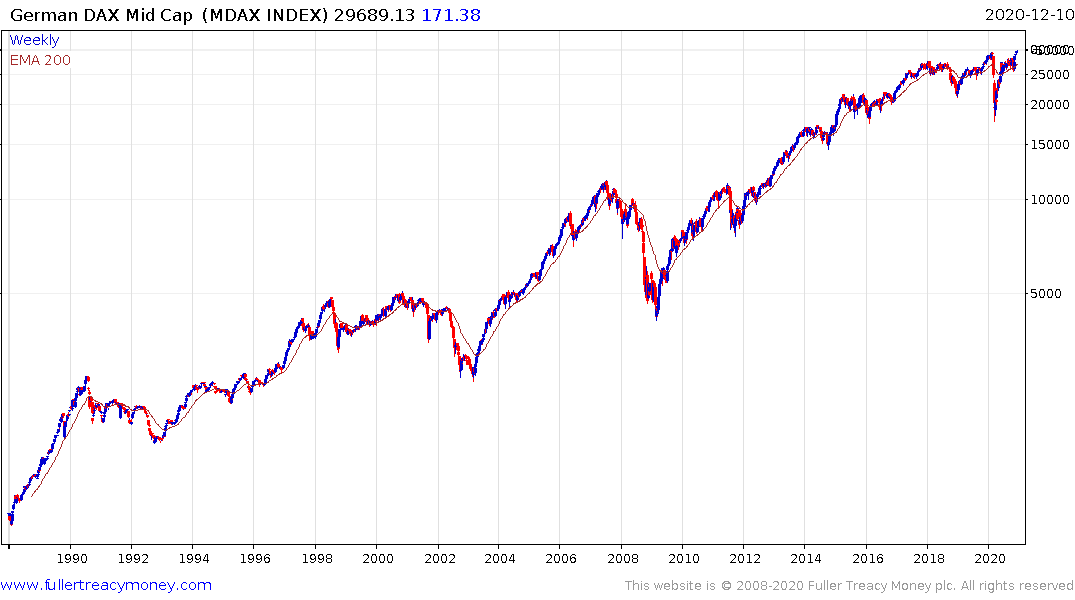 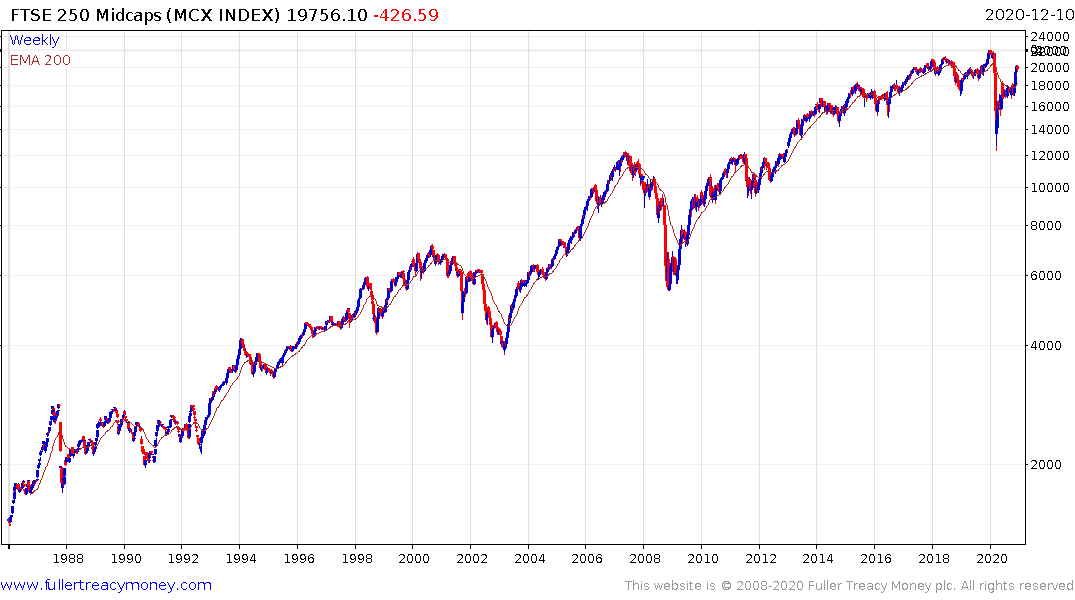 Mid Caps have tended to outperform large caps in both the UK and Germany over the long-term. there is little reason to expect that condition to change going forwards. 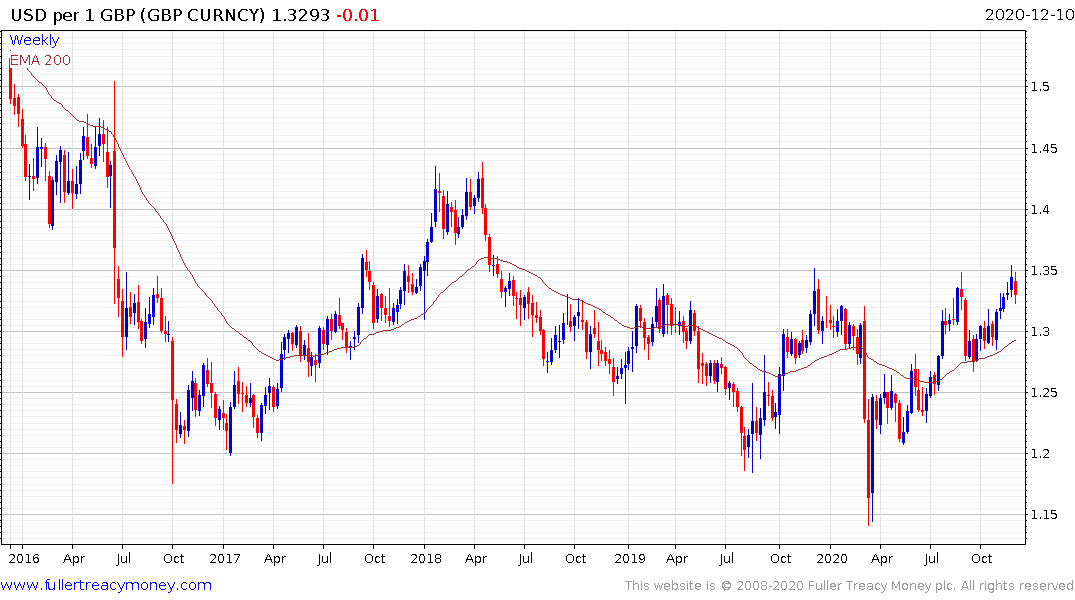 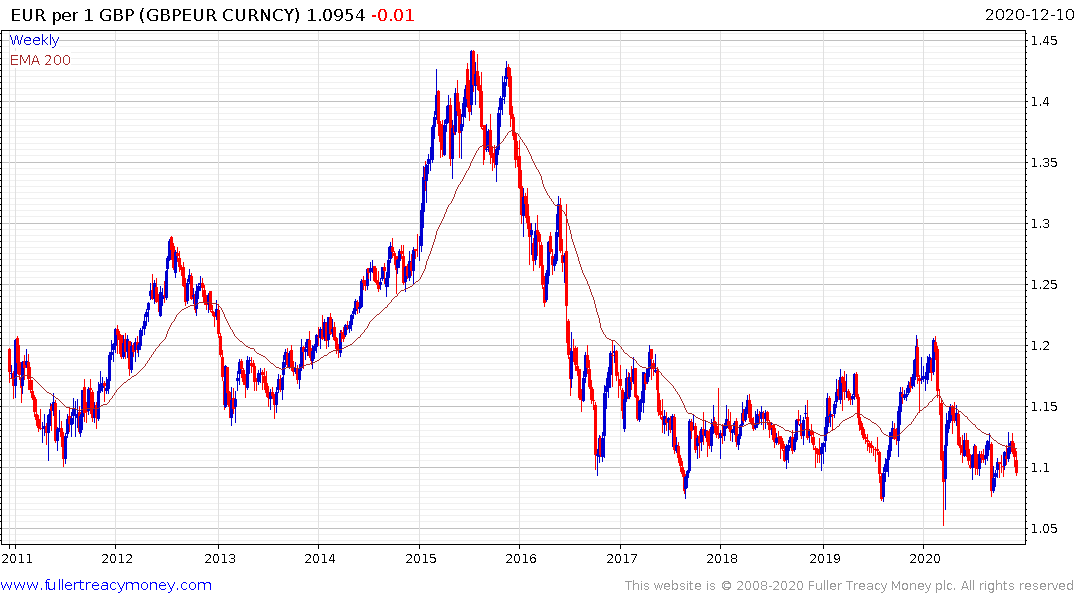 The biggest question for an investor is whether the Pound accurately reflects the pricing in of risk. Traders have been willing to bet that the UK will come to some form of accommodation with the EU this year. If not this year, then some formalised trading agreement will be reached eventually but probably from a lower Pound/Euro starting level.

The clear conclusion from all of the above is that the EU/UK and Brexit questions are hard. There is no easy answer and the challenges facing both regions are serious. From an international perspective emerging markets are just easier. Increasingly, the trends are also in their favour. 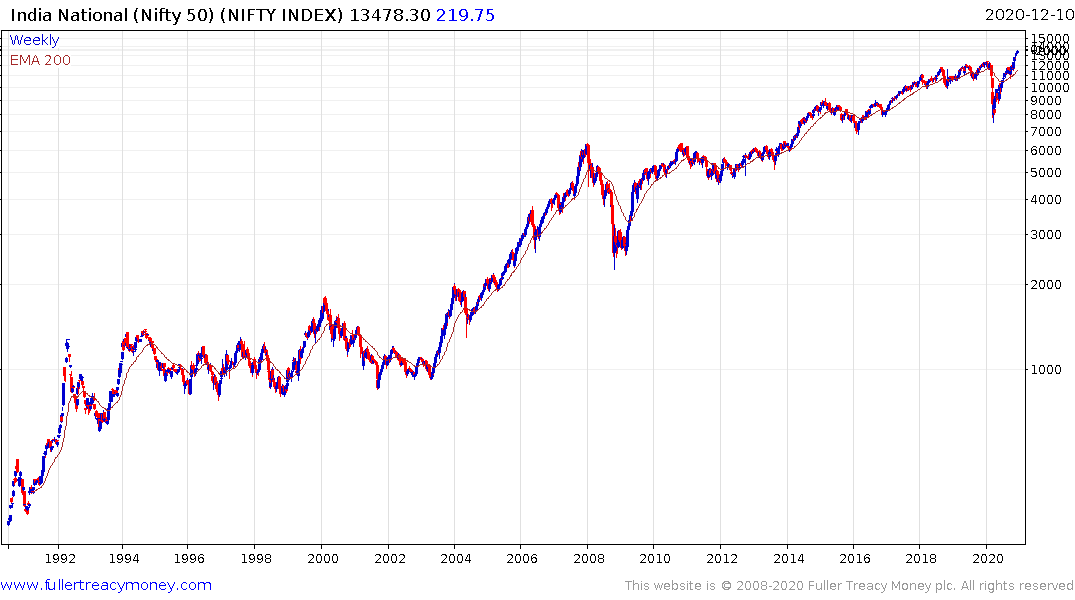 They have youthful demographics and that counts for a lot. Living standards and consumption are increasing in a secular fashion and that is likely to continue to be the case for decades to come. They naturally have higher growth rates but improving standards of governance are required to translate that into stock market returns. The good news is that governance is improving in a large number of emerging markets. The attraction of the sector is now being burnished by the downtrend in the US Dollar. That has generally led to outperformance that lasts years rather than months. It suggests emerging markets will be buys-on-the-dip for the foreseeable future.

UK investors are particularly advantaged when it comes to investing globally and in commodities. The domestic market has a large number of listed funds and trusts and the UK is a favoured destination for companies to seek a listing or to issue GDRs.