Email of the day - on Basel III and gold:
Comment of the Day

Email of the day - on Basel III and gold: by Eoin Treacy

Greetings Eoin, I hope you've settled in comfortably after your move. Do you have an opinion or observation about the possible effects of Basel III might have, if any, on the price of gold? Thank You.

Thank you for this question which has been circulating in the gold sector for the last couple of months. The prospect of Basel III positive impacting gold prices was first raised two years ago. The argument centred on the prospect of gold being raised to tier 1 status which would put it on par with cash-like instruments. The gold price broke out in June 2019 and trended higher for more than a year to new all-time highs.

Now that Basel III is being implemented the argument in support of higher gold prices has changed. It now focuses on the minutiae of the regulations. The primary point is the Net Stable Funding Ratio is designed to force banks to finance long-term assets with long-term money. It is not treating gold as a currency in its current form. That is the primary reason the London Bullion Market Association and the World Gold Council protested to the Bank of International Settlements.

They argue the rules as they are currently formulated will drain liquidity from the system because the cost of trading will increase so banks will exit rather than bear the cost. If we take that argument at face value, it suggests there may be future illiquidity issues in the gold market. That’s great news for the price over the medium to long term but perhaps less so in the short-term.

Meanwhile the Dollar is rebounding on increasing worried about the toll the Delta variant is taking on the ASEAN region. The USA is further along in vaccinating the population and is therefore attracting safe haven flows at present. 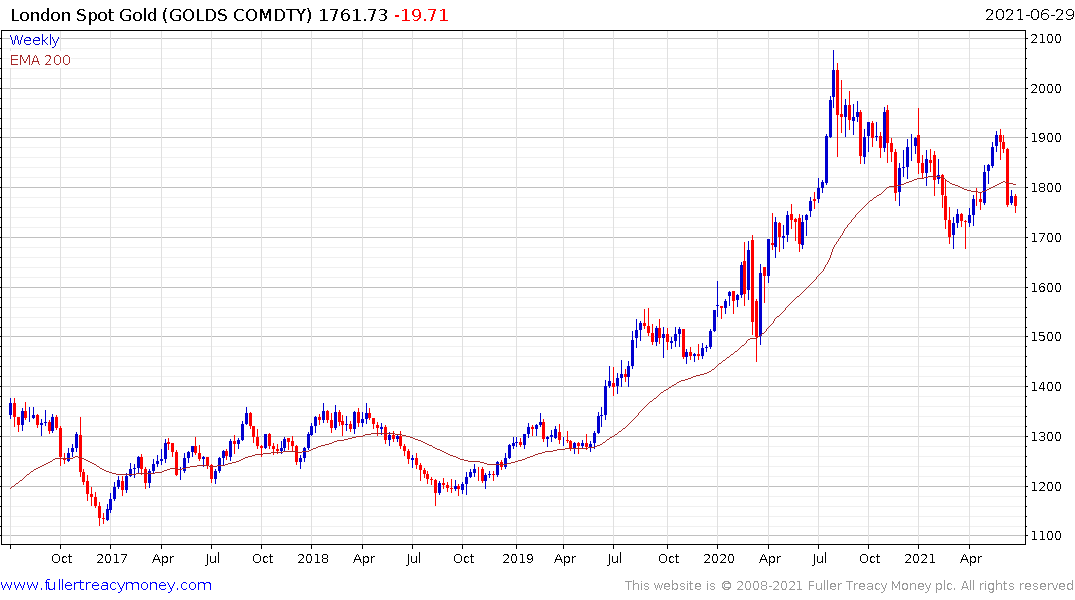 Gold broke downwards today from a short-term range to extend its decline from the psychological $1900 level. The price needs to post a higher reaction low to confirm a return to demand dominance 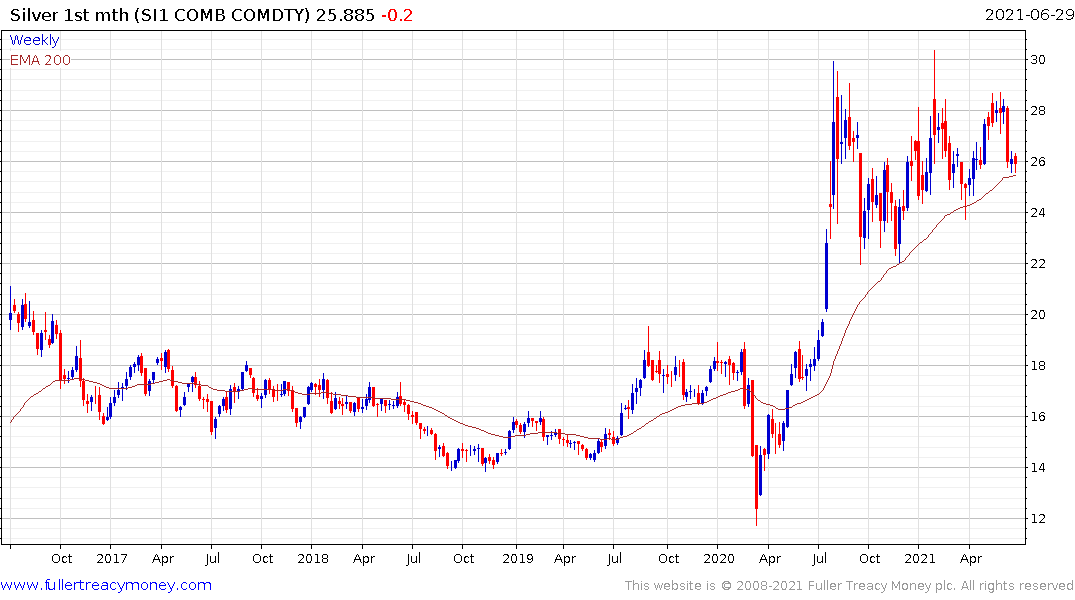 Silver continues to hold the region of the trend mean and has been conspicuously less volatile than gold. That speaks to the metals industrial uses which at present are acting as a buffer to selling pressure. Nevertheless, silver is unlikely to breakout to new recovery highs without gold at least steadying.