Before we examine the fourth year, remember back to the stat from the third year; since WWII there had never been a down year.  The fourth year is also tilted to the positive, but not quite as unblemished.  Bush vs. Gore at the turn of the century saw a 9.1% loss.  And then 2008 witnessed a blistering 37% decline with the Great Financial Crisis.

Yet what's interesting about both dates is that they coincided with the end of a protracted bull market.  Will 2020 prove the same?  It certainly feels like that might be a possibility.  But I warn that before those two declines, there had also not been a post-WWII fourth year of the Presidential cycle that had fallen either.  From 1948 to 2000, the returns were all to the green side of the ledger.

Perhaps both declines (2000 and 2008) were the result of a Federal Reserve bent on slowing down the economy. With Powell & Co. increasingly looking willing to let the economy run hot, the fiscal pumping from a President (and party) wanting to get re-elected might keep a bid to risk assets.

The priming of the economic pump and the Fed’s complicity in keeping monetary policy on the easy side during the last 12 months of the Presidential election cycle has been a factor in the US markets for almost a century. It also serves as evidence that Modern Monetary Theory is not all that modern. Where it differs from history is in scale rather than substance. 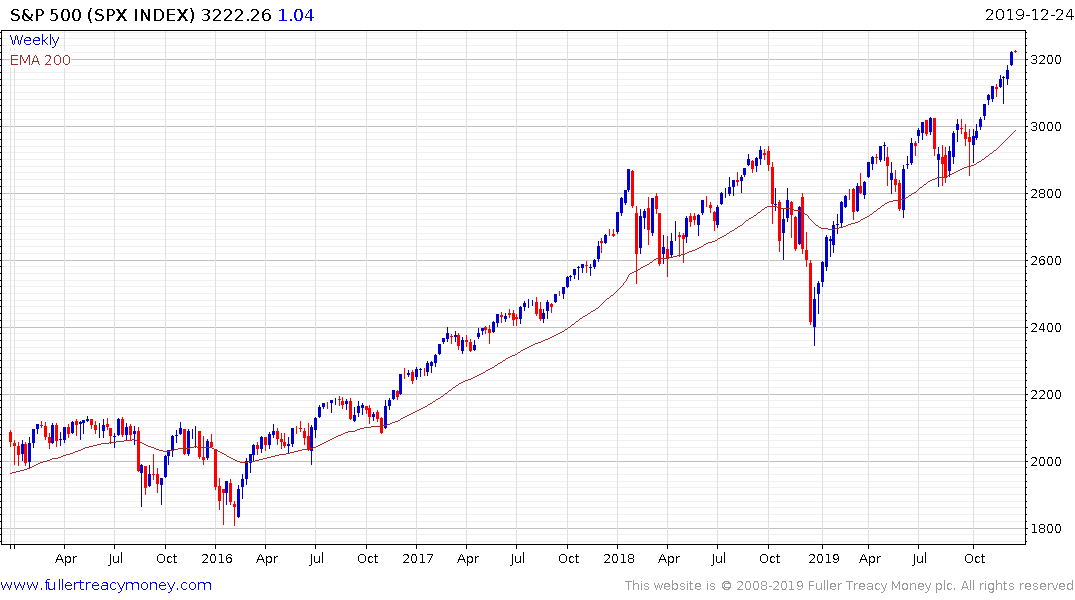 The 4th year of the Presidential cycle is almost always positive but that does not mean the market will progress in a straight line. The end of the year has ample potential for some rotation as investors look for the next big winners. Short-term overbought conditions heading into the last few trading days of the year suggest some scope for consolidation of powerful gains posted over the last three months. 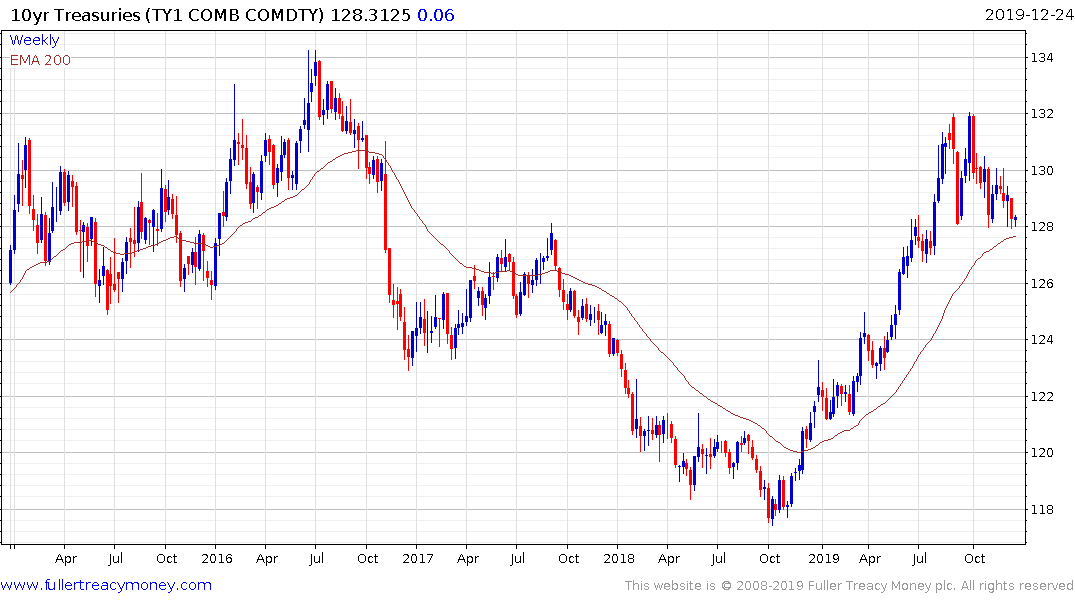 The reversion towards the mean posted over the same timeframe for US Treasuries, and proximity to the psychological 2% level suggest some scope for steadying.