ECB Warns Against Complacency on Depressed Prices, Euro Gain
Comment of the Day

European Central Bank officials agreed at their latest policy meeting to avoid any complacency in their
battle against the recession, and to counter investors’ perception that the euro would inevitably strengthen.

The account of the Governing Council’s Sept. 9-10 meeting showed officials fretting that currency gains had offset some of their monetary stimulus, with a “material impact” on the outlook for consumer prices. Chief economist Philip Lane said inflation expectations were at “very depressed” levels and at risk of falling further.

“In the prevailing environment of high uncertainty, keeping a steady hand with respect to monetary policy was seen as most appropriate,” according to the document published Thursday. “At the same time, the case was made for keeping a ‘free hand’ in view of the elevated uncertainty.”

One of David’s most insightful adages is “no country wants a strong currency, but some need a weaker one more than others”. Between March and August, the USA did the most to devalue its currency. The massive supply of money supplied accounted for about half of all global liquidity. That has been one of the primary factors behind the Dollar’s decline. No currency exists in isolation so if the Dollar went down, a lot of currencies expressed upward pressure.

I don’t see a lot of evidence of the Fed buying bonds. The size of the balance sheet is certainly not rising but M2 is. The reality today is the stock market is behaving as if the Fed is still making these purchases but the Dollar is not. Part of the reason for this is because the stock market does not have a government on the other side of the trade wishing to depress prices. Currencies do. 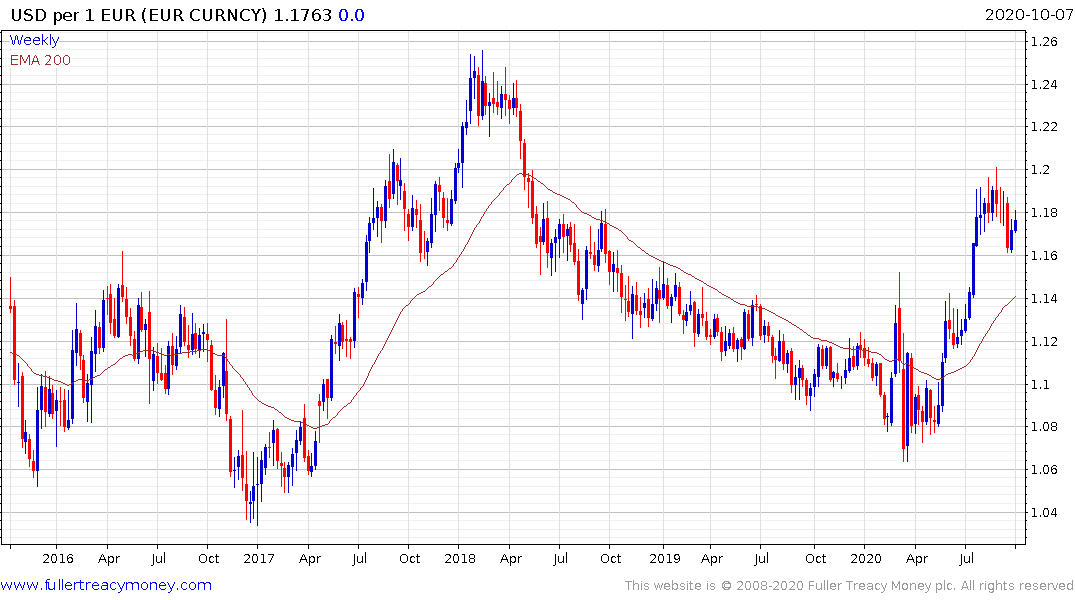 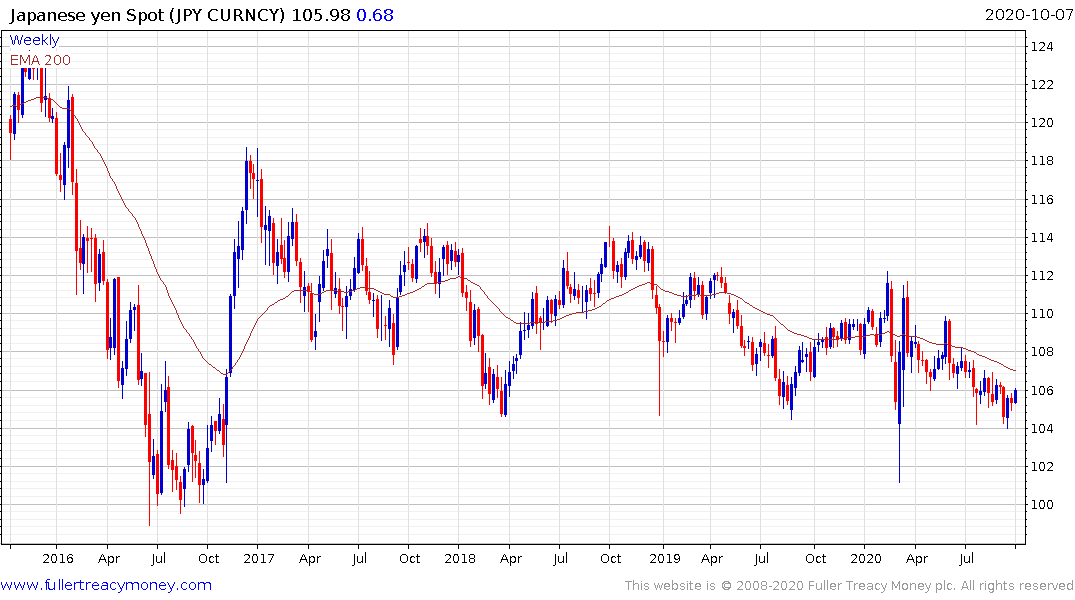 The ECB is alert to the $1.20 area and the Bank of Japan is alert to the ¥104 level. The Chinese Renminbi has trended higher over the last six months and that has had a knock-on effect for the wide Asian region. 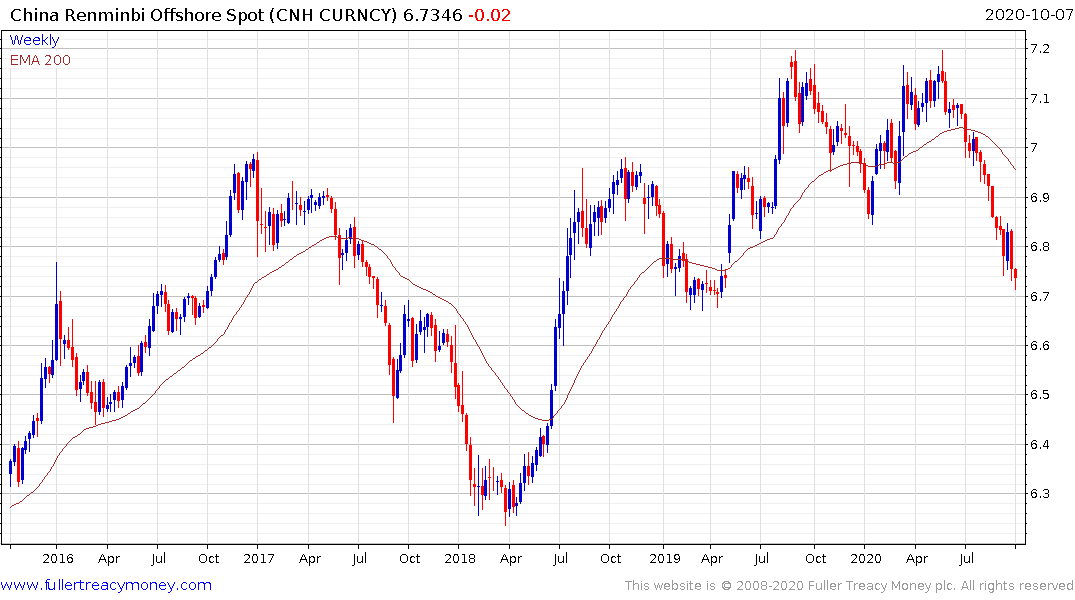 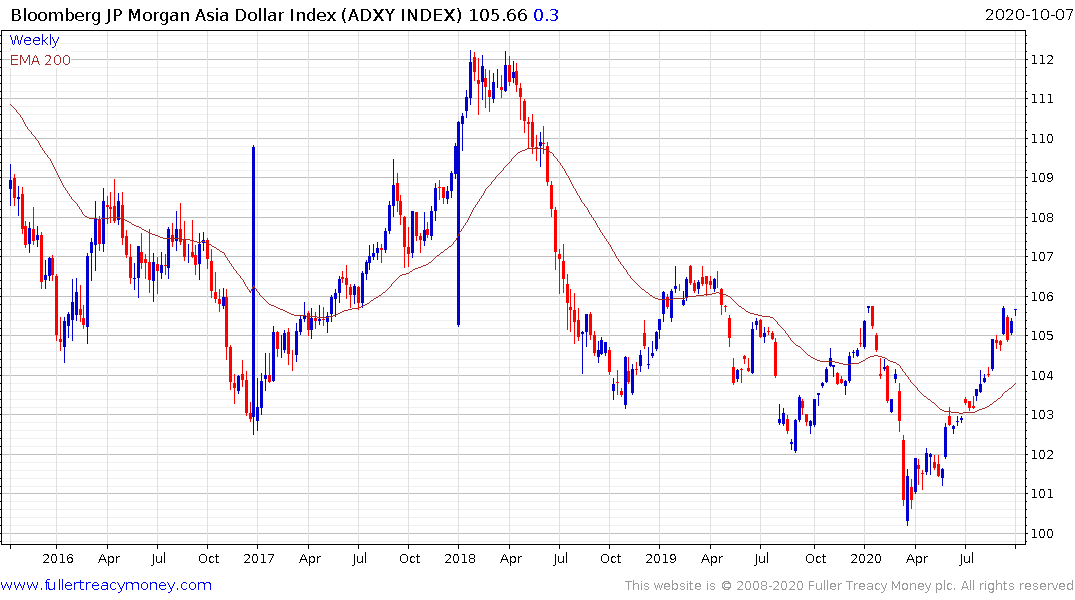 The Asia Dollar Index is now testing its medium-term downtrend. Once this break of trend occurs, the potential for investors to revisit emerging markets will increase. Investors have scope to harvest gains from the currency, market and interest rate when the tide of interest towards emerging markets changes.