“This is not a tapering decision, as ECB President Lagarde stressed,” Elga Bartsch, head of macro research at the BlackRock Investment Institute, said in an emailed comment. “Asset purchases look here to stay as the new policy framework paves the way for looser for longer monetary policy in the euro area.”

“To me it is just semantics,” he said. “It is a choice of words. It looks like a taper and smells like a taper, so markets will view it as the start of the taper process.”

With supply-chain disruptions and resurgent virus infections threatening to undermine the recovery and medium-term price pressures likely to remain well below its goal, officials have insisted in recent weeks that the euro-area economy is in a different state than the U.S. and remains reliant on ECB support.

Yet some governors have started to warn publicly that maintaining an ultra-accommodative stance for too long also carries risks. Austria’s Robert Holzmann and Klaas Knot of the Netherlands both told Bloomberg in separate interviews last week that emergency asset purchases should end in March, hinting at heated discussions about the policy path in the months ahead.

The most likely scenario is a long slow taper; potentially beginning in December. That appears to be the plan being laid out by central bankers everywhere with a similar statement released about Australia’s ongoing taper earlier this week.

They don’t have much choice. We are 18 months on from the pandemic nadir in markets and economies are well on the road to a full recovery. As economies recover, they have to think about tailoring their assistance. However, we are still a long way from the first interest rate hikes.

I have a lot of sympathy with the view that markets are more interest rate sensitive today than they were in the past but, even so, this slow pace of normalisation is a recipe for continued upside in asset prices. It will not always be as persistent as it has been over the last 10 months but clear evidence of tightening, coupled with top formation characteristics would be required to question that view. 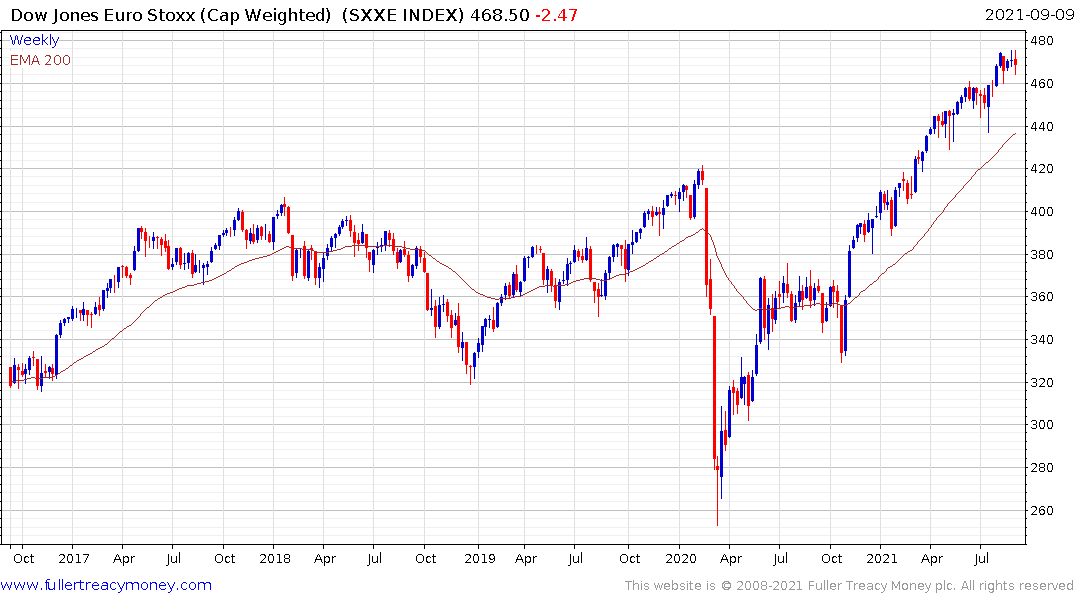 The Euro STOXX Index remains in a consistent uptrend with a series of ranges mostly one above another. A sustained move below the trend mean will be required to question the persistence of the medium-term trend. 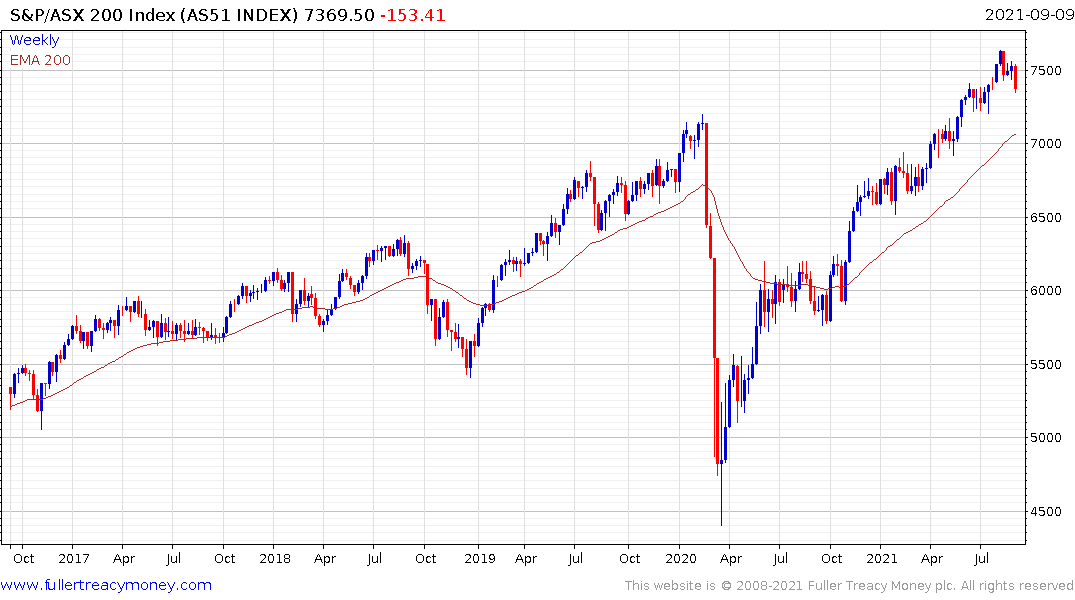 Australian’s S&P/ASX 200 Index pulled back sharply today and is now testing the upper side of its underlying trading range. This represents the first area of potential support and the 7250 area needs to hold if the trend is to remain consistent.