While “legacy” risks from the global financial crisis persist for both banks and sovereigns, new threats are emerging from “a continued global search for yield, which has left the financial system more vulnerable to an abrupt reversal of risk premia,” the ECB said in its semi-annual Financial Stability Review published today. Even so, “financial stress indicators have remained low and stable” over the past half year, it said.

Central banks across the world have kept interest rates at record lows to rekindle growth after the financial crisis, depressing bond yields and leaving investors searching for more attractive assets. At the same time, regulators have tightened rules and the ECB is conducting a bank balance-sheet assessment to identify weaknesses before assuming supervisory powers in November.

Euro-area countries have attracted capital from emerging markets, with U.S. exchange-traded funds recording net inflows to Spain of more than 1.3 billion euros ($1.8 billion) since the beginning of the year.

“Such flows might prove to be fickle, absent prospects of strong absolute returns differentiated by underlying country and bank-specific macroeconomic prospects,” the ECB said.

The desire to capture yield in an ultralow interest rate environment has driven spreads back to where they were before the financial crisis. This momentum creates a sense of security that the situation will persist indefinitely but any change to underlying interest rate expectations would upset the status quo and result in leveraged positions being pressured. 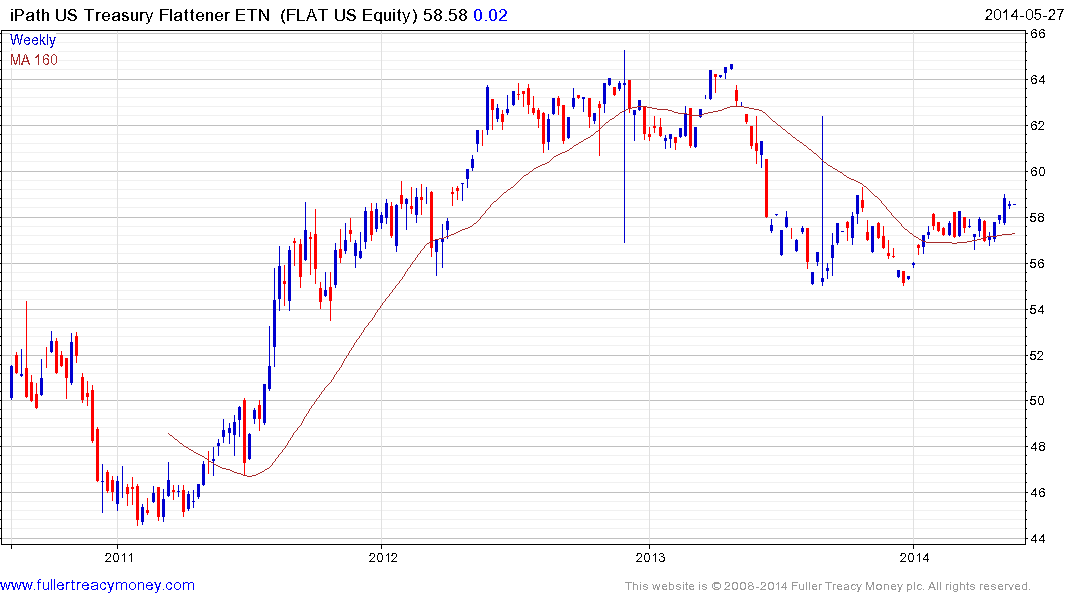 For the time being, the most important factor is that a short covering rally is underway in long-dated issues. This is at least partly driven by the fact that institutions can ill afford to sit on the side lines in anticipation of higher yields. This trend is resulting in a flattening of the yield curve. The iPath US Treasury Flattener continues to extend the breakout from its almost yearlong base and a clear downward dynamic would be required to question potential for additional upside. 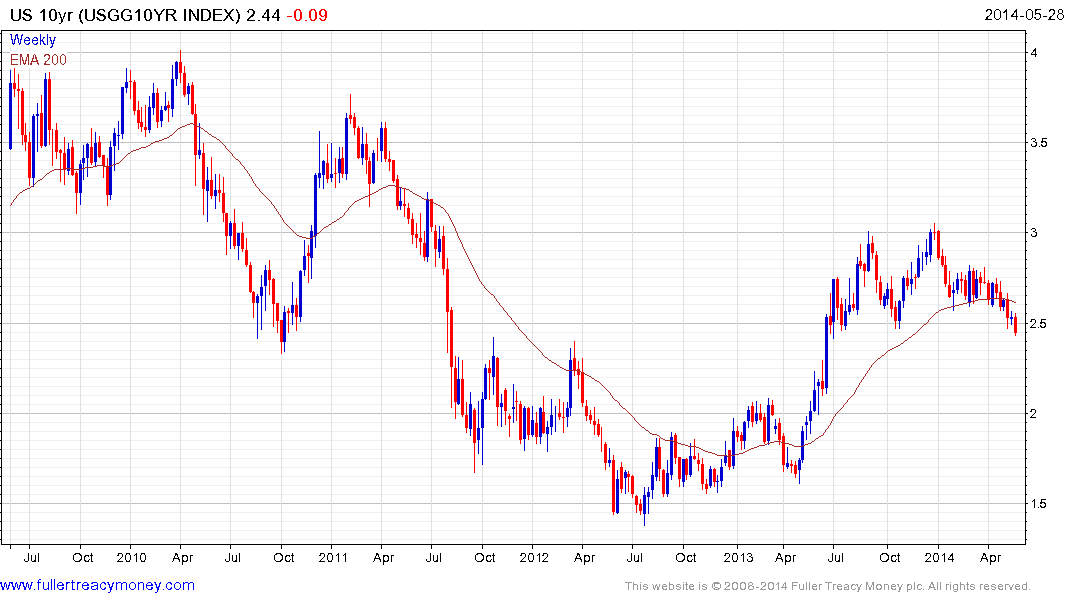 US 10-year yields extended their decline today to a new 12-month low. A clear upward dynamic will be required to check momentum. 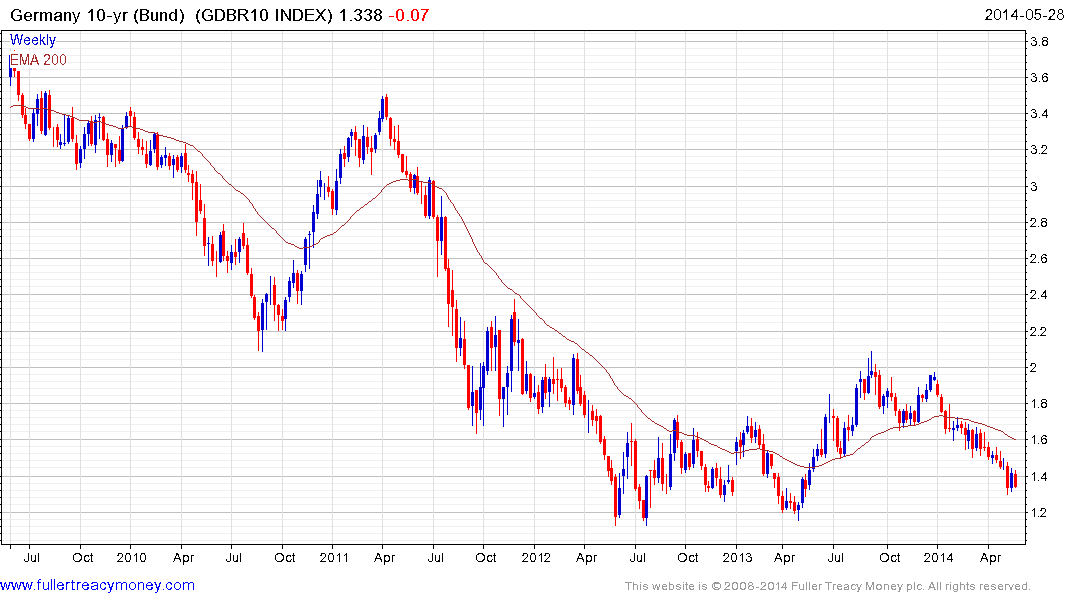 German 10-year Bund yields continue to trend lower and a break in the five-month progression of lower rally highs, currently near 1.45% would be required to question potential to a retest of the 2012-2013 lows near 1.1% 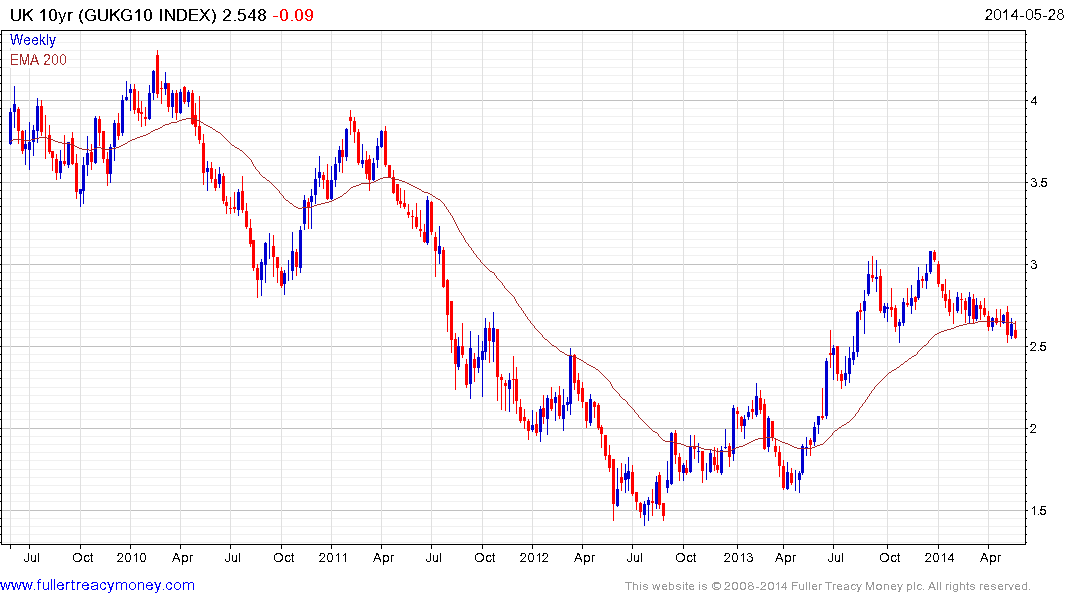 UK 10-year Gilt yields have lagged somewhat but are now testing their October lows and a sustained move above 2.6% will be needed to question potential for some additional contraction.