The European Central Bank favors requiring banks to show their capital won?¡¥t fall below 6 percent of their assets when it puts them through a simulated recession later this year, said two euro-area officials with knowledge of the matter.

A majority of policy makers and technical officials have reached consensus on the benchmark for the ECB?¡¥s stress test, the people said, asking not to be identified as the deliberations aren¡¯t public. The threshold must still be agreed on with the European Banking Authority that coordinates the exams, and a small number of countries wanting an easier benchmark may press for a compromise lower than 6 percent, one of the people said.

Bank stress tests have been conducted at reasonably regular intervals over the last few years and across jurisdictions. A common characteristic is that the vast majority of institutions tend to pass. After all, central banks have a vested interest in ensuring that capital requirements do not cripple a still fragile sector which would necessitate even greater monetary accommodation to repair. Therefore when the floor for capital requirements during the stress test is set, we can conclude that this is the level where the vast majority of banks would pass the test. 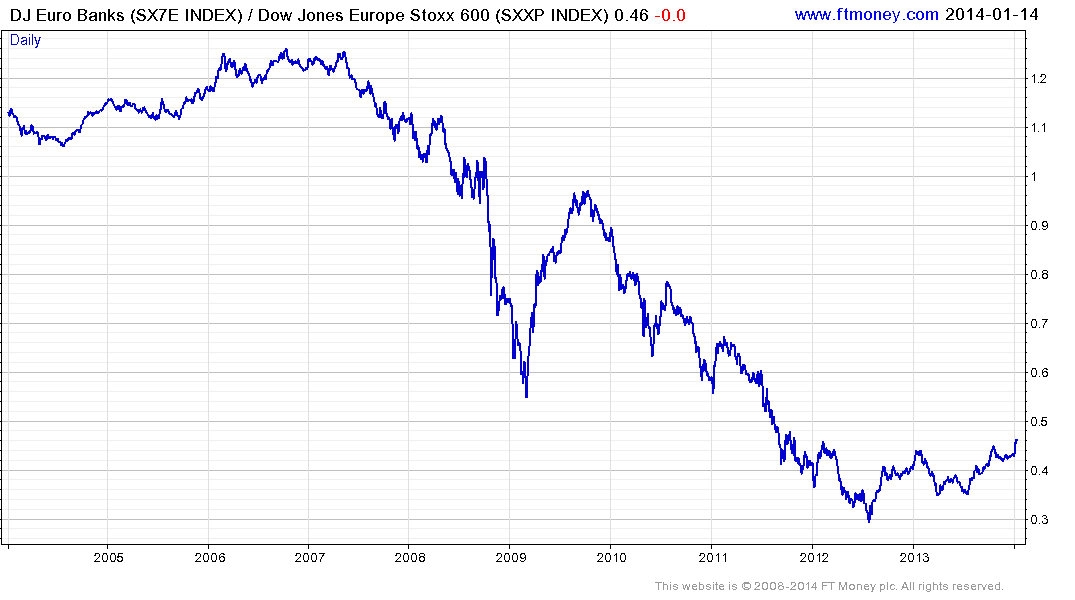 The Dow Jones Euro STOXX Banks Index is currently breaking out an 18-month base relative to the Dow Jones Europe STOXX 600 Index suggesting investors are not worried about the results of ECB stress tests. Considering how much the sector fell and how negative perceptions of the Eurozone?¡¥s growth potential have been, the outperformance of the banking sector is a significant development and supports the Eurozone recovery hypothesis. 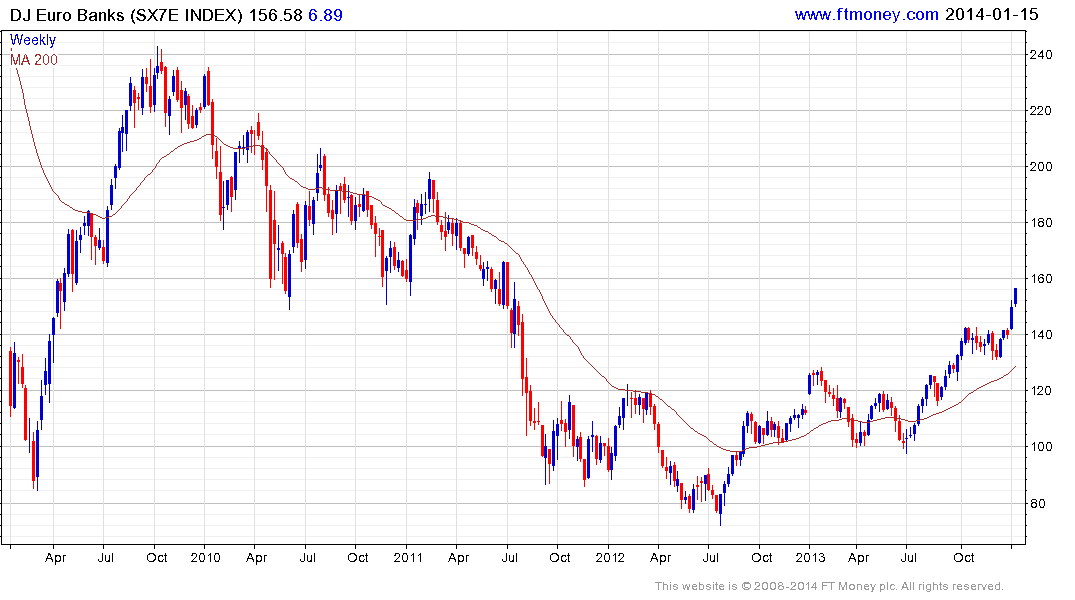 In absolute terms, the Dow Jones Euro STOXX Banks Index continues to extend its recent advance and while it is becoming increasingly overbought in the very short term, a sustained move below 130 would be required to begin to question medium-term upside potential.