Mario Draghi said he sees a “relatively vigorous” pickup in underlying euro-area inflation, signaling
that the European Central Bank is well on track to raise interest rates late next year.

In testimony to the European Parliament, the ECB president said while headline consumer-price growth will only average around 1.7 percent a year through 2020, still below the goal of just under 2 percent, that stable outlook “conceals a slowing contribution from the non-core components” such as energy and
food prices.

“Underlying inflation is expected to increase further over the coming months as the tightening labor market is pushing up wage growth,” he said in Brussels on Monday. “Domestic price pressures are strengthening and broadening.”

The euro jumped half a cent on the remark, reaching the highest level since June. It traded at $1.1800 at 3:16 p.m. Frankfurt time. Bunds extended losses and the Stoxx 600 index fell to a session low.

The ECB will end its bond-buying program in December and expects to keep interest rates at record lows at least through the summer of 2019. Policy makers have acknowledged market expectations for a hike around the final quarter of next year.

The ECB has taken on a lot of additional responsibilities since the credit crisis but its one core mandate is to target an inflation rate close to 2%. With inflation rising and the ECB’s quantitative easing program ending the big question is whether the European economy will be able to grow quick enough to absorb inflationary pressures or whether stagflation is more likely? 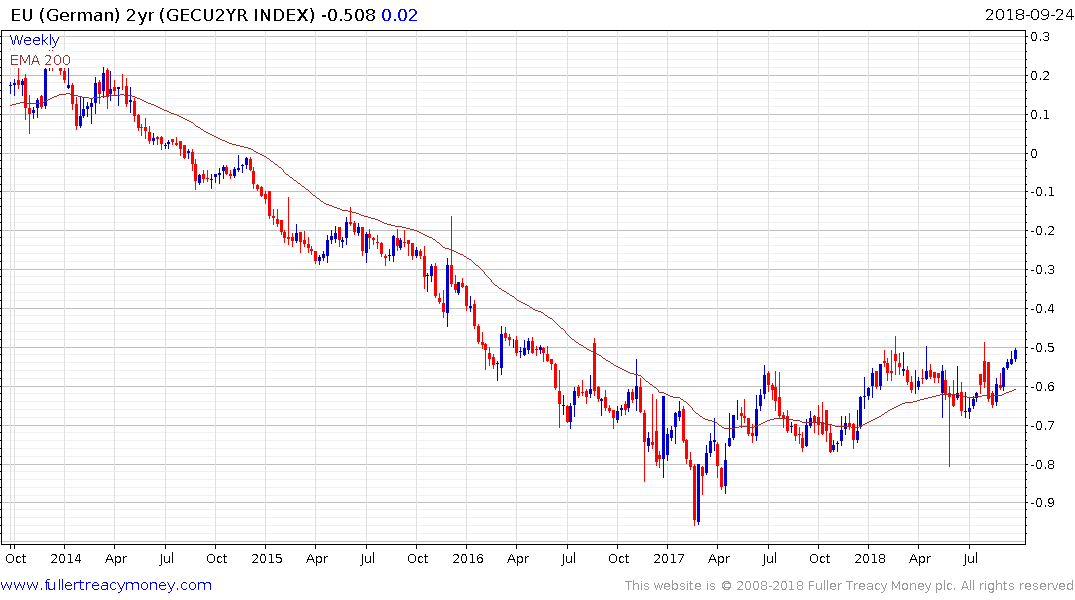 Holders of the trillions of euro in bonds with negative yields have to be nervous with inflationary pressures rising. German 2-year yields are back testing the upper side of this year’s range near -0.5% and a clear downward dynamic would be required to question potential for additional upside. 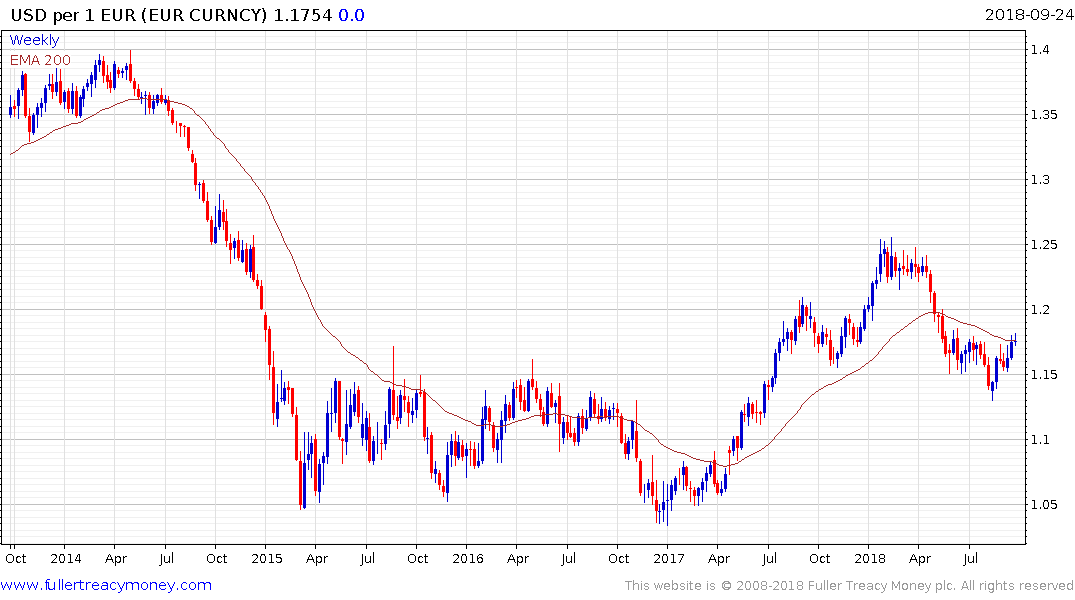 Meanwhile the prospect of European recovery is predicated on the continued success of the export sector and a strong Euro does it no favours. Despite many reports last week on the demise of the Dollar it is still a little presumptuous to make that call.  The Euro is testing the upper side of its range and while it has broken the progression of lower rally highs against the Dollar, it needs to sustain a move above the trend mean to truly confirm a change of trend. 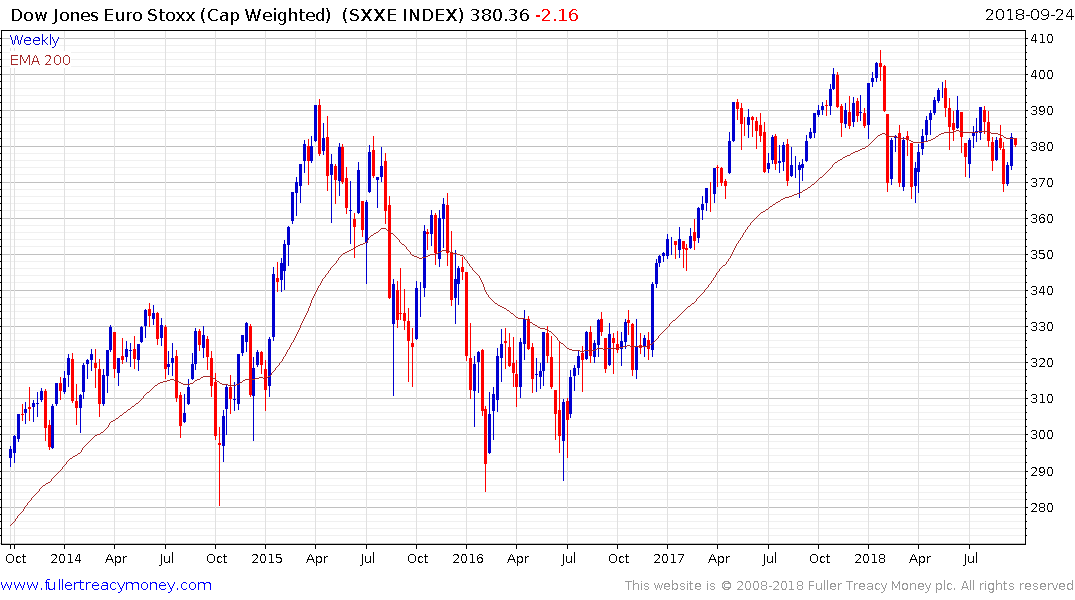 The Euro STOXX is short-term overbought and needs to sustain a move above 385 to signal a return to demand dominance beyond steadying.