While Lagarde also unveiled forecasts that showed faster growth and inflation both this year and next, she insisted that price pressures in the economy “remain subdued.”

The ECB’s continued emergency easing is likely to presage a similar move by the Federal Reserve next week not to start winding down stimulus, in a two-pronged policy push to ensure recoveries from the pandemic can be assured.

ECB purchases have been conducted at a pace of roughly 19 billion euros a week since March, up from 14 billion euros earlier in the year. Thursday’s decision suggests they are likely to continue at or close to that higher clip until the recovery firms. Most economists don’t expect a reduction until September.

Amid all the talk of tapering over the last couple of weeks, there has been no mention of how deleterious higher yields are to government finances. We have already seen meaningful moves higher in yields this year. That has stoked inflationary fears but ultimately, the move was about supply and demand. The US Treasury has been issuing bonds at a quick pace to fund the latest round of stimulus and the bond market has experienced indigestion so bond yields rose.

Additionally, the repo market is functioning normally. It is helping to mop up additional reserves as the Treasury drew down on its massive hoard at the Fed and spent the money. This note from Zoltan Pozsar for Credit Suisse may also be of interest.

There is no way the ECB will taper its assistance before the USA. The Euro is already close to five-year highs. It would accelerate higher if a supply inelasticity argument emerged. The Federal Reserve is unlikely to alter course at the impending meeting next week. To flip flop on policy so soon would send a signal they do not know what they are doing. That is much more dangerous than allowing inflation to overshoot. 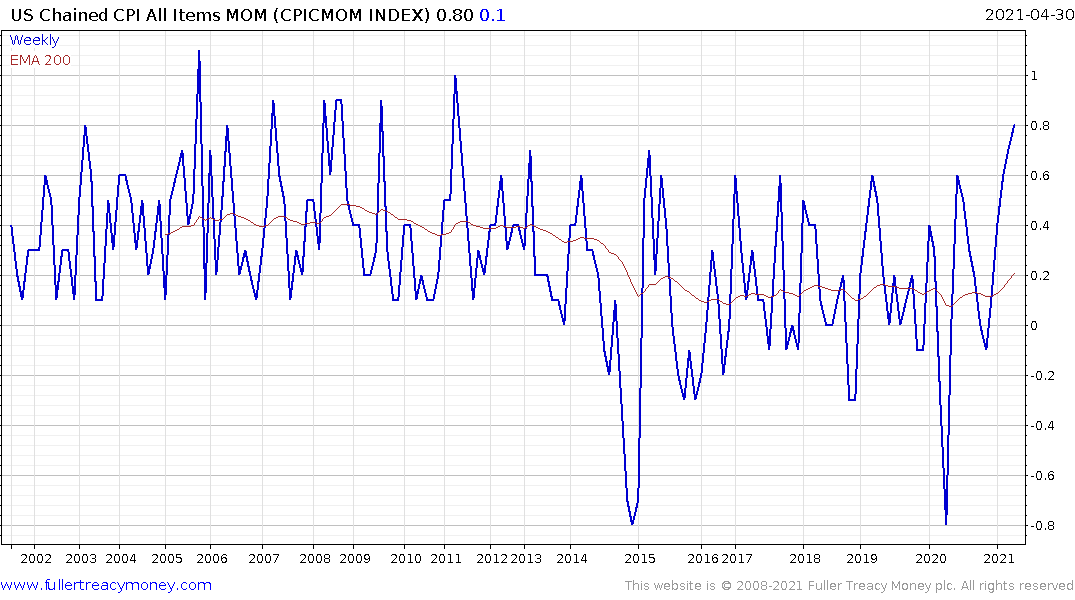 Today’s CPI figure was another example of how year over year comparisons are effectively useless. The highest figure since 2008 means nothing when last’s year’s figure was the worst on record. The takeaway from the bond market is investors were surprised it was not higher.

Looking for evidence of inflation in these kinds of comparisons is fruitless. The rebound in restaurants or lodging costs is likely to be transitory as the market evens out over the next 12 months and revenge spending on experiences peters out. 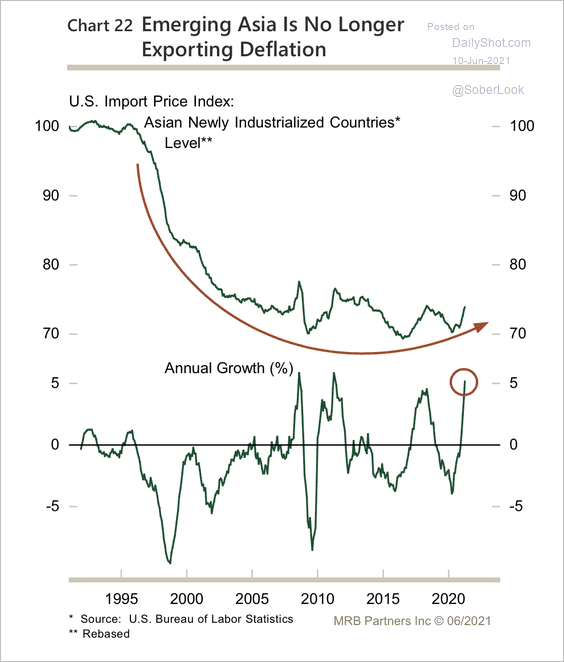 The biggest points to monitor are import price increases, wage demand growth outside of the low wage sector and continued strong demand for commodities. Even if all we see is a repeat of the post 2008 surge in commodities, that suggests a three-year outsized uptrend at least.