ECB President Mario Draghi appeared to set a low bar for action on Tuesday when he said additional stimulus will be needed “in the absence of any improvement” to the outlook for growth and inflation. He specifically cited rate reductions as an option, sending the euro lower and prompting money markets to price in a 10 basis-point cut by December.

Investors subsequently brought forward their expectations to September after Bloomberg’s report. Commerzbank now predicts such a policy step in July.

“Draghi is going to finish his tenure with a cut,” said Claus Vistesen, chief euro-zone economist at Pantheon Macroeconomics. “The door is now open and I don’t see how they can not walk through it.”

There is a first principles question that governments have no appetite to grasp. “How do you recover from a debt bust?” We know what the answers are. You default, recapitalise and try not to make the same mistake again. The problem in Europe is the creditors are Northern European pension funds and the debtors were peripheral banks, who have had much of their debt absorbed by their respective governments. The prospect of debt forgiveness, therefore, has massive issues of moral hazard and was untenable politically, even though it remains necessary if the debt mountains are to be dealt with and growth prospects renewed.

Fiscal austerity was the bridge to get from political untenability to debt forgiveness because it would tackle the moral hazard argument. Greece has got some debt forgiveness, in return for fiscal austerity and is promised more if it follows through with its program. Mario Draghi chastised EU governments today for the slow pace of developing pan Eurozone mechanisms to deal with future problems but that is a sign of just how crisis-focused the institutional framework still is. With little chance of appetite for debt forgiveness appearing any time soon, the ECB has little choice but to explore additional extraordinary measures to support growth.

The ECB already has negative deposit rates but taking the interest rate below 0% would be another major departure from conventional norms. Negative interest rates should delight speculators because they could be paid to borrow Euro, the currency would likely remain weak and they would be free to invest globally for better returns. The Euro is a major currency and access to liquidity would be abundant so the conditions for a large Euro carry trade are becoming apparent. 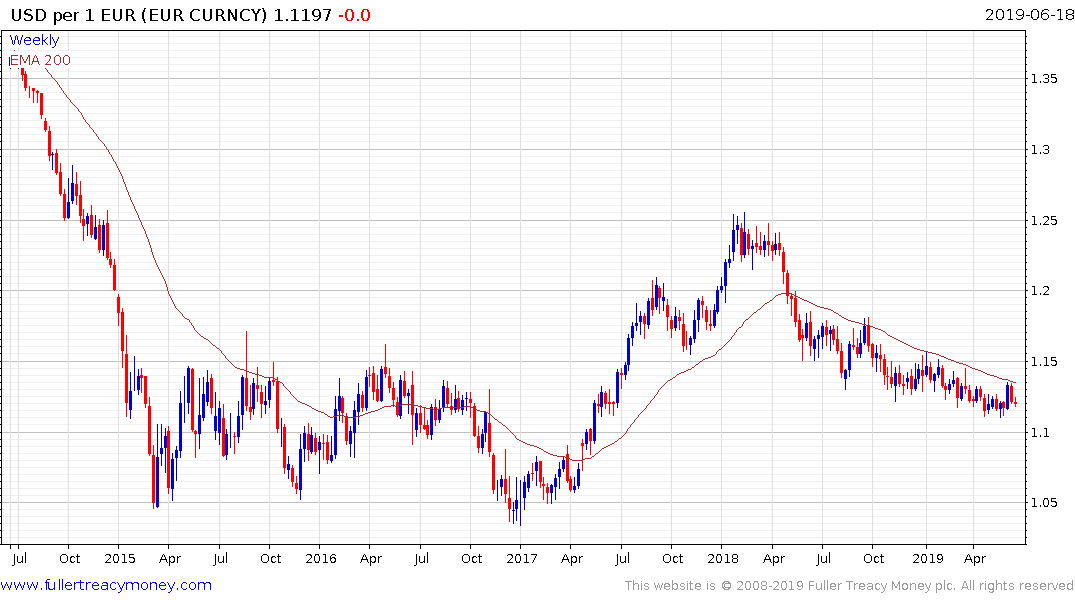 The Euro failed to push above its trend mean last week and continues to extend its retreat. A sustained move above $1.135 would now be required to question medium-term scope for continued downside. 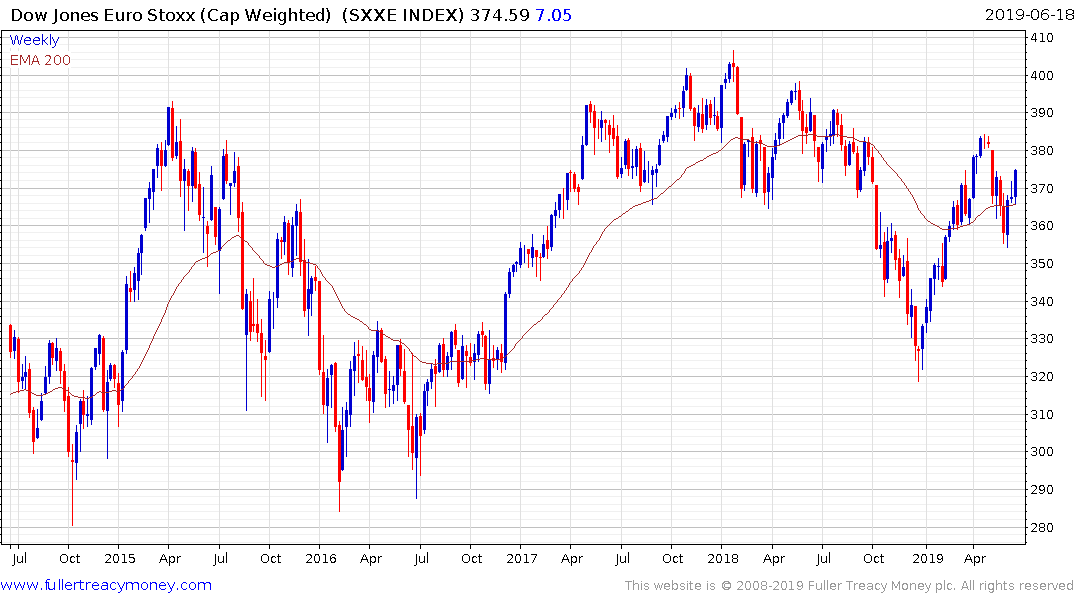 The Euro STOXX Index continues to extend its rebound from the region of the trend mean and was up in a dynamic manner today. 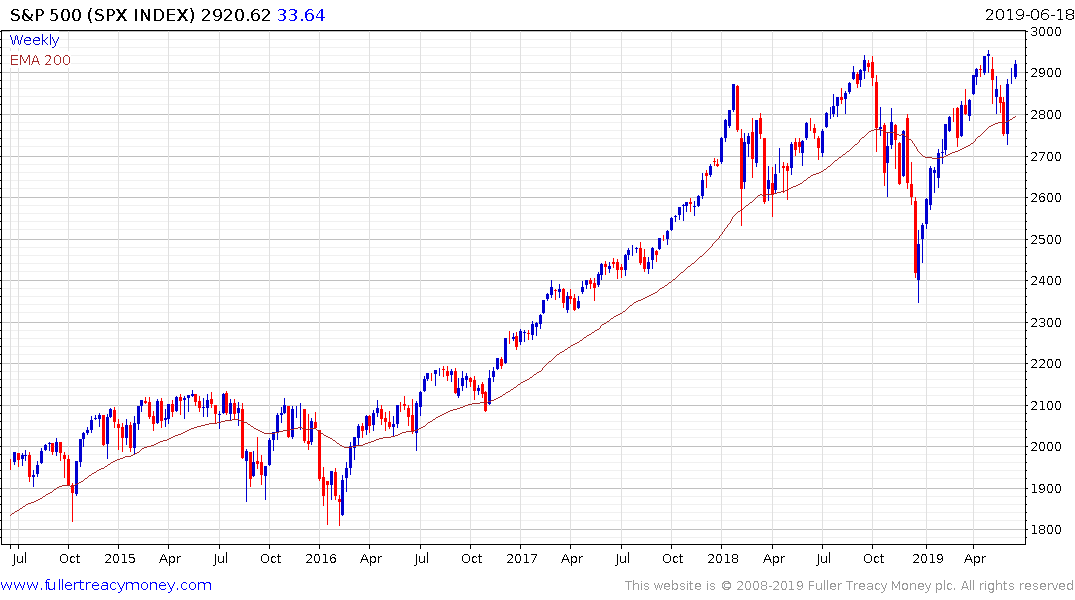 The S&P500 Index continues to follow through on the upside weekly key reversal posted two weeks ago.

There is clear potential that interest rate cuts from both the ECB and Federal Reserve have the capacity to spur additional investor interest to sustain breakouts to new highs.