The European Central Bank took a step closer to injecting fresh stimulus into the weakening euro-area economy as one of its top policy makers said discussions are under way on offering banks new long-term loans.

The comments by Benoit Coeure, the ECB Executive Board member in charge of markets, provided the strongest signal yet that euro-area policy makers are considering another round of funding. He also echoed ECB President Mario Draghi that there must be a monetary policy case for such action.

Central banks around the world are following the Federal Reserve in reining in plans to tighten monetary policy. The ECB itself has already changed its language to warn of downside risks to the outlook, while India’s central bank unexpectedly cut interest rates last week and easing inflation bolstered bets that more reductions could be on the cards.

With the euro-area outlook deteriorating, the ECB is expected to cut its economic growth forecasts at its next meeting in March. That gathering is also at the center of speculation about new loans, known as TLTROS.

With Mario Draghi exiting his position as head of the ECB later this year, a policy hawk is very unlikely to replace him. There is no way the ECB can return to anything approximating normal monetary policy against a background where the banking sector is hobbled by a legacy of Japan-style bad loans which will take years to come to terms with. 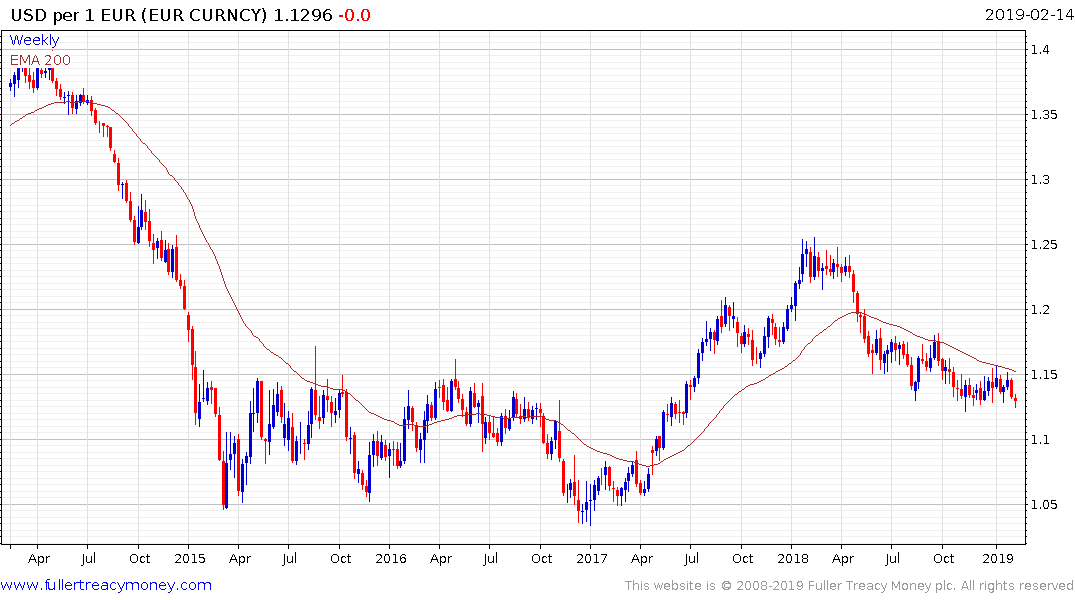 Europe needs a weaker currency than just about everyone else at the moment. The Euro is back testing the lower side of its range against the US Dollar and is somewhat oversold. However, a clear break in the sequence of lower rally highs would be required to question medium-term scope for continued weakness. 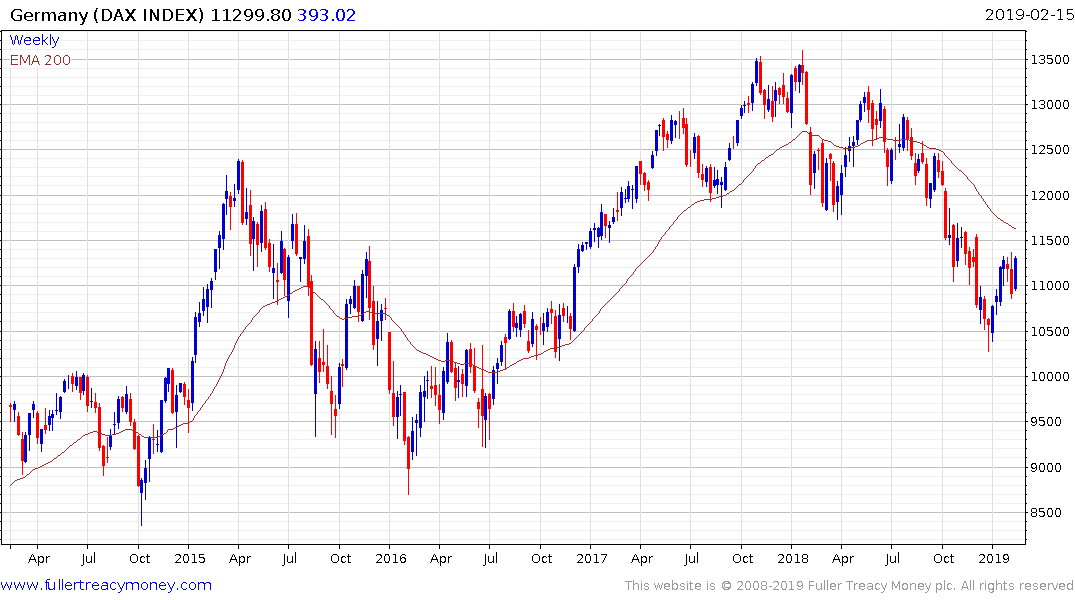 The prospect of additional central bank support and a currency that is not about to become the world’s strongest is a rallying cry for stock market investors and the DAX Index bounced impressively today. It will, however, need to sustain a move above 11.500 to confirm a return to demand dominance beyond short-term steadying.