After more than 20 years, the main Dutch equity benchmark is set to reconquer its record high. The AEX Index gained 0.6% on Tuesday to 702.44, surpassing a peak reached in September 2000 during the dotcom bubble era.

And just like back then, the technology sector has driven the advance. Chip stocks ASM International NV, BE Semiconductor Industries and ASML Holding NV have all more than doubled in price over the past 12 months, in addition to the online payments firm Adyen NV. But the old economy has also helped the index. Steelmaker ArcelorMittal SA is the best-performing stock over the period, as basic material shares climb on the prospect of China’s recovery and its hunger for commodities. The gains in Royal Dutch Shell Plc and ING Groep NV have also been major contributors.

Meanwhile, Amsterdam’s initial public offering market is on track for its best-ever first quarter with $5.7 billion of proceeds after hosting the 2.8 billion-euro ($3.3 billion) listing on InPost SA, according to data compiled by Bloomberg.

Since dislodging London as the continent’s top place to buy and sell shares following Brexit, the Dutch city has emerged as a strong contender as the venue of choice for new listings. Amsterdam has also become the premier destination for SPACs in Europe. The Dutch capital has hosted three of the six blank- check listings in the region over the past year. The latest of the cohort, EFIC1, which is backed by a former chief executive officer of Commerzbank AG Martin Blessing, fell as much as 1.5% in its debut session on Friday after raising 415 million euros.

“The AEX index is definitely a rare combination of good European tech companies with the addition of other top-of-the- class names in their relative industries,” said Alberto Tocchio, a portfolio manager at Kairos Partners, adding that the benchmark gauge is “a bit the Nasdaq of Europe, with the benefit of also having an exposure to some value sectors.”

The Euro’s weakness has been a tailwind for European equities on several occasions over the last decade. That’s equally true at present with the Euro pulling back and the larger European markets breaking on the upside. 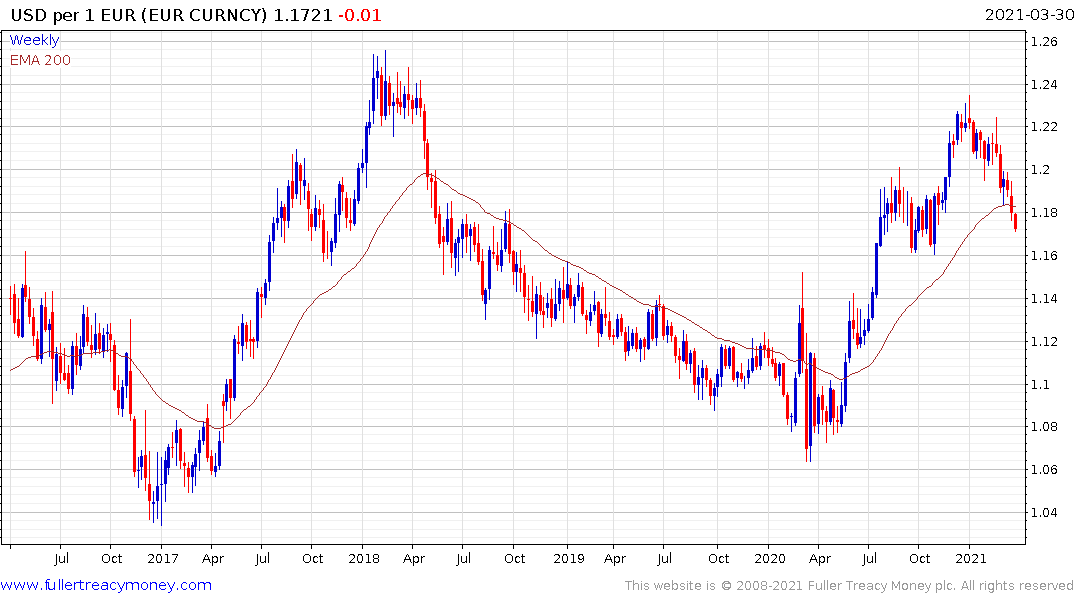 There is a lot of talk about the global shortage of semiconductors. It’s a real issue and was a tailwind for related shares until quite recently. However, most semiconductor stocks have been ranging since early January. That has helped to at least partially unwind short-term overbought conditions. That problem will need to be further amplified for the trend to continue to surprise on the upside. 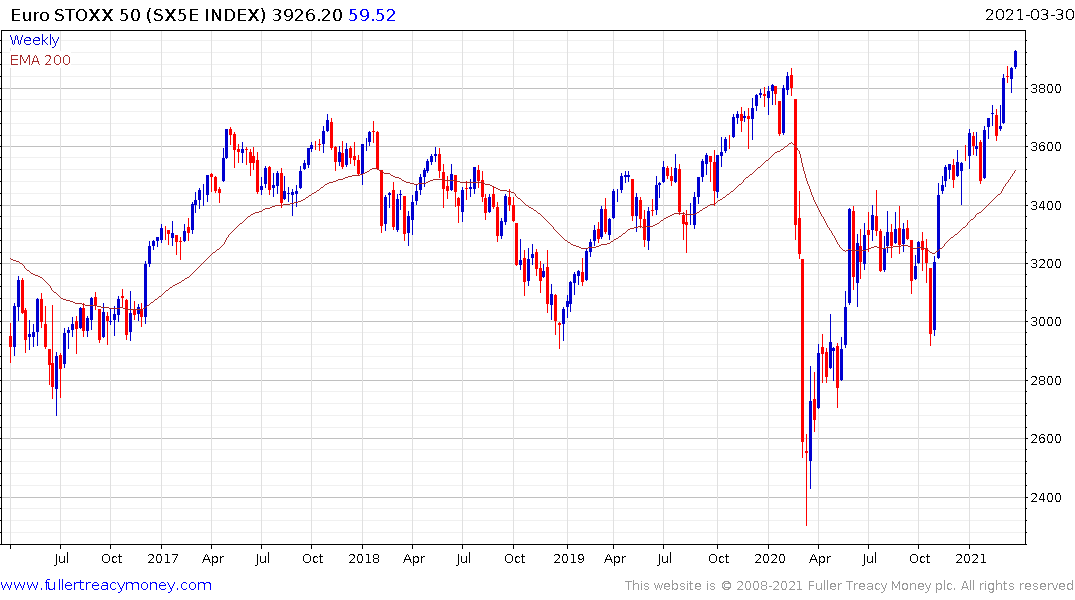 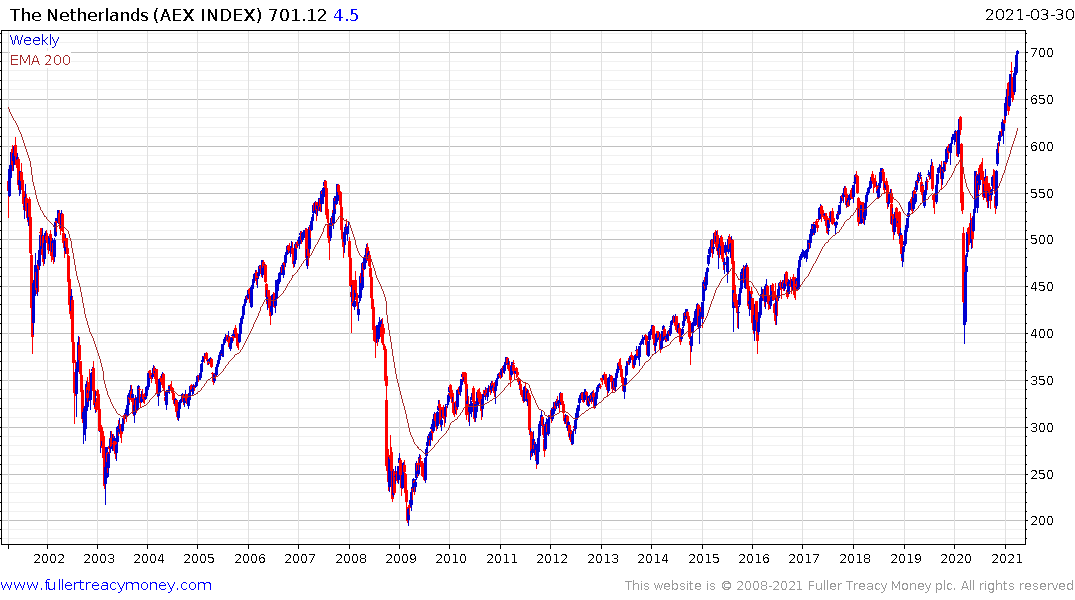 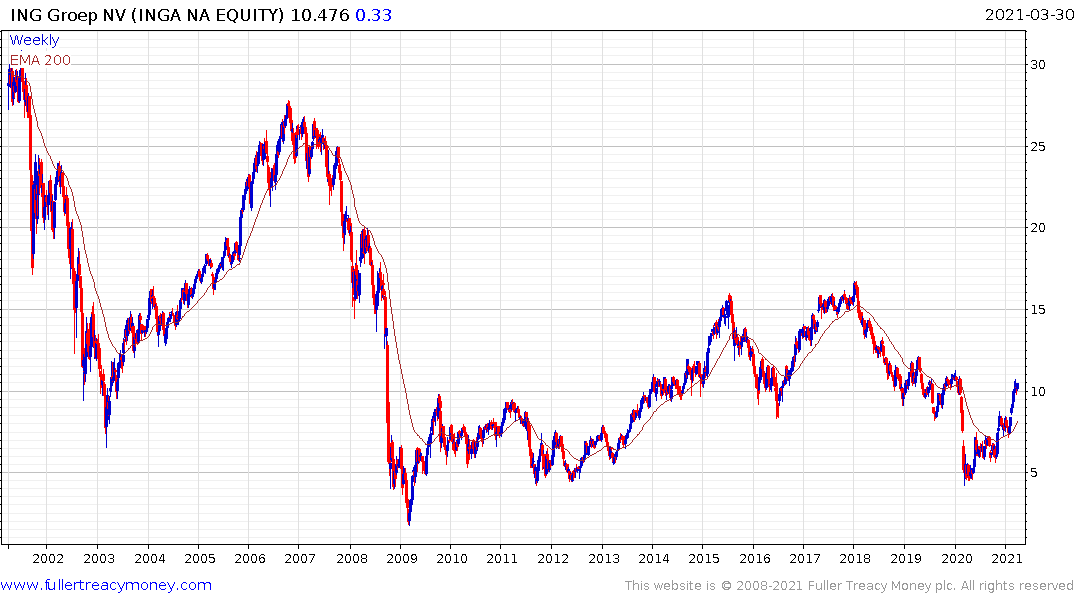 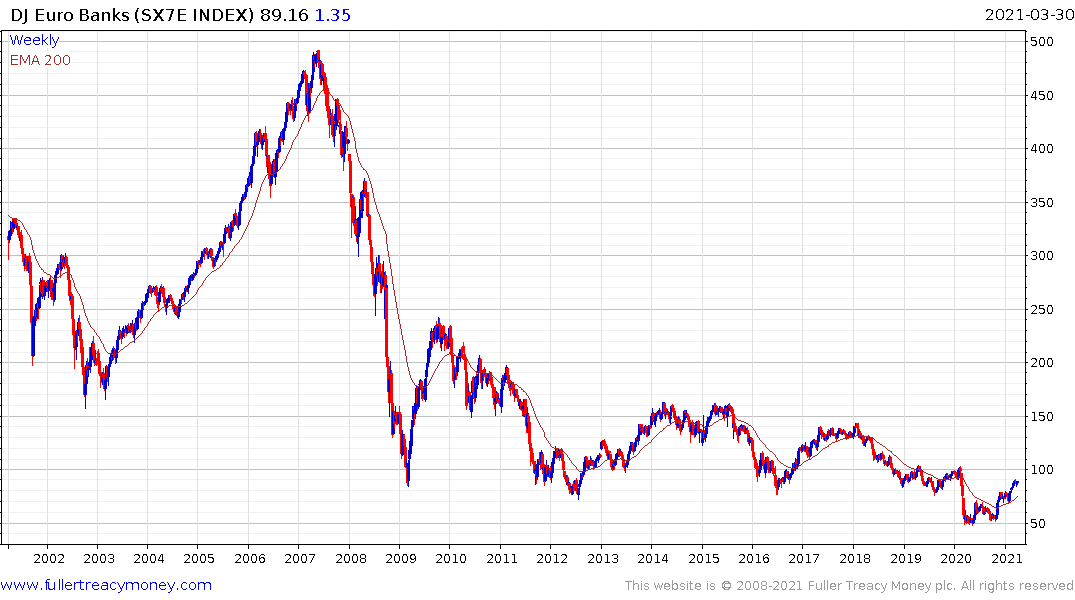 Even with the uncertainty surrounding where Archegos losses reside, the Euro STOXX Banks Index was in positive territory and remains on a recovery trajectory. 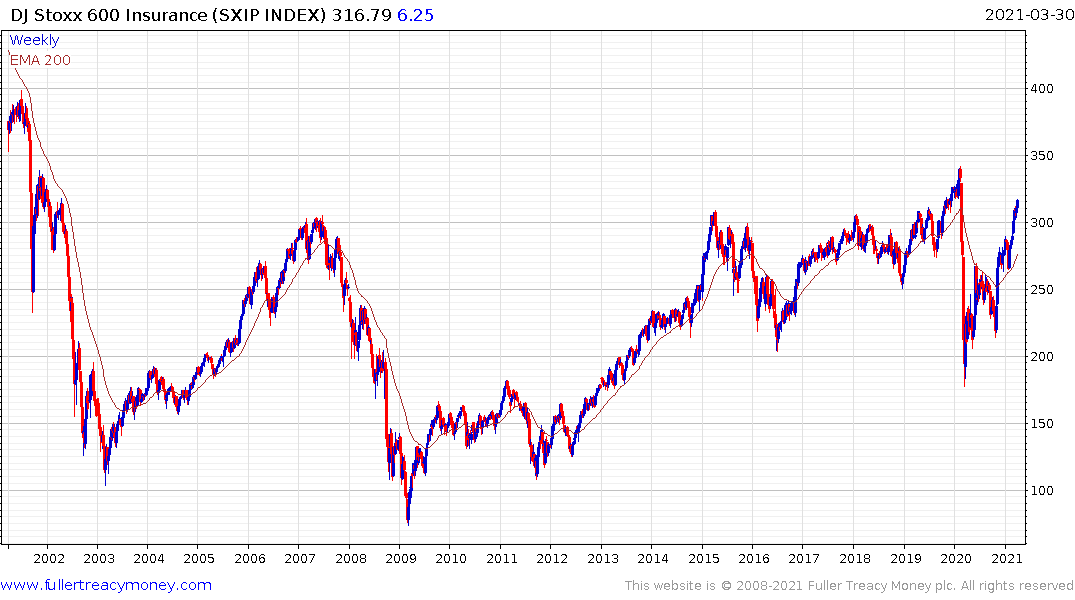 The Europe STOXX Insurance Index is also on a recovery trajectory. 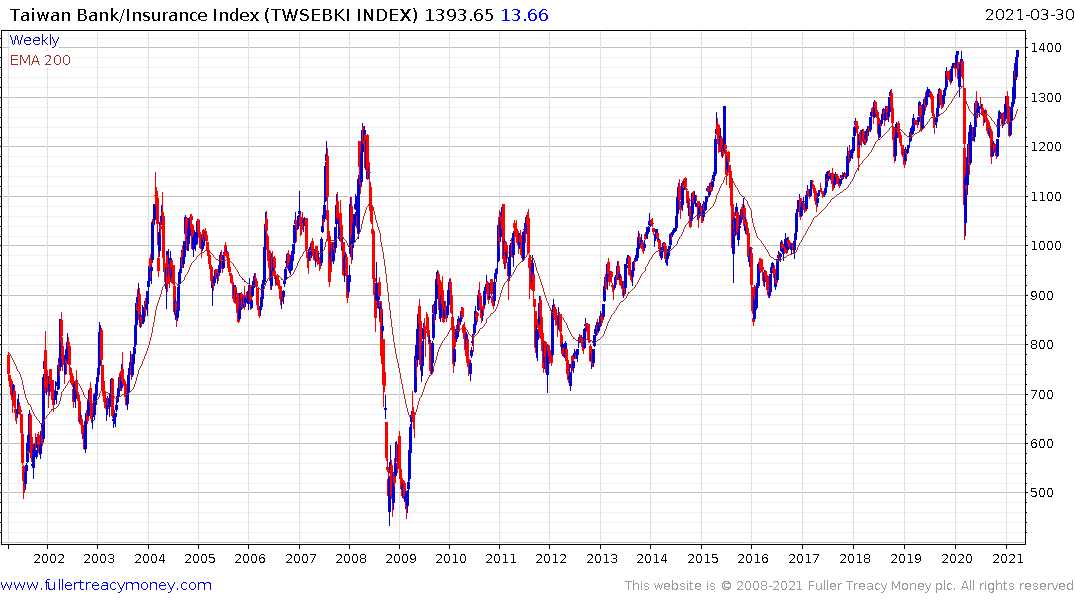 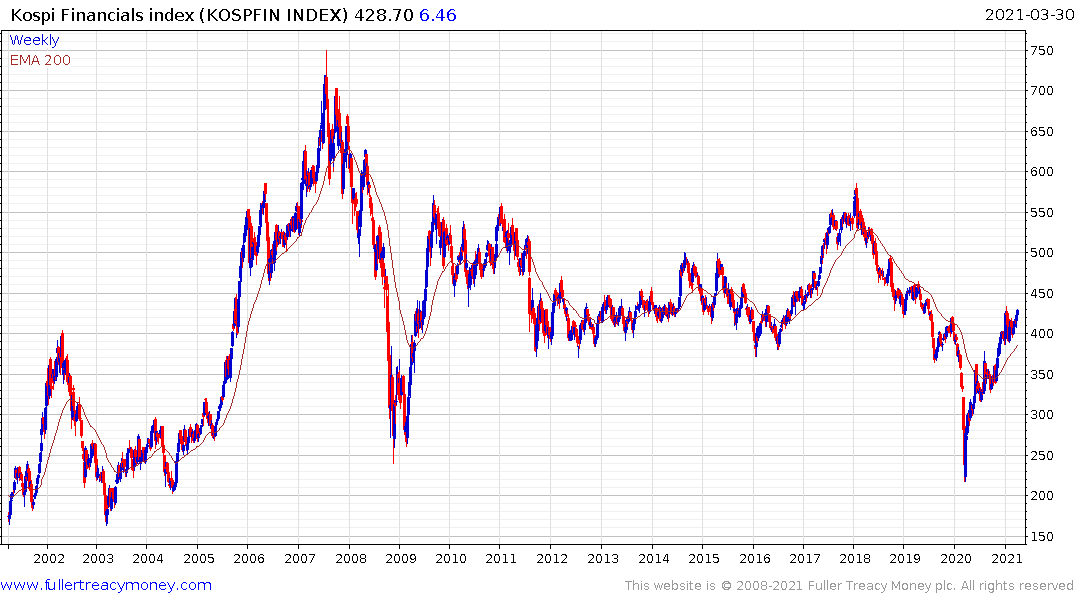 The recovery in bank and financial stocks is a global phenomenon. Both the Korean and Taiwanese banking sectors also broke on the upside today.

The uptrend in yields is favouring the financials and that is likely to persist as long the trend is consistent.