“We will decide in June,” he said in Helsinki. “I won’t go into details. We will take decisions as normal, we will have a forecast, and I think Draghi said it well: ‘We are comfortable.’”

The ECB president’s harder tone follows mounting international pressure to tackle what the International Monetary Fund dubs “lowflation,” a prolonged period of sluggish price increases. The Organization for Economic Cooperation and Development this week echoed the IMF in calling for an interest- rate cut for the euro area.

As well as reducing its main rate, the ECB may push its so- called deposit rate into negative territory, said Marco Valli, chief euro zone economist at UniCredit Global Research in Milan.

?That would leave banks paying to leave cash in the ECB’s coffers overnight, providing them with a reason to lend money to companies and consumers instead.

Mario Draghi has spoken previously about the $1.40 area as a level the ECB considers to be too expensive for the region’s important export sector. Yesterday’s signal that the central bank may act to further increase its monetary accommodation is welcome. The region’s economy is in still in the early stages of recovery and additional stimulus should help bolster asset prices over the medium term. (Also see Comment of the Day on February 27th). 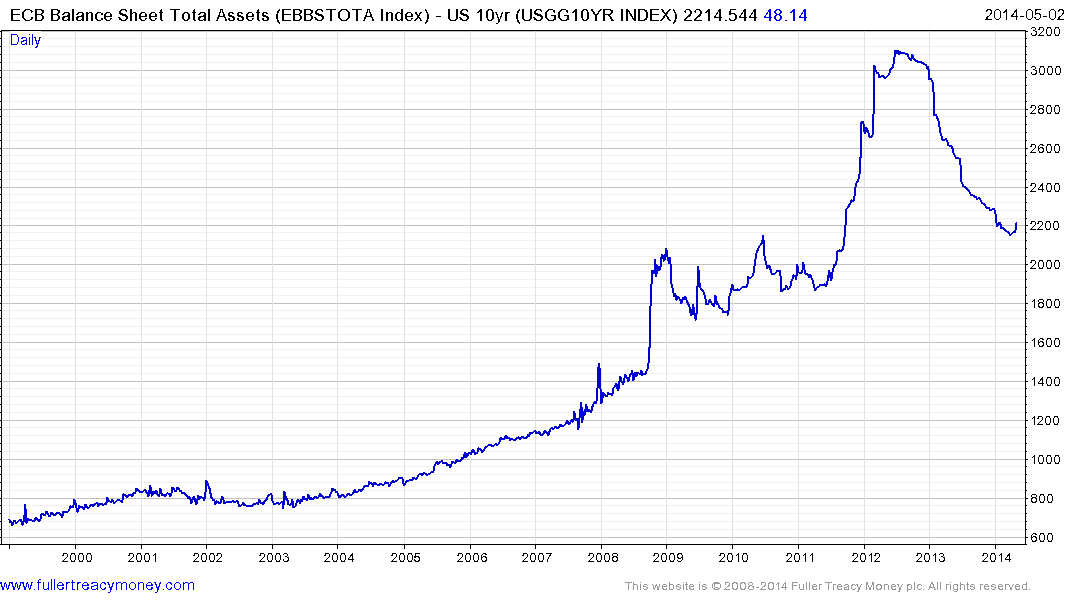 The ECB’s anti-inflationary mandate saw them sanitise the entire 2012 bond buying program. This contributed to the deflation they are now talking about tackling. The central bank’s balance sheet turned upwards this week, possibly suggesting that stimulus may already be underway.

The discipline displayed by the ECB in contracting its balance sheet stands in sharp contrast to the Federal Reserve’s tactics and helps to explain why the Euro has been generally firm over the last year. However, an expansion of the ECB’s balance sheet represents a headwind for the currency. 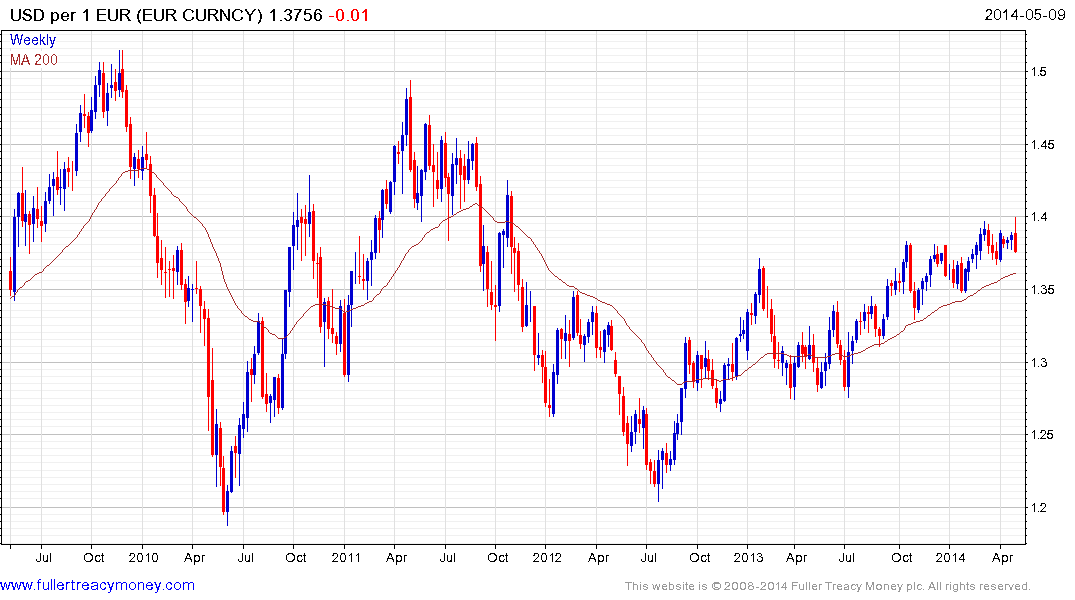 The Euro posted a downside key day reversal yesterday from the $1.40 area and today’s follow through has formed a weekly key reversal. This action suggests that the medium-term progression of incrementally higher reaction lows will be tested. The currency will need to find support in the region of the 200-day MA, currently near $1.36, if medium-term scope for continued higher to lateral ranging is to remain credible.