The central bank’s quest to restore sustainable inflation of just under 2 percent has been complicated by data suggesting that the euro area’s strongest growth in a decade may be faltering. As well as waning industrial output and deteriorating business confidence, the threat of a global trade war is hanging over Europe’s export-oriented economy.

“Incoming information since our meeting in early March points towards some moderation, while remaining consistent with a solid and broad-based expansion of the euro-area economy,” Draghi said. “The underlying strength of the euro area economy continues to support our confidence that inflation will converge towards our inflation aim of below, but close to, 2 percent over the medium term.”

Mario Draghi’s statement “An ample degree of stimulus remains necessary.” is what the market was expecting. The ECB and Bank of Japan remain the primary providers of liquidity to the global economy so when they eventually begin a process of quantitative tightening is likely to be an important catalyst for liquidity fueled uptrends. 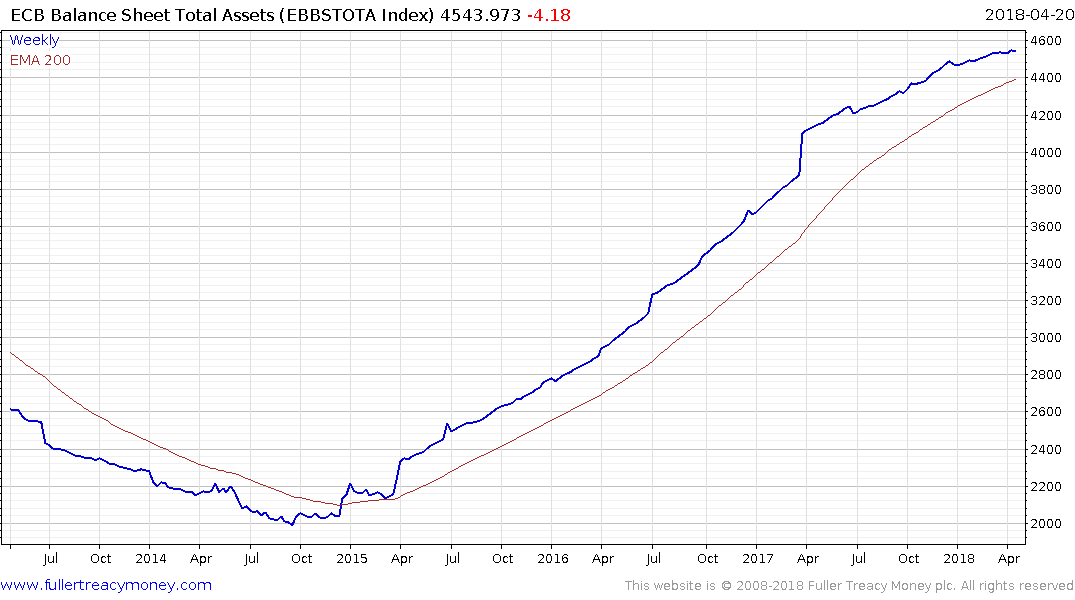 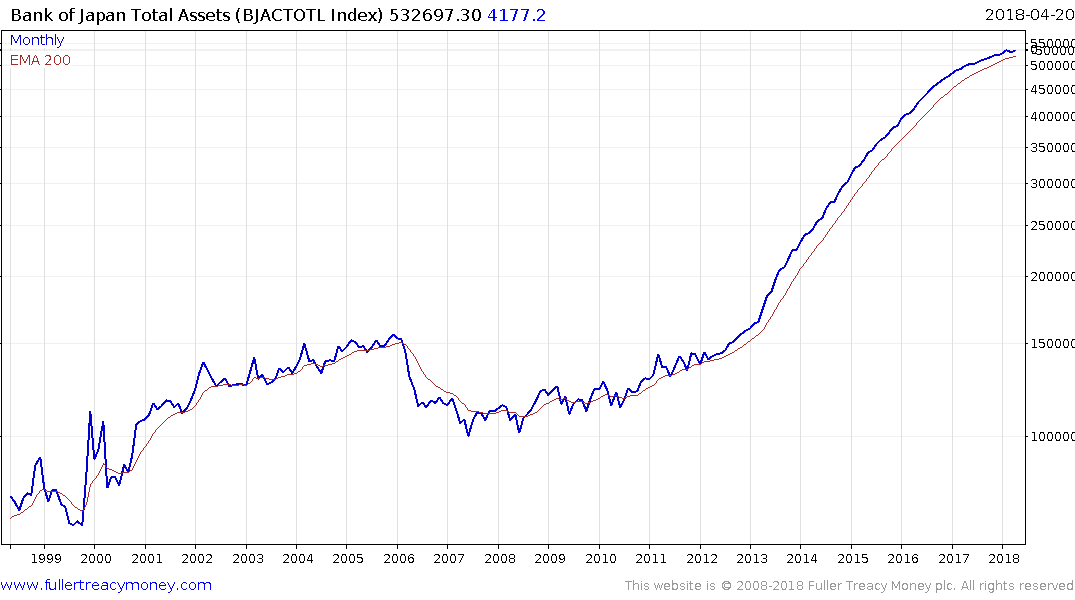 Right now, the ECB’s balance sheet continues to expand, albeit at a moderating pace due to its tapering program. The Bank of Japan’s Kuroda will be speaking tomorrow but is unlikely to change its policy of accommodation. The Bank of Japan’s Balance Sheet also remains on an upward trajectory. 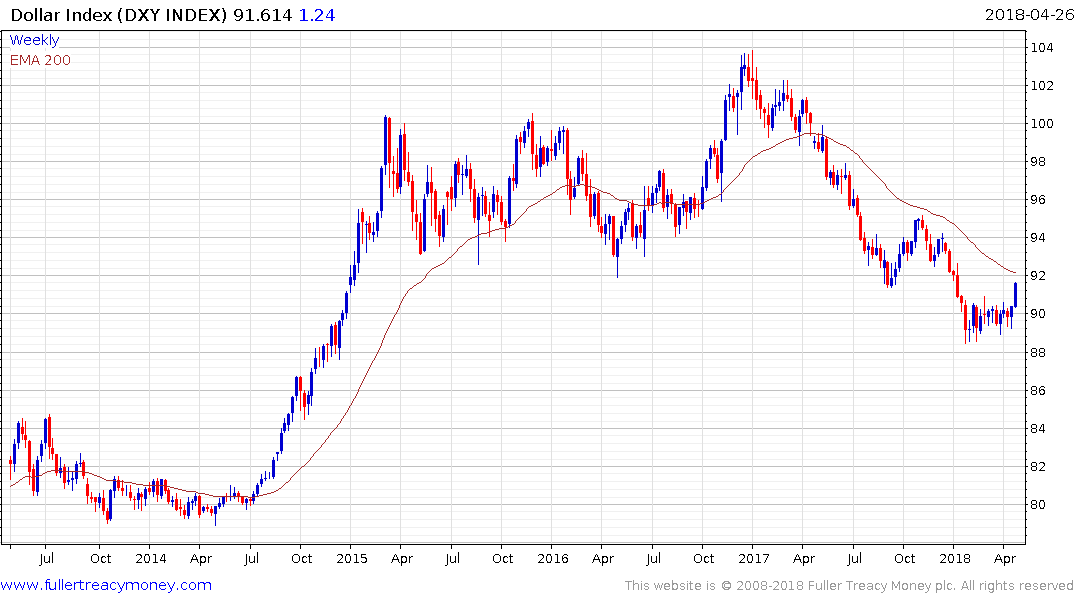 Meanwhile the US Dollar Index is unwinding its short-term oversold condition relative to the trend mean, while a sustained move above it will be required to break the more than yearlong downtrend. 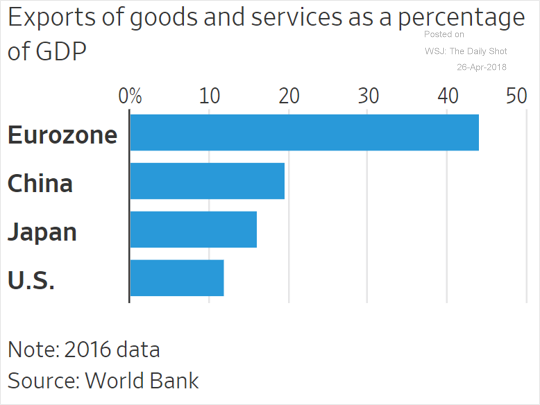 Considering the fact that both Europe and Japan are dependent on exports the relative strength of the Dollar could act as a tailwind for their respective stock markets, at least in nominal terms. 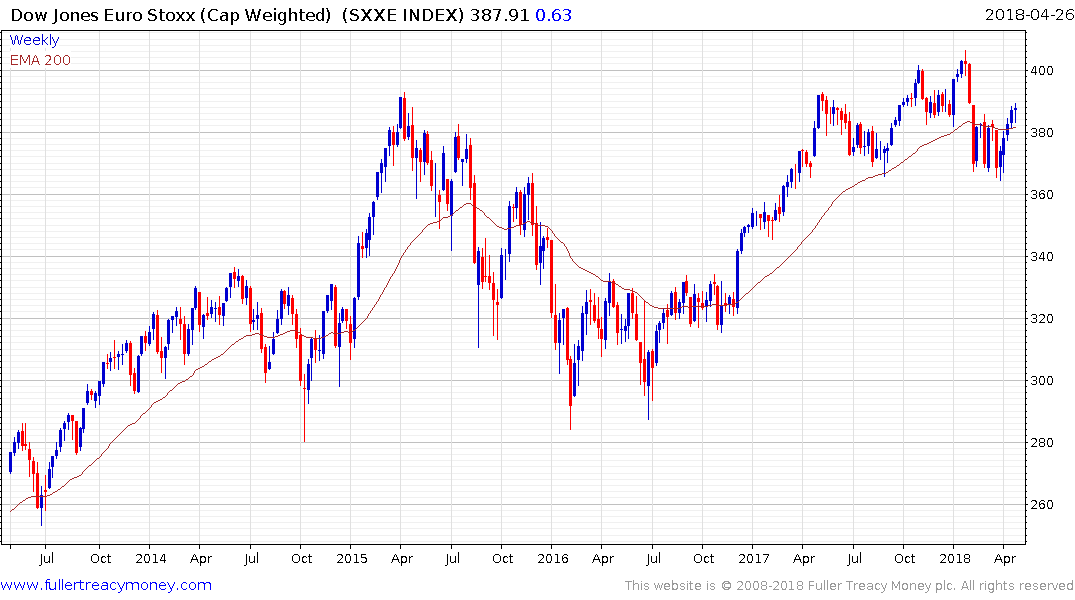 The Euro STOXX Index is trading back above its trend mean and a sustained move below 360 would be required to question medium-term scope for continued higher to lateral ranging. 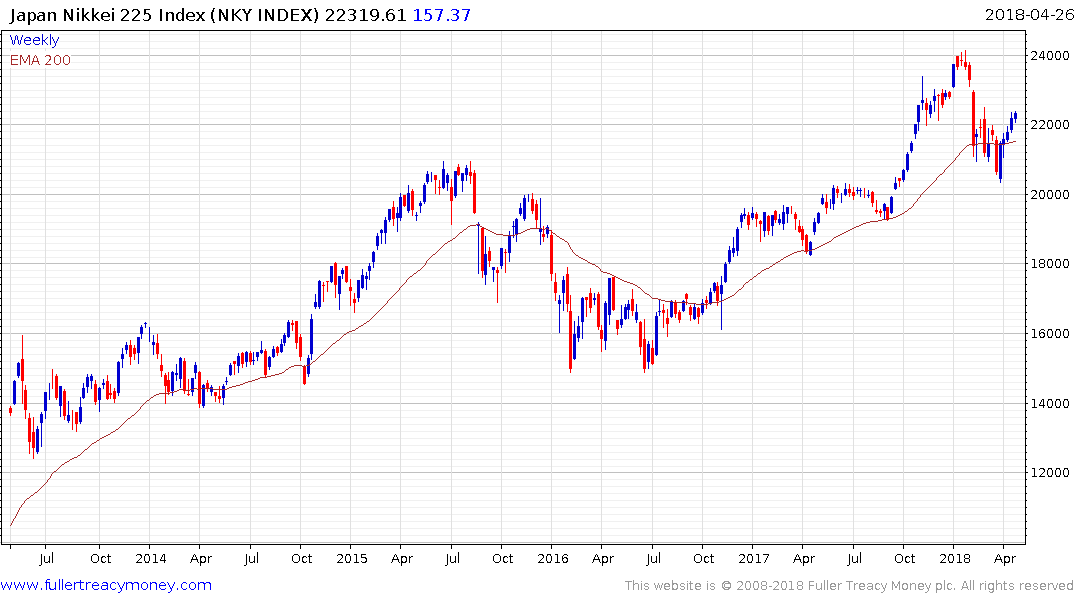 The Nikkei-225 Index has bounced from the 20000 level and a sustained move below it would be required to question recovery potential.