The unprecedented revolt took place during a fractious meeting where Bank of France Governor Francois Villeroy de Galhau joined more traditional hawks including his Dutch colleague Klaas Knot and Bundesbank President Jens Weidmann in pressing against an immediate resumption of bond purchases, the people said. They spoke on condition of anonymity, because such discussions are confidential.

Those three governors alone represent roughly half of the euro region as measured by economic output and population. Other dissenters included, but weren’t limited, to their colleagues from Austria and Estonia, as well as members on the ECB’s Executive Board including Sabine Lautenschlaeger and the markets chief, Benoit Coeure, the officials said.

The competition to influence the replacement of Mario Draghi as head of the ECB is heating up. Verbal opposition to the policies announced today came from a number of the countries who were contenders in the race for the top job. Proving your verbal commitment to monetary prudence is almost a pre-requisite in some countries, regardless of the reality once in office.

Draghi’s parting gift of open-ended QE, even more negative deposit rates and preferential levels for bank’s tier 1 capital means his replacement has plenty of scope to blame him for the monetary policy or extend it because the process is already underway and can’t be stopped. 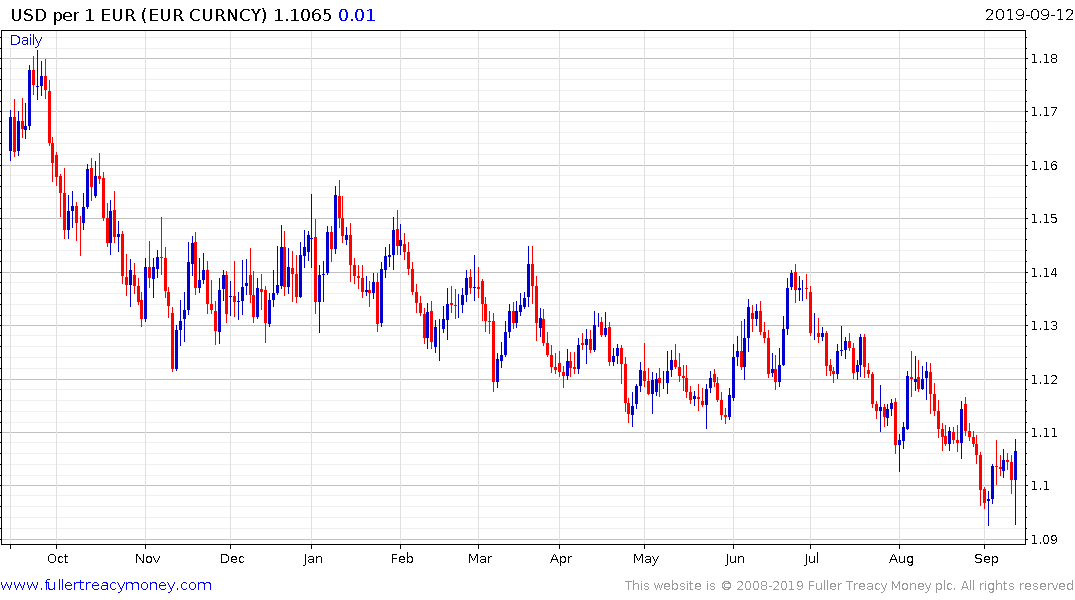 The Euro reversed its initial decline following the announcement and has scope to further unwind the short-term oversold condition relative to the moving average. The potential thawing of trade tensions is probably more of a bullish catalyst for the Euro than the announcement of more easing. Nevertheless, a sustained move above the trend mean will be required to check the medium-term slide. 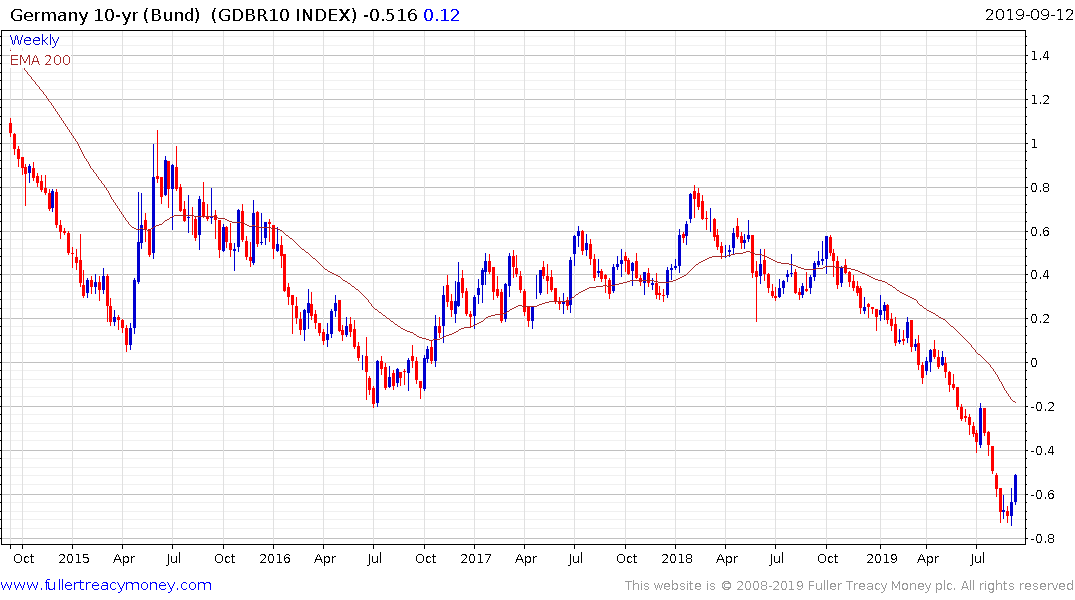 Bund yields continue to rally following the accelerated contraction and at least a reversion towards the mean looks more likely than not. 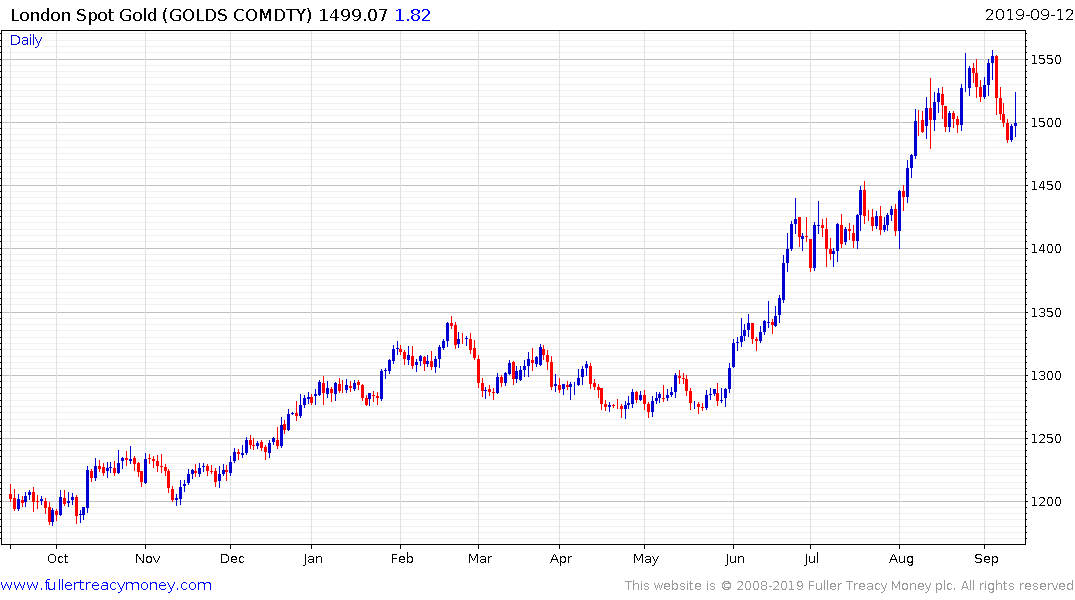 Gold closed unchanged, following an initial rally and remains in a corrective phase as it unwinds the short-term overbought condition.