DoubleLine Round Table 2021 by Eoin Treacy

I enjoyed this series of roundtables last year and this year did not disappoint. The points made are all relevant to the market environment as we see it today. Ther participants expressed a great deal of fear that we are dangerously close to a bubble peak. There is a lot of worry about valuations, social unrest and the effects on the credit worthiness of the corporate bond market, when the Fed is backstopping it. 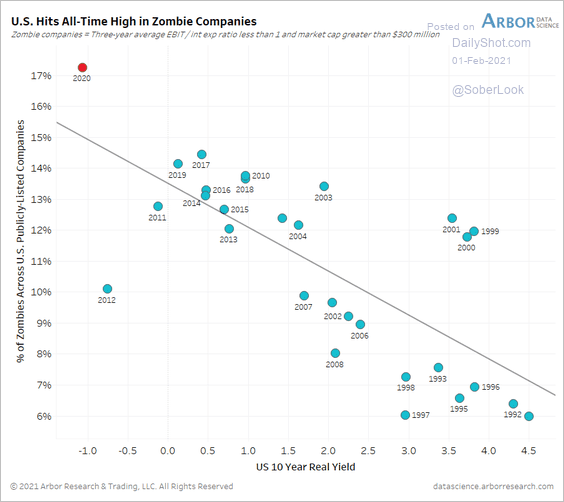 This chart from Arbor Research is particularly illuminating. The number of zombie companies on the S&P500 is approaching 20%. That means a fifth of large companies cannot meet their debt servicing costs from revenues. There are two conclusions to draw from this data. The first is that bubbly markets produce a lot of zombies so it is a contributory factor in identifying bubbly action. The second is the condition is so dire than there is no way the Fed can raise rates until they have some confidence their actions will not cause a crash.

I pay particular attention to Ed Hyman because he focuses on the quantity of money in circulation. He made the relevant point that when the US market peaked in 1929 and 2000 and when Japan peaked in 1989, the P/E was 30 and the bond yield was 5%. We are still shy of those valuations and it could be a very long time before bond yields test 5%.

What that says to me is that we are in the early stages of this bubble. Major bull markets do not end until supply increases in a big way and interest rates rise. 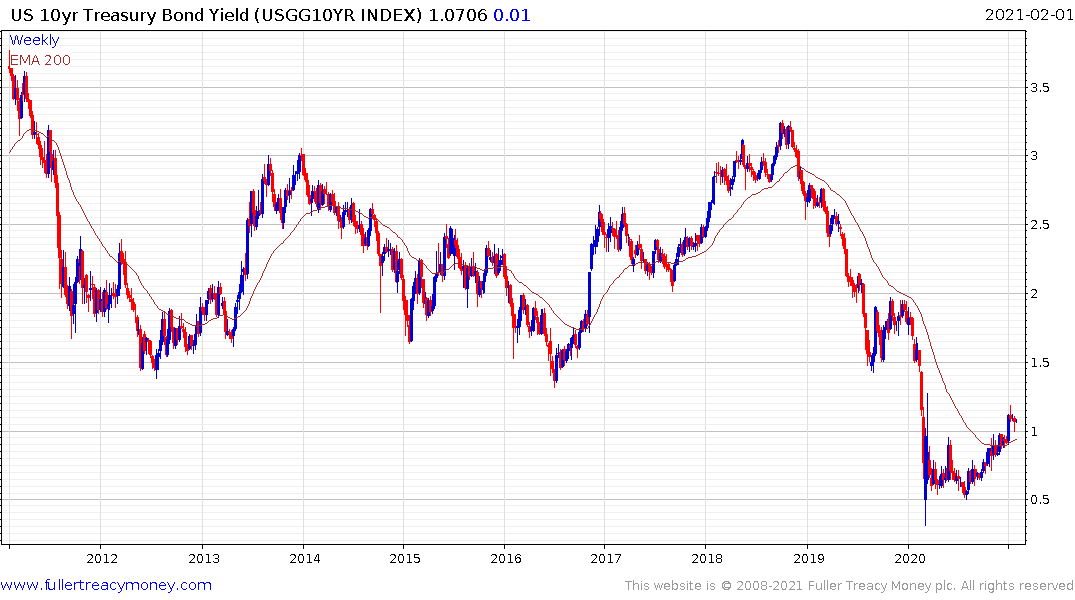 The important point I have made repeatedly is the Fed cannot allow yields to rise. The knock-on effect of a 200-basis point jump in yields adds $100 billion to the cost of servicing government debt. That’s a big tax hike just to hold even. There is absolutely no tolerance for austerity that’s why the stock market remains firm. 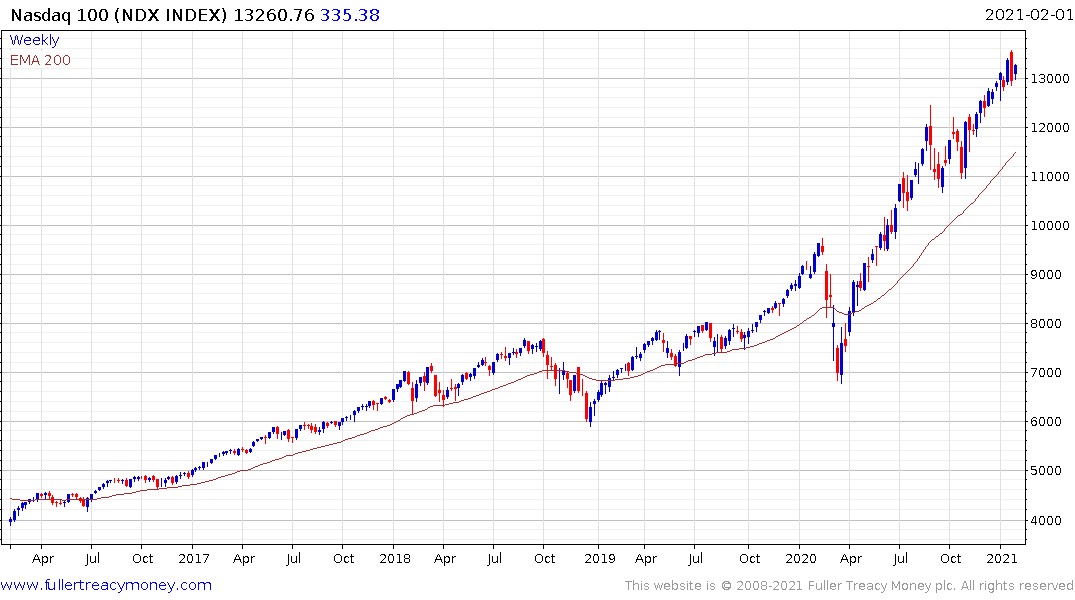 The interesting point is that David Rosenberg’s belief that deflationary forces will be impossible to overcome and Ed Hyman’s view that attempts to create inflation mean a lot of money printing add to the same conclusion. We are going to see continued money printing. 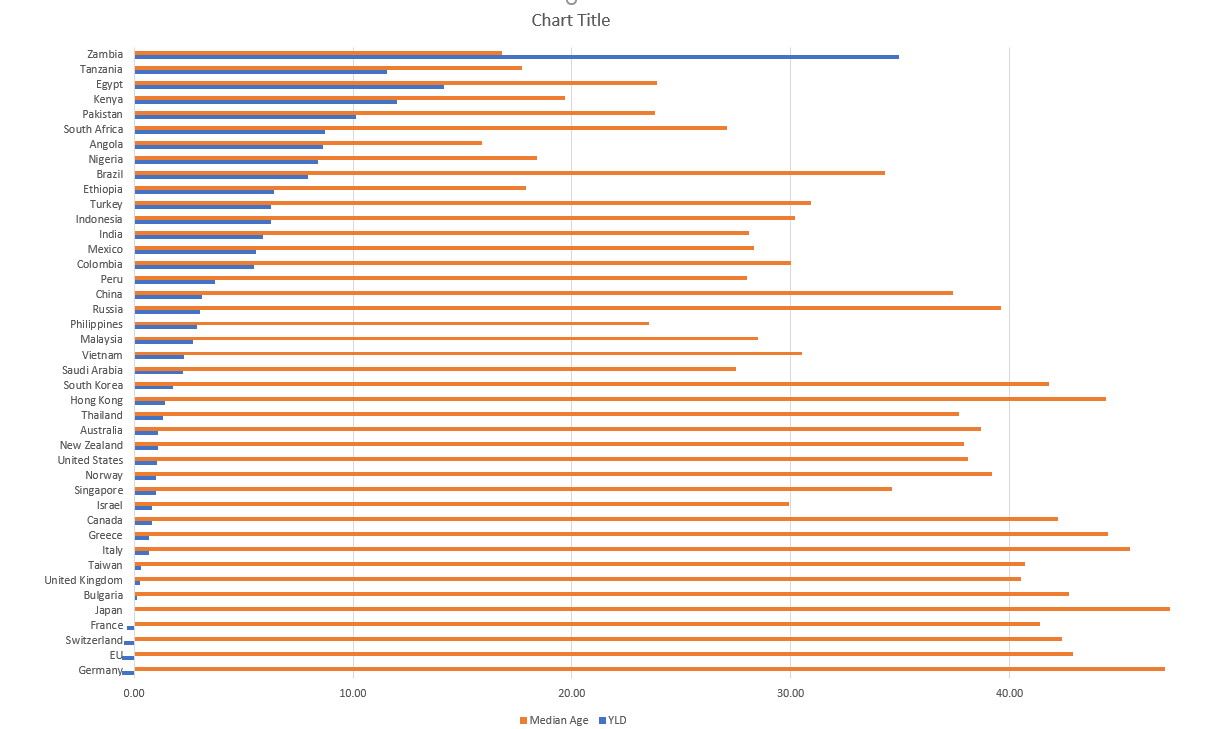 Jim Bianco created a chart of median ago against bond yields a few years ago. I created my own version over the weekend and there is no getting around the fact that no developed country with an old population has high yielding bond. The exception is South Korea and that country has idiosyncrasies in terms of geopolitical risk that do not exist elsewhere. Since the USA has more favourable demographics than either Europe or Japan it is reasonable to expect its yield will also remain higher.