From a broader perspective, inflation results from demand exceeding supply, but since globalization commenced three decades ago, it’s been an excess supply world. Asian countries are big producers of exports they send to the West, but they’re weak consumers. China’s consumer spending is just 43% of GDP, compared with 68% for the U.S. So the resulting Asian saving glut generates price-depressing excess supply. Barring a tariff wall that seals off imports from Asia, any revival of U.S. consumer spending wouldn’t be big enough to eliminate global excess supply. And President Joe Biden is less zealous on the trade war with China than former President Donald Trump.

Finally, note that some investors aren’t anticipating surging inflation and interest rates. Technology-related and other growth stocks have low earnings yields, the inverse of price-to-earnings ratios, which are justified by low interest rates. The theory is that their present stock values equal the discounted value of future earnings, so the lower that discounting interest rate, the more their equities are worth
today.

Earnings of $10 in 10 years hence is worth $9.05 today with a 1% discounting rate, but only $5.58 at 6%. So if investors expected a leap in inflation and interest rates, they’d probably be dumping growth stocks now.

Is it different this time? That’s the big question for anyone who has been monitoring the markets for the last few decades. Every time we see a recovery from a major decline, there is evidence of inflationary pressures beginning to rise. In 40 years, they have not proved to have staying power.

Despite the fact the total of negative yielding debt is still over $16 trillion and governments have increased debt to GDP ratios by double digits in the last year, there is a still a big question about whether this will lead to persistent inflation.

The winning trade in bonds for the last decades has been to buy the dip. It has always worked. Many investment luminaries have built whole careers on buying the dip. The bull market will not end until that strategy stops working. 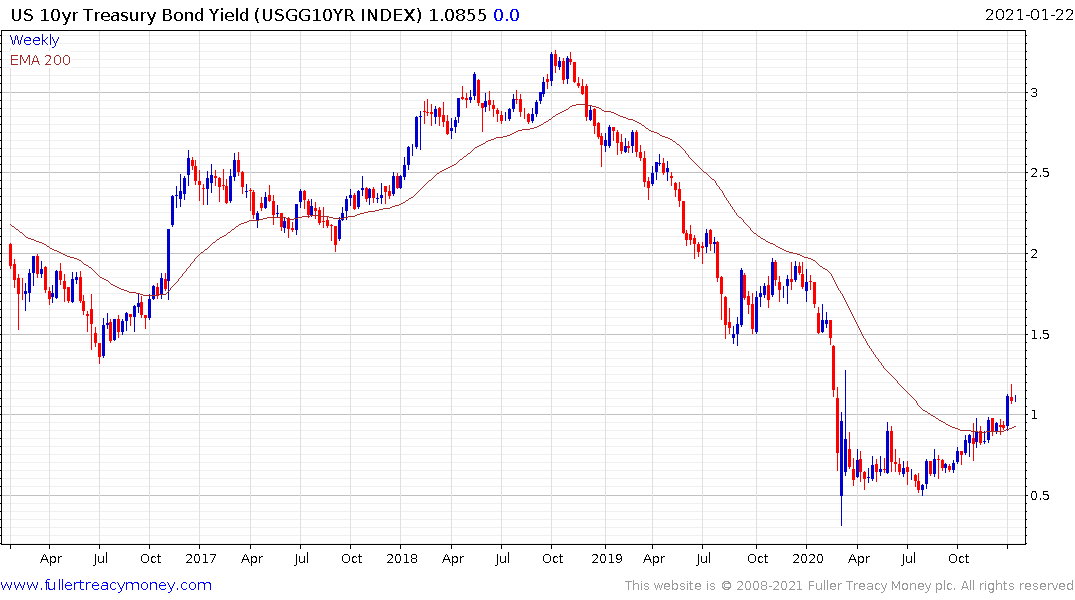 I’m firmly of the belief that bonds are where the biggest bubble is. Longer durations introduce much more interest rate sensitivity and particularly for governments and companies with ongoing funding requirements. I also believe this time is different. The Fed has moved how it measures inflation and banks are back in the credit creation business.

Just today I had an email from Chase telling me I have been preapproved for a personal loan. Here is a segment from the offer:

My Chase Loan® uses only a portion of your Chase Sapphire Preferred® card's available credit so you can continue to use your card for purchases. Use your loan to make a larger purchase, pay for an unexpected expense or as an option in your financial planning – it's up to you.

"Do whatever you want with the money just please take it" is not something I've seen in the last couple of decades. It suggests banks are back as credit multipliers which was the missing ingredient to inflation after the Global Financial Crisis.

I agree that as long as one believes interest rates can’t rise then worrying about valuations is time wasted. The extremely low interest rate environment and the potential for the USA and UK to also embark on yield curve control (following Japan, the EU and Australia), where interest rates are pegged at a permanently low level, supports the view that the bubble has further to expand. 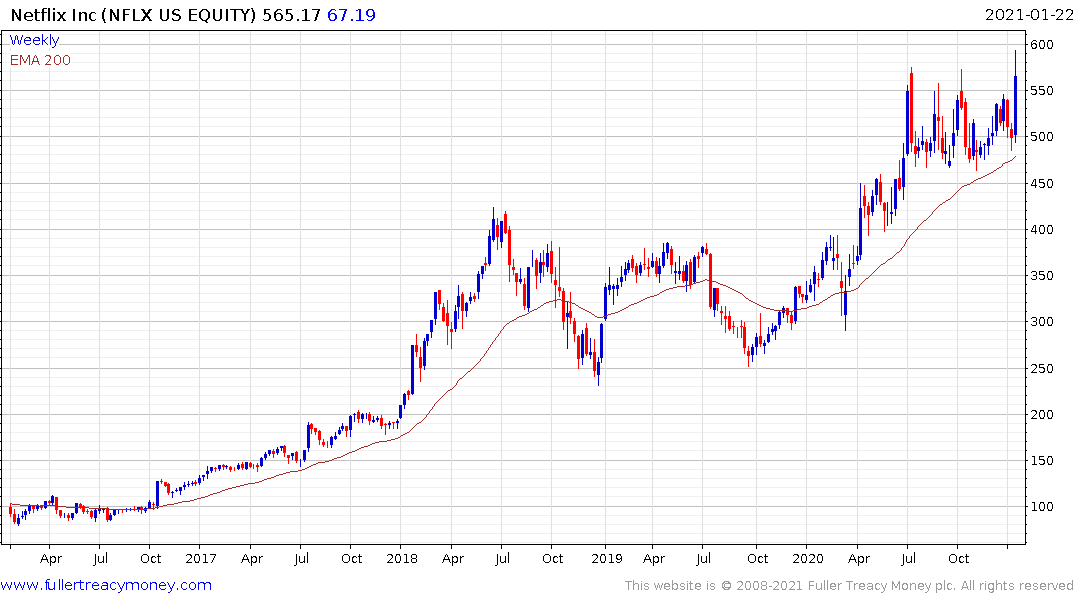 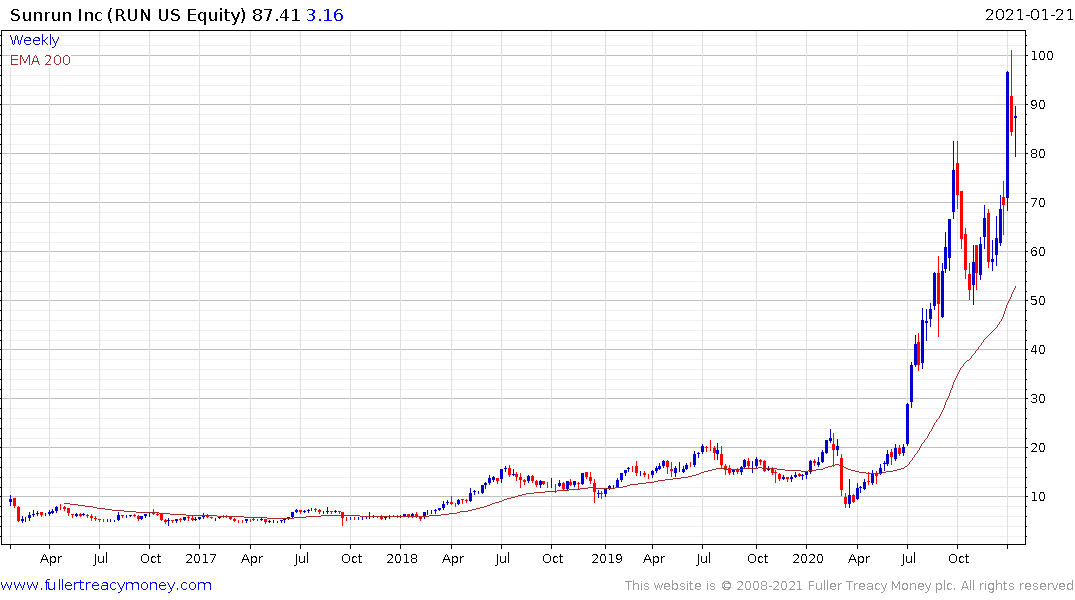 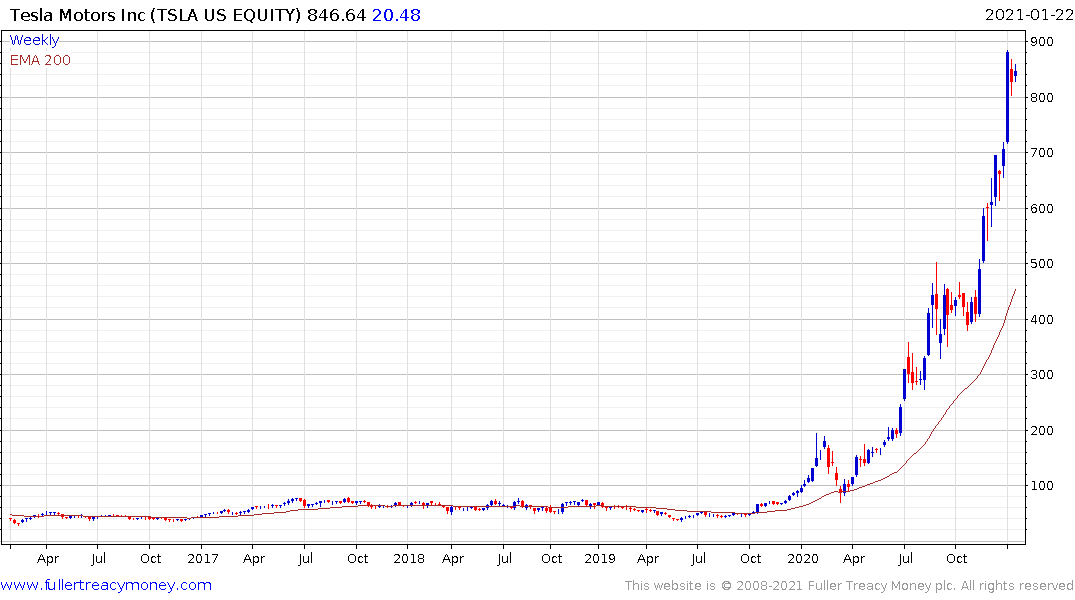 Companies like Netflix, Sunrun and Tesla have benefitted enormously from free money. They are most susceptible to any significant change in the interest rate environment. 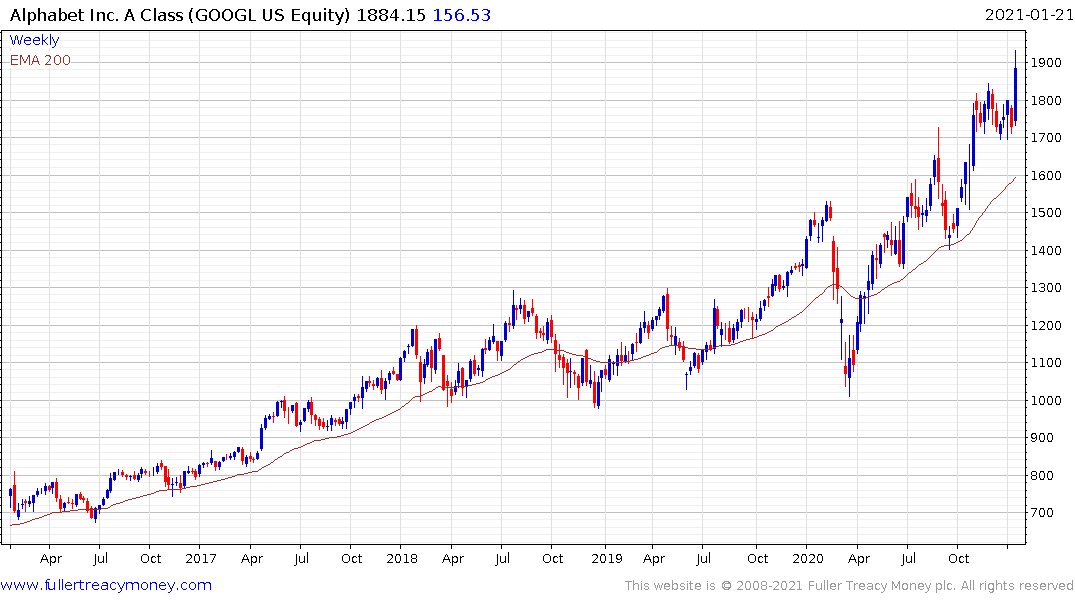 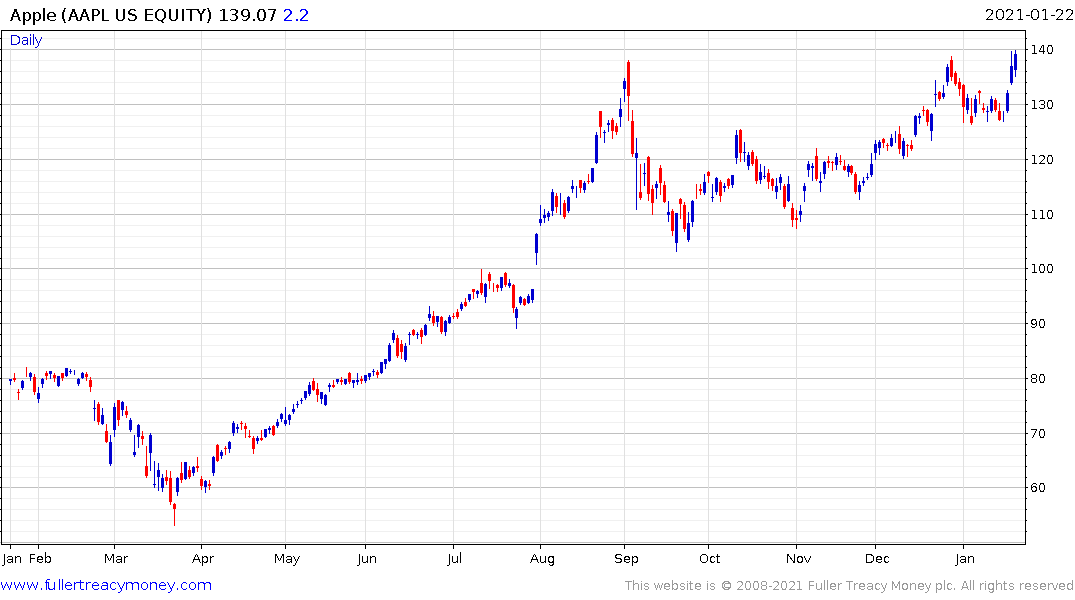 Valuations on the mega-caps like Apple, Amazon, Microsoft etc. have increased but they have all firmed following multi-month consolidations this week. Alphabet is leading the way higher.

Pension funds and other institutional investors have become large investors in private equity. It is the only way they have been able to boost returns without taking on additional equity exposure. This focus on alternatives, which is justified by Modern Portfolio Theory, has introduced a lot of illiquid assets to pension portfolios. Fuzzy valuations and massive boosts during successive funding rounds only serve to further encourage additional allocations. The venture and private equity sectors are even more interest rate sensitive than listed companies.